To shoot the climactic eight-minute dinner-party sequence in The Square — the scene everyone was talking about after the film won the Palme d’Or at the Cannes Film Festival in May — Swedish director Ruben Ostlund relied on a tried-and-true technique that great filmmakers have utilized since the dawn of cinema: He lied to his actors.

The scene takes place at the Grand Hotel in Stockholm, Sweden, in the hall of mirrors — the room where the Nobel Peace Prize ceremony is held — on a set decorated with row upon row of dining tables draped in white linen and decked out with silver and crystal. Dozens of tuxedoed and evening-gowned extras — many played by real-life Swedish art-world aristos (local painters, gallery owners, wealthy collectors) — were instructed to talk and mingle as they would at any other formal dinner event. What Ostlund neglected to mention to all but a handful of actors was that a few minutes into the scene a special guest would be crashing the party: A half-naked gorilla man — played by Planet of the Apes animal actor Terry Notary — would be set loose in the room and start beating his chest, breaking glassware and barking at the stunned glitterati.

“All I told Terry was: Come in, chase out the alpha male and mate with the prettiest girl in the room,” says Ostlund, 43, who also wrote the film. “I started my career doing ski movies, and that’s sort of what this scene felt like — that moment when a skier is flying down a mountain toward the powder, and you don’t know what is going to happen. You just want to capture something intense and unexpected.”

A satire taking aim at the pretentions and affectations of the Swedish art scene, The Square centers on a trendy museum curator named Christian, played by Danish actor Claes Bang, who finds it hard to live up to his high-minded progressive, humanist ideals. When his cellphone gets stolen, he plots elaborate revenge against the thief. After a one-night stand with an arts journalist (Elisabeth Moss), he slinks off and has trouble even recalling her name. To promote his museum’s new centerpiece — a giant square-shaped sculpture meant to symbolize the universal human values that Christian has so much trouble adhering to — he authorizes an ad campaign that appeals to the worst in click-bait culture.

While it plays like parody, the film features many scenes actually drawn from Ostlund’s own life. The cellphone robbery is based on an incident when the director got mugged. A scene in which a man with Tourette’s syndrome screams out obscenities during a Q&A session at Christian’s museum also actually happened to Ostlund. Even the big square-shaped sculpture is from the filmmaker’s past; he once created something just like it for a Swedish museum.

Skating on the thin ice between fact and fiction is something Ostlund has been doing since he first graduated from ski documentaries into features with 2004’s The Guitar Mongoloid (a drama set in a made-up Swedish city called Joteborg but filled with nonactors playing themselves) and has continued right up to his last picture, 2014’s avalanche drama Force Majeure, which was partly inspired by real-life YouTube clips (and which won a jury prize at Cannes). “I collect stories from my own life, from things I’ve seen and from stories people have told me,” he says of his process, “and see if they can fit into a feature film.” 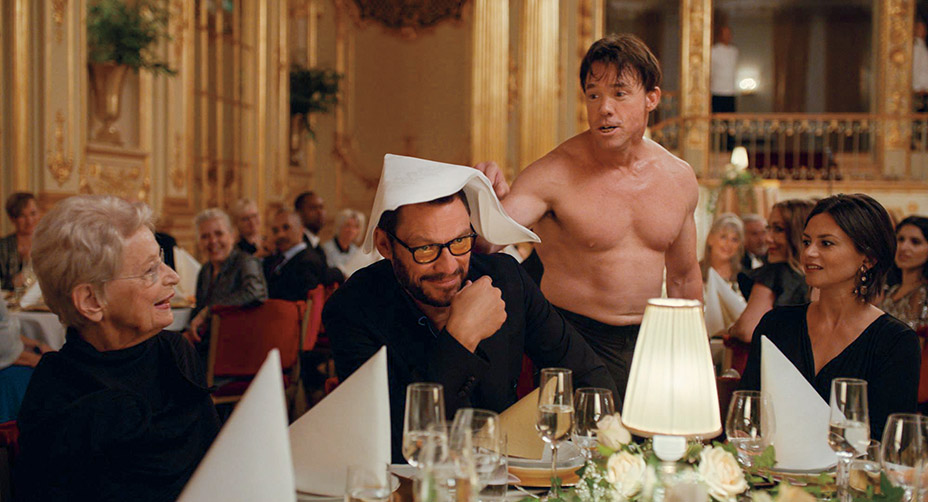 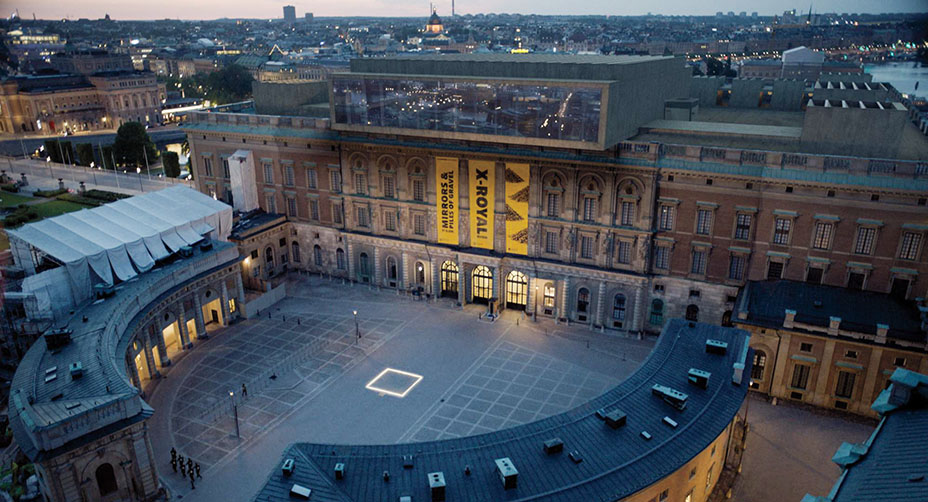 The Square is Ostlund’s first feature with English-speaking stars — along with Moss’ art journalist, British actor Dominic West has a turn as a very Schnabel-like artist named Julian. “I wasn’t sure [at first] if I wanted English-speaking actors,” says Ostlund. “I was a little scared something would be lost in the translation. But then I met Elisabeth in London, and when we started improvising, she was amazing. We did the scene where she confronts Christian after they’ve had sex — I was playing Christian, and she had an incredible ability to push me into a corner.” West also spent a good amount of time improvising with Ostlund before landing his part. “I’ve never enjoyed an audition more,” says West. “But with Ruben, the real work comes during the shoot because he does 40 takes for every scene, minimum.”

Indeed, he sometimes shoots 60 to 70 takes, filming so slowly it would have Stanley Kubrick tapping his wristwatch impatiently. “Both Ruben and I come from a documentary background,” explains his longtime producing partner Erik Hemmendorff. “We love the idea of capturing something real happening on camera.” And that, apparently, takes time. Normally dramas at this budget — $5.5 million — shoot for 25 to 30 days. Ostlund took 78. “It can get difficult because you do things over and over and over again,” says Moss, who, like West, only was on set for a few days to shoot a handful of scenes. “But it feels very creative, very much about the artistic process, as opposed to having a schedule and needing to get a scene shot by noon. It feels almost more like theater.” 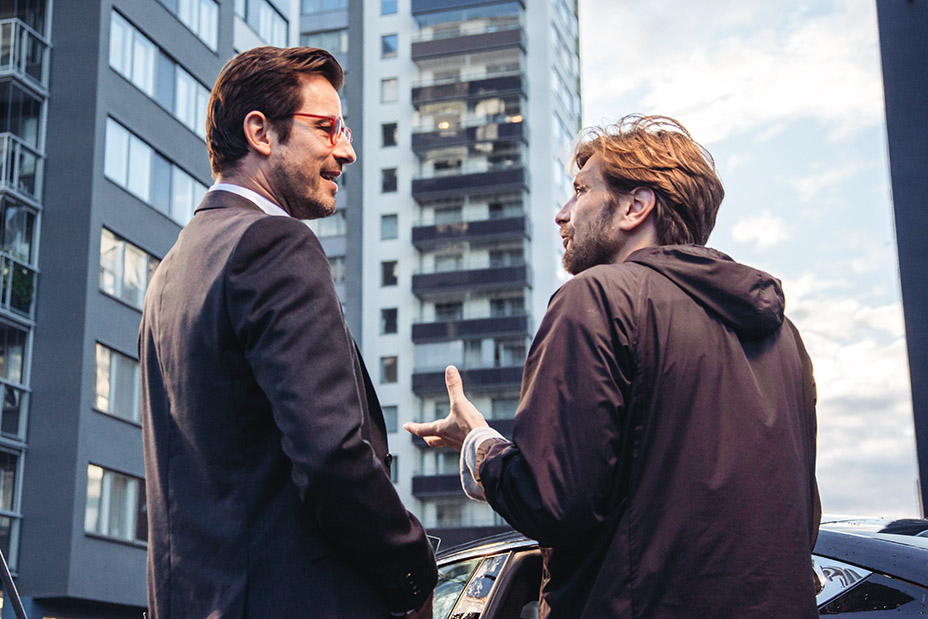 For Bang, however, playing Christian, who is in nearly every scene of the film, felt less like theater than it did a marathon. “We shot 78 days, and I was there for 73 of them,” says the Danish actor, groaning at the memory. “It was exhausting. It was take after take after take. And anytime you got comfortable, got the hang of a scene, Ruben would say, ‘Don’t do that! Don’t act!’ He wants you to be authentic. Don’t cry unless you’re sad, don’t go anywhere unless it’s actually happening in the scene at that moment.”

At a certain point, Bang’s castmates began to feel sorry for him. “He had it really rough,” recalls West. “There’s a scene in the film where he searches through a pile of trash bags. Ruben must have shot that 70 times, and some takes were 20 minutes long. As a director, Ruben likes to break an actor down, see what happens when you are in absolute despair.” 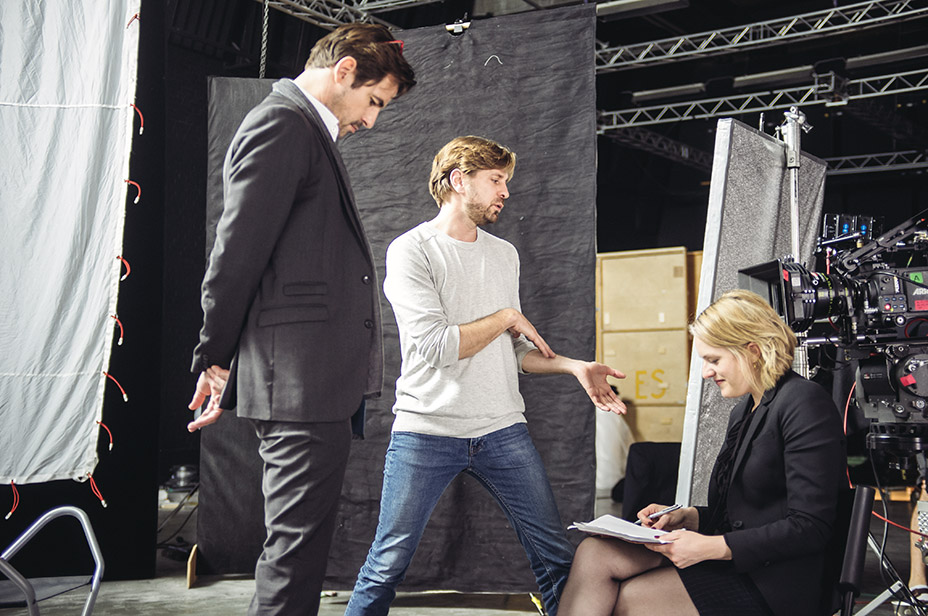 Notary’s surreal ape-man turn at the Grand Hotel ballroom was no exception. “It was 60 takes, at least,” remembers Hemmendorff. For take after take after take, Notary improvised his animal performance, charging people in the room, taunting Christian, humiliating Julian, building up to a near-sexual assault on one of the society ladies in the room. “When something worked, Ruben would say, ‘OK, repeat that,’ and that’s how we built the scene,” says Notary. “Ruben wanted it to be a giant ‘wake-the-fuck-up’ moment. He wanted the people at the party to become animals by the end of the scene, to attack my character. The only question was, how far does my character have to go to wake them up?”

For Ostlund, that scene represents the distillation of all the themes of The Square, the most concentrated bit of satire in the whole movie. “The idea of it, basically, is that we’re all animals,” he elaborates. “I’m a huge fan of [Spanish director Luis] Bunuel and his idea of presenting a mirror of society and then twisting it — making it absurd — to show the other reality underneath. Whatever societal or cultural thing we put in front, that’s what it comes down to.” 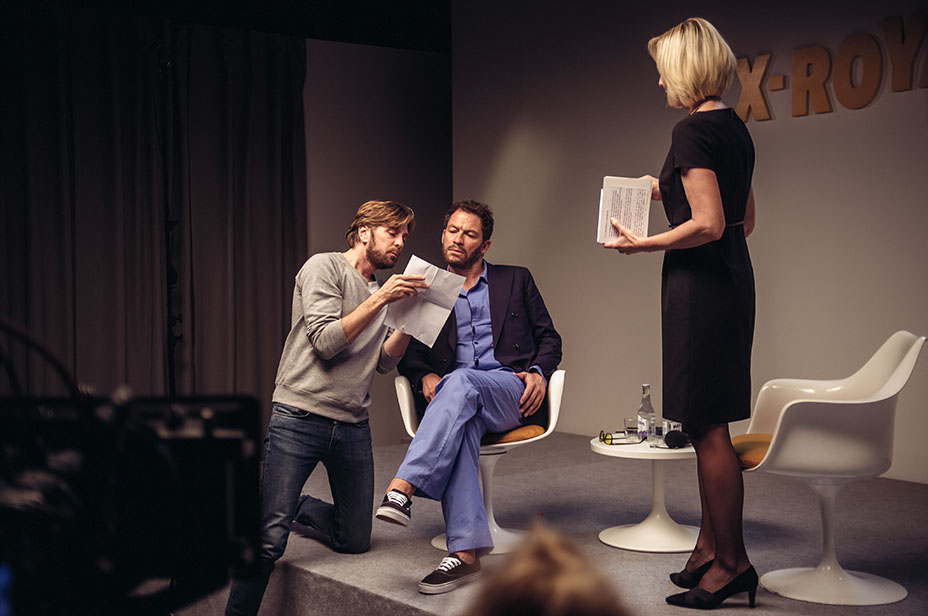 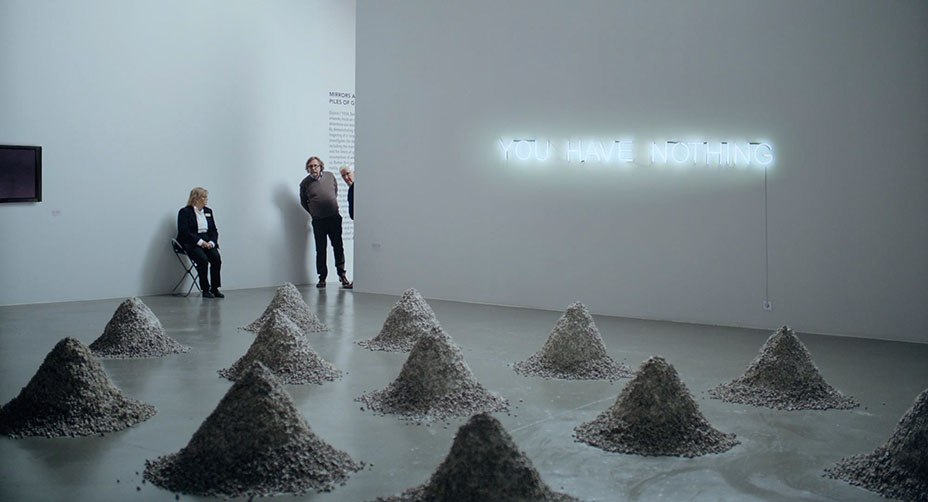