Since 2013, audiences have had the chance to follow the adventures of the Crystal Gems (Garnet, Amethyst, Pearl and Steven) on Cartoon Network’s Steven Universe. For those who’ve fallen in love with Greg and Rose’s offspring and his evolution across the past six years, Abrams Books’ Steven Universe: The Tale of Steven offers something previously unseen — the story of Steven, as told by Steven himself. (And, it turns out, some other interested parties.)

A companion to “Change Your Mind,” the finale to the fifth season of the critically acclaimed animated series, The Tale of Steven is a storybook unlike any other, in an interactive format that tells the same story from multiple viewpoints, inviting the reader to interact with the story as they wish. The book is written by series creator Rebecca Sugar, with artwork from Elle Michalka and Angie Wang.

In a statement to The Hollywood Reporter about the book, Sugar said, “The Tale of Steven is inspired by the experience of coming out to my family and friends as bisexual and nonbinary. As I spoke to various trusted figures in my life, I had an almost physical sensation of the world shifting under my feet: when someone was unsupportive I’d think, ‘Maybe they’re right, maybe this is unimportant, untrue, or inconvenient.’ But when someone understood, I’d spin again, realizing how much it meant to me that they cared, and how badly I wanted to be seen. Ultimately, I realized that in my own mind, I was putting my story in the hands of people I trusted, but as long as they weren’t me, they could never be a truly reliable narrator.”

Steven Universe: The Tale of Steven will debut at New York Comic Con, available exclusively from Abrams’ booth on the show floor at the Javits Center (#2228), with an exclusive stamp and free print also available. Sugar will also be signing copies of the book at the show. The book will be available in wide release Oct. 8. Until then, enjoy the exclusive preview of two spreads below. 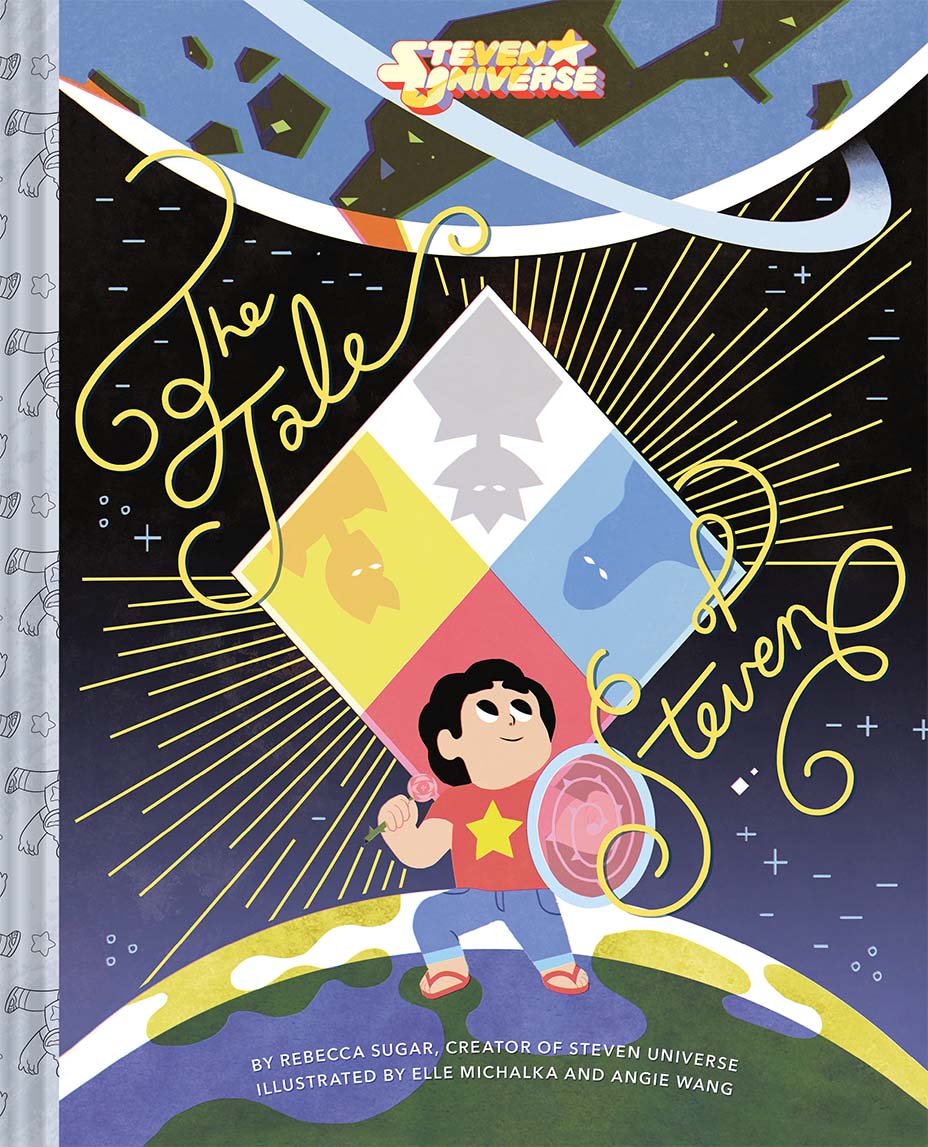 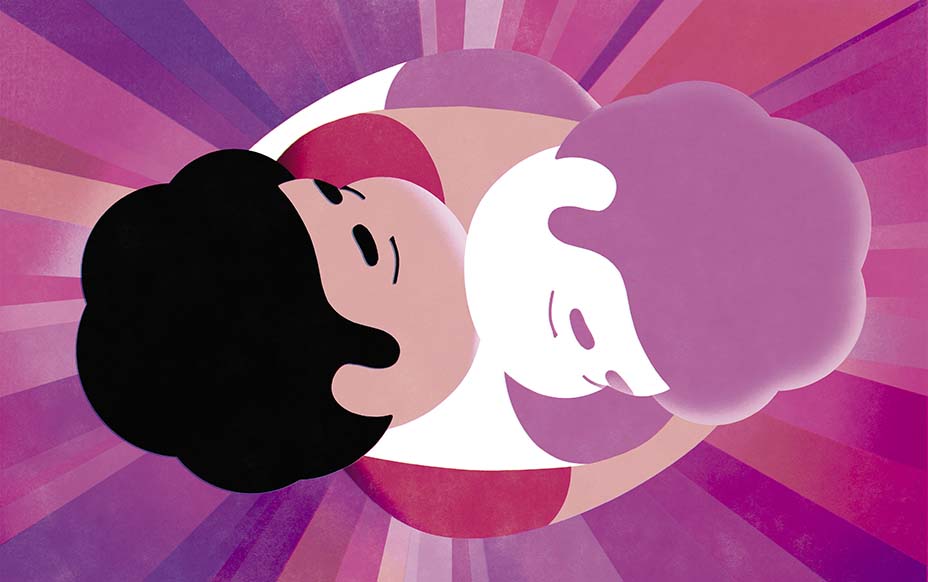 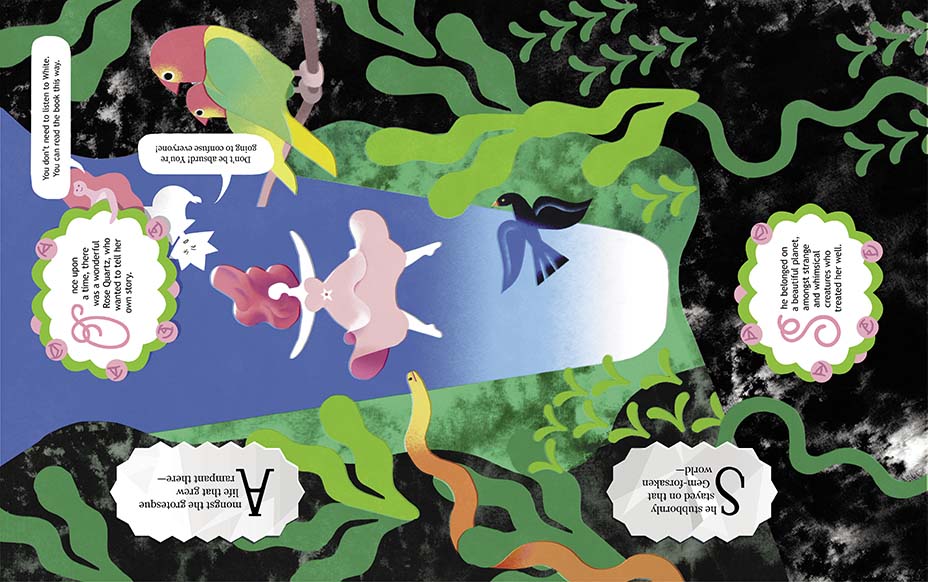