When it comes to weathering the ever-shifting release strategies of a COVID-19 world, few production companies have managed to be quite as proactive as Blumhouse. While Blumhouse has primarily thrived on theatrical experiences like most of Hollywood, with Fantasy Island, The Invisible Man, and The Hunt, forming their pre-pandemic theatrical slate, the studio has managed to easily adjust to in a climate where VOD and streaming releases have become all the more crucial.

Of course Blumhouse has also faced its share of setbacks this year with their big franchise films, The Forever Purge, and Halloween Kills, all being pushed into 2021. But through new distribution methods, Blumhouse has managed to keep its brand alive and in the conversation. Not only does Blumhouse have The Craft: Legacy going to VOD this fall and Freaky slated for theaters in November, but it also has a slate of films headed to Prime Video in October. With Welcome to Blumhouse, a curated collection of four Blumhouse films from a diverse collection of filmmakers, Blumhouse has managed to once again experiment with the way we watch and interact with movies.

Spread across two weeks, Welcome to Blumhouse, introduces viewers to four films of horror and mystery on Amazon’s streaming service, Prime Video. Veena Sud’s The Lie and Emmanuel Osei-Kuffour Jr.’s Black Box were released earlier this week on Oct. 6. And Elan and Rajeev Dassani’s Evil Eye and Zu Quirke’s Nocturne coming on Oct. 13. These Blumhouse features are not the first time the production company has taken advantage of the age of streaming, already having a selection of low-budget offerings on Netflix and monthly holiday-centric horror stories on Hulu under the Into the Dark umbrella. But what makes Welcome to Blumhouse different, besides the double-feature potential, is that all four stories are thematically linked, creating a larger conversation around the stories and what they say about us and our families while we’re either quarantined inside with them or wishing we could see more of them. 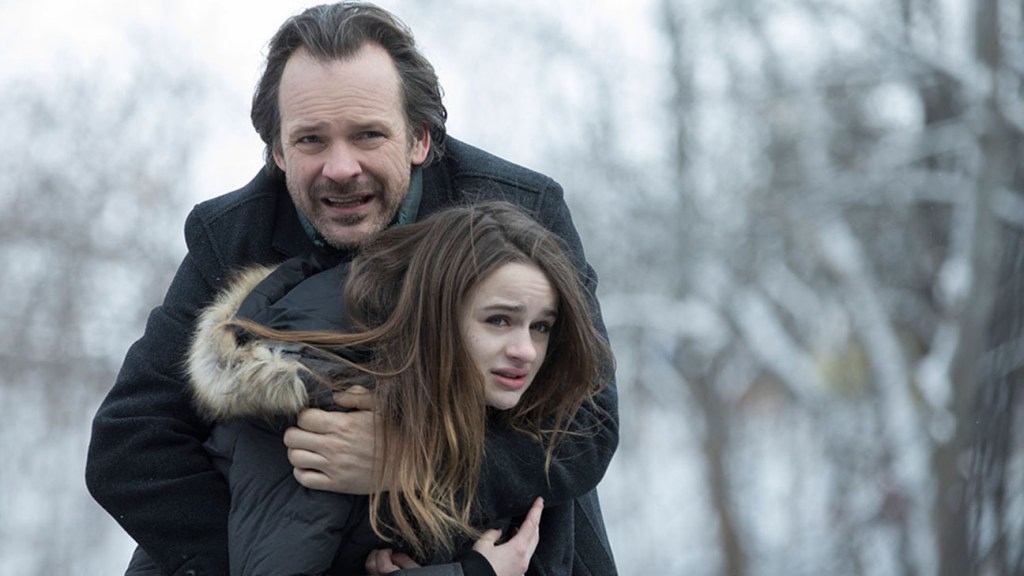 The Lie, a remake of the German film We Monsters, stars Joey King, Peter Sarsgaard, and Mireille Enos and follows a family trying to protect their daughter after an incident with a friend leads to a terrible accident. Black Box, starring Mamoudou Athie and Phylicia Rashad follows a man who undergoes an experimental treatment after a car accident takes away his memories. Evil Eye, based on the audio play by Madhuri Shekar, starring Sarita Choudhury and Sunita Mani, centers on a superstitious mother who believes her daughter’s boyfriend is the reincarnation of a man who tried to kill her 30 years ago. Lastly, Nocturne, starring Sydney Sweeney and Madison Iseman, examines the relationship between two sisters when one makes a Faustian bargain to surpass her sister’s musical talents. Each of these films explores the ties of family, and how far the act of love will go in either bringing these families closer together or tearing them further apart.

Each film has a different answer to how family hurts, hinders, or helps, all told through a specific directorial lens. There’s nothing haphazard about how this collection of films is organized, and there’s a pleasing sense of symmetry in how these stories unintentionally work in conversation with each other. In some ways, the format is a modern means of telling ghost stories around a fire, stories relevant to the present, and perhaps competitive in their very nature of delivering their twists. But these films, like fireside stories, are an interesting mixture of chilling and homey, exercises in creating discomfort, but all from the comfort of home.

Despite it not often being the case, there is still sometimes an idea shared among audiences that VOD or streaming releases are a lesser product. But, as David Koepp said earlier this year about the VOD release of his Blumhouse horror movie You Never Should Have Left, there is an intimacy to these smaller budgeted films that is not necessarily reflected in blockbuster releases. While Welcome to Blumhouse obviously has different aims than something like Halloween Kills, it’s no less important to its aims to diversify the genre. And that diversification comes not only in terms of tone, but also in terms of the filmmakers and onscreen talent. As a brand synonymous with modern horror, and one that helped change the game with Jordan Peele’s Get Out, it feels fitting that Blumhouse’s efforts to create more representation in the genre on the big screen are mirrored on the small-screen as well.

Blumhouse is the name it is today because of the theatrical experience. One of the primary reasons Paranormal Activity became the iconic franchise it did is thanks to the trailers that focused on audience reactions rather than footage from the film itself. The trailers were as much as a conversation piece as the films themselves. What’s interesting is that now with the future of theatrical releases in question, Blumhouse is still managing to create conversation pieces, to generate buzz through release strategies and internet collaborations that are almost as interesting as the films themselves. Welcome to Blumhouse, the first of two announced four-film installments offers an experience uniquely designed for home viewing, and expanding the space and means through which we can still keep horror at the forefront of genre storytelling.

An earlier version misstated that Candyman was a Blumhouse film. THR regrets the error.