On the surface, Steve McQueen’s highly anticipated follow-up to the best picture-winning 12 Years a Slave is nothing more than a glossy, mainstream crime thriller. Widows has a killer hook — a group of women whose criminal husbands have all been killed in a botched job are forced to pull off a robbery — but might not seem like a natural fit for the director behind such austere and intense films as Shame, Hunger and the superlative 12 Years a Slave. But it doesn’t take long to realize that while McQueen is now working within a more crowd-friendly genre, Widows has a lot on its mind and explores thematic avenues many other mainstream dramas would avoid.

In Widows, based on the British TV series from the 1980s, Viola Davis plays Veronica Rawlins, wracked with grief after the one-two punch of the death of her husband Harry (Liam Neeson) and the revelation that he was killed while attempting to pull off a multimillion-dollar robbery with three other robbers. Soon, Veronica learns that the target of Harry’s theft was local would-be politician Jamal Manning (Brian Tyree Henry). In a tense confrontation, Jamal demands that Veronica pay him back what Harry tried and failed to steal (the money was burned in the explosion that killed him) in a month, or else. Though Veronica seems mostly out of her depth, she wrangles together a crew made up of two of the other women (Michelle Rodriguez and Elizabeth Debicki) made widows from the failed robbery, along with Belle (Cynthia Erivo), a babysitter to Rodriguez’s children-turned-getaway driver.

Almost instantly, McQueen makes it clear that Widows isn’t going to be a straight-up crime drama; after cutting back and forth between each woman interacting with her husband, and their resultant deaths, we then meet two key characters who hover over the events of the film. There’s Jack Mulligan (Colin Farrell), running against Manning for alderman in the 18th ward of Chicago; and his embittered, racist father Tom (Robert Duvall), who’s obsessed with maintaining the Mulligan legacy in the Windy City. As much as the film is about Veronica and company trying to save themselves, it’s also about the weight of ingrained sexism, racism and classism on a larger scale. 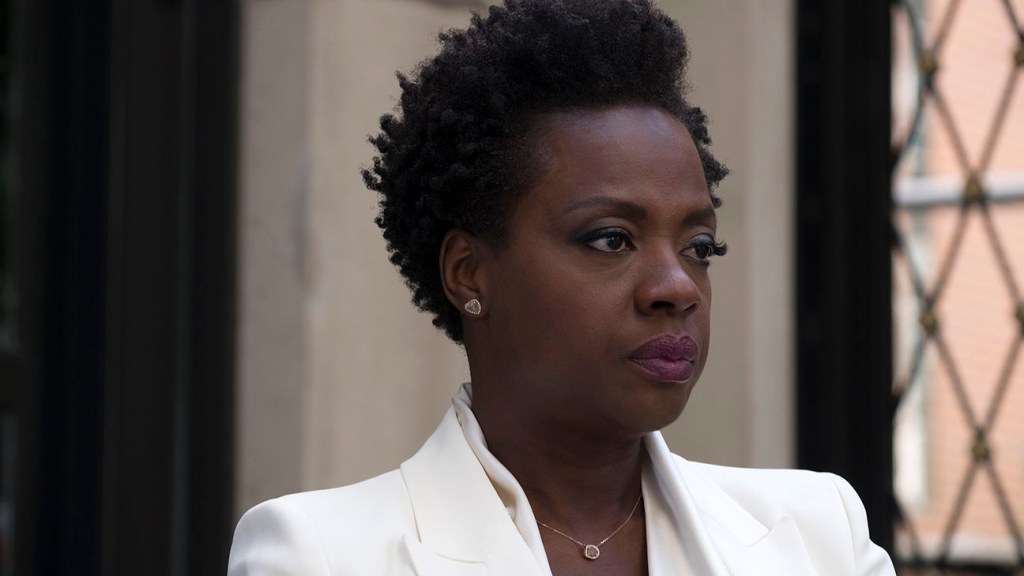 Jack, a sixth-generation Chicagoan who has made himself a solid career thanks primarily to his family name, publicly displays kindness and caring for the minority citizenry of the ward he wants to oversee, but privately spews disdainful stereotypes towards these people and their environment. In one remarkable shot, Jack escapes harsh questions from a journalist after a stump speech and gets into his town car, which then drives past the lower-class neighborhood into the ritzy part of the ward where he lives. All it takes is this one shot, and McQueen and cinematographer Sean Bobbitt slowly panning from one side of the street to the other during the drive to reflect the shift from one end of the class system to the other, to understand how much deeper this film is than simply depicting a robbery.

And while McQueen hasn’t shown a flair for action sequences in the past, his predilection for long takes serves him well throughout in upping the level of tension. Even in the opening sequence where Harry and his crew are taken out, the choice to film inside the getaway van in long takes makes each bump in the road or crashed-into car that much more powerful. And the scenes where McQueen follows Jamal’s nasty enforcer of a brother Jatemme (Daniel Kaluuya) are made even more disturbing because of the camera rarely cutting away amidst unexpected bouts of violence. In an early scene, where the camera spins around Jatemme and two of his lieutenants who didn’t stop Harry and his crew from stealing the money, the inevitable bloodshed is made more jarring because the camera’s fluid movement lulls you into a false sense of security. 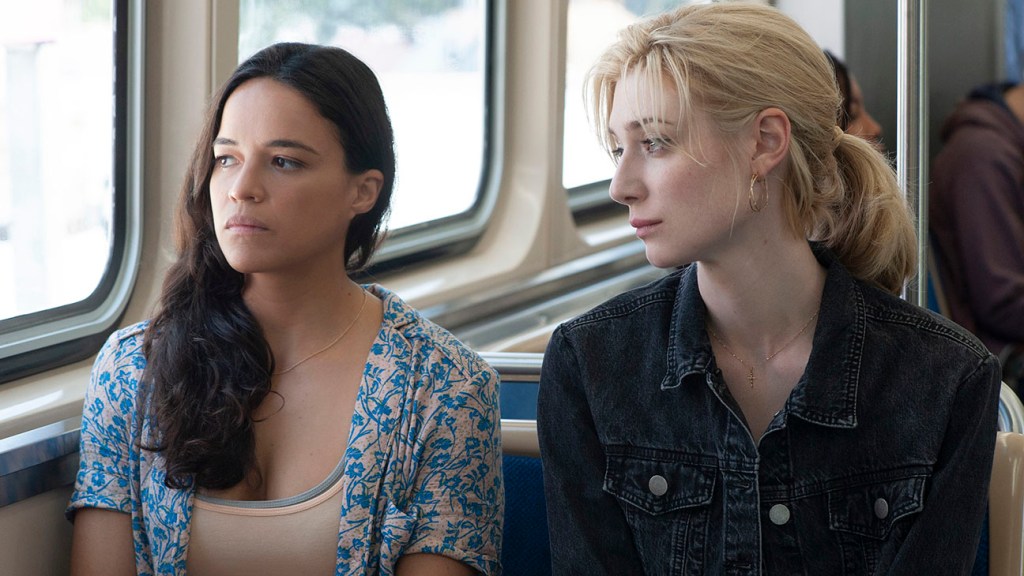 McQueen and his co-writer Gillian Flynn are also able to build out each one of the central quartet of women to give them vastly more dimension than other filmmakers would. Though Davis is the marquee star here, she’s part of a larger ensemble. Her desperation, borne from now being alone in the world coupled with the third-act twist, is well matched by that of the characters played by Rodriguez, Erivo and especially Debicki. The latter actress plays Jennifer, who initially seems like a prototypical blonde bimbo, with few cares and even less awareness of how the world works. But soon, the script and Debicki’s sharp performance reveal Jennifer’s hidden depths. Few films would dedicate time to Jennifer being tasked with procuring a handful of guns for the robbery, and even fewer would show her faking a thick Polish accent to get a more experienced person at a local gun show to help her buy the right weapons.

Widows pays off on the promise and potential of Steve McQueen’s earlier films. Though at first blush, doing a big-budget crime thriller with an A-list cast after mounting the remarkable 12 Years a Slave might seem like an odd step, Widows is every bit as remarkable. Frankly, what makes Widows work so well is that McQueen and his collaborators take the premise of this movie seriously enough without sacrificing any of the pleasures of such genre fare. The depth of characterization, the intensity of each violent act and the balance between the profound and the visceral puts this on the same level as something like Michael Mann’s Heat.