In March 2016, Will Smith was at a crossroads. After three decades in show business, he was coming off the coldest streak of an otherwise stellar career. His previous three movies — Concussion, Focus and the much-maligned After Earth — had posted relatively anemic box office numbers, earning a collective $451 million worldwide. Although the release of David Ayer’s ensemble tentpole Suicide Squad was looming, Smith’s next star vehicle would be the three-hanky drama Collateral Beauty, which he was shooting in New York and would mark his worst opening ever.

Just as things looked bleak (and with pressure building on CAA, his longtime agency), Smith made perhaps the riskiest move of his career, reteaming with Ayer for the big-budget human-orc (sort of) buddy comedy Bright. At Netflix no less. Though eyebrows were raised across town, in hindsight, the choice was bold. Sources say Smith pulled down a $27 million upfront salary — double what Warner Bros. would have paid him for the package — while extending his global brand thanks to the streamer’s reach into more than 190 countries (at the time, Bright held the distinction of Netflix’s biggest-ever budget at $100 million). In doing so, Smith also paved the way for so-called “theatrical-only” A-list talent from Sandra Bullock to Martin Scorsese to make movies for the streamer — and kept his $20 million quote intact.

What may have looked like a dicey move has been part of a savvy strategy to remake the 51-year-old star’s career for the digital age. During the past two years, Smith has reinvented his brand via shrewd product picks and cheeky web videos, earning 122 million followers across platforms. And following the blockbuster success of Disney’s Aladdin — which shocked virtually everyone by taking in $1.05 billion globally — Smith now stands near the apex of Hollywood’s star hierarchy. “If he’s not the highest paid, he’s tied for first,” says one top agent, placing him alongside Leonardo DiCaprio and Robert Downey Jr. 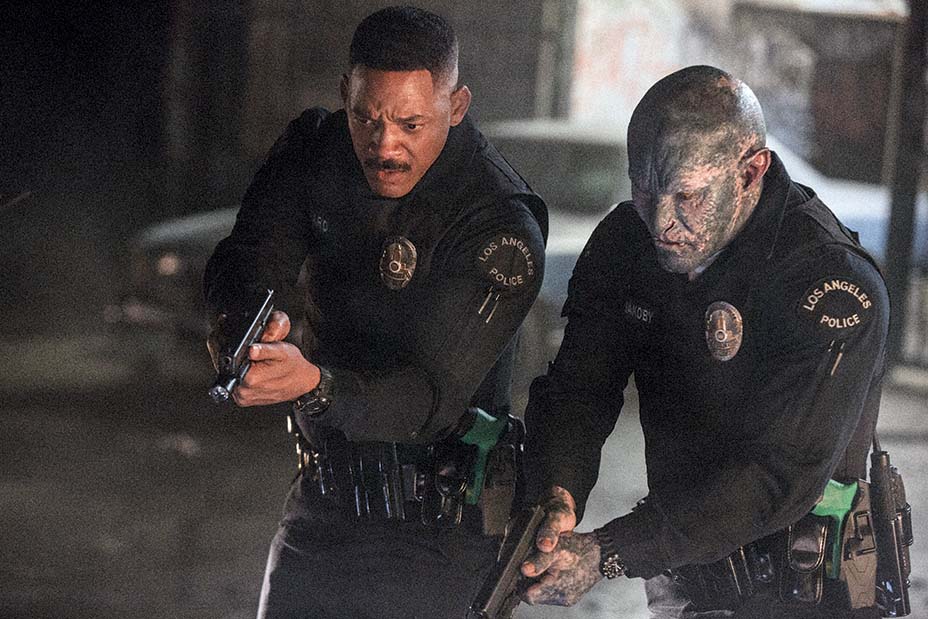 Perhaps as an insurance policy following his big-screen misfires, the rapper turned actor is now poised to make the leap to mogul status with a series of savvy social media moves and investments, including the July launch of Westbrook Inc. A cross-platform holding company that the actor oversees with his wife, Jada Pinkett Smith, Westbrook is designed to expand the Smith family brand beyond film and TV into new media, technology and even merchandising. In addition, Smith enjoys wide-ranging revenue streams that stretch well beyond his feature film wheelhouse — encompassing everything from a venture capital fund that was an early investor in Uber and now backs several tech startups, a German rights-holding company, a Smith family-owned water brand and a digital studio that has become one of the most influential creators of shortform content. Meanwhile, he continues his day job and will face a major test with the Oct. 11 opening of Gemini Man, the Ang Lee-helmed sci-fi thriller that uses special effects to create a younger version of Smith squaring off against his current self.

In short, Smith has quietly become one of the most diversified megastars in Hollywood.

“Everything he does, he does brilliantly,” says Paramount chief Jim Gianopulos, who worked with Smith on 1996’s Independence Day and now on Gemini Man. “He is truly a multihyphenate, multitalented man for all seasons.”

In fact, it’s what Smith is doing as a movie marketer that has studio execs most excited. Around the same time he signed on for Bright, Smith made another pivotal change in his career trajectory. A source says he became intrigued by Dwayne Johnson’s social media success and how it was translating into box office dollars. He pressed CAA to surround him with a team that could harness his unique voice and carefree sensibility. The following year, he joined social media — a latecomer to be sure — and has quickly amassed 38.2 million followers on Instagram, 77 million on Facebook and 6.75 million on YouTube. 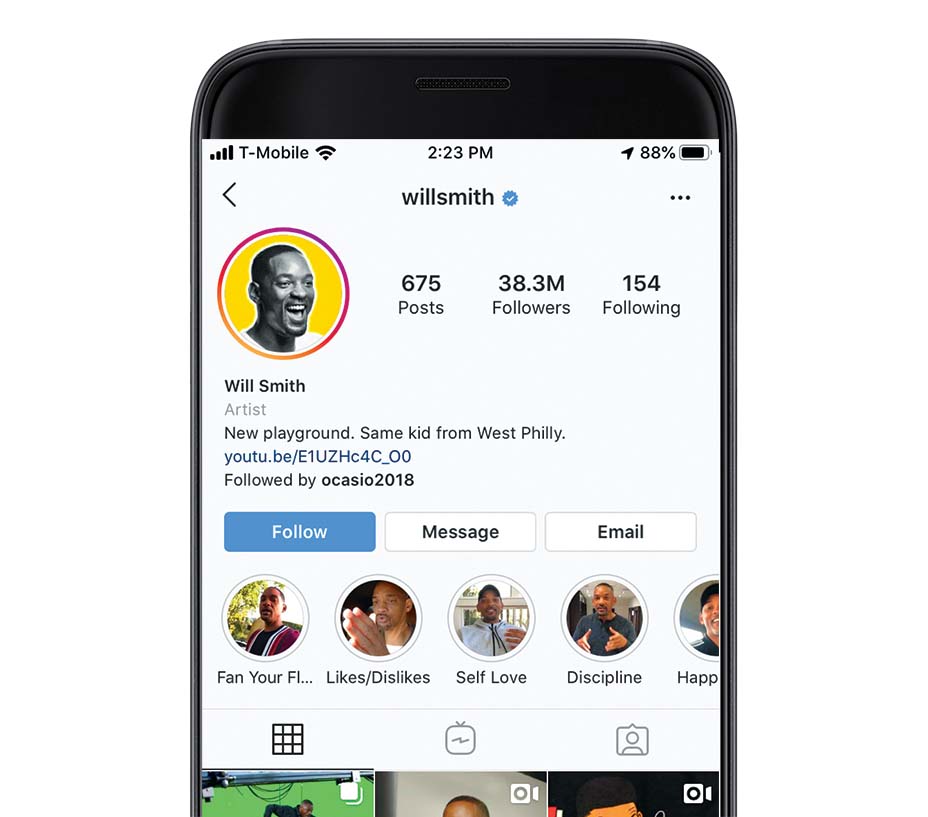 “He’s been unbelievably methodical and committed to building a social presence,” says Doug Belgrad, who collaborated with Smith on some of his biggest hits at Sony, including Hitch and the Men in Black franchise, and is producing his upcoming Bad Boys for Life with Jerry Bruckheimer. “He’s really learned how to connect with the audience, and he’s an amazing partner to the studios when it comes to digitally promoting his movies.”

Disney film production chief Sean Bailey recalls that during a stop on Aladdin‘s world promotional tour in Amman, Jordan, he suddenly spotted a drone hovering overhead and became momentarily alarmed. “I didn’t know what it was and [then realized] it was some of Will’s social,” Bailey explains. “In fact, it was an incredible pull-away shot at some beautiful ruins. I just think it feels authentic and real because it is. They’re capturing Will very professionally and thoughtfully in very real moments.”

Smith’s Aladdin efforts paid off. Sources say he received about $12.5 million up front as well as a strong backend cut that ultimately put him well above his quote. How much of Aladdin‘s box office success is the result of Smith’s digital ubiquity — he now boasts twice as many annual video views as the most followed person on Instagram, Portuguese soccer star Cristiano Ronaldo, and logged 1.1 billion total watch time minutes on YouTube — is difficult to gauge. But a sizable chunk of Aladdin‘s online trailer views and social media impressions came from Smith’s posts; one source put his share in the 12 percent to 20 percent range. As a testament to his digital prowess and viral videos — think Smith taking a Grand Canyon bungee plunge — Westbrook is now being hired by studios for promoting non-Smith projects.

“When we were coming into the release of [Aladdin], there were certain headwinds blowing in our face. There was some cynicism and negativity around the movie, and this was not one where we, going into it, felt success was assured,” adds Bailey. “Obviously, he’s an incredible force multiplier. Anything he would put out of our materials certainly got significantly broader and wider pickup. And the movie pretty significantly outperformed its tracking.”

Smith is putting plenty of his Hollywood dollars back into Westbrook while enlisting children Willow, 18, and Jaden, 21, in the effort (Jaden came up with the concept for the sustainably sourced and packaged Just Water brand, and Willow is teamed with Jada on Red Table Talk, which has become the most viewed series on Facebook Watch). Westbrook also has a handful of unnamed investors, with the ultimate goal of building an empire. Through his private investment vehicle, he and director Marc Forster acquired German rights group Telepool for some $40 million in July 2018. The move gives Smith access to German funding, distribution and a cash-generating library, and is expected to be a key element of Westbrook’s global expansion. 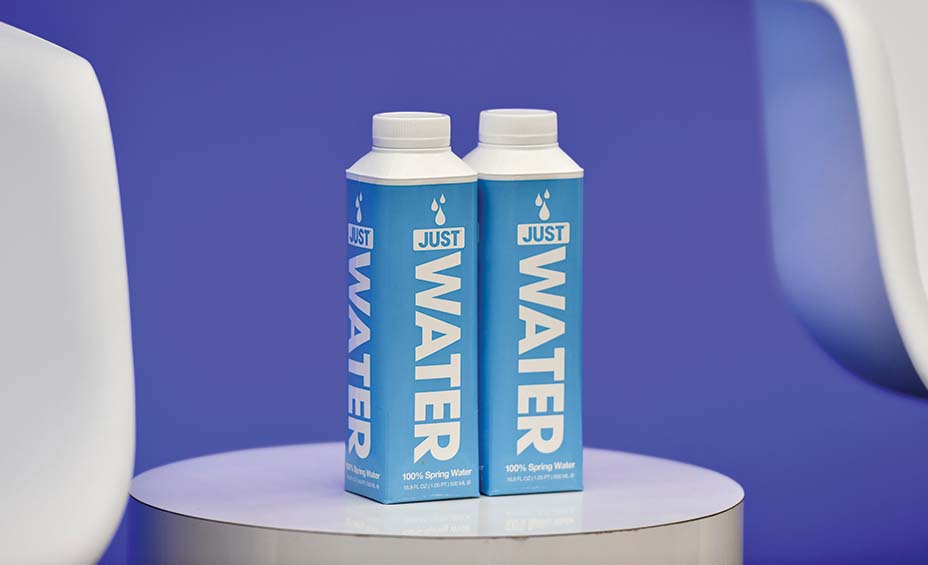 As for his other revenue streams, Smith’s Dreamers venture capital fund is invested in dozens of tech startups including Sandbox VR, Flockjay and NuRx. And Just Water is beginning to take off. Norwegian Cruise Line will replace more than 6 million plastic water bottles with Just cartons. Necks craned when Smith showed up at Target’s yearly convention in Minneapolis in September to support the brand. Naturally, Westbrook created a sleek Just Water video for Amazon Prime Day, which became the second-most-watched promotional content during the frame.

“It has definitely been a creative rebirth for Will,” says one Westbrook executive. “He comes to the office and loves to see the social content people are working on. It’s the closest thing to performing onstage because of the immediate feedback.”

Still, Smith has one foot firmly in the traditional film and TV space. In addition to producing Smith-fronted film projects, Westbrook is developing a Fresh Prince of Bel-Air spinoff series (he still earns hefty royalties from the 1990s NBC sitcom, now licensed to air in 193 territories). And as the digital enterprise begins to monetize, it continues to enhance his global box office footprint, allowing his agents to negotiate for even bigger paydays (he is earning $12.5 million for Gemini Man and will land $20 million for playing the father of Serena and Venus Williams in Warner Bros.’ King Richard).

In return, studios gain a tireless promoter, both on the ground and in the virtual world. In the run-up to Gemini Man‘s bow, Smith is doing what Smith does best: working the global audience with stunts like an unplanned 30-minute set of his greatest hits in front of a rabid Budapest audience and taking fans behind the greenscreen magic on Instagram. It’s a skill he began to hone during his Fresh Prince days, when the series first became an unlikely overseas hit.

“He has the talent, the charisma and the connection to audiences that’s unique to truly global movie stars,” adds Gianopulos. “I’ve seen him in big crowds and I’ve seen him greet little kids and fans. It’s always up close and personal.”

There’s little doubt that Netflix thinks Smith is worth it, noting in a shareholder letter that Bright “drove a notable lift in [subscribers]” and “has become one of our most viewed original titles ever.” After King Richard, he is expected to shoot a Bright sequel in summer 2020 (and receive a hefty salary bump).

“When you go into a movie that’s expensive and you’re paying him a certain salary, what makes you feel good is you know that he is going to work just as hard,” says Netflix film chief Scott Stuber. “We can do a lot in the marketing, but there’s no amount of TV spots you could buy that can replicate the authenticity and the passion of the artist saying to the world, ‘I believe in it.’ And that’s what he does really well.” 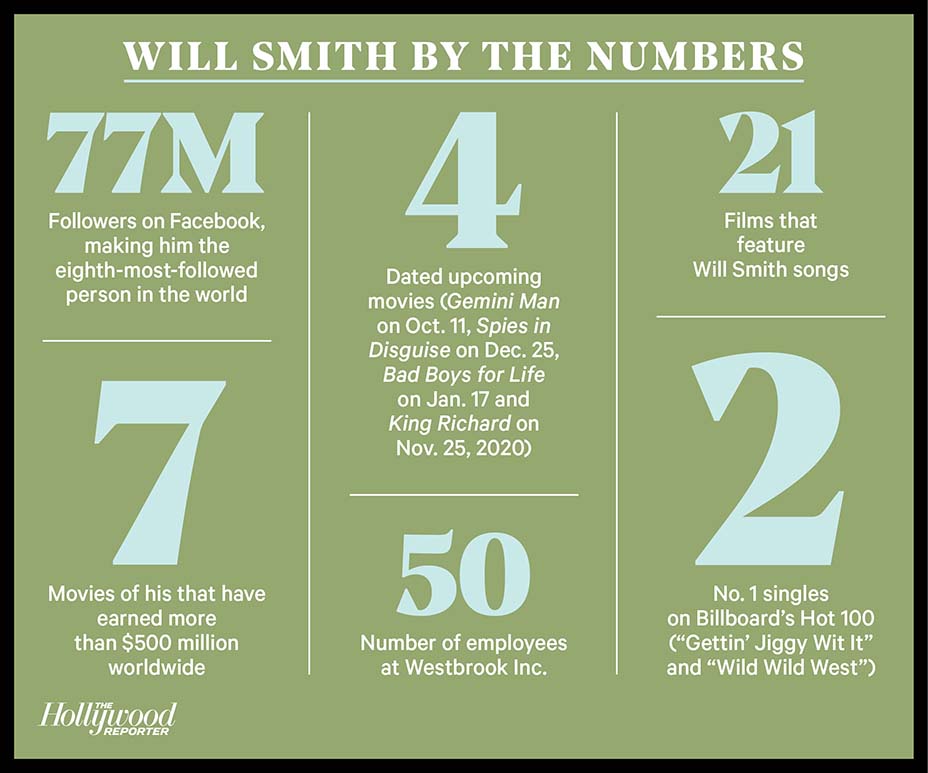