“Mrs. Onassis loved gossip and she would always ask me to give her updates,” recalls Matthew Rich, a public relations and political consultant who’s currently working on Donald Trump’s reelection campaign. For decades, his other major pursuit was accompanying society women, from Jacqueline Onassis to Ava Roosevelt, to dinners and charitable functions, a role that is often referred to as a “walker.” “As a rule I don’t talk about others, so [Onassis] would pout and call me a ‘dud,'” says Rich, adding: “One night, I went to pick her up from [her son] John [Kennedy]’s apartment and we were late for an event. She was sitting on a bed listening to his housekeeper discuss a fight he was having with his hairdresser; she wouldn’t leave until she heard the whole story.”

Ferrying prominent women to functions with a gallant persona and ready wit has made Rich a fixture on New York’s Upper East Side since the 1980s. His list of ladies has also included American diplomat Jeane Kirkpatrick and former Indonesia first lady Dewi Sukarno. Rich fulfilled a role that had long been part of the cultural fabric of the city. Much of New York’s social scene was (and still is) run by women. Many husbands were uninterested in attending endless dinners, operas and ballets; these women sought solo men to attend and charm. “It wasn’t proper for a lady in society to be without an escort,” says Michael Gross, author of nonfiction society book 740 Park. “And it wasn’t a regular occurrence for gay men to show up at galas together, so arriving with a woman on their arms was an acceptable alternative.”

Now a dying breed, walkers have gone by the wayside as social norms have changed, with gay male couples and solo women hitting the town. “More divorced women are going out with each other instead of the decorator du jour,” says Gross. Boaz Mazor, Oscar de la Renta executive at large and a former walker himself, adds that the women “don’t care about society anymore — they are happy to go out with their iPhones!” Men, too, are not as eager to attend galas, says social chronicler Christopher Mason: “A lot of walkers are happily married to each other now and have satisfying home lives.”

In the ’70s and ’80s, though, fascination with New York society was at a high point, and socialite Nan Kempner was more likely to appear on Page Six than a Cardi B. Publisher John Fairchild coined the term “walker” in reference to Jerry Zipkin, who escorted Nancy Reagan, Betsy Bloomingdale and C.Z. Guest, who was married to Winston Frederick Churchill Guest. Zipkin advised his female friends on details down to their lipstick. “He set impossibly high standards for his society swans,” adds Mason. “You had to obey him or he could be vicious. He would guide women socially, a self appointed St. Peter, deciding by whim who at Le Cirque or Mortimer’s would ascend into Nancy Reagan’s circle.” 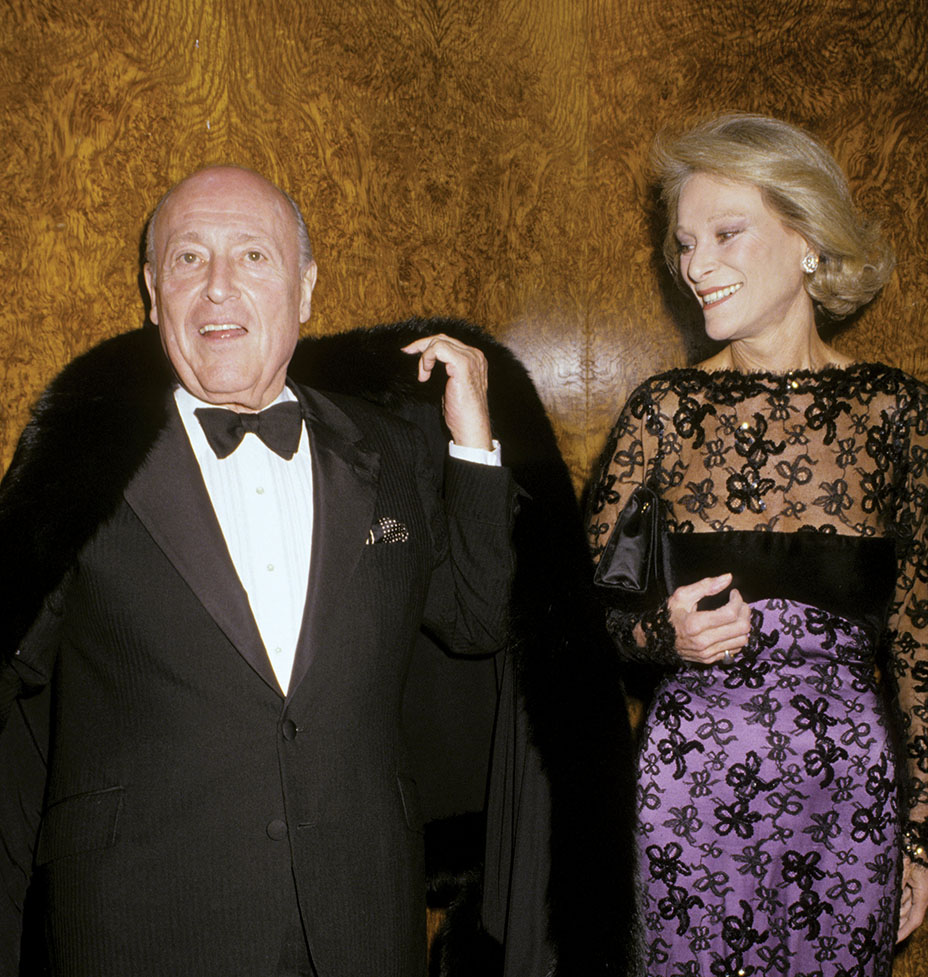 For some walkers, the appeal was just a love of glamour. “I absolutely adored to be with a beautiful girl who knew how to dress, and it gave me enormous pleasure to go out for a great evening,” recalls Mazor, who squired Ivana Trump, department-store heiress Lynn Wyatt and Kempner, the fashion-plate daughter of California car dealership mogul Albert “Speed” Schlesinger. Says Mazor: “Once, before the Met Ball, [then-Vogue editor] Diana Vreeland called and said Cristina Ford was going through the divorce with Henry Ford and needed an escort. She asked if [art critic] John Richardson and I would take her, so she arrived with one of us on each side and the paparazzi went crazy! The society girls were the stars of the Met Ball then, not Hollywood.” 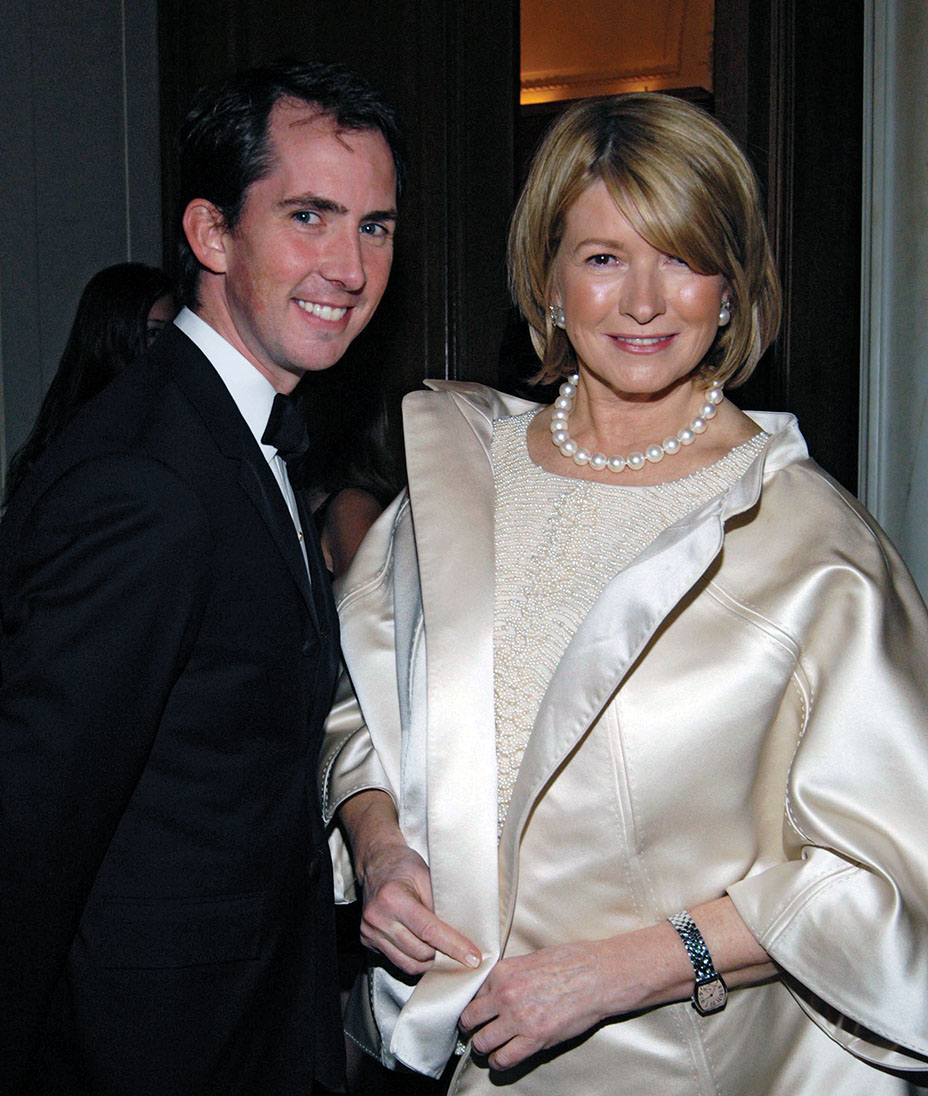 According to Rich, “To be around fascinating and powerful humans is highly addictive. It’s a supercharge and it enriches your life.” Escorts also gained access to clients, if they had something to sell, from bespoke gowns to financial services. “Bill Blass dressed Pat Buckley, went to dinner with her, and after, walked her right to his showroom,” says society publicist R. Couri Hay with a laugh. 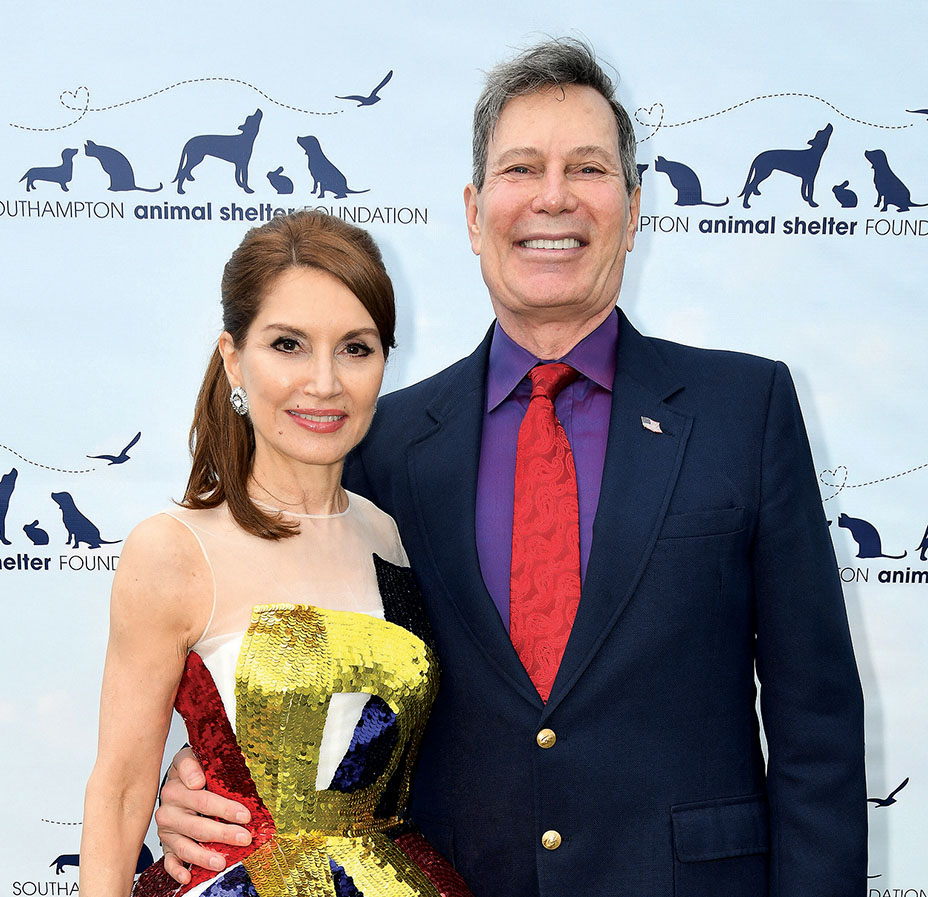 Other perks abound: “I had tins of caviar sent to my home and was given a $500 gift certificate for chauffeured limousine service,” says Mazor. “One woman I know took her walker on a shopping spree at Gucci,” adds Joan Jedell, Hampton Sheet magazine publisher. And Count Vega del Ren, aka “Mingo,” Guest’s walker, lived in a cottage on her Old Westbury estate on Long Island.

Occasionally, there are women looking for more than an amusing friend. “There are walkers with benefits,” says Jedell. “Some models charge $2,000 a night to escort women and it helps them to be photographed,” says Hay. “Many of these women are wildly attractive and rich, but don’t have someone at the time, so when a handsome young man comes along, he might be given watches and trips to Aspen or St. Moritz,” he adds. “But the rule is, never give them enough money so they can leave.” One notorious case of a mistaken walker with benefits occurred in 2001 when hotel mogul Leona Helmsley fired her walker, Patrick Ward, also an employee, when she discovered he was gay; Ward won a $10 million suit for wrongful termination.

Today, many of the walkers are publicists, seeking attention for their current clients as well as courting new ones. “After Gwyneth Paltrow broke up with Chris Martin, she arrived at an event one night with a man, and everyone wanted to know who her new boyfriend was, but it turned out to be her publicist, Stephen Huvane,” recalls photographer Patrick McMullan. “If an actress is going out on the town, any Huvane will do.”

Acting as a gatekeeper numbers among a walker’s duties. Rich says he was acutely aware of which journalists Mrs. Onassis favored and whom she was less fond of, though to most she was very cordial. “She would give them the ‘Jackie experience,’ which only lasted a minute or two but was very powerful,” he says. “She would look deep in their eyes, and in a whisper, ask something personal.” When she was ready to go, she would lightly tap twice on the right side of her head.

Onassis’ younger sister, Princess Caroline Radziwill (via her second marriage to Polish aristocrat Prince Stanis?aw Albrecht Radziwill), better known as Lee Radziwill, once borrowed Jackie’s walker for a brief, shining moment. Rich was helping socialite Judy Peabody with a soiree and Radziwill arrived early and waited in the lobby. “I saw Princess Radziwill and asked if I could take her upstairs, but she was competitive with Jackie and turned a totally sour face on me and just nodded,” he recounts. “When we stepped into the apartment, a photographer was there, and when he started to take her picture she grabbed my arm and looked lovingly into my eyes before walking away.” The photo ran the next day. “She was smart,” adds Rich, “To the world it looked like she was having the time of her life.”

Jeffery Povero, a New York-based architect who escorted Barbara Walters, likens his duties to those of Anne Hathaway’s character in The Devil Wears Prada, whispering in Walters’ ear quick reports on those approaching. “Jane Lynch came up at the height of her Glee fame and Barbara had no idea who the tall, strange woman was, so I had to fill her in,” says Povero. “Barbara hates being touched by strangers, so I also had to figure out who she knew and didn’t know, and there were verbal and physical signals. More than once, I’ve had had to grab the arm of someone trying to touch her.”

Povero fell into the role because his husband worked at ABC. “Walkers are almost always nonthreatening and well turned out, and I was so good at it that I became the obvious choice,” he says. “There were events Diane Sawyer would go to, but Mike Nichols wouldn’t want to attend and Diane didn’t want to go alone,” Povero adds. “These women have to do their mingling, and if they are with another celebrity they can’t really do that part of their work.” 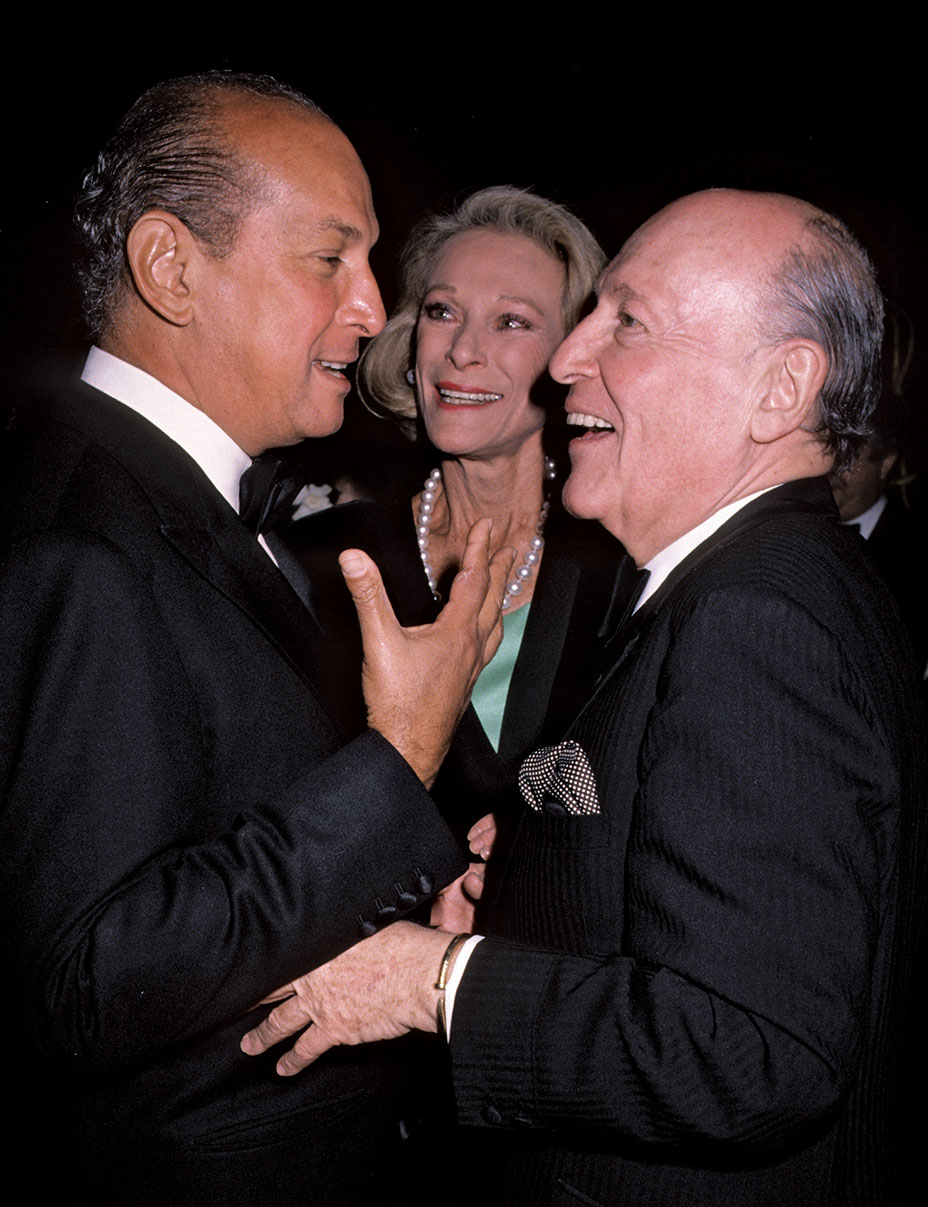 Povero breaks down what makes a good walker. “You have to be in a state of hyper-awareness,” he says. “You can never let you guard down, never have food in your teeth.” But Walters also looked out for him. “She would say, ‘It’s important to hydrate, Jeffrey. Get me a white wine spritzer and get one for yourself.'” And while he would bring her over to greet people, she was willing to help him out as well, and it was intoxicating to be part of her world. At a White House Correspondents’ Dinner afterparty at the French ambassador’s residence, Povero says, “Barbara would say, ‘Jeffery, get me Colin Powell,’ and then I could wander off a little, because she was safer in that environment, and say, ‘Let’s go talk to Bradley Cooper’ or ‘Hugh Jackman.’ That’s the moment when all the work pays off.”

Povero was treated to a performance by Lauren Bacall when he joined TV journalist Cynthia McFadden and the actress at a Sotheby’s auction of Katharine Hepburn’s estate. There was a piece of jewelry on the wall and Lauren suddenly stopped in her tracks, pointed at it and said very audibly, “That is mine! I loaned it to [Hepburn] years ago and she never gave it back!”‘

Jean Shafiroff, wife of Barclays managing director Martin D. Shafiroff, rotates among fashion designers Victor de Souza, B Michael and art aficionado Edgar Batista. “Going with a walker is fun!” says Shafiroff, who lives on Park Avenue and serves on eight nonprofit boards. Says Mazor: “When I’d pick up Nan Kempner, she was in couture, I was in black tie and [her husband,] Tommy Kempner, was in jeans, watching football and very happy to see me.” 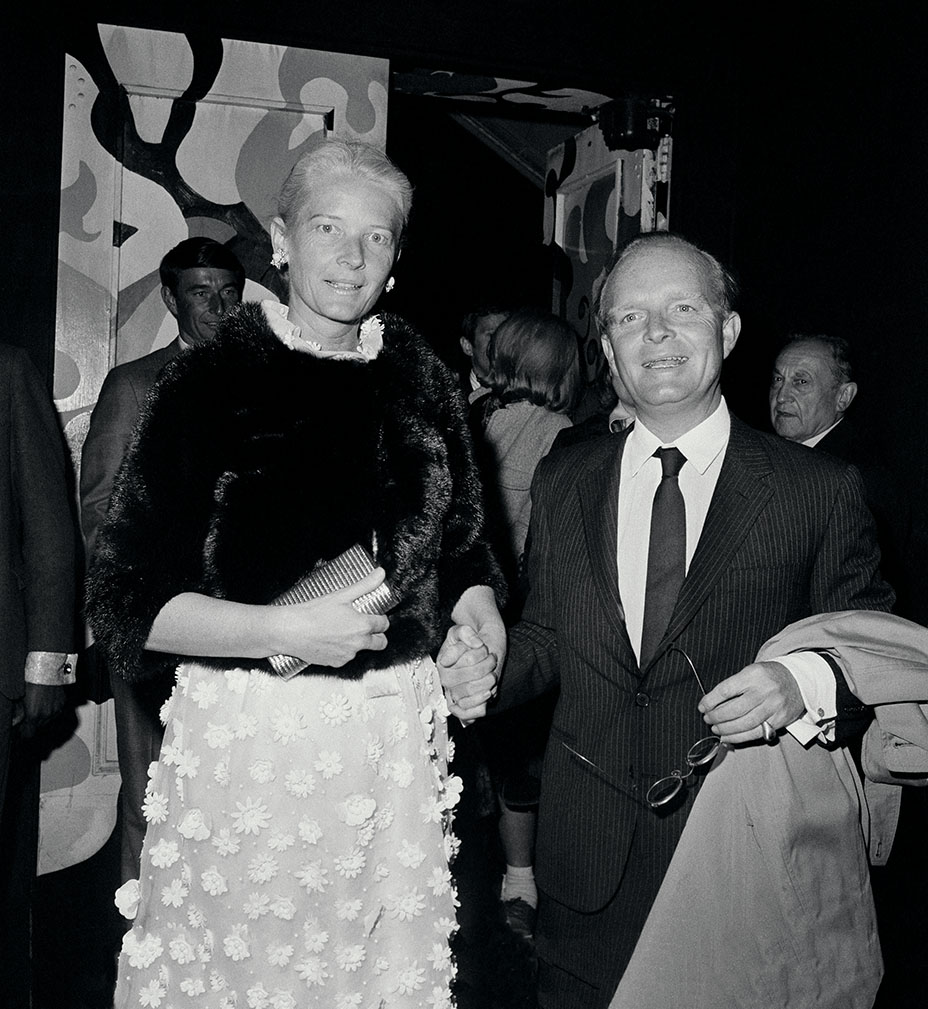 There were cases when walkers outshone the walkees. Guest’s daughter, Cornelia, whose godparents were Wallis Simpson and abdicated King Edward VIII, was squired by Andy Warhol, Truman Capote and Halston when not dating Sylvester Stallone or Mick Jagger. “In the ’80s, there were a lot of drugs, and all those walkers protected me,” says Cornelia Guest. “Andy, Halston and Truman would pick me up four or five nights a week and we would go to things like the Color of Money opening or the closing of Studio 54.” She adds, “In my mother’s time, a good walker was worth his weight in gold. It was a real job for Jerry Zipkin and Count Vega del Ren to take care of those ladies. They had all the info and knew everyone’s secrets. And they knew how to keep everyone amused.”