Nick Vallelonga was 5 years old when his father introduced him to the Doctor.

It was around 1964, and his dad, Tony Vallelonga, a Bronx bouncer at the famed Copacabana nightclub, had just finished a job as a driver and bodyguard for the great jazz and classical pianist Don Shirley (who had so many doctorates, his peers called him “Dr. Shirley”).

“Even as a child, it struck me as something you’d see in a movie,” recalls Vallelonga of the unlikely friendship between his goombah dad and the refined, erudite musician. “I guess you could say that’s when I started writing the story.”

Fifty-four years later, that story is finally getting screen time. Green Book, directed by Peter Farrelly (of the Farrelly brothers) and starring Viggo Mortensen as Tony and Mahershala Ali as Dr. Shirley, tells the true story of this real-life odd couple’s 1962 road trip through the concert halls of the Deep South during segregation (the title refers to the Jim Crow-era travel guide that helped African-Americans navigate whites-only restaurants and hotels below the Mason-Dixon Line). Judging from its reception at September’s Toronto Film Festival, where it beat out Roma and A Star Is Born for the audience award, the film might be Universal’s best shot for multiple Oscars this year. “These people had nothing in common, not race, class or interest,” says producer Jim Burke, describing why he thinks the $23 million film — part Driving Miss Daisy, part Analyze This — will resonate with audiences (and Academy voters) in today’s divisive times. “But despite all that, they found a way to come together.” 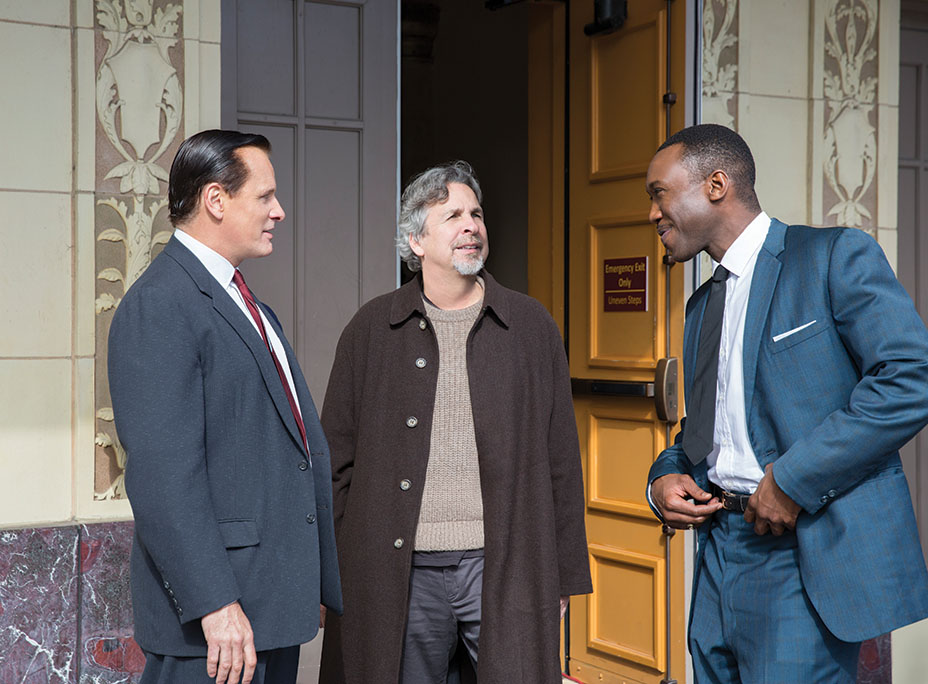 Tony Vallelonga died in 2013 at age 82 but not before finding a second, post-bouncer career as an actor. Under the stage name Tony Lip, he specialized in a highly specific type of Italian-American role, playing characters like crime boss Carmine Lupertazzi in The Sopranos and Frankie the Wop in Goodfellas. His very first role, in fact, was a don’t-blink walk-on in The Godfather, a guest at Connie Corleone’s wedding. Study that scene under a microscope and you might also spot 12-year-old Nick Vallelonga making his film debut alongside his father.

Nick, now 59, grew up to become an actor as well. His career has had its ups and downs — he landed a small part as a newspaper reporter in Splash and played an arsonist in Prizzi’s Honor — but he also wrote screenplays. And the friendship between his dad and the Chopin-playing prodigy was a subject he always knew he’d someday write about. In the 1980s, he began to record interviews with his father about his road trip with Dr. Shirley, who remained a close family friend through the years until he died in 2013, just three months after Tony’s death.

“I sort of mapped out what it should be — beginning, middle and end type of a thing — but I never fully wrote the script,” says Vallelonga. “It was Dr. Shirley who said to me, ‘I want you to do this exactly as your father has told you. But I don’t want you to do this until I’m gone.’ I don’t know what his reasoning was. But that’s what he asked me, so I waited. I held on to this for a very long time, made a bunch of terrible little movies for like 10 years” — like playing a hot dog vendor in FDR: American Badass! — “waiting for this chance to make this one.” 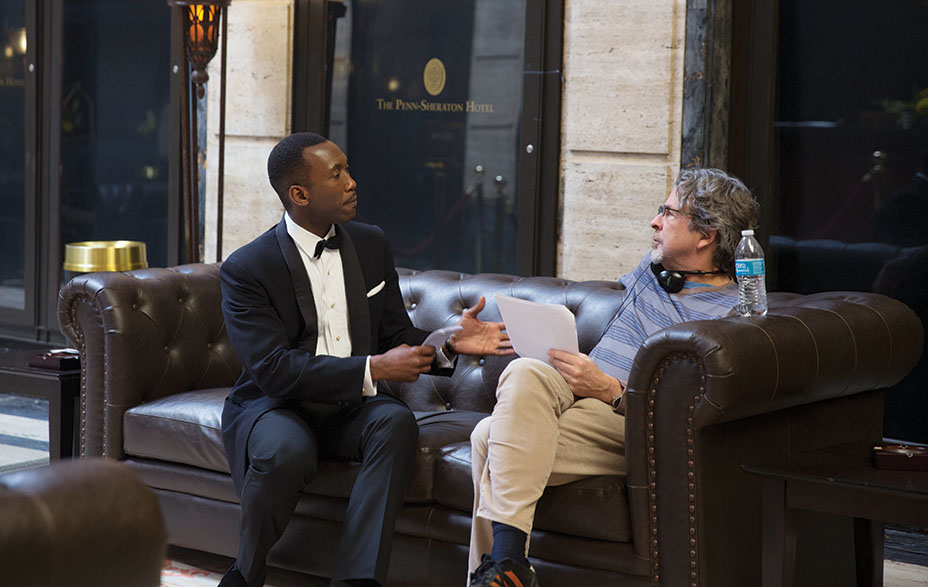 To help turn his map into a movie, Vallelonga recruited a well-connected writer-actor friend named Brian Currie. “As soon as Nick told me that story, I was flabbergasted,” says Currie. “I was like, ‘Wow. You know, let me run with this and maybe get some financing for it. Or I’ll get some people interested who could help us make it.’ ” Currie pitched the outline of the story to his old friend Peter Farrelly, meeting with the director at his house in Ojai, California, in 2015. Although Farrelly had never made a drama before — just mega-hit comedies like Dumb and Dumber, Shallow Hal and There’s Something About Mary, always with his brother Bobby co-directing — he decided to go for it. For the next several months, the three men would meet periodically in a cabin behind Farrelly’s Ojai house, where they fleshed out a story.

Once they had enough presentable pages, Farrelly took the pitch to Focus Features’ production president Burke, who co-produced Farrelly’s Kingpin. Burke couldn’t have loved the concept more. “I bought it right there in the room,” he remembers. “That’s the first and only time I’ve ever done that.”

But Hollywood giveth and Hollywood taketh away. Within a few months, there was an executive shuffle at Focus: Burke left to produce and the new brass passed on the script. Instead of giving up, though, Vallelonga, Farrelly and Currie — with Burke now joining as a producer — continued developing the project. Farrelly figured if they could sign a big name as one of the leads, it would help land another studio, and the big name he had in mind was Mortensen. The two-time Oscar nominee, though, was not easy to convince; he passed on the project five times before finally agreeing to play Tony Lip. “It was one of the best original screenplays I’ve ever read,” says the Danish-American actor. “But out of respect for Italian-American actors, I said, ‘I don’t know, Pete, if I’m the right guy.’ ” 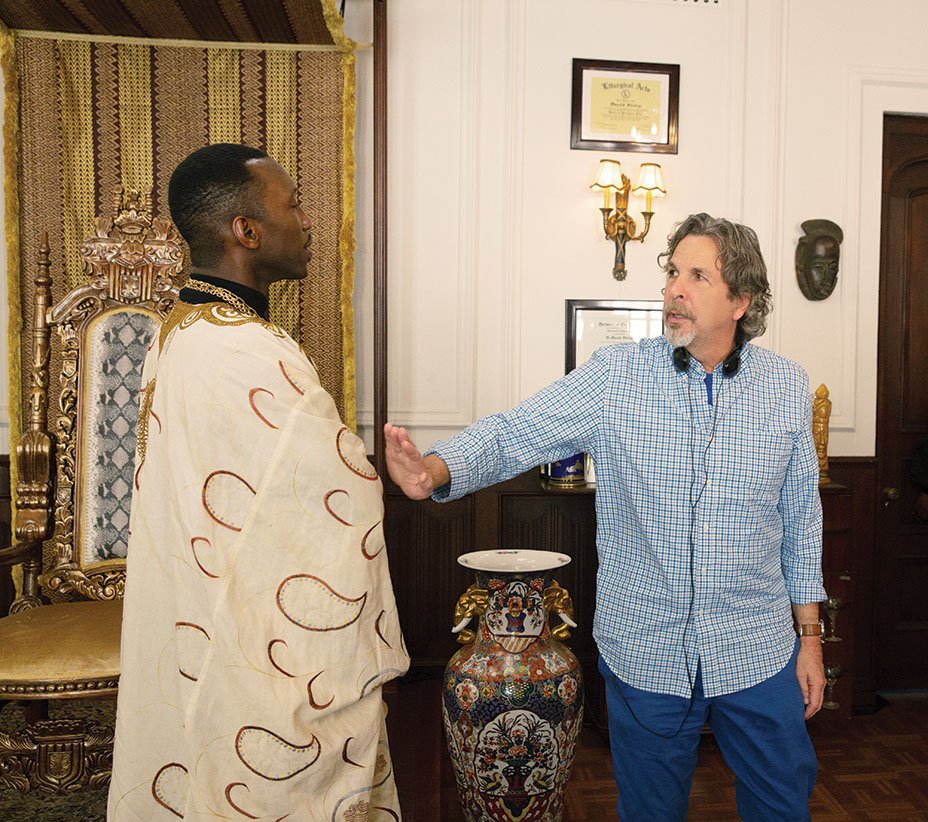 Once Mortensen was on board, getting Ali was a snap. Coming off a best supporting actor Oscar for 2016’s Moonlight, he had his pick of roles. But during that year’s awards campaign, Ali had struck up a friendship with Mortensen, who was nominated for Captain Fantastic. “To connect and click the way we did and then find ourselves working on a movie a year later — it was a little bit surreal,” Ali says.

With those two leads locked in, Farrelly assumed it would be easy to find financing. It wasn’t, at least not for the movie everyone involved wanted to make. A couple of studios expressed interest but only if the script could be refashioned as a buddy comedy. But Farrelly and the others stuck to their guns. In the end, it was Currie’s connections that saved the day. One of his college classmates, hedge fund manager Ted Virtue, offered to put up half of the film’s $23 million budget. In an effort to land the other half, longtime Farrelly producer Charles Wessler sent the script to indie finance guru John Sloss, who signed on to shop it with his Cinetic Media partner Steven Farneth. One of their first stops was Participant Media’s Jonathan King. Participant execs loved the idea so much, they decided to back the picture — but only if they could be the sole financier. Virtue gallantly retreated. And Octavia Spencer, who had been enlisted as an executive producer, worked the phones and eventually got Universal’s Donna Langley to commit to release the film. 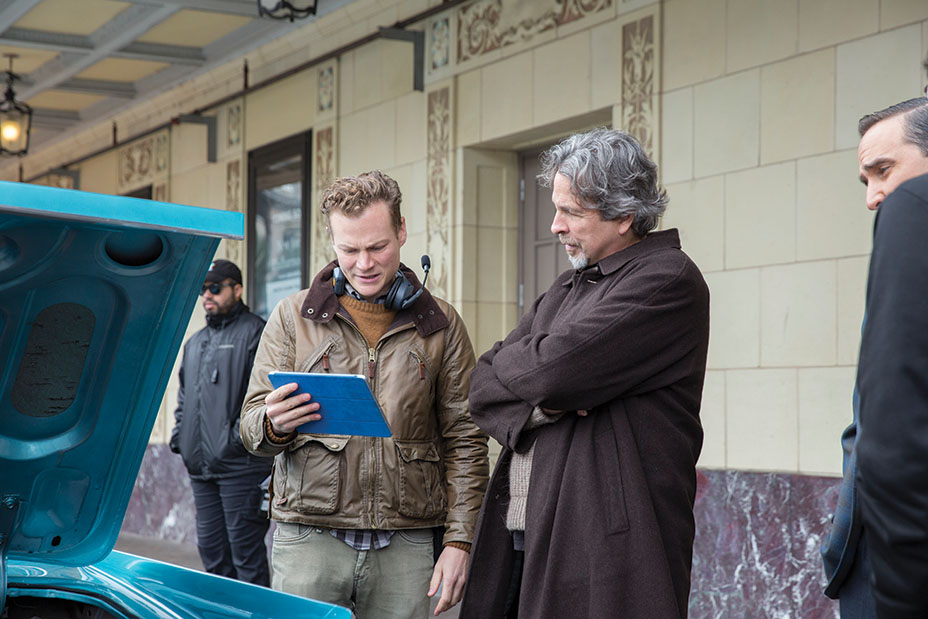 Production began in New Orleans in November 2017. For Mortensen, there were two main challenges. The first was packing on 40 to 45 pounds. “It fluctuated depending how much I was eating on a given day,” he says. The other was mastering Tony’s Bronx accent. Fortunately, Nick Vallelonga still had the audio recordings he’d made with his dad, which Mortensen studied. Ali, on the other hand, had it easy. All he had to do was play the piano like a virtuoso. Luckily, his character in Netflix’s Luke Cage series also was a pianist, so he had some training. “I still had to take lessons because I was nervous about the music being a distraction if I couldn’t pull it off,” he says. 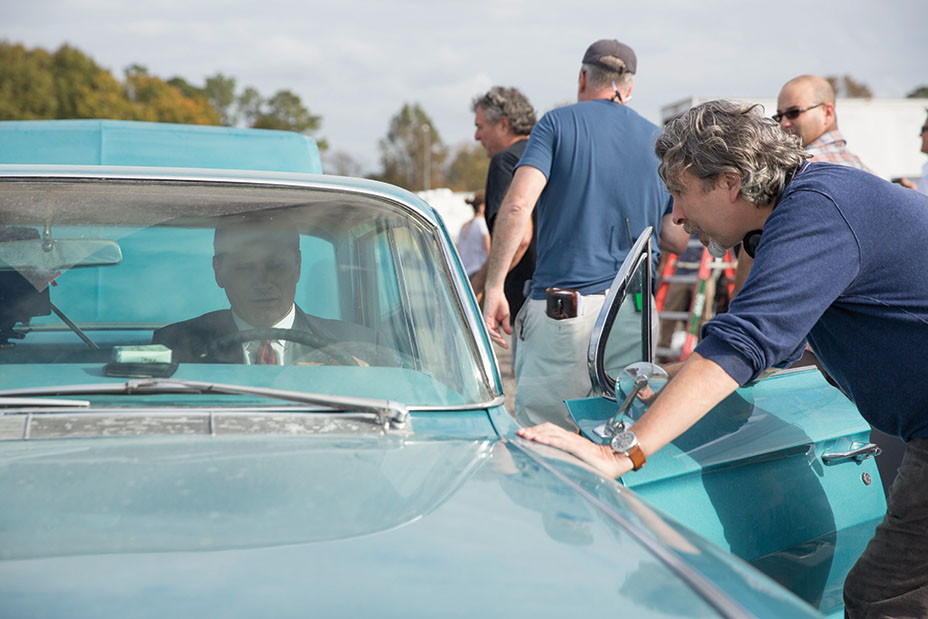 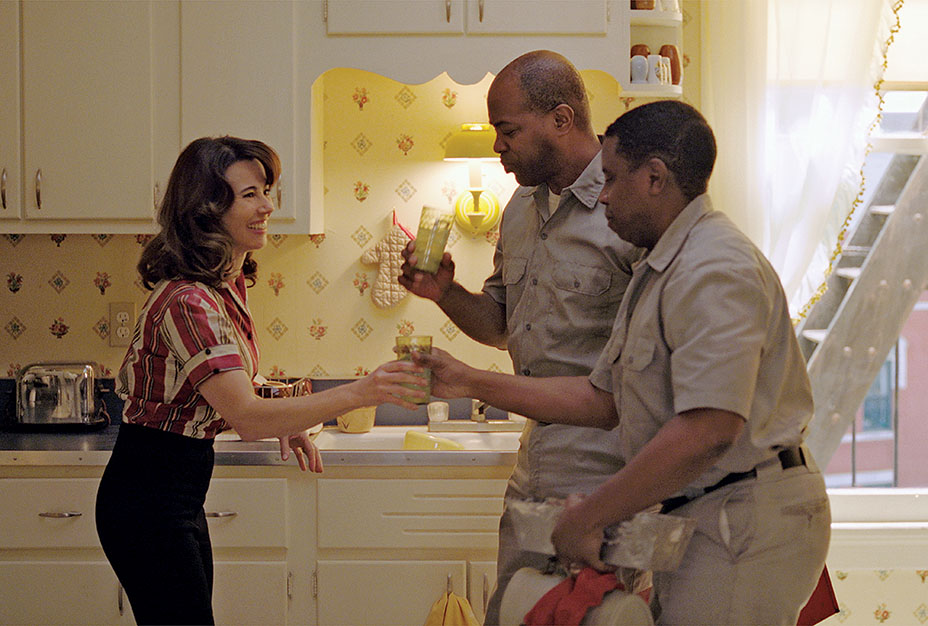 For his part, Farrelly had multiple challenges, starting with directing on his own without Bobby at his side. Even more daunting, the film he was making didn’t have any gross-out jokes. On the contrary, it was about race, as serious a subject as filmmakers can tackle these days. One of the most difficult scenes to shoot, Farrelly says, was a small moment early in the picture when Tony is tidying up his kitchen after two black workmen have been in his home. With a look of revulsion on his face, Tony picks up two drinking glasses that the workers used and deposits them in a trash can. “It’s the most racist thing he does in the movie, and I had a hard time with it because of the two actors who were playing the workers,” Farrelly says. “That scene got to them because they lived that.”

Of course, as with all movies based on real life, Farrelly had to take a few cinematic liberties with the facts. For instance, in the film, Tony and Dr. Shirley’s road trip lasts two months. In reality, it went on for a year. “We only told the first leg of it,” says the director. “We cut things because it would’ve been too much.”

A sequel, in other words, is not out of the question. 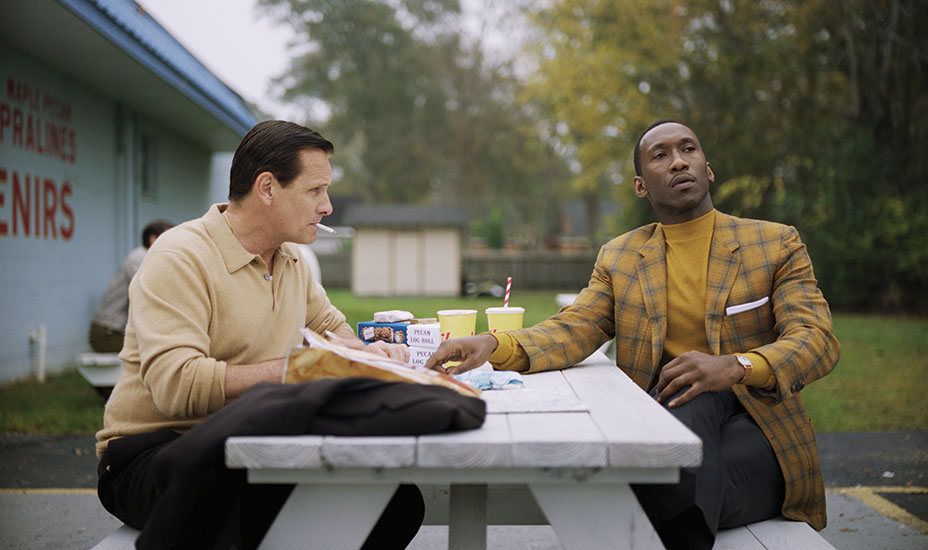