When Evan Spiegel first visited the 1,700-square-foot ocean-view cottage in Malibu where supermodel Miranda Kerr lived alone with her son Flynn in 2015, it was an aesthetic match. The Snapchat co-founder “loved it and thought it was welcoming, open and light, yet cozy,” says Kerr, adding that the couple’s favorite part of the four-bedroom cottage became “the kitchen, as it’s the heart of our home.”

Kerr, 36, and Spiegel, 29, since have increased their properties to include a $12 million, 7,200-square-foot Brentwood estate, where they married in 2017. They’ve also grown the family: Flynn, Kerr’s son with ex-husband Orlando Bloom, and their 2-year-old son, Hart, were just joined by newborn Myles. As Spiegel dukes it out in the digital wars (inxcluding defending his wife’s phone radiation fears at an Oct. 4 tech conference), Kerr is expanding her footprint — 25.3 million followers across social media and a Kora Organics beauty biz with revenue that increased 190 percent in 2018 — to encompass the launch of a home collection with Universal Furniture. 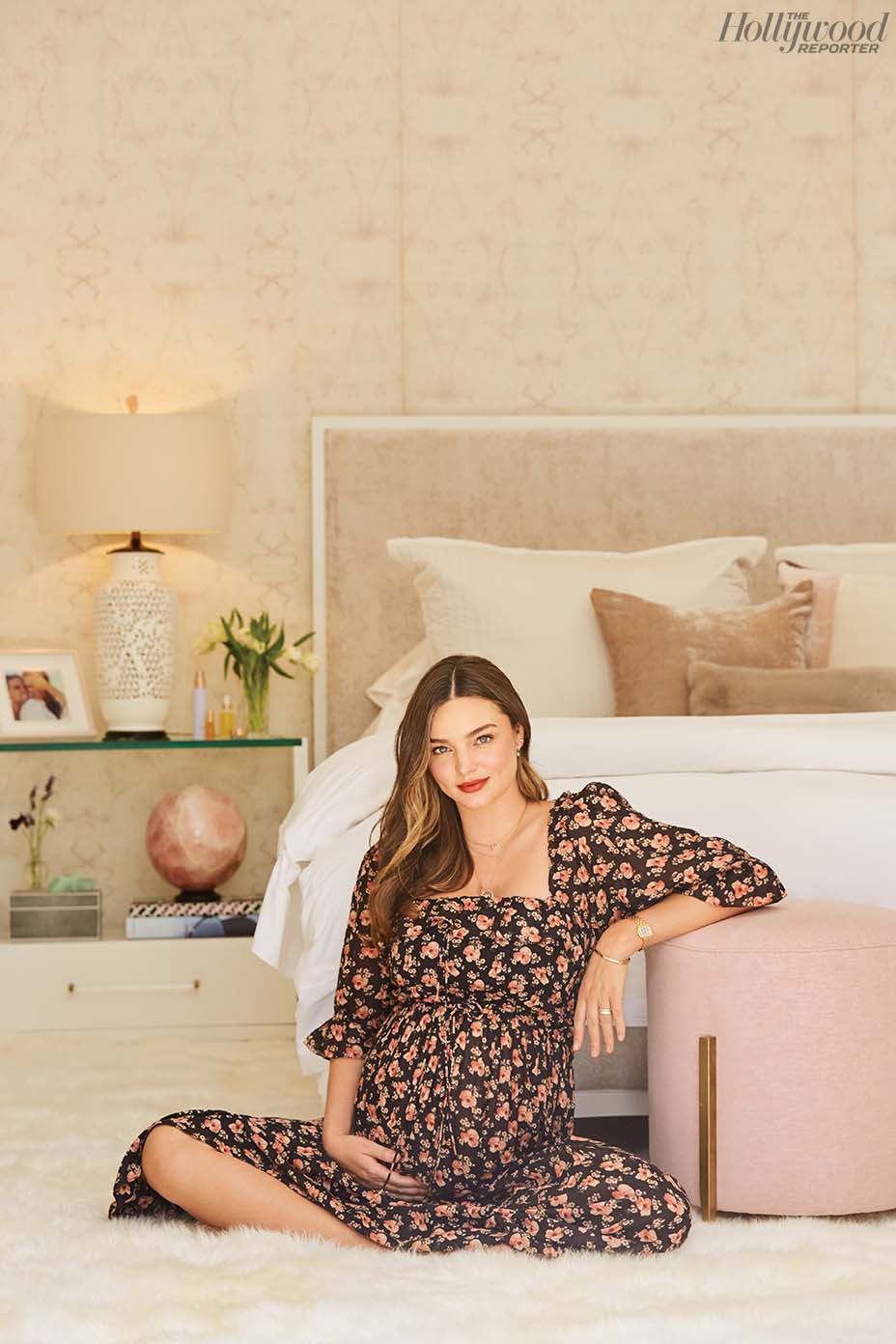 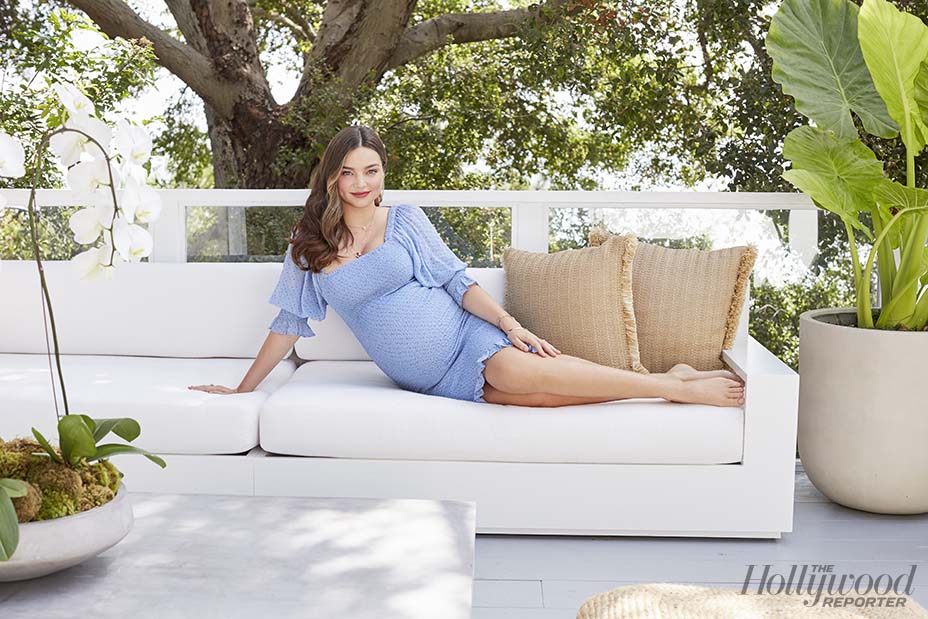 “Home is my favorite place in the world,” says Kerr. “It’s where you go to recharge, feel nurtured and inspired, entertain, create fun memories with those you love.” Producing such an atmosphere always has come naturally to the Australia-born Kerr since “scrubbing from head-to-toe” an early shared New York models’ apartment in 2004. Her longtime interest in design made her a logical choice for a collaboration, according to Universal Furniture marketing executive Neil MacKenzie. He cites her “good eye,” “fashion-forward” sensibility and accessibility as traits that enhanced the development of the collection launching in spring 2020 (a preview will show at High Point Market in North Carolina in October). “Miranda was looking to do a collection that was practical, not only in price point but also that you can live with it, have kids and a pet,” says MacKenzie. Kerr hosted a meeting at the cottage, providing lunch and “a 40- or 50-page deck with a vision board for each component of the collection that she had broken down into Love.Joy.Bliss, the name that we ended up using. She was not just looking to put her name on something,” says Mackenzie, who, along with Universal Furniture president Jeff Scheffer, walked away suitably impressed. 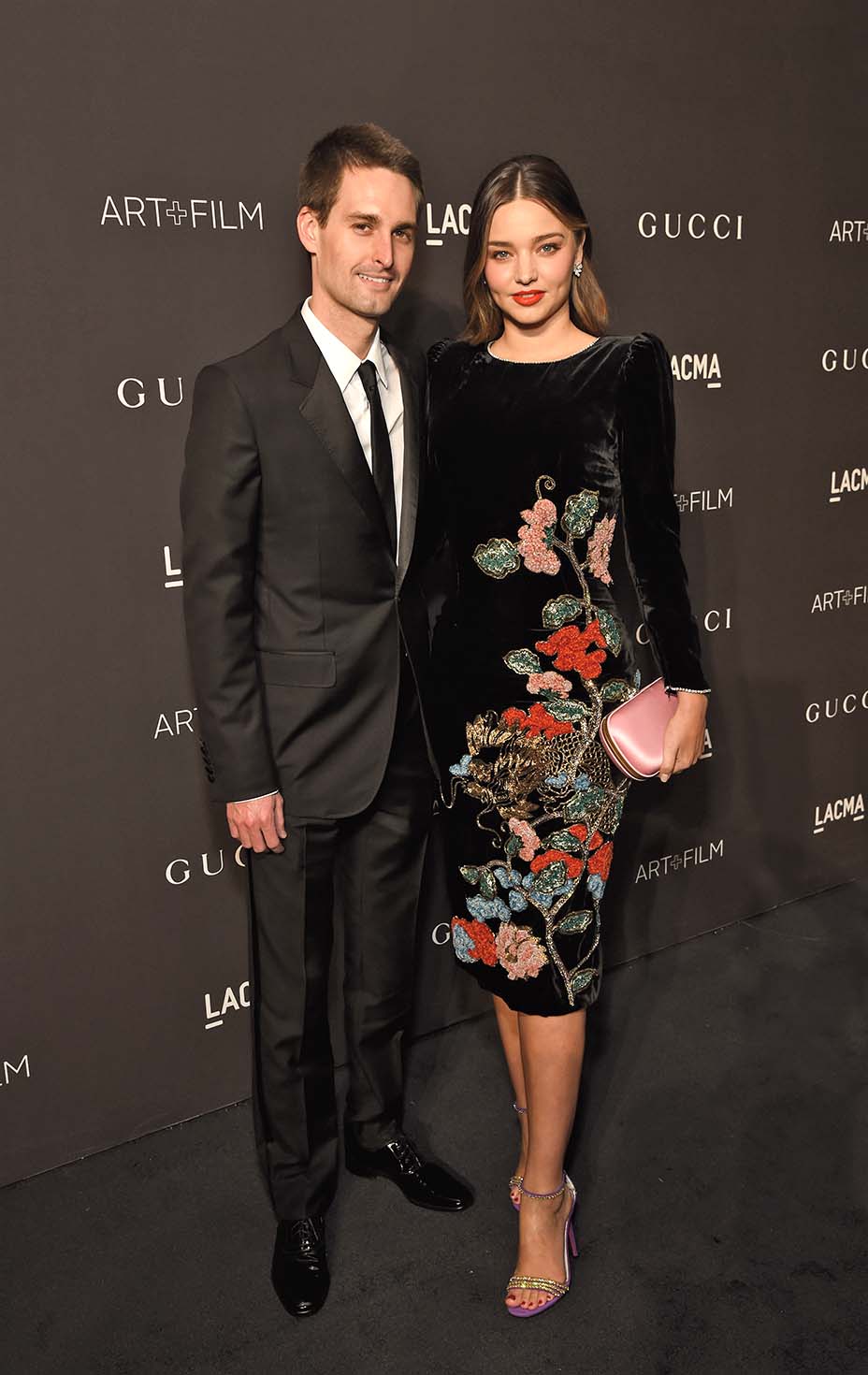 When Kerr moved to Los Angeles, buying the cottage for $2.15 million after a long search, she set to work. “I saw so much potential,” she says. “I changed a lot about the house. The bones are still there, but the interior is very different.” She installed glass sliding doors throughout the home, blurring the line between indoors and out. “There’s so much beautiful light out in Malibu,” she notes. Dated fixtures were swapped out for a glass-enclosed steam shower and a freestanding claw-foot tub. New appliances — a Viking refrigerator, double Thermador wall ovens and a Thermador stove top — beautified the slender space. 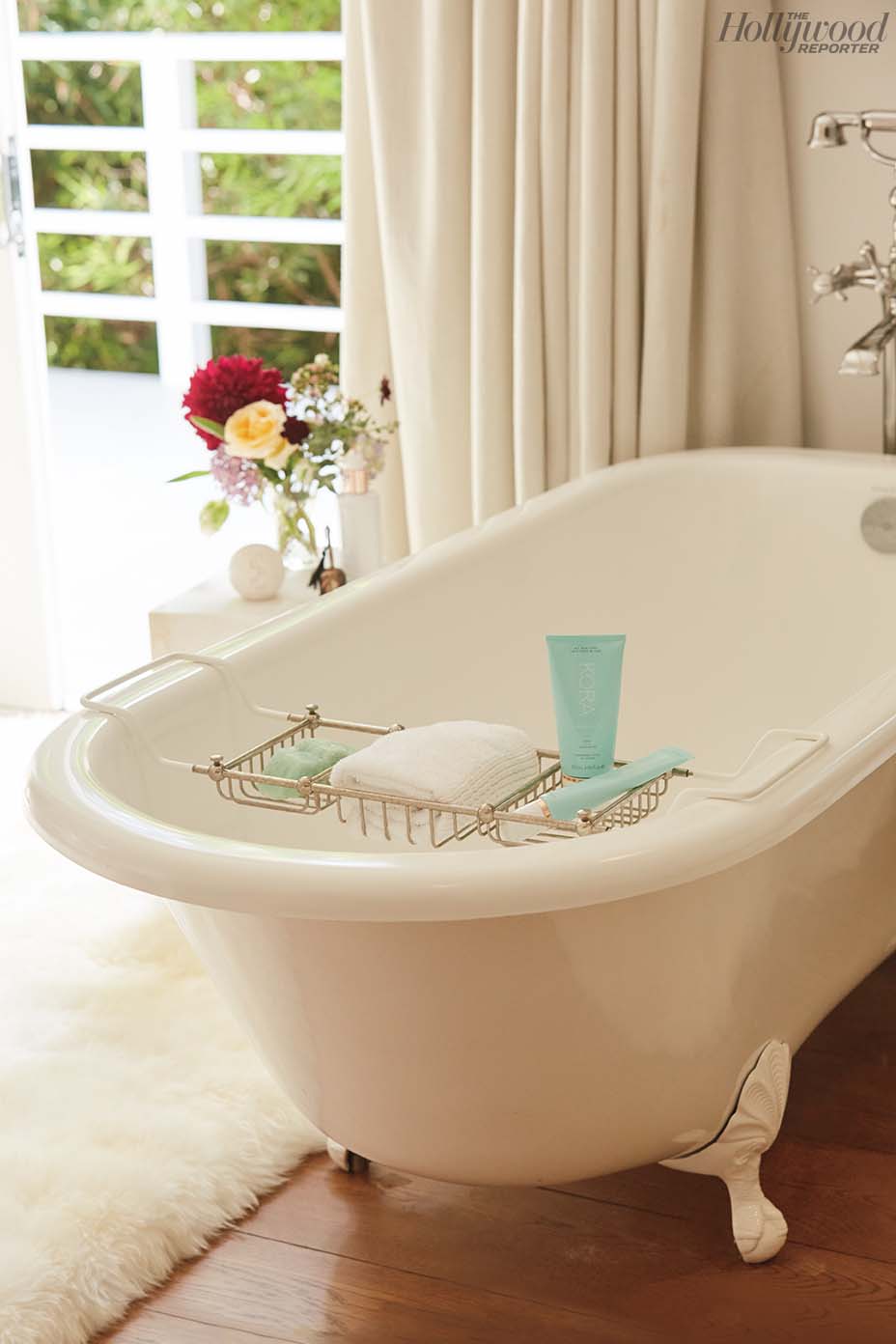 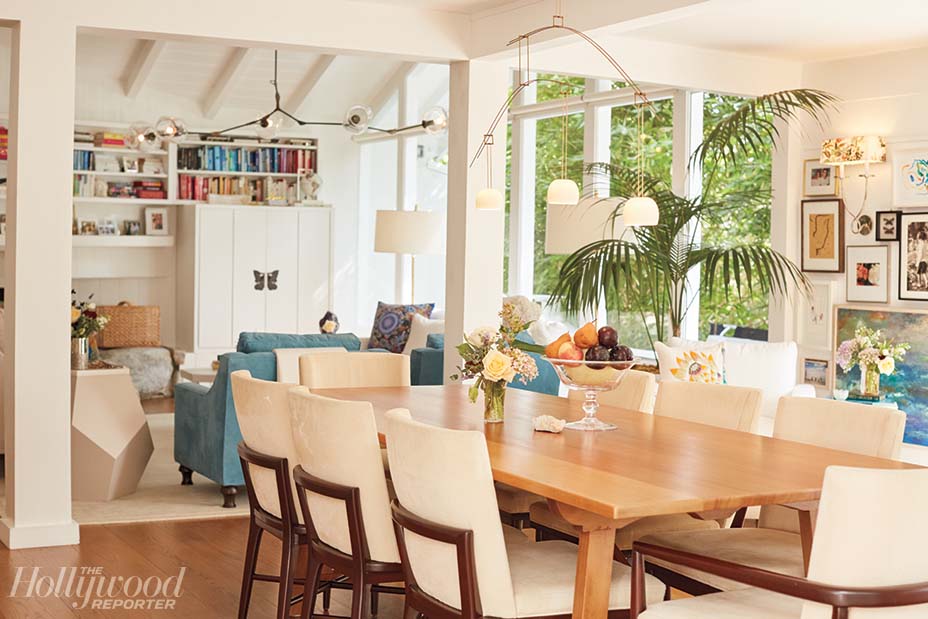 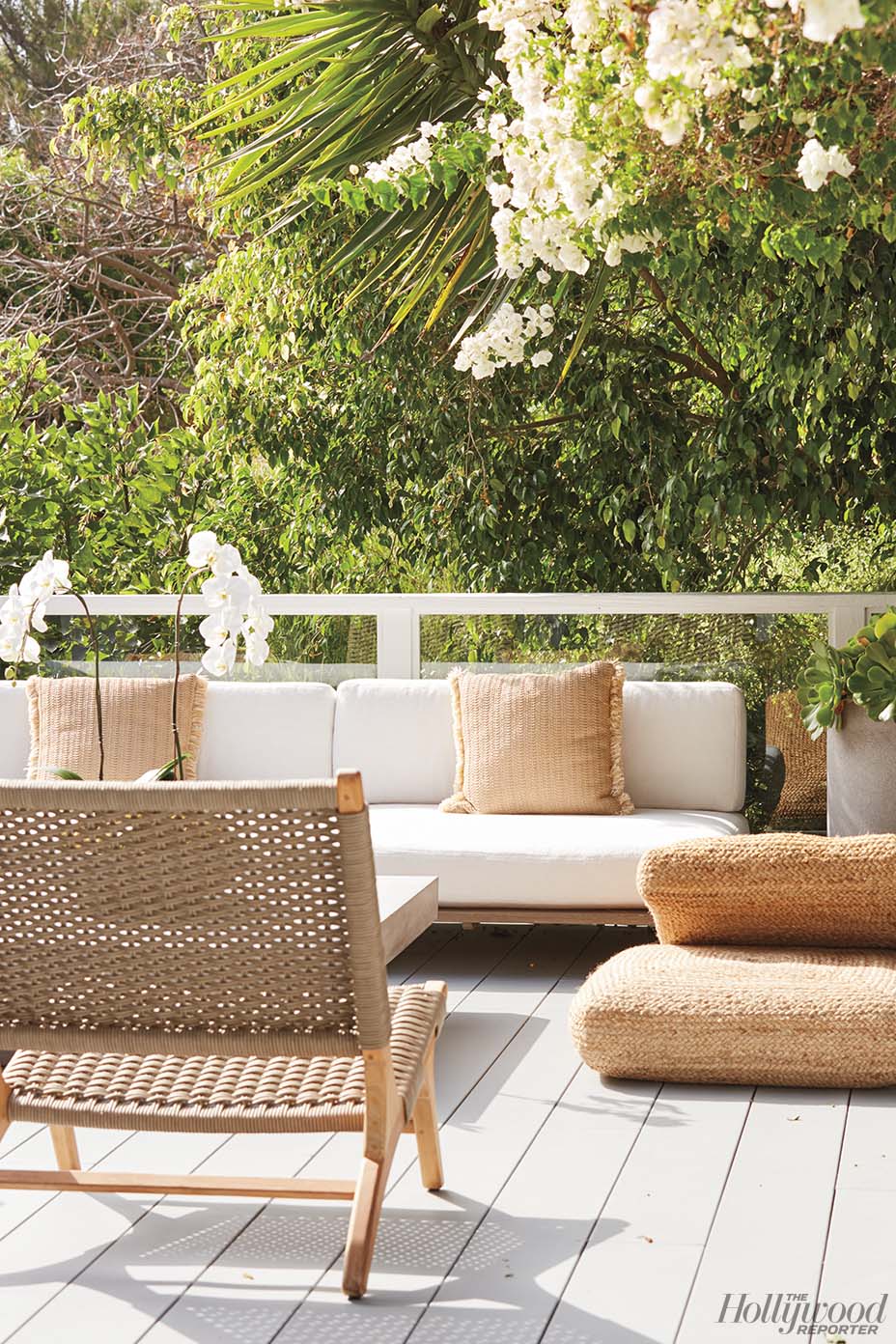 “I had so much fun doing the whole thing. I’m very specific and quick to decide on details,” she says of designing a long wood dining table, blue side chairs, a living room couch, a bedroom chair and kitchen stools. “I worked with interior designer Nan Meltzer, and she knew someone who could make them from my designs.” Recently, some items have been replaced with newer ones from the Miranda Kerr Home collection, which bear a resemblance to the model’s initial sketches. “I am so inspired by Miranda’s creativity and sense of design,” says Spiegel. “It’s a joy watching her creations come to life through her passion and dedication.”

Kerr conceived the white lacquer Peony nightstands, which flank the tufted Theodora Panel bed, with her husband in mind. “I wanted an open shelf above the nightstand drawer that could display books. Evan’s a big reader, so I created a piece conducive to his nighttime reading,” she says. Height and depth of seating took Spiegel’s 6 feet into account as well as the couple’s preference for a clean, neutral palette. Kerr is satisfied with the results: “Growing up, my grandmother was always hosting people — she had an open-door policy. I wanted to create that same feeling. Wherever my home has been, people would say, ‘This is so cozy.’ They’d never want to leave.” 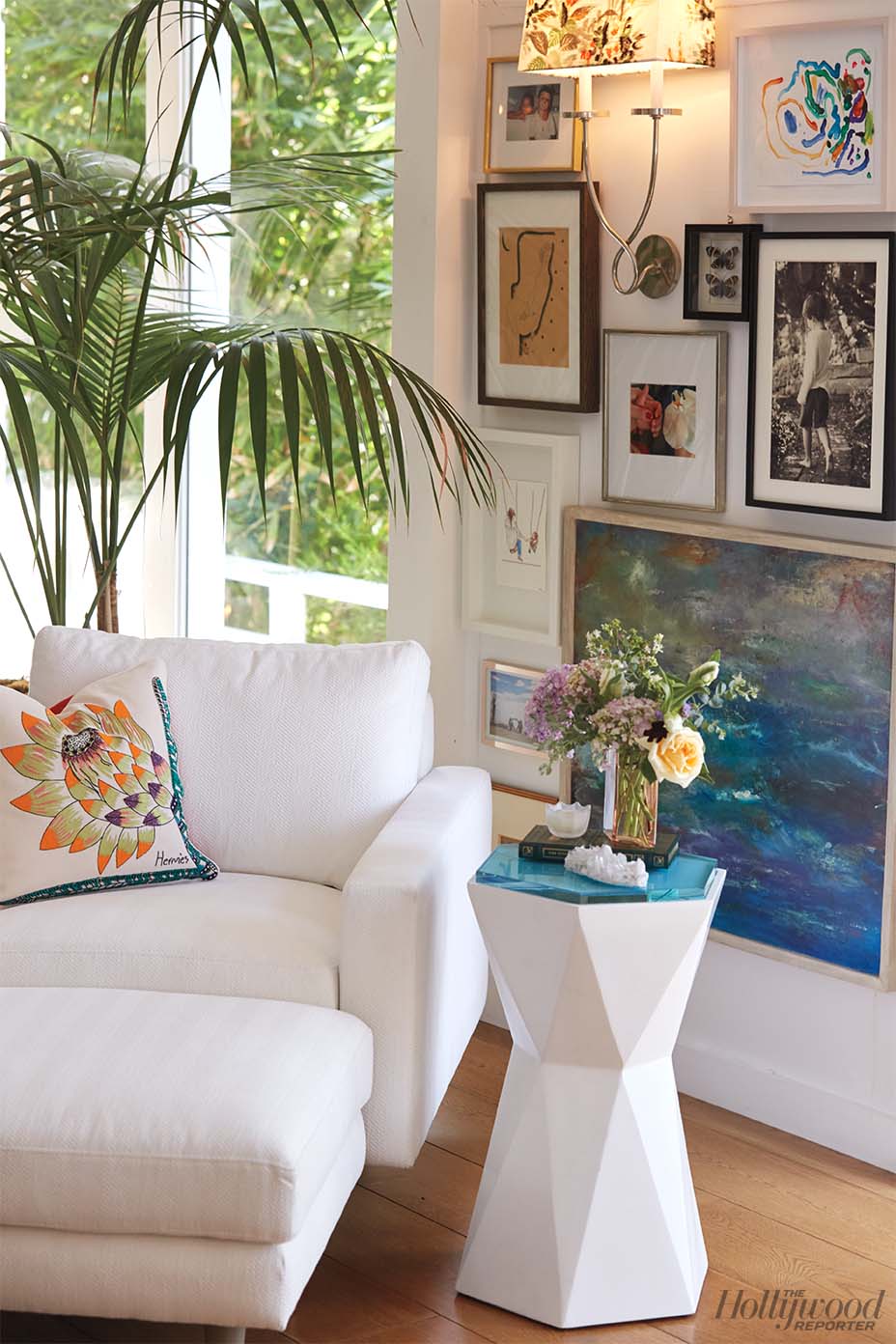 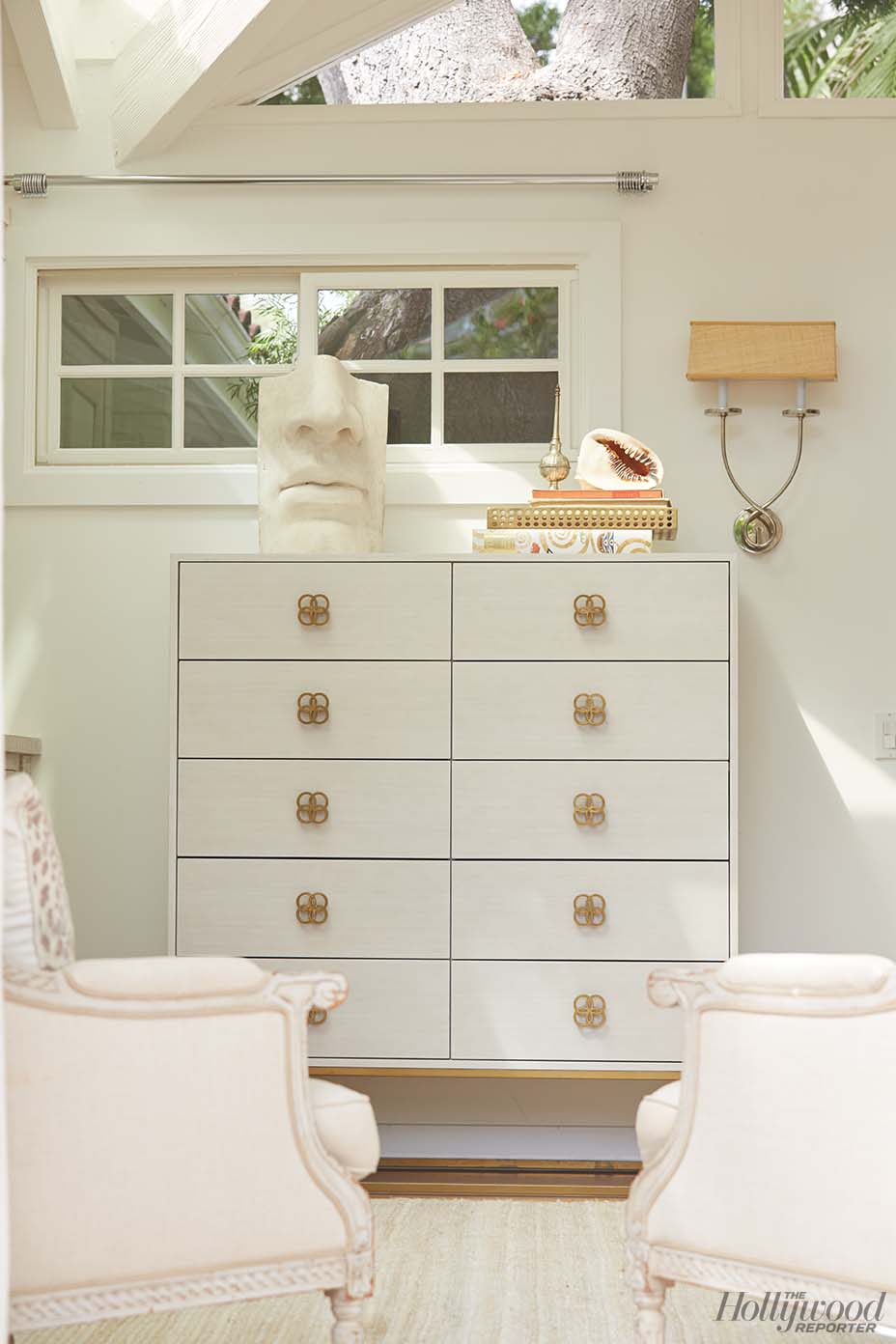 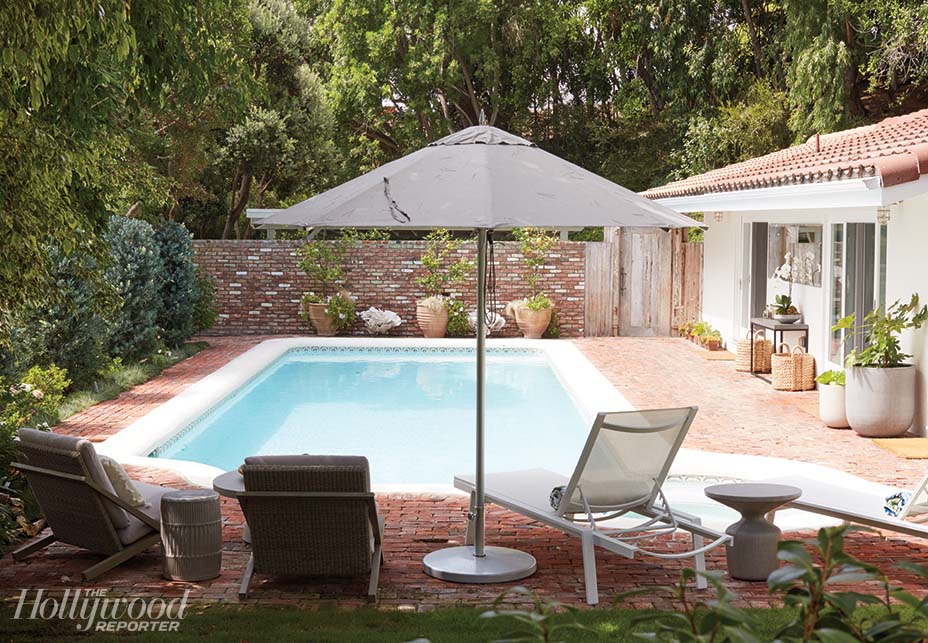