When it came to finding his new Los Angeles home, Amazon’s Jeff Bezos — famed for his thoroughness and exacting standards — left little to chance. The past two years, the world’s richest man toured upward of 40 properties in the Los Angeles area, having kicked the tires on listings as low as $25 million, according to several sources. That hunt came to a spectacular end in February after Bezos, 56, purchased the Jack Warner Estate from David Geffen for $165 million, a record sale for a private residence in L.A. County. The deal is rich in symbolism: All three owners of the nine-acre Benedict Canyon estate on Angelo Drive — Warner, Geffen and now Bezos — can lay claim to being one of the most powerful men in Hollywood at the height of their respective eras.

That Bezos ultimately opted for a historic property rather than a tricked-out, amenity-rich spec mansion highlights the enduring mystique that Hollywood’s golden-era tycoons — and their former estates — still wield on the city’s landscape and on the psyche of the current stable of stars and super-moguls. 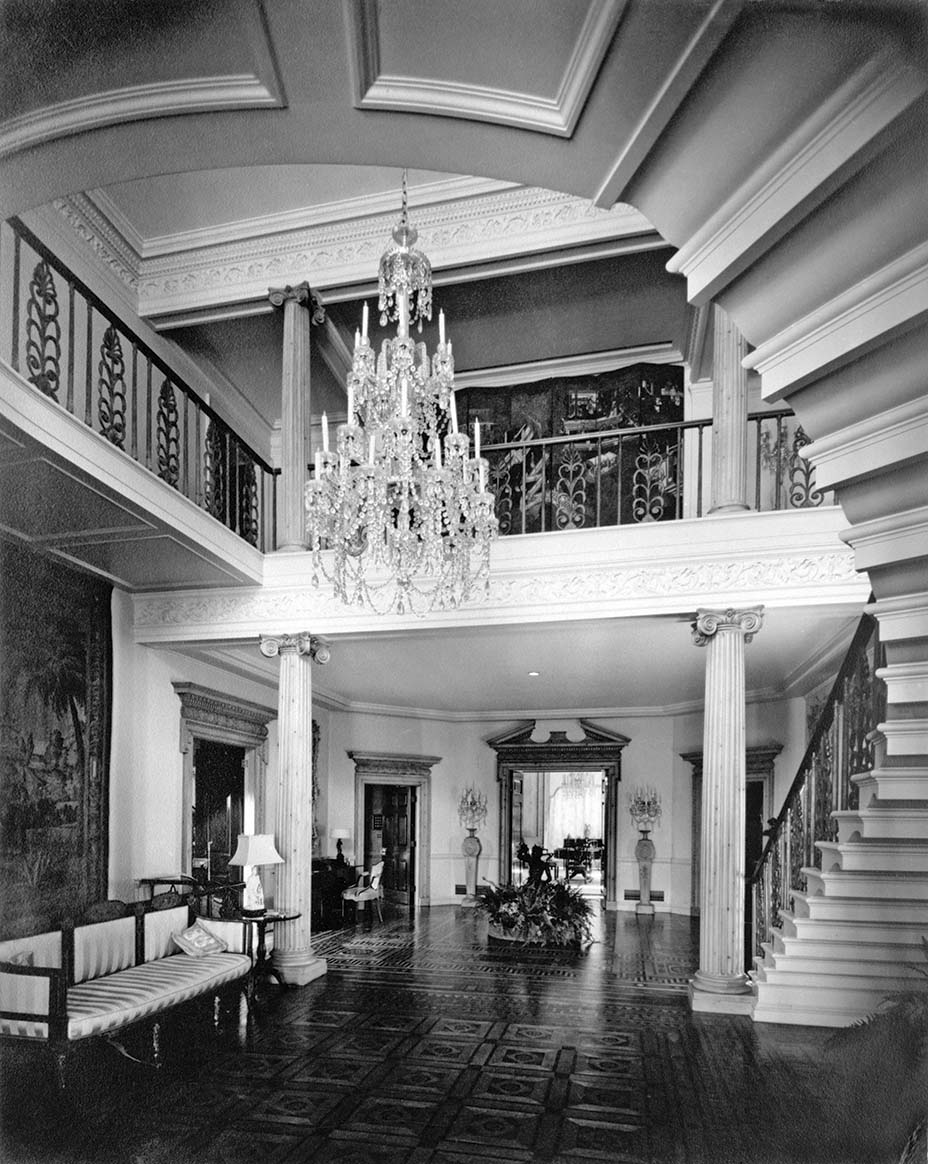 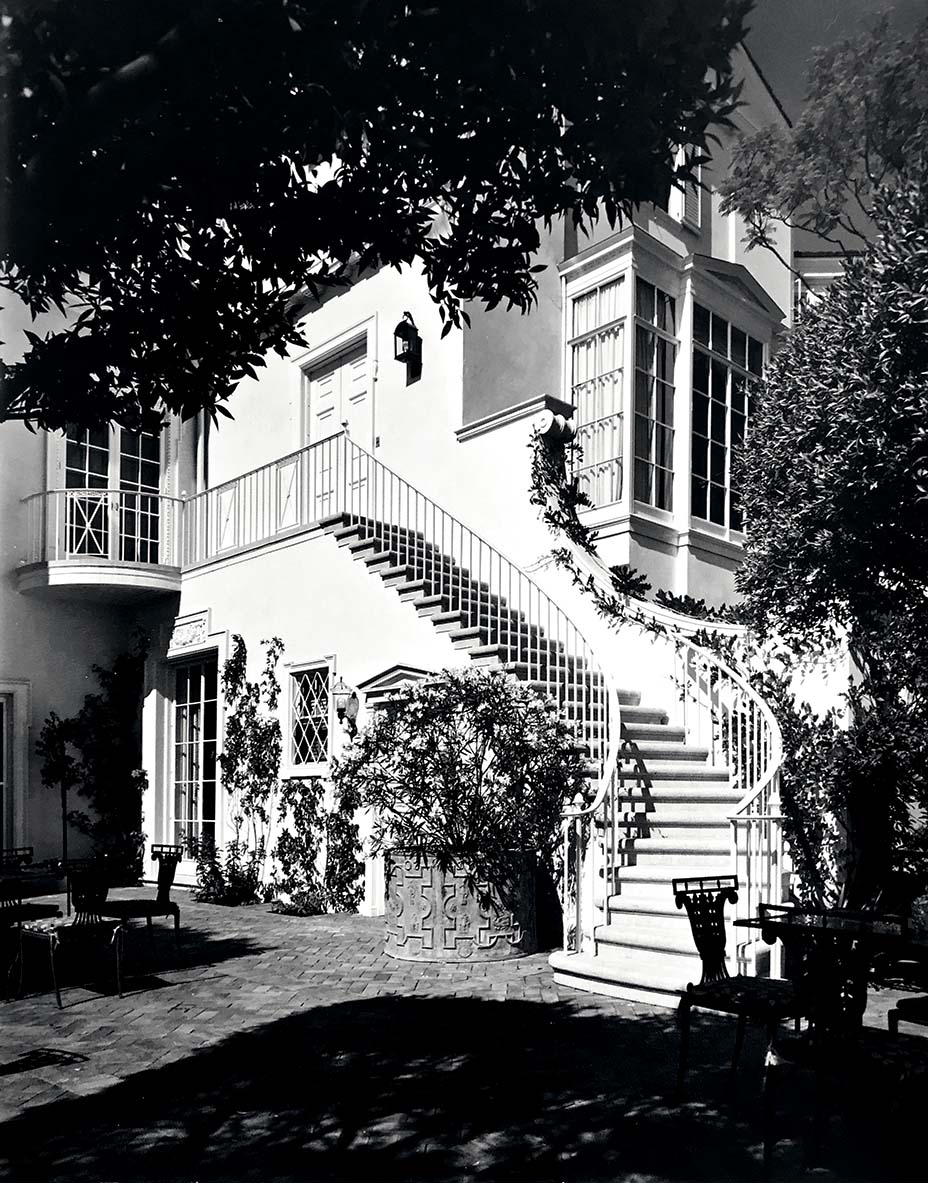 “When you get to this level, it’s not about the money or the price. It’s about the emotions and the statement you want to make,” says Jeff Hyland of Hilton & Hyland, who wrote about the Warner Estate in his book The Legendary Estates of Beverly Hills. According to Hyland, the Warner Estate, built in the 1930s and created by architect Roland E. Coate, interior designer William Haines and landscape designer Florence Yoch, is one of the last remaining crown jewels. “There are only a handful of these class-A estates left, and what this tells me is that there’s a return to classicism being the ultimate aesthetic — not newness or flash.” 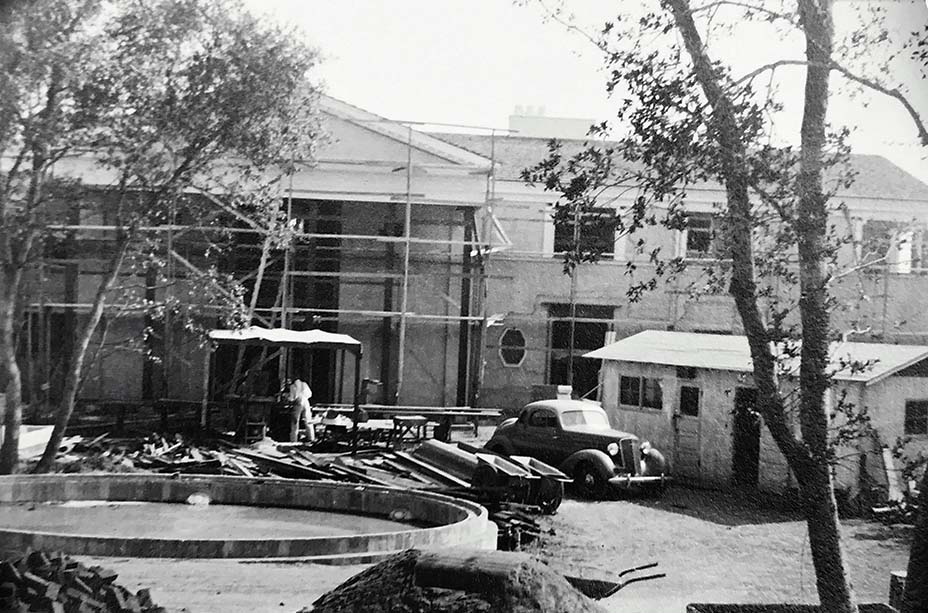 That may well be, but L.A. has a checkered track record concerning the protection of some of its most historic properties. Take the former Walt Disney Estate in Holmby Hills. The four-acre residence was razed in 1998 to make way for a 22,000-square-foot home that sold in 2014 for $74 million. Or the estate of MGM co-founder Louis B. Mayer — a 10,000-square-foot, neo-Colonial style home built in the 1930s on St. Cloud Road. It was demolished in the 1980s after falling into disrepair, and in its place rose a mammoth residence known as La Belle Vie. The Benedict Canyon mansion of Universal Pictures founder Carl Laemmle met a similar fate.

While Bel Air, Holmby Hills and Beverly Hills laid claim to most of the area’s fabled estates, Santa Monica emerged as a coastal alternative for the industry’s mogul class. MGM head of production Irving Thalberg and actress Norma Shearer famously hosted events at their house, designed by John Byers on a stretch of Pacific Coast Highway just north of the Santa Monica Pier that became known as the Gold Coast. The Thalberg-Shearer residence, still intact today, neighbored a property owned by 20th Century Fox’s Darryl F. Zanuck and wasn’t far from the Georgian Revival palace that William Randolph Hearst built for Marion Davies (the Zanuck home was torn down, as was the Davies mansion, which is where the Annenberg Community Beach House now sits). 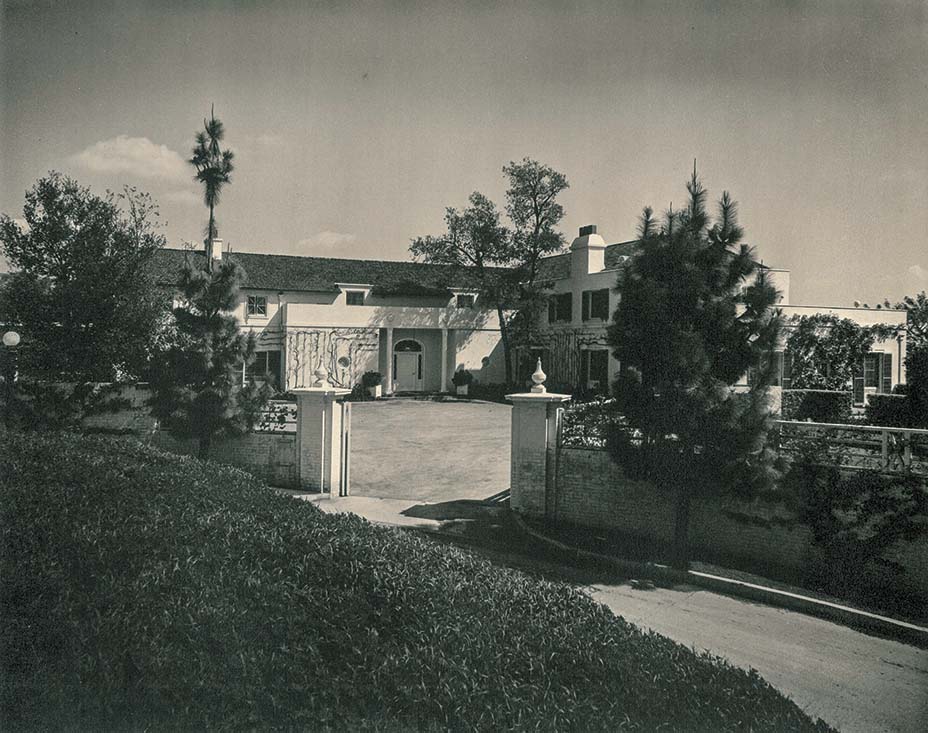 In recent years, luminaries like Taylor Swift, investor Nicolas Berggruen, book publisher Benedikt Taschen and producer Jerry Bruckheimer have breathed new life into some of these grand properties. Swift bought the estate of Samuel Goldwyn in Beverly Hills for $25 million in 2014; Berggruen shed his image as the homeless billionaire when he purchased the Edie Goetz Estate in 2017 for $41 million; Bruckheimer bought the home built by Columbia Pictures head Harry Cohn in 2013; and Taschen and his wife, Lauren, acquired the estate of producer David O. Selznick in 2017 for $20 million. “I knew of Selznick as a producer of Hollywood’s most iconic movies, so I was curious,” says Taschen, “We bought it on the spot for the asking price and hope to be done with the restoration this fall. We have seen a number of mogul residences, and very, very few have the beautiful proportions, the scale, the light and the warmth and the location of the Selznick estate.” 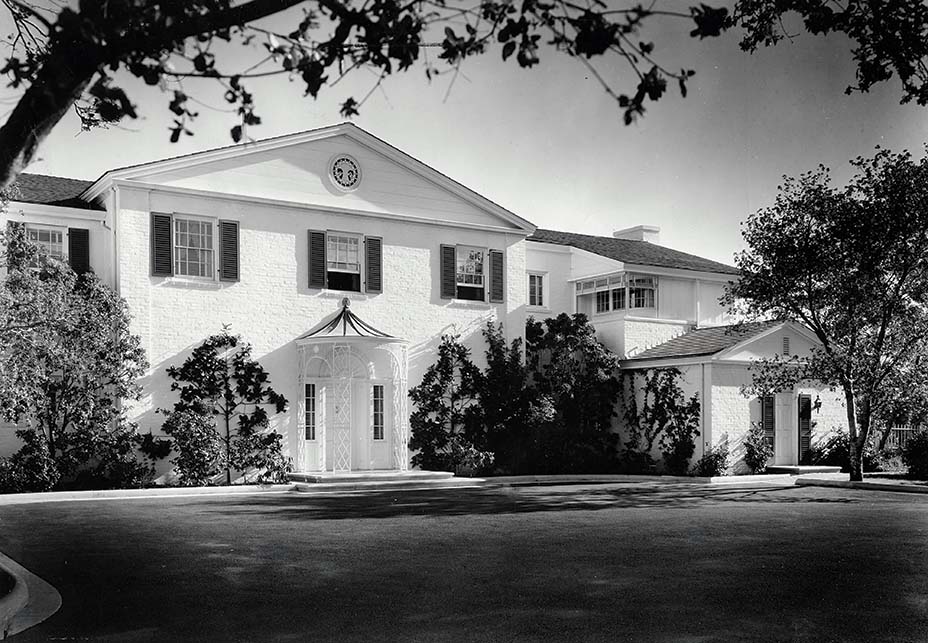 Bezos’ new home, though, is in a league of its own. After purchasing the property in 1990, Geffen did an extensive remodel. The grounds include a pool, golf course and guesthouse, and it was one of the area’s few big land parcels that escaped being subdivided. It would be impossible for any developer to acquire and build a home on nine acres of usable land in the area today.

No broker was involved in the Bezos-Geffen deal (speculation has it that negotiations may have opened on Geffen’s yacht when Bezos was a guest last summer), but according to Coldwell Banker’s Joyce Rey, who has walked the property on multiple occasions, the price seems fair. “I hate to be flippant about it, but I do feel it was excellent value because of the land and the estate and the history. With all of that combined, I think Jeff made a very a good deal,” says Rey.

During her career, Rey has sold the Harold Lloyd estate to producer Ted Field, and Owlwood — the former home of Sonny and Cher and, before that, 20th Century Fox chairman Joseph Schenck — to the Mishkin family in 1976. (Owlwood is on the market today for $115 million.) 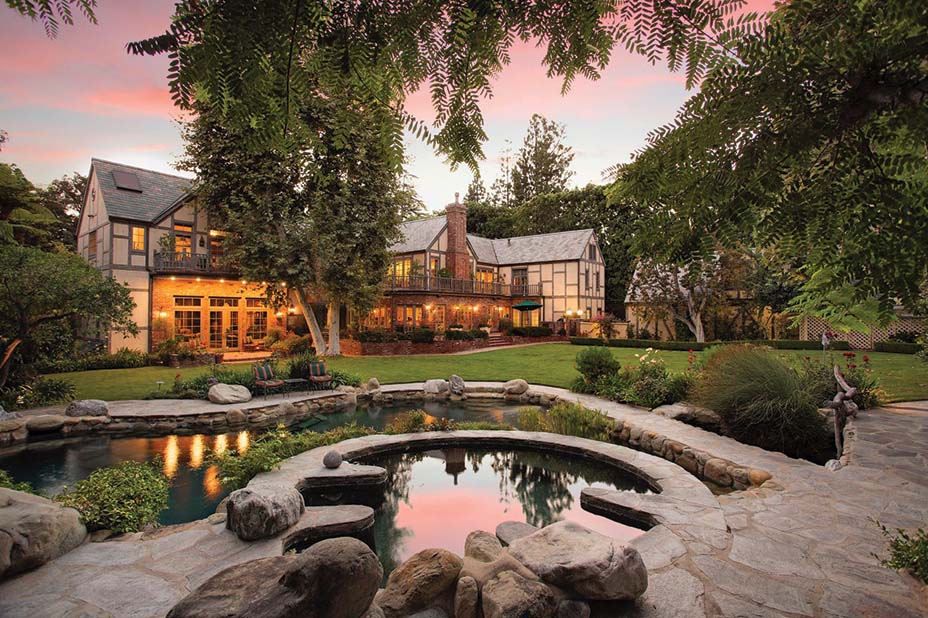 Rey has the listing on another Warner Estate, this one said to have been owned by Jack’s brother Harry Warner and located on Rexford Drive in Beverly Hills. The French Country-style house boasts 13,000 square feet of livable space between the main residence and guesthouse (where Marilyn Monroe reportedly stayed). It’s listed for $32.5 million.

Even after decades of experience selling these types of homes, Rey can’t predict who the buyers will be, but she does offer this: “This is the entertainment capital of the world. People here appreciate owning a piece of that history.”