Decades ago, John Leguizamo arrived on the set of Spawn at ungodly hours to be transformed into the character of the Clown, the bloated villain at the center of the 1997 comic book adaptation.

“It was kind of inhumane, that costume,” Leguizamo tells The Hollywood Reporter with a laugh. “Some days I got there at 3 a.m. to be there to start makeup for four hours. And then I had to go and act for 12 hours. It was pretty brutal. But it was worth it.”

Leguizamo was a comic book fan, and enjoyed crossing paths on set with Todd McFarlane, the writer-artist who became a superstar with Marvel’s Spider-Man before co-founding Image Comics and creating Spawn. He recalls McFarlane as being a cool guy who favored leather jackets back then. McFarlane recalls Leguizamo as having a good attitude despite the discomforts of the job.

“They had a hole in his costume where they would try to blow air in his fatsuit,” says McFarlane. “He never complained about the process.”

Now, nearly 25 years later, the two are teaming up on another comic book project. This time, it’s Leguizamo who is the creative force behind the property as the creator and writer of PhenomX, a comic to be released by McFarlane’s Image Comics on Nov. 3 and featuring a cover from the writer-artist.

PhenomX centers on Max Gomez, who was wrongfully imprisoned and is desperate to regain his freedom. Max agrees to become a subject in an underground government experiment that gives him shapeshifting abilities.

PhenomX is a tale Leguizamo has been dreaming up for a while. He grew up as a teen loving comics, and later in life observed residents of places like New York’s Lower East Side protesting pollution seeping into their neighborhoods. That got Leguizamo thinking.

“What if instead of it being a hazard, all these magnetic fields, all this radiation, all these pollutants — what if it gave us a superpower? What if it made us stronger?” Leguizamo asked himself.

Leguizamo and McFarlane reconnected three years ago at New York Comic Con and started talking about collaborating. Leguizamo was already an Eisner-nominated writer at that point for his graphic novel Ghetto Klown, but McFarlane gave him some tough love on how challenging it is to make a successful comic.

“Just because you are a celebrity does not mean this is just automatically going to work,” McFarlane recalls saying. “You need to deliver a story that people are going to want to read.”

Leguizamo recalls feeling pressure to deliver something McFarlane would approve of.

“It was very sobering talking to Todd.  He wasn’t trying to discourage me, he was trying to make me sharper,” says the writer-actor.

As an actor, Leguizamo has worked with acclaimed directors such as Brian De Palma, Spike Lee and Baz Luhrmann and has studied storytelling from them. Luhrmann’s Moulin Rouge was a formative experience, with the actor recalling the script was originally a whopping 300 pages. (A two-hour movie generally has a script that runs about 120 pages.)

“We’d read it every Friday, and he kept reducing it until it got to 150. That process became a part of me. I got to write one of the scenes in the movie, which was an incredible opportunity,” recalls Leguizamo. “Brian De Palma, when I did Carlito’s Way, he let me improvise like crazy. There are so many possibilities in a moment. A moment could go anywhere and still be part of the plot and move the plot forward.”

In 1997, Spawn was not particularly well received by critics, though it has grown in appreciation over time with home entertainment audiences. Leguizamo’s reteaming with McFarlane comes as another of the actor’s ill-received 1990s projects is getting another shot at big-screen glory, with an animated Super Mario Bros. movie set to star Chris Pratt as Mario and Charlie Day as Luigi, the plumber that Leguizamo played in 1993’s Super Mario Bros.

Leguizamo, who starred opposite Bob Hoskins as Mario and Dennis Hopper as King Koopa, is still approached about the film, and recently was at a hotel where a family with young children asked to take a picture with Luigi.

“I think the movie found its audience. When it first came out it had a tough time,” the actor says with a laugh. “I’m glad it’s got a life. … I think it’s a tribute to Bob Hoskins and Dennis Hopper.”

As for the future, McFarlane is developing a new Spawn feature with Blumhouse, with an eye for him to direct. He says he would like to put Leguizamo in the film, even in a small role.

Says McFarlane: “Even if it was just somebody bumps somebody, and all of a sudden John turns and says one cool line that people in the know would go, ‘Oh my God. This is a continuation.’ I like that stuff.” 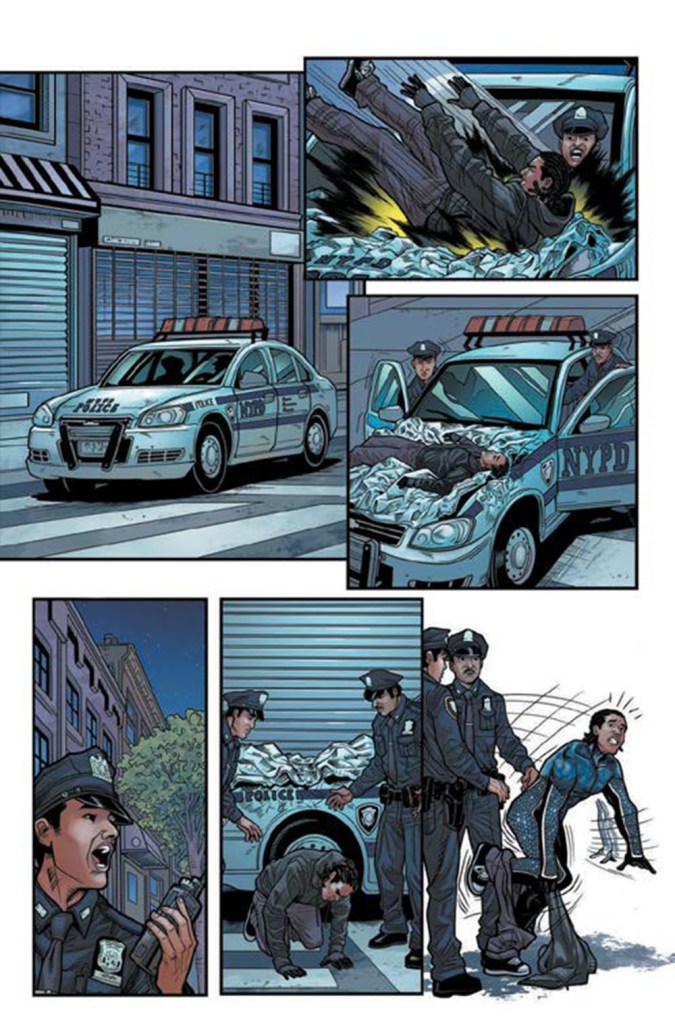 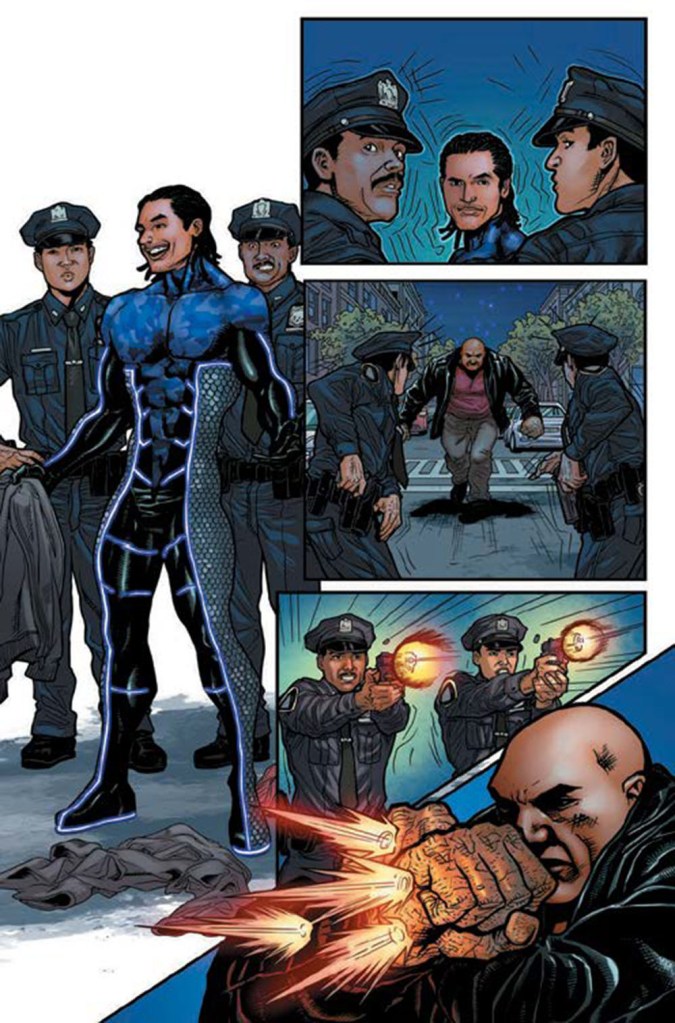 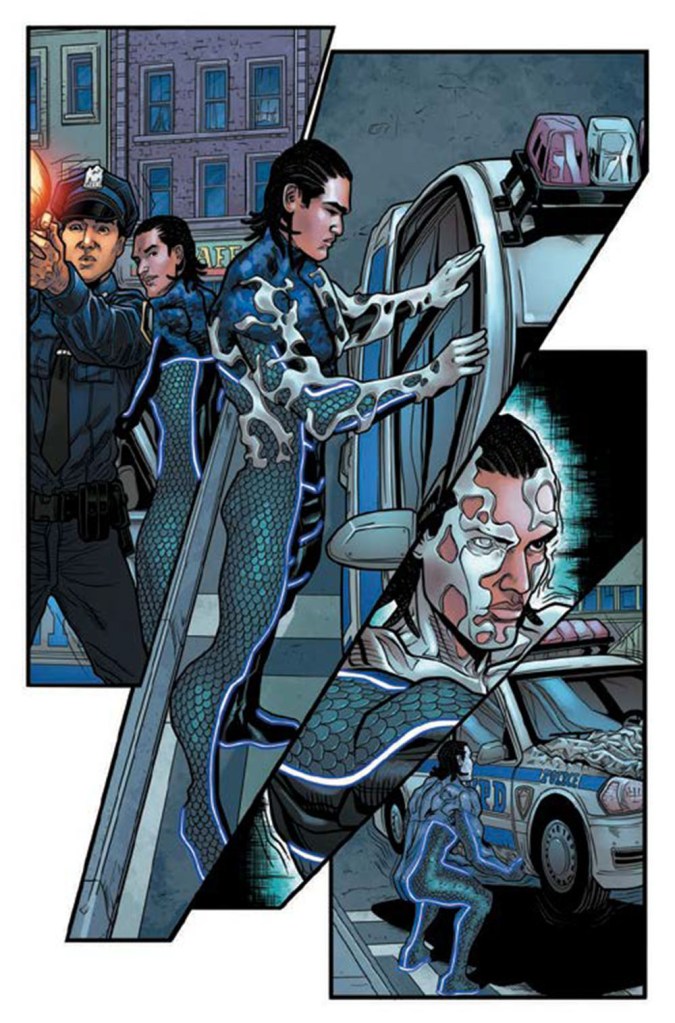 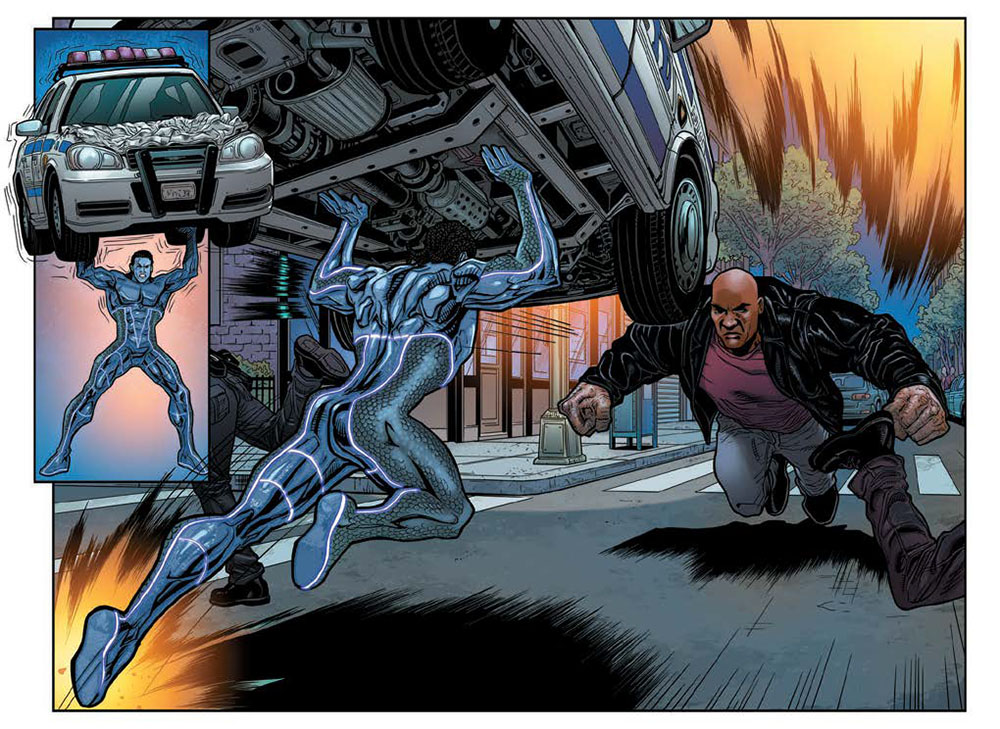