A movie that, on paper at least, could have easily gone the way of Jerry Lewis’ infamous debacle The Day the Clown Cried, Jojo Rabbit has defied all odds to become one of the year’s most beloved films — an unlikely comedic tale about a 10-year-old fledgling Nazi and his imaginary best friend, Adolf Hitler. The film sprung from the mind of Taika Waititi, the New Zealand-based writer-actor-director, who transformed the sober 2004 novel Caging Skies into a World War II-set fairy tale that, when you least expect it to, yanks the rug out from under the audience while delivering a timely message about ultranationalism and hate. (Besides writing the screenplay, Waititi also directed and plays Hitler in a turn that owes more than a little to John Cleese and Mel Brooks.)

Fox Searchlight’s first release as a division of The Walt Disney Company, it manages to bridge the divide perfectly between the studios: a sharp indie wrapped inside a tale of timeless innocence. And the results — six Academy Award nominations, including best picture, best adapted screenplay and best supporting actress for Scarlett Johansson — speak for themselves. THR caught up with Jojo Rabbit producer Carthew Neal to discuss the triumph of the little Holocaust comedy that could.

I assume this is your first awards season. How do you feel about it so far?

CARTHEW NEAL It is my first. It’s pretty crazy. But people keep saying, “Oh, it’s so hard. You have to do this for so long.” And I’m like, “It’s not as hard as making a movie!”

I could see it being pretty fun, too.

I’m enjoying it and celebrating the fact that more people are watching our film and having these great Q&As with people seeing the film several times. I’m just loving the fact that more and more people are seeing the film and it’s creating discussion. It’s not just a straight comedy — it has got a lot to say, and Taika has got a lot to say with it.

Whatever you’re doing, it appears to be working. You must be overjoyed about the film’s Oscar nominations.

It’s incredible. Everyone who came on board — the cast and all the crew and Searchlight — came because of Taika’s script. It was on the Black List for quite a few years. It was a much-loved script, but no one was sure Taika could pull it off. I’ve never been involved in a production where there was that much excitement prior to starting. That script was so loved and people were so excited about it, and it was daunting to attempt to create a movie that was even better than the script.

How did you find out about the nominations?

A lot of text messages were coming through. A lot of beeping beside the bed. And then lying in the dark and trying to read what was going on. Then I jumped in the car and ran to Taika’s and we had a good morning celebrating. It was fun. 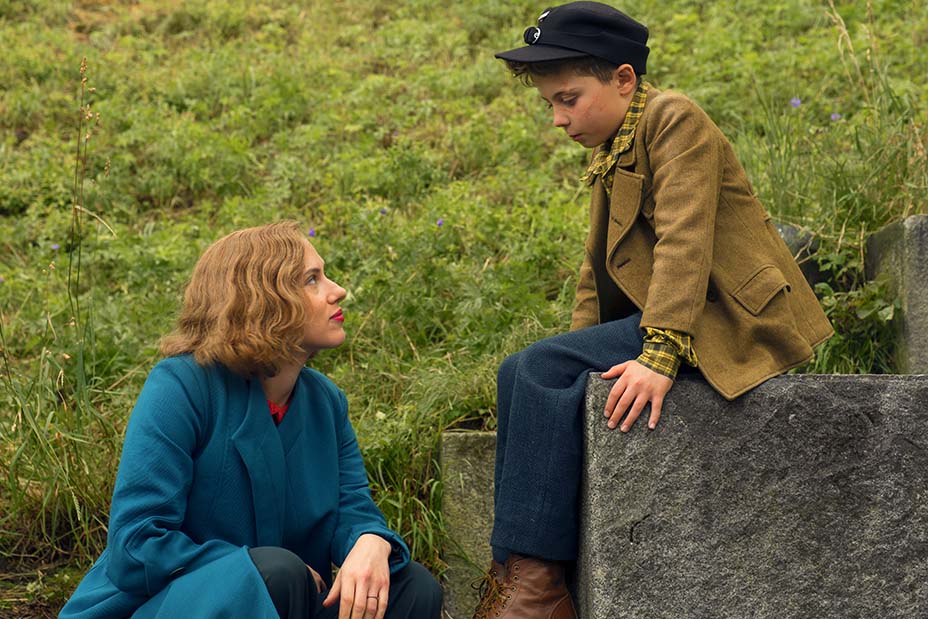 Were Oscar nominations something you hoped might happen while making Jojo Rabbit?

For me, it was that I loved the message in the heart of the film. I think it’s really important. Hate speech and hate crimes are on the rise. For me, it was important for the film to have some purpose in the world, to say something that will hopefully have people reflecting about things afterward. So that’s why it’s so rewarding.

The film has some interesting champions who are passionate about it. One is Mel Brooks.

That was incredible. First he said something [supportive] on a chat show about the film. Then we were at the AFI luncheon and he came up to present an award and he went off script and said, “You know, I have to say this: Taika, you didn’t ask my permission to put Hitler in the movie!” And then he went on to say that Taika had really nailed it. Taika was just in a trance. I don’t think he could believe what was happening. To have someone like that who paved the path give him a compliment — he leaned over to me and said, “If nothing else happens, it was so worth it.”

Was there anyone else whose support surprised or delighted you?

When someone from the older generation praised it, that was very special. We screened the film a lot with the Jewish community. And when you get feedback from leaders and scholars in the community and they comment on the value of retelling the story of the Holocaust in different ways, that’s really what matters, you know? That helped us see the power and the importance of the film. And when you hear stories about parents taking their kids to Jojo Rabbit, or kids taking their parents, and then discussing together what happened in World War II and about learning to think for yourself as a child — that’s really exciting. We don’t get to be party to those conversations, but knowing that they are happening is really special.

Have you spoken with the boys at the heart of the film, Roman Griffin Davis (Jojo) and Archie Yates (Yorki), since the nominations were announced?

Roman’s back at school in London. He’s really excited. I mean, this whole thing has been crazy for him and Archie. Archie is up in Montreal, already working on his next film. I think for them, what’s been important is they’ve both showed the film to their school friends. Roman said that they left the screening and one of his friends came up to him and said, “That is such a great movie. It was about a kid learning to think for himself.” I think he was really taken by that, that his friends could get that from the movie. Because we spent a lot of time talking through the movie with them, and the meaning of it. And then to see his friends get there on their own, no prompting — I know he was really proud to be part of it. He’s a smart kid at 12.

Are both of them going to attend the Oscars?

I hope so. I hope the principal lets them out of school. We’ve been asking for a lot of time off from school.

If there’s ever a reason to let him out, I think this is it.

We keep telling them about the educational value of all these trips.