For the next four months of awards season, Hollywood’s top red carpet groomers will be hard at work elevating the images of their A-list clients, who hope to pick up a statuette or two — and perhaps even attract the attention of a beauty company hunting its next spokesperson.

Says Kate Stirling, director of The Wall Group, which reps eight of the 15 pros featured on The Hollywood Reporter’s list of glam squads to watch: “The red carpet provides a runway for stars to shine, and a strong team can help bring an actress to the next level and secure beauty and fashion partnerships” worth millions.

Says Kate Lee, makeup artist to Keira Knightley: “What we put out there definitely is responsible for setting trends within the beauty business.”

Since forming their crew 15 years ago, Knightley and her team have become luminaries in their respective crafts. Lee, a Chanel celebrity makeup artist, counts Rooney Mara and Emilia Clarke as longtime clients. And Ben Skervin is pulling double duty this awards season, tending to Knightley and Claire Foy.

Knightley, 33, has two Oscar noms and is currently vying for a third as the eponymous French auteur in Colette. She’s held a coveted contract as the face of Chanel Coco Mademoiselle for 11 years — one of the longest-running current beauty deals. (For an idea of her paycheck as the fragrance front: Nicole Kidman got a reported $12 million for three years hocking No. 5, and Brad Pitt took home $7 million for one TV spot and a handful of No. 5 print ads.)

One of the keys to solidifying the Brit as a beauty kingpin has been “to always refer back to Keira’s signature look,” says Lee of the smoky eye and romantic updo combo (though she can rock a killer red lip and sleek straight hair like a pro).

The other key to their long-running success as a team: “We laugh a lot,” says Knightley. “And they’re always quick to order a cocktail.”

Quips Lee, “Being Brits, we love to have a good time.”

In October, the star wore Chanel Couture at the Colette premiere in London with a braided updo and smoky eye. “The top of the dress was almost armor-like,” says Skervin. “So the softness of the braids and the sparkly hair pins really worked to offset the gown.” And Lee, who relied on warm plum shadow and eyeliner, says, “She looked both elegant and cool.” 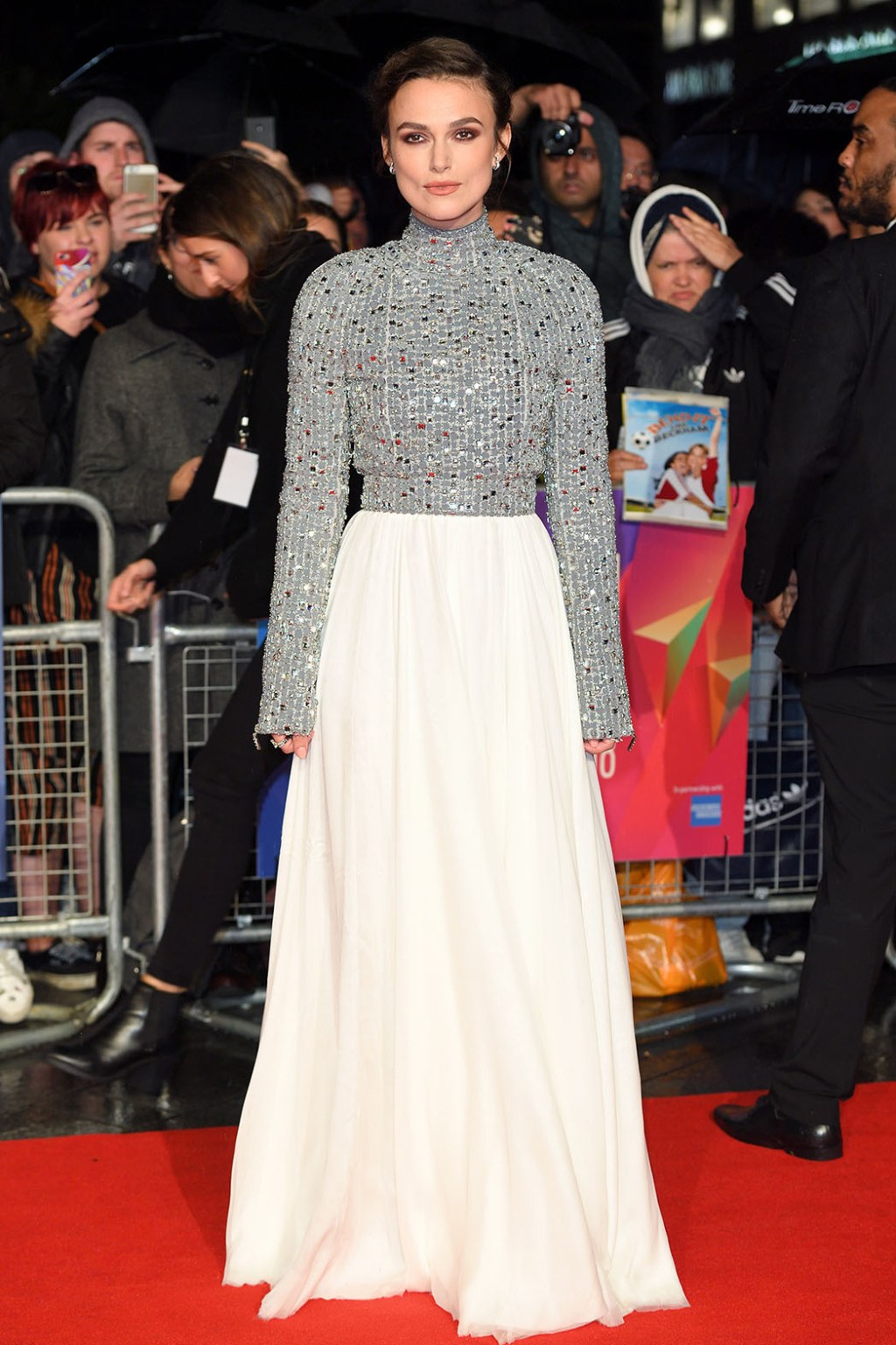 Stay tuned for more of The Hollywood Reporter’s Top 15 Glam Squads. See which other top actress made the cut tomorrow, and check in Wednesday, when the entire list rolls out.