I always knew I wanted to be a writer. As luck would have it, my first three mentors were Hollywood giants Norman Lear, James L. Brooks and Larry Gelbart. These industry icons not only taught me everything I know about writing, they were also perfect gentlemen who never exuded even a hint of sexual impropriety. It wasn’t until a few years later that I began to experience sexual harassment — the producer’s hand rubbing my back inside my blouse during meetings; the studio exec who, on my first day, encouraged me to wear a bikini to work (sadly, I actually asked, “Why, is there a pool?”); the talent agent I literally had to wrestle to the ground in order to get out of his house. I didn’t know then that this is a man’s town, based mostly on male friendships. Forget those iconic letters that make up the Hollywood sign. It would be much more fitting if there was a giant penis casting a shadow over all the women who tirelessly endeavor to rise above this unpoliced playground for men.

I remember the revered star of a classic TV crime drama telling me a story about the president of her network (a seemingly Teflon man whose career has been rife with sexual harassment rumors spanning decades). During her show’s final season, this actress was invited to his executive dining room for lunch. When she began to pitch her next series, he told her she was now way too old for his network. She started to cry and got up to go. He stood up, too, took her by the shoulders and said, “I’m sorry. I can’t let you leave like this.” She softened, almost forgiving him. Then he shoved his tongue down her throat.

There was also the former intern (from one of my own series) who complained to me about the sitcom she was currently working on. The star and one of his producers were demanding that the youngest, best-looking women show up for work at the crack of dawn wearing tight, revealing shorts. Upon discovering that one of the young women was terrified of guns, they forced her to purchase one and shoot a raccoon that lived on the stage. After I called ABC to register a complaint, the producer was fired but the star survived, unscathed.

I recall the music exec who began phoning one of his favorite employees at night, always under the pretext of inquiring how things were going, and always, at some point, asking her again why she keeps refusing to send him a sketch of what she looks like “down there.”

Harvey Weinstein may have been at the top of the sexual predator food chain, but these kinds of atrocities against women routinely go unreported and unpunished in the entertainment industry. The No. 1 casting criterion in Hollywood is that, above all else, an actress must be “hot and fuckable.” The late blockbuster movie producer Don Simpson had his own way of measuring hotness when he bragged about which actresses’ butts he was able to bounce a dime off of.

Deep-rooted gender inequality exists everywhere. There are very few women in positions of real power. Females continue to earn far less than their male counterparts. And as for ageism, most actresses are resigned to the idea that when someone like Michael Douglas finally retires, there’s a good chance Blythe Danner, Gwyneth Paltrow and Apple Martin will all have played his wife. The over-sexualization, humiliation and brutalization of women on television and in movies remains rampant. The most memorable male-on-male rape occurred in Deliverance more than 40 years ago. Since that single encounter, literally hundreds of thousands of women have been raped and brutalized on film, almost without remark. One might say it’s our industry’s greatest sport. Just as degrading is Hollywood’s endless obsession with hookers. If you are among the lucky 15 percent of actresses who do periodically find employment, chances are you’ll be stepping into the world’s oldest profession. In 89 years of Academy Awards, 25 women have been nominated for playing a prostitute. The only silver lining in all this is that no actress will ever have to worry about playing an old prostitute.

As for the small screen, I myself was the creator of a man-loving, feminist show called Designing Women. We were arguably one of the most progressive, loudmouthed, female series ever — unapologetically, week after week, we showcased issues involving the objectification of women, violence against women and sexual harassment. Out of 163 episodes, we received one Emmy … for hairdressing. (It might be worth noting that Television Academy voters were 80 percent male.)

One would think all this rampant misogyny would demand that Hollywood take on the issue of social justice for women — the same way it has embraced the cause of the African-American, Jewish and LGBTQ communities. But so far … just the sad sound of crickets. Little wonder that Harvey Weinstein laughed at the initial allegations against him, calling them so fanciful he’d like to “buy the movie rights.” It wasn’t until more accusers emerged that he suddenly realized he’s been living in the 1960s, he’s reading books now and putting together a team, his wife is standing by him 100 percent. By week’s end, his wife had left him, he was fired and heading off to Saint Dick’s of the Desert, that all-healing, magical rehab center where Hollywood bad boys go to discover they’re really not bad after all, they’re just “ill.” Truthfully, I would’ve preferred the simple and more honest explanation given by our president, Donald J. Trump. “Grab ’em by the pussy … When you’re a star, you can do anything.” Thank you, Donald. I believe you’re the only sexual predator, to date, who’s told the truth.

As more and more women have come forward, A-listers who are normally intrepid, social injustice sniffers have scrambled to condemn Weinstein and announce that they had no idea all this was going on. Some said this despite knowing him for decades, starring in his films and being friends with accusers who starred in his films. OK. Whatever. I, myself, was a member of a “Let’s Bring Harvey Weinstein Down” lunch club, and I don’t even work in features. However, I will be the first to admit that clearly delineated moral choices can still be painfully complex where friendship is involved. One of the best friends I will ever have and a man I love dearly, former President Bill Clinton, has certainly taxed my feminist conscience, but always without diminishing my affection. I even helped write his apology to the nation for his own sexual misconduct, was sitting next to him when he delivered it, and believe to this day it was based on something that was none of our business. And yes, some may call it hypocritical, but I confess to having had no problem warning at least three top-level Democratic operatives against allowing Harvey Weinstein to host political fundraisers. A warning that evidently (and to the glee of Fox News) fell on deaf ears. Anyway, instead of re-litigating how we all got here, we might now be better served to ask not whether we knew about Weinstein’s crimes, but rather why we didn’t make it our business to know —particularly we women who have even a modicum of power or financial success. Shouldn’t it be our job to ask the females around us — the secretaries, the personal assistants and makeup artists — “Are you being treated OK? Is anyone harassing you? If this is happening, I promise I’ll stand right beside you.” Wouldn’t that be a sweet world?

Ironically, in a business that rarely allows women to play superheroes, recent events have created some new ones who will never be forgotten. Thank you, Ashley Judd, Rose McGowan and all you other stand-up, kick-ass females who have been willing to risk everything for the rest of us. We must absolutely honor your courage by never going back to the darkness and silence of business as usual. Because of you, we are not asking anymore. We are demanding our right to live and work in the entertainment industry, unencumbered by the sexual abuse of men. We are doing so because we believe that a young woman who climbs into her battered Honda Civic and says goodbye to everything she has ever known and loved should be able to pursue her dream of becoming an actress without having to watch Harvey Weinstein take a shower. We believe every female in our business has a right to show up for work with a rock-solid guarantee that she will not have to bounce a dime off her butt, shoot a raccoon, draw a sketch of her private parts or have a male appendage shoved down her throat because the man on the other end cannot earn this favor the old-fashioned way.

Change is coming. There is a new feeling in the air. But if you are looking for even more inspiration, you might want to google Thomas Edison’s first muse, debuting her famous, lavishly costumed, butterfly dance for the inventor of American film in 1896. Her name is Annabelle Whitford. Within a year, Edison will phase her out, bowing to the darker, more lucrative demand for female nudity and cockfighting in moving pictures. Astonishingly, you can still see her there today, smiling, hopeful, high kicking. In a way, I feel like she’s whirling and twirling for all of us, endlessly spinning our dreams in this safe, magical place. You go, Annabelle. Keep dancing. Keep shining. Never step out of the light.

Bloodworth-Thomason is a television writer, author and documentary filmmaker. She is currently penning her memoir, Rising Girl, My Adventures in Politics and Entertainment. 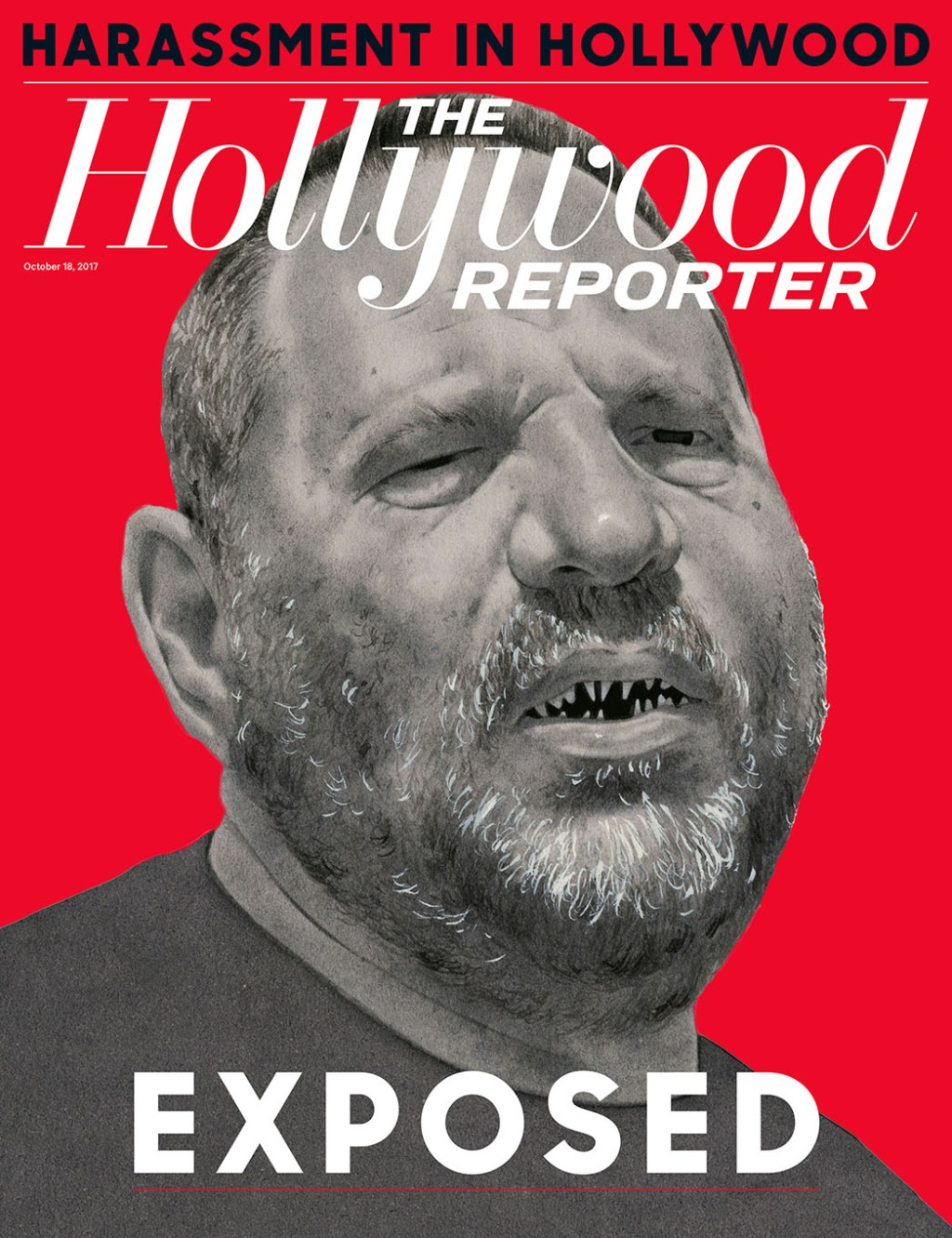