In the early hours of July 11, 1958, a sheriff and two of his deputies burst into the rural Virginia home of a young married couple, Richard and Mildred Loving, and went straight to their bedroom. Shining flashlights in their eyes, the lawmen demanded to know what the Lovings were doing together.

“They asked Richard who was that woman he was sleeping with,” Mildred said later. “I said, ‘I’m his wife,’ and the sheriff said, ‘Not here you’re not.’ ”

Sarah Michelle Gellar Returns to Fighting Form: "I've Earned the Right to Stand Where I Am"

The couple was charged with defying the state’s Racial Integrity Act of 1924 and thrown into jail, where Richard remained overnight, while Mildred was kept several days longer before being released to her father. Their crime? One was black, the other white, in an era when miscegenation was illegal in 24 states.

Soon after, a local judge sentenced Richard, a construction worker, to a year in prison. “Almighty God created the races white, black, yellow, Malay and red,” he declared, “and He placed them on separate continents, and but for the interference with His arrangement there would be no cause for such marriages.”

Some strange act of kindness or perversion led him to soften that sentence, and instead of insisting that Richard be jailed, he offered the couple an alternative: They could leave the state as long as they promised not to return — at least as husband and wife — for the next quarter-century.

Growing up in Little Rock, Ark., Nichols heard horror stories about segregation from his father. “Where my dad lived, you could look down and see the local jail, and there were many nights he’d hear beatings,” he says. “And he said there were instances — and this is if you were lucky — where the sheriff would just take a black person and give him a bus ticket to Detroit and sit there until they left.”

After obtaining financing (the movie was funded by Turtletaub and Saraf’s Big Beach Films), a 41-day shoot got underway in September 2015 in some of the real-life locations where the events unfolded. Whatever nightmare had taken place there in the past, the cast and crew were embraced by the locals.

The Lovings no longer are alive — Richard died at age 41 in 1975 when a drunk driver hit his car, and Mildred died in 2008 of pneumonia at age 68. But their daughter, Peggy Loving Fortune, now in her late 50s and one of their three kids, gave her advice and consent. (Their only surviving child, she declined to be interviewed for this story.)

“We spent about two weeks driving around Bowling Green and Central Point, where we filmed,” says Negga. “We drove to see Peggy. I just wanted to sit in a room and be with her.”

Adds Edgerton of the shoot: “It was like going through a time vortex. We shot the exterior of the jailhouse, and we were out on these farms with old architecture, and everybody was dressed just so, and the old cars were there. Jeff created a kind of time machine. But it did strike me how 50 years is really not that long ago. Not for this shit to be going down.”

Focus Features snapped up the movie for $9 million (roughly its budget) at this year’s Berlin Film Festival. It will be the first test of the company since it was overhauled this year under chairman Peter Kujawski, president Robert Walak and COO Abhijay Prakash — the NBCUniversal division’s third set of leaders in as many years.

Given the response Loving received in May at the Cannes Film Festival, it looks as if they’ve chosen well. The picture and its two stars are considered serious contenders for Oscar nominations.

Back in 1958, when the Lovings went into exile, it must have seemed unimaginable that their story ever would become a movie, let alone make history.

They were emerging from a time when lynchings and the Ku Klux Klan were a reality. More than 4,000 lynchings took place in the South between 1877 and 1950, according to the Equal Justice Initiative. Between 1880 and 1926, there were more than 90 lynchings in Virginia alone. But the Lovings had lived relatively removed from this in the racially mixed, borderline progressive Caroline County — where they both grew up — until the local sheriff caught up with them.

By the mid-1960s, when the couple was in exile in D.C., the civil rights movement was in full steam, and inevitably the Lovings were impacted by it. “In 1963, that is the summer of the great march on Washington, and the next summer is when the Civil Rights Act gets passed, and the next year Selma happened and the Voting Rights Act gets passed,” says historian Peter Wallenstein, author of Race, Sex, and the Freedom to Marry: Loving v. Virginia.

The passage of the Civil Rights Act inspired Mildred to reach out for help, and she sent a letter to Attorney General Robert Kennedy. “I was crying the blues all the time,” she told The New York Times about not being able to return to Virginia, “so [Richard’s cousin] said, ‘Why don’t you write Robert Kennedy?’ … She said that’s what he’s there for.”

A woman whose shy manner and deep reserve hid a steely determination, she never imagined her letter would put her at the forefront of a battle she never wanted to fight. “What happened, we really didn’t intend for it to happen,” she said in 1992. “What we wanted, we wanted to come home.” 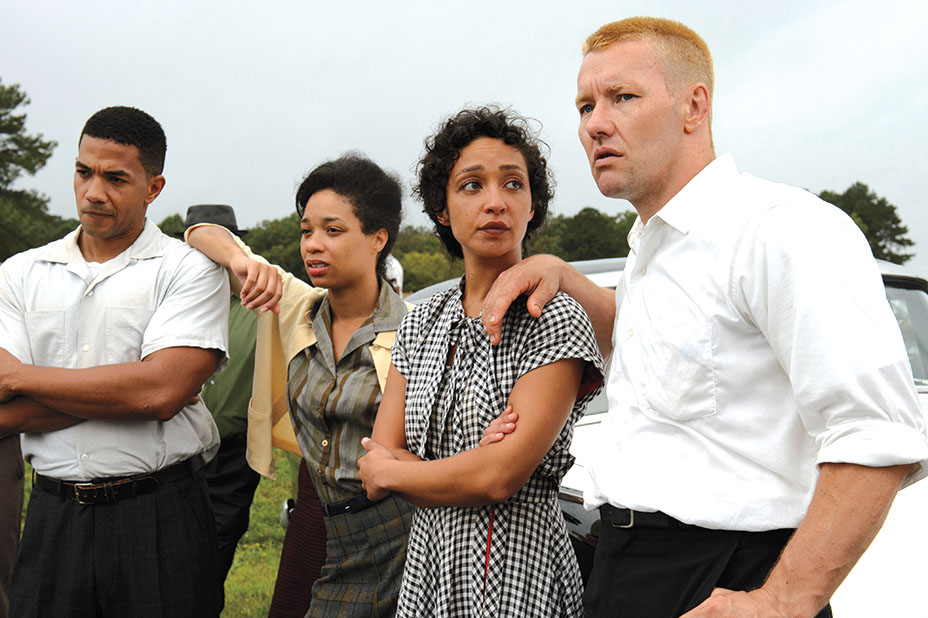 In her letter to Kennedy, she noted: “The problem is we are not allowed to visit our families. The judge said if we enter the state within the next 30 years that we will have to spend one year in jail. We know we can’t live there, but we would like to go back once in a while to visit our families and friends.”

To her surprise, Kennedy sent her letter to the American Civil Liberties Union. Soon, the Lovings were contacted by a young lawyer, Bernard S. Cohen. Only a few years out of law school, the 29-year-old had nothing in his background that might make one think he was ready for a major legal battle.

“I had done small cases that the ACLU office had asked me to look into, nothing of any consequence that I can recall,” the attorney, now 82, says today. “I was a civil practitioner. I didn’t even handle any significant criminal work, other than traffic cases.”

After filing a petition on the Lovings‘ behalf, Cohen decided to stop by his alma mater, Georgetown Law School, to seek the advice of one of his law school professors. There he encountered another young lawyer, Philip J. Hirschkop, who was sitting in the faculty lounge, chatting with the professor.

The two men could not have been more different. While both were Jewish and fiercely committed, one was a relatively easygoing litigator, while the other was a 28-year-old former Green Beret who had just returned from working on civil rights issues in Mississippi and was without a job. It was Hirschkop who argued the grounds on which the case would be taken further.

“They had been banished from the state of Virginia as a criminal sentence — and that is illegal,” he says. “You can’t banish people from one state to another.”

Soon after meeting Cohen, he began to work with him and even joined the same law firm. Many years later, they would have a falling-out (Hirschkop declines to discuss why), but their bond grew strong, deepened by their commitment to their cause. 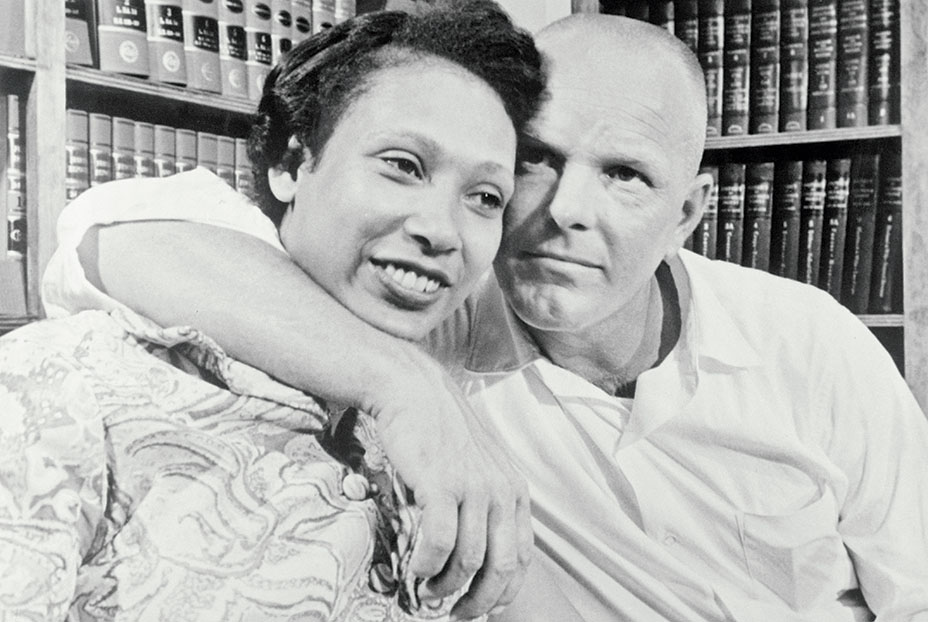 “I knew it would end up in the Supreme Court,” says Cohen. “I told as much to Mr. and Mrs. Loving. Mr. Loving couldn’t believe it. He wanted me to just go see the judge and tell the judge to please let them come back to Virginia, that they wouldn’t make any trouble. It was a naive approach, and Mrs. Loving realized it was not the way things were going to go. She didn’t understand what would be involved, but she had a feeling it was significant.”

They did not realize how untested the lawyers were or how unlikely it was that their case would be accepted by the U.S. Supreme Court.

“Neither of us had ever argued a case in the Supreme Court,” says Cohen. “Phil was not even qualified, and I had to move his admission to the court, a special privilege since he was not a member of the Supreme Court bar.”

Their timing was perfect. The Supreme Court was at its most liberal under Chief Justice Earl Warren, and the country had been convulsed by civil rights battles. After the Virginia Supreme Court ruled against them, the U.S. Supreme Court agreed to a hearing. On April 10, 1967, Hirschkop and Cohen stood before Warren and eight other justices.

“The lawyers laid out an elegant, watertight case for why the state had no constitutional right to prevent people from marrying because of their race,” says Wallenstein.

Nothing Cohen or Hirschkop said was more powerful than Richard Loving’s own words, relayed to the justices: “Tell the court I love my wife, and it is just unfair that I can’t live with her in Virginia.”

“We have consistently denied the constitutionality of measures which restrict the rights of citizens on account of race,” wrote Warren in his landmark opinion. “The 14th Amendment requires that the freedom of choice to marry not be restricted by invidious racial discrimination. Under our Constitution, the freedom to marry, or not marry, a person of another race resides with the individual and cannot be infringed by the State.”

“It was pretty much the last tree to fall, the last piece of Jim Crow, of the legally segregated world of the South,” says Jane Dailey, an associate professor at the University of Chicago Law School and editor of Jumpin‘ Jim Crow: Southern Politics From Civil War to Civil Rights. “Once that fell, you couldn’t prop it up again. Once you got rid of the legal barriers to interracial marriage, you got rid of the legal barriers to interracial children — which would wreck white supremacy. Then you’ve opened the door to a society that looks a lot more like Caroline County, where nobody knows exactly what they are, and it doesn’t really matter.”

Hirschkop remembers calling the Lovings to break the news. “Bernie’s secretary got them on the phone in his office,” he says. “[Mildred] was a little more excited than I’d heard her previously. But I don’t think [Richard] even got on the phone. We told them we had to have a press conference the next day — the ACLU was insisting on it, and I understand why. They didn’t want to go [although they did agree to take part]. They just wanted to be left alone to get on with their lives.”

After the Lovings returned to Virginia, there would be one or two nasty incidents — a cross was burned on the lawn of Mildred’s mother — but soon these faded away.

A year before Mildred’s death, she spoke of the bond she shared with her husband that had carried them to the top of the American judicial system and changed the law forever.

“Not a day goes by that I don’t think of Richard and our love,” she said, “and how much it meant to me to have that freedom to marry the person precious to me, even if others thought he was the ‘wrong kind of person.’ “ 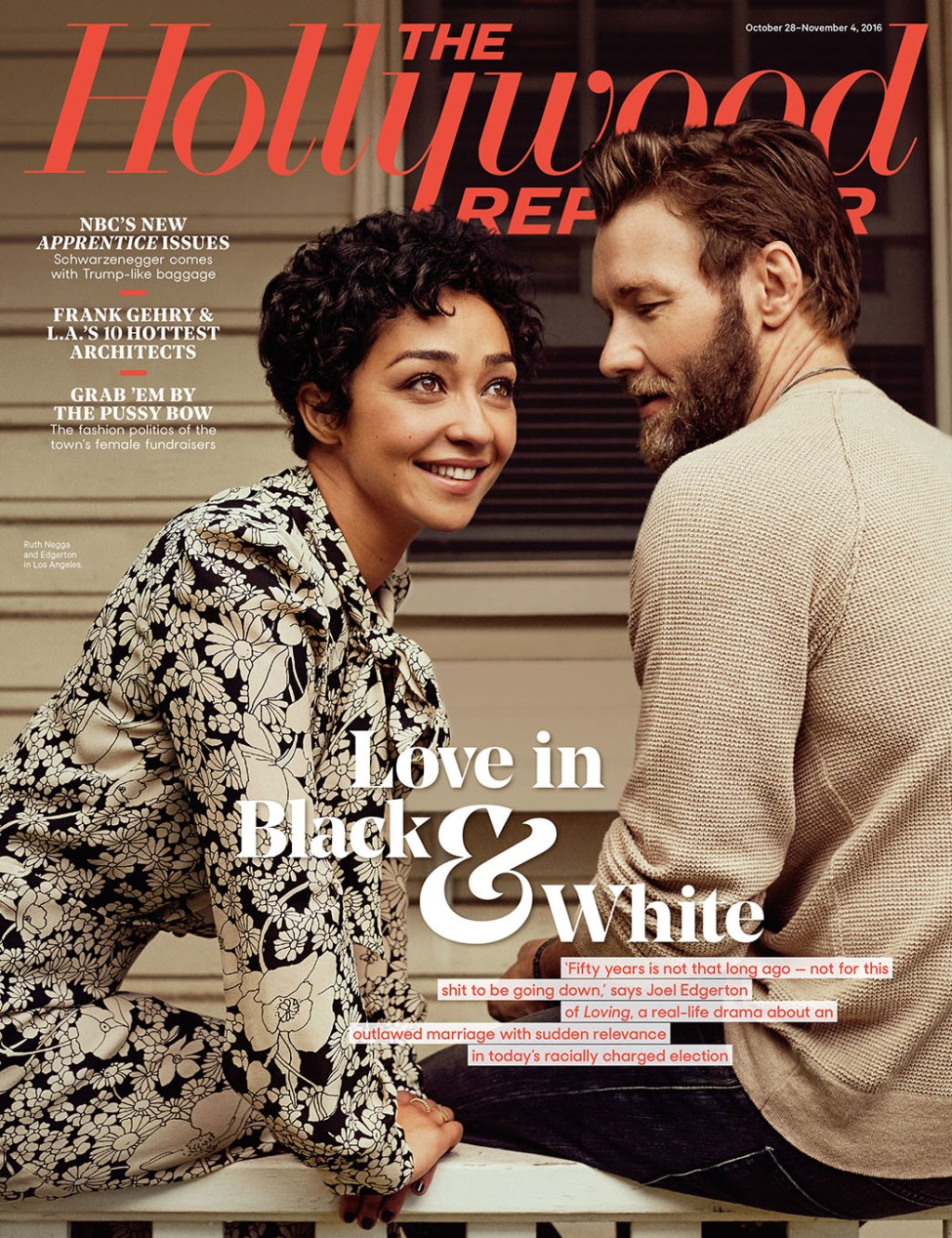