Matt Damon had been waiting 15 years for a phone call from Alexander Payne. The 47-year-old actor had wanted to work with the acclaimed 56-year-old director since the two first met at a party hosted by Sherry Lansing back when she was running Paramount. But Payne’s timing when he finally did call Damon, in late 2014, couldn’t have been worse.

At that time, Damon was preparing to star in a different film, a dark drama he’d spent years nurturing. To take the part Payne was now offering — the lead in ?the indie auteur’s first big-budget, effects-heavy sci-fi spectacle — Damon would have to give that role away to another actor, something he definitely didn’t want to do.? But Payne must have been persuasive, because Casey Affleck ended up playing the lead in Manchester by the Sea  — and winning an Oscar for it — while Damon left to do Downsizing. “But then the money for Downsizing fell through,” Damon adds with a wince, “so we had to wait another year to make it.”

'Farha' Filmmakers on Social Media Backlash to Jordan's Oscar Contender: "It Felt Very Much Like an Organized Thing"

That Downsizing got made at all is something of a minor Hollywood miracle. Payne, after all, is best known for putting big stars in small-budget character studies (like George Clooney in The Descendants or Jack Nicholson in About Schmidt) and for even smaller satires (like Election and Sideways). As renowned as he is, there’s nothing on his résumé that would encourage a studio to write a $100 million check, the budget Payne envisioned. Still, Payne was getting tired of painting on small canvases. “I was itching to try something with a little more ambition to it, a bigger scope, a bigger budget and see what that feels like,” he tells THR. 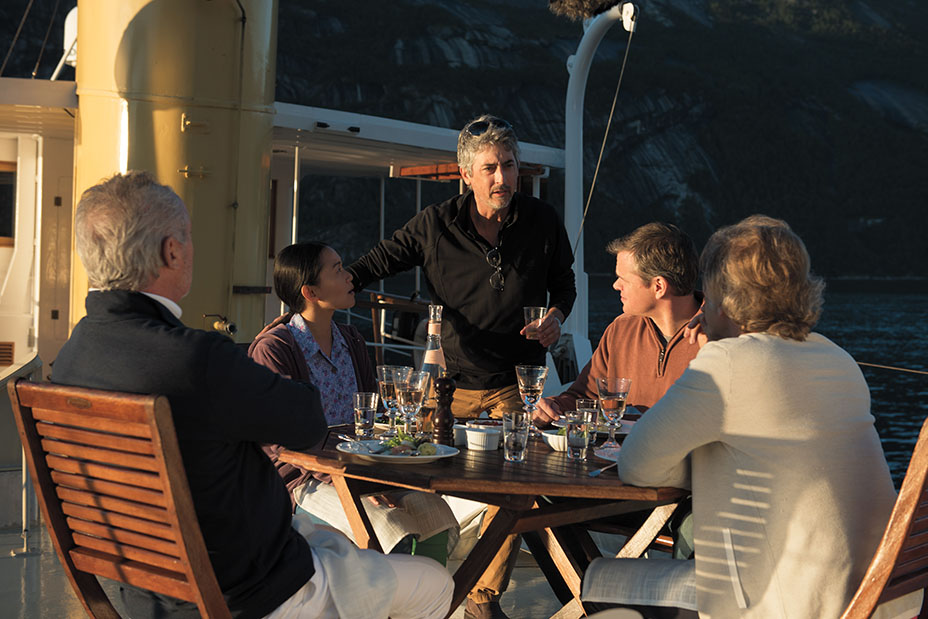 To go big, Payne decided to go small, with a script he and longtime writing partner Jim Taylor had been noodling around with since the mid-2000s. It was about a future where the world’s ecological problems get solved by shrinking people to 5 inches and transplanting them to Leisureland, where (almost) everyone gets to live like kings and queens — only with a fraction of the carbon footprint. Damon plays Paul Safranek, an occupational therapist who is so underwater financially that he volunteers for shrinking, but awakens from the procedure to discover that his wife, played by Kristen Wiig, has backed out at the last minute. In Leisureland, he finds a job as a sales rep and befriends a Vietnamese dissident (Vietnamese-born actress Hong Chau, nominated for a Golden Globe and SAG Award for her breakout performance) who was forcibly miniaturized and lives in a tenement on the outskirts of town, where Paul is horrified to learn about the dark underbelly of Leisureland’s economy. 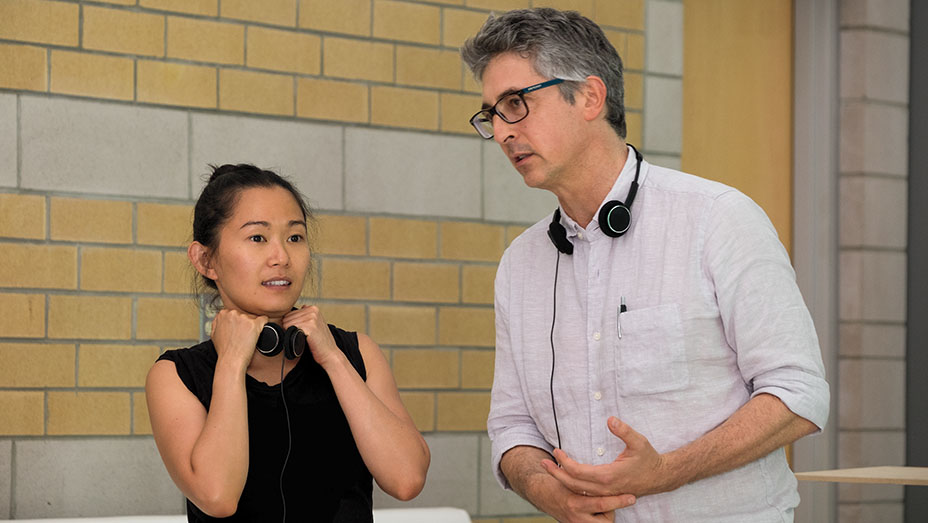 “We’re not political filmmakers per se,” says Payne. “We weren’t setting out to make a movie about overpopulation and climate change. But I thought? it would only be decent of me to do something with some kind of political consciousness to it, a little bit more like our early work with Citizen Ruth [in 1996, which tackled abortion rights].”

Finding a studio willing? to spend $100 million on an Alexander Payne movie, though, turned out to be something? of a challenge. Even the studio where Payne had made The Descendants and Sideways — Fox Searchlight — passed on the idea. Finally Megan Ellison’s Annapurna Pictures stepped up to finance the film at $70 million, later bringing Paramount along as a partner. But even before it landed at Paramount, Payne knew a movie with that big a price tag would benefit from a big star (although, at one point, he considered Sideways actor Paul Giamatti for the lead), so he did some reconnaissance. “You don’t want a nightmare on your hands — then you just want to kill yourself,” he explains of how he picked his leading man. “But filmmakers talk to each other about what it’s like to work with so-and-so, and everyone says it’s great to work with Matt.”

Once Damon had been poached from Manchester (although he stayed on that film as a producer), Payne began casting the other parts. For a time, it looked like his Election star Reese Witherspoon might play Damon’s wife, but scheduling conflicts got in the way. Chau, who had appeared in Treme and Big Little Lies, was an unknown to Payne, but he cast her after being knocked out by her audition tape. Christoph Waltz signed on as a Eurotrash playboy who lives upstairs from Damon’s character, while Jason Sudeikis came on to play a gung-ho down-sizer who loves being small. 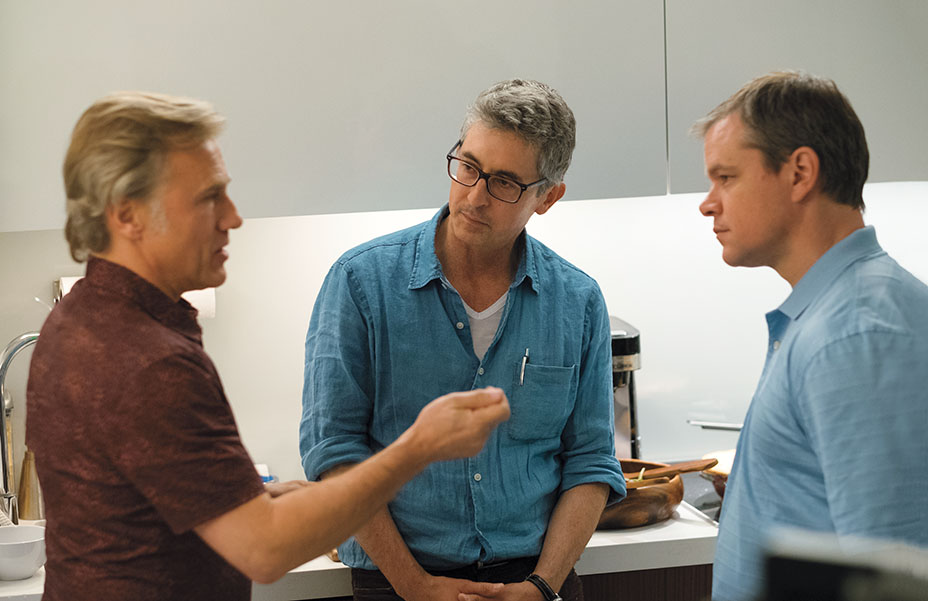 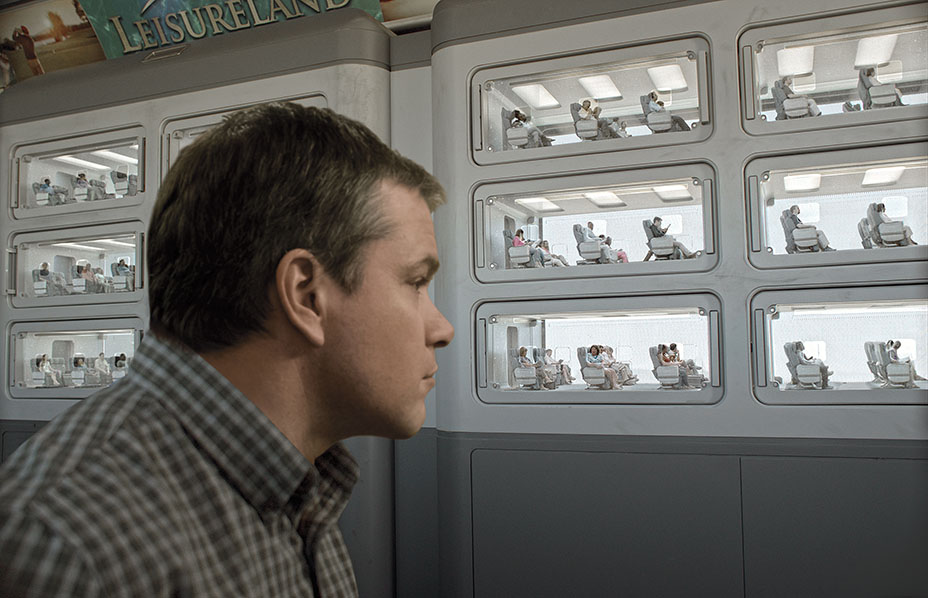 Payne brought veteran producer Mark Johnson (Rain Man, The Chronicles of Narnia) to help squeeze the $100 million movie he’d envisioned into the $70 million Ellison and Paramount were willing to spend. “The budget was crazy high,” says Johnson. “Nobody was going to make it for $100 million. So I thought, ‘OK, how do we give Alexander what he wants and still find a price that makes sense?’ We got a different production designer [Stefania Cella]. The original designer was somebody who does really big movies and is used to spending a lot of money.”

But even as the budget was being miniaturized, Ellison started getting cold feet. Although she never officially backed out? of the production, she stopped returning phone calls from Brad Grey, who was running Paramount at the time (he died this year). Grey decided to go ahead and greenlight the movie ?in early fall 2015 without Ellison, footing the entire budget. 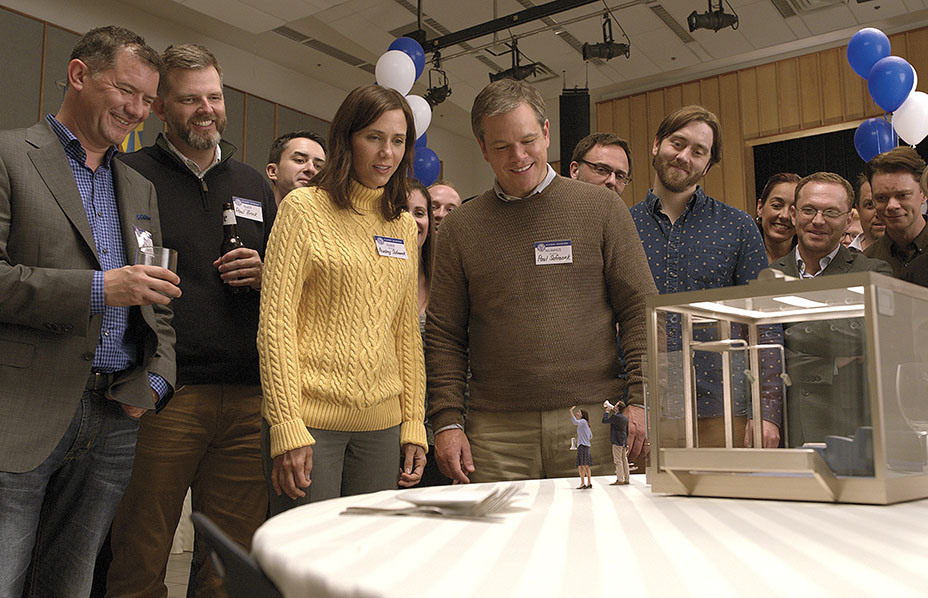 In April 2016, production on the 70-day shoot commenced ?in Toronto, at Pinewood Studios’ 11-acre campus. “It was like making any other film, only there was more of it,” says Payne. “I had a visual effects tsar who [broke it down] into little bite-size morsels for me so I didn’t freak out. My charge to them was two-fold: Number one, trick me into thinking I’m making a real film, one without visual effects, so that the acting doesn’t suffer. And number two, I wanted the visual effects to be so real and believable as to be spectacularly banal.”

That special effects tsar, James Price, says Payne’s mandates made it much more difficult to cheat shots with digital tricks. For instance, in one particularly involved scene, a normal-sized human is carrying a box with two tiny people in it. “That required us to first shoot a background plate of the actor carrying a box that had 5-inch-high figurines in it,” explains Price. “Then we tracked the motion of that box in the computer, and we built a [human-sized] box on a motion control base, we shot the actors [in the large box] against a greenscreen, and then they were composited into the small box that the other actor had originally carried.” 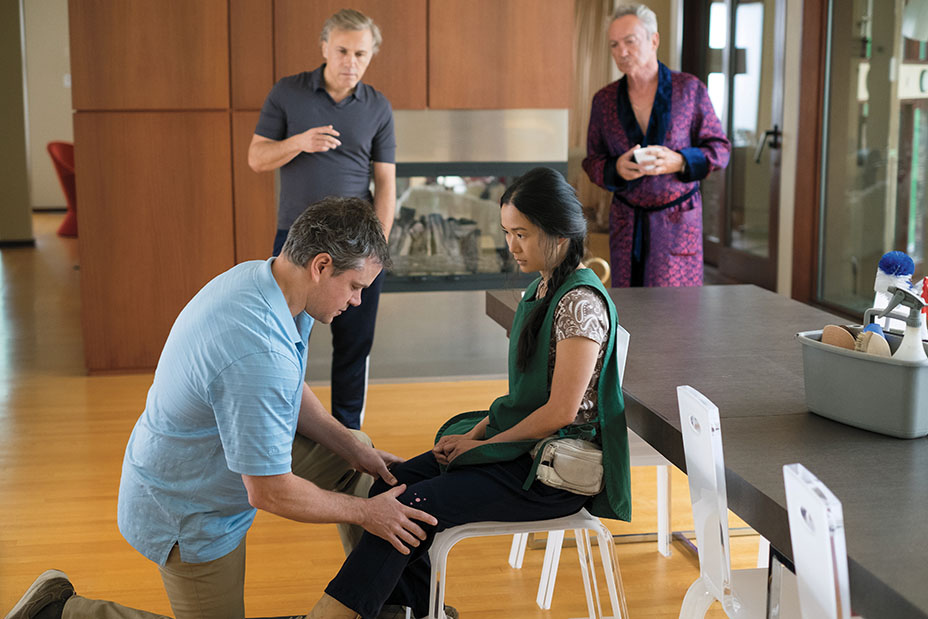 Once the shoot was over, Payne and his longtime editor, Kevin Tent, spent a full year in an editing bay near the Paramount lot slicing the film together. “Every director is different,” says Tent. “I’ve worked with Barry Sonnenfeld, who doesn’t like to be in the editing room at all. But Alexander, he likes being in there.” The first cut of Downsizing came in at three hours, but like everything else with this film, it too got shrunk — to a still-not-so-tiny two hours and 15 minutes.

It was well-received when it opened the Venice Film Festival last August and in November was named one of the top 10 films of the year by the National Board of Review. But however it does when it opens wide on Dec. 22, Damon has no regrets about quitting his part in Manchester by the Sea to instead play a 5-inch-tall sales rep in Downsizing. Says the actor of his decision, “I just wanted to be in an Alexander Payne movie.” 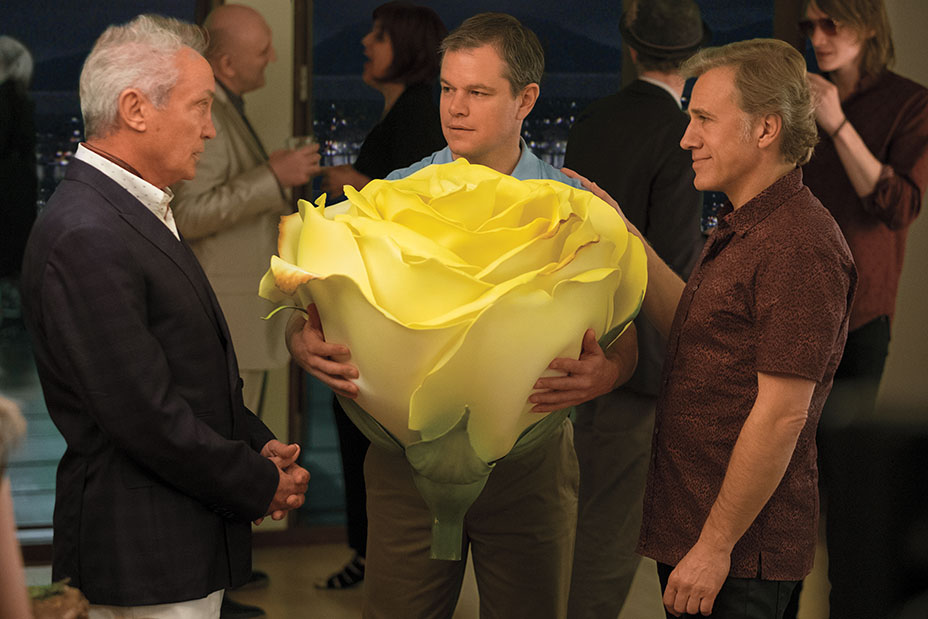