In the spring of 2014, first-time author Margot Lee Shetterly was driving back to her hometown of Hampton, Va., from neighboring Virginia Beach when she got a call from a New York number. She pulled off the road into a supermarket parking lot and found herself talking to veteran producer Donna Gigliotti.

Gigliotti had gotten hold of Shetterly’s 55-page book proposal for Hidden Figures, the true-life but little-known story of African-American female NASA mathematicians. Shetterly’s book still was more than two years away from publication, but Gigliotti already was plotting its trajectory to the big screen.

'Spirited': Ryan Reynolds and Will Ferrell's Musical to Hit Apple TV+, Theaters in Time for Thanksgiving

'Glass Onion: A Knives Out Mystery' Review: Rian Johnson Outdoes Himself With a Wildly Enjoyable Sequel

“Donna told me, ‘We are going to make a movie out of your book proposal,'” recalls Shetterly, 47. “She was very, very confident. I was like, ‘My God, this is my first book.’ But everything she said on that first phone call came true. She really had a vision.” 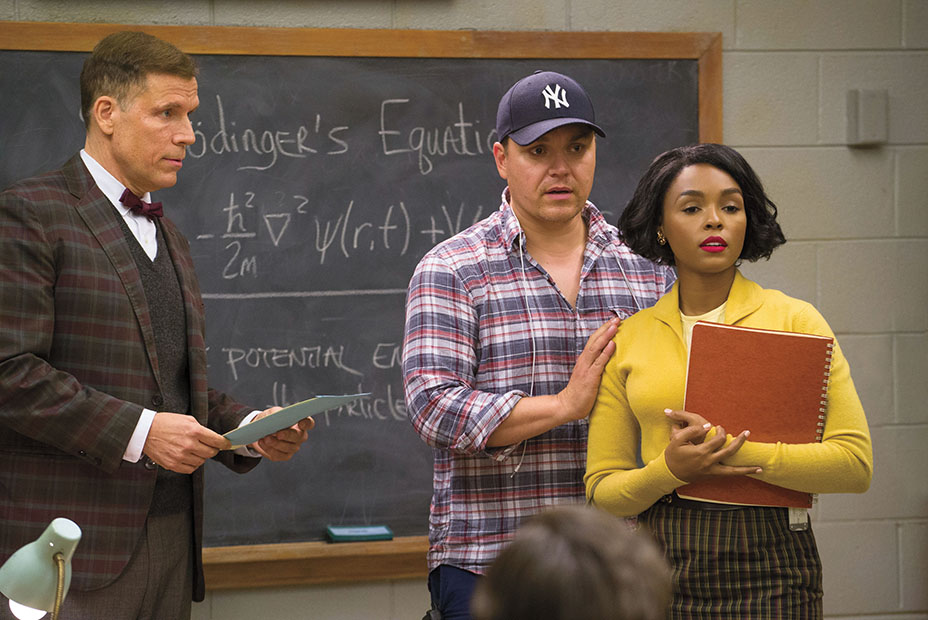 That vision, which is prospering at the box office after first landing in select theaters on Dec. 25, is an early 1960s-set drama with an original score by Pharrell Williams that stars Taraji P. Henson, Janelle Monae and Octavia Spencer (who was nominated for a Golden Globe for her role). Set against the backdrop of that red, white and blue symbol of Kennedy-era optimism and ambition — the U.S. space program— it tells the tale of a trio of brilliant black women, Katherine Johnson, Dorothy Vaughan and Mary Jackson, who performed mission-critical computations for the Gemini program but who still had to walk a half-mile to use the “colored only” bathrooms and endured other indignities of the Jim Crow South. Figures is the first Hollywood film to focus on — or even much acknowledge — the sin of segregation at the heart of the space race.

“It was so obvious to me that this was a movie,” says Gigliotti, 62, the Oscar-winning producer behind Shakespeare in Love and Silver Linings Playbook. “But clearly not to anybody else. I don’t think UTA, which sent out the proposal, had any other bids.”

Over the Jan. 6-8 weekend, Hidden Figures came in ahead of expectations when expanding nationwide, grossing $22.8 million and toppling Rogue One: A Star Wars Story from the top spot.

Shetterly got the idea to write her book around 2008, after hearing her father, who had worked at NASA’s Langley Research Center in Hampton during the 1960s, tell the story of the three African-American “computers” (as the mathematicians were called back then) who helped make space travel possible. Shetterly, who worked in finance and media before becoming an author, couldn’t believe she’d never heard of these women before. So she decided to shine a light on this forgotten moment of history. She spent six years researching the material, interviewing Johnson — now 97, she’s the last living member of the team — over countless sessions. In fact, Shetterly was driving back from a visit with Johnson at her retirement home in Virginia Beach when Gigliotti called her from New York.

Within days of their parking lot conversation, a deal was struck that gave Gigliotti’s Levantine Films the rights to Shetterly’s book. Gigliotti’s next step was to find a female screenwriter who knew something about rocket science, or at least enough to work with Shetterly on a script. As it turned out, one existed: Allison Schroeder, an Oxford-educated young scribe who had interned at NASA’s Cape Canaveral during high school. “Her father and her grandparents worked at NASA,” notes Gigliotti. “She is a woman who understood what the vernacular was.” 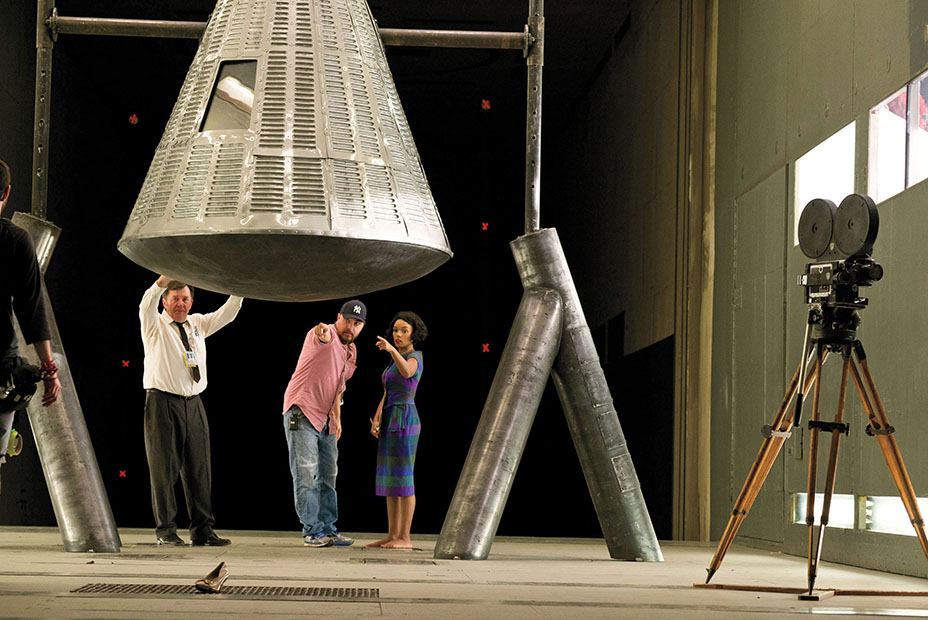 That didn’t mean the project was without challenges. “I had some trouble in the beginning letting go of the truth and fictionalizing some things,” says Schroeder, 38. “I buried myself for 12 weeks and wrote the first draft. But it was too long and dense.” With Gigliotti’s guidance — and in collaboration with Shetterly, who was writing her book concurrently — Schroeder zeroed in on a story arc that would begin with the Russians launching Sputnik and end with John Glenn’s historic orbit of the Earth on Feb. 20, 1962, a mission made possible by Johnson’s equations. (Glenn wouldn’t go up until the “girl ran the numbers.”)

In spring 2015, Gigliotti began shopping the script to actors. The first coup: getting Octavia Spencer, 46, to play the always coolheaded Vaughan. “I thought it was fiction,” says Spencer of her first reaction to the script. “Then when I met with Donna, I realized it wasn’t fiction, and I was angry that no one knew this story.” 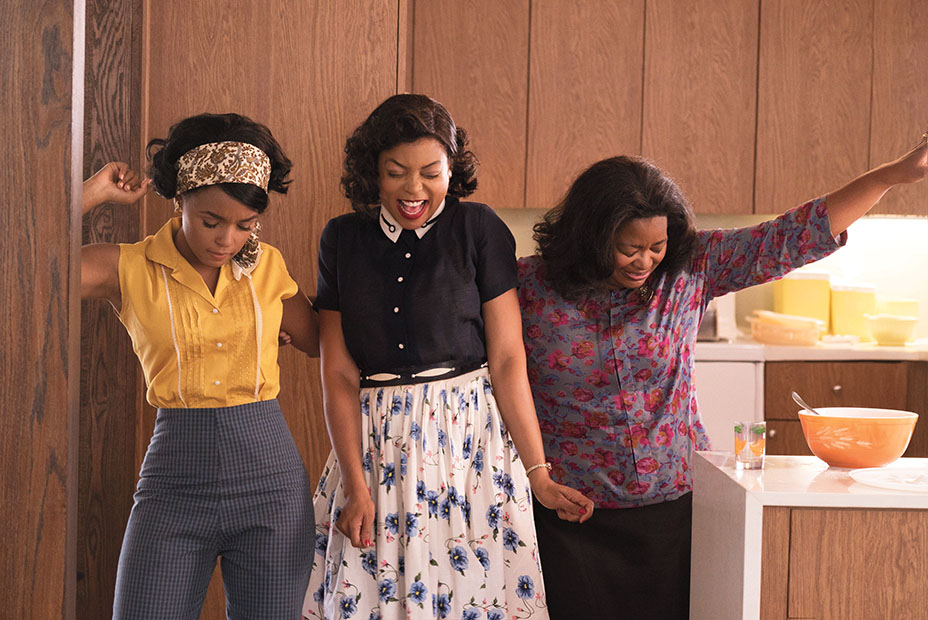 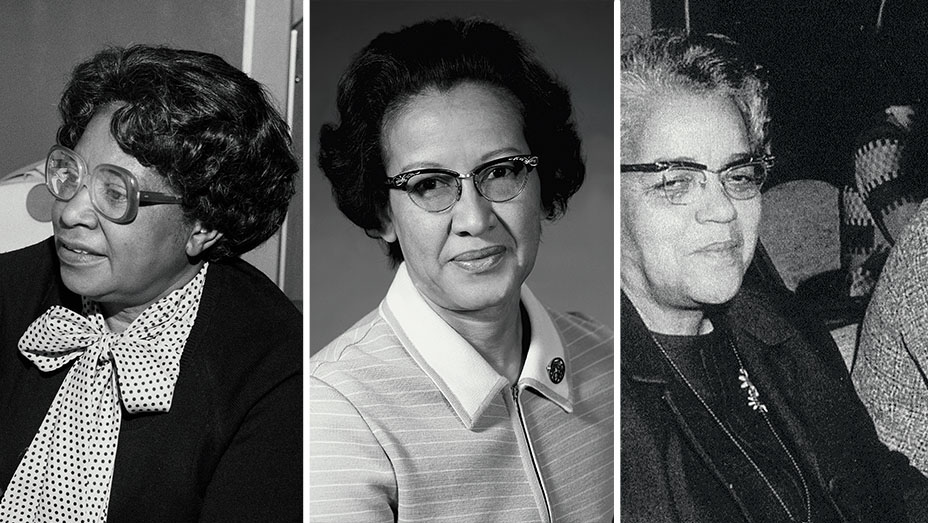 Around the same time, Gigliotti happened to have a “general meeting” with Williams’ producing partner, Mimi Valdes. When Hidden Figures came up in conversation, Valdes pounced. “She said Pharrell would do anything to be a part of that.” Williams happened to be writing songs with a 1960s flavor — he’d just released “Freedom” — and saw the opportunity as kismet. “It was like the universe was tuning my mental faculties to be ready to write songs for the film,” he says.

By summer, Gigliotti was ready to find a director. UTA put calls out, including to Theodore Melfi, 45, who then was in the running to direct Spider-Man: Homecoming. “I was floored [by the pitch],” he says. “Every image you see of the space race or of NASA at the time, every piece of archival footage, every documentary, there’s not a [black] woman anywhere. How come we don’t tell this story?”

Melfi withdrew his name from consideration for Spider-Man and signed to direct Hidden Figures. He also suggested Gigliotti take the script to Peter Chernin, who had produced Melfi’s previous film, St. Vincent. Chernin Entertainment jumped at the chance to make the movie. “All of us had the same experience — you just can’t believe no one knew about these incredible women,” says Jenno Topping, head of film and television at Chernin’s company. “That was the first reaction. Then you start to think about the fact that this country, and our culture, celebrates brawn as opposed to brains. That bias still exists today. We celebrate athletes and movie stars but not scientists.”

Topping passed the script to Elizabeth Gabler at Fox 2000. Within a week, Gigliotti had a studio film with a $25 million budget.

“Taraji Henson was the first call I made,” says Melfi. “I’ve been a huge fan of hers since The Curious Case of Benjamin Button.” Henson, 46, immediately agreed to play Katherine Johnson despite a tortured relationship with the film’s main subject matter. “You talk math to me, and I literally break out in hives,” says the actress. “I failed precalculus in college, so math reminds me of a time in my life when I failed.” 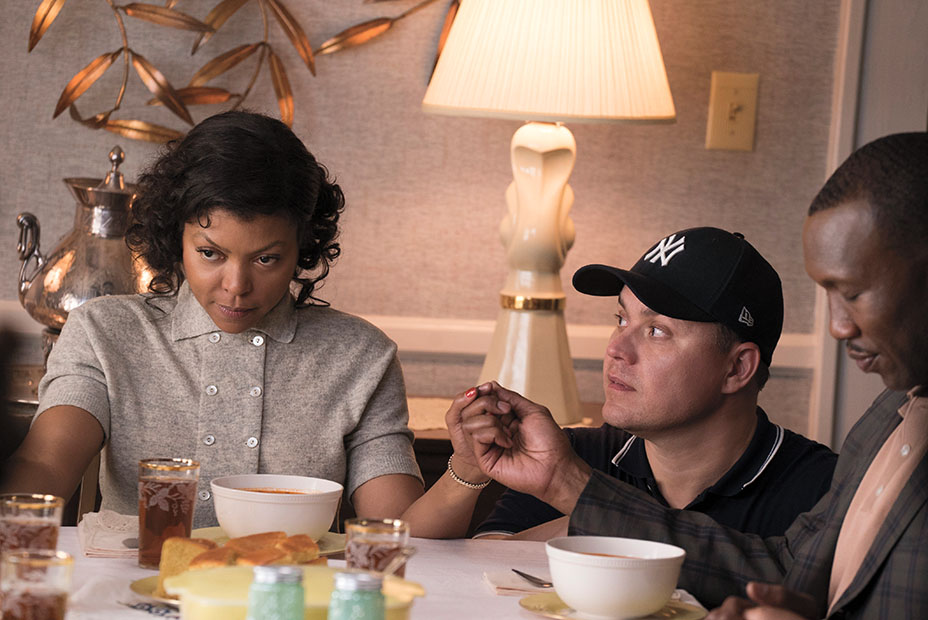 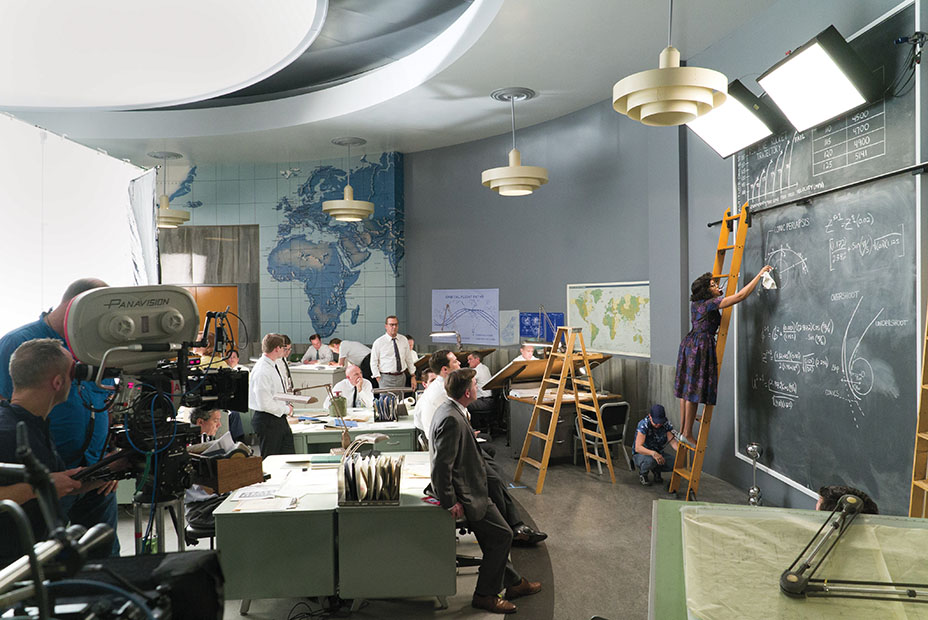 To prep for the role, Henson spent time with Johnson in November 2015. “I don’t even think she sees herself as a hero,” says the star. “I tried to pick her brain on the racism she endured, but she didn’t make a big deal of that. She was just like, ‘That’s the way things were.'” To compensate for her math issues — Henson has several scenes in which she performs computations on a blackboard — the actress rehearsed endlessly. “I had them put a chalkboard in my room,” she says. “I practiced over and over.”

With Monae, 31, filling out the trio and Kevin Costner, Kirsten Dunst and Jim Parsons joining the crew as NASA officials, Hidden Figures began filming in March. Morehouse College in Atlanta, a historically black college, doubled as the Langley Research Center (with replicas of 1960s-style consoles installed in some of the classrooms). “It was lightning fast,” says Melfi of the 46-day shoot, but there were glitches. Like when Costner got kidney stones. “I was extremely ill,” says Costner. “I was on morphine and Vicodin. But I kept filming.”

During postproduction in L.A., Williams co-composed the score with Hans Zimmer and Ben Wallfisch and wrote all the original songs for the film. “One thing this movie does is show the changing narrative of history,” he says. “Women were there.”

About four months before the movie opened, Shetterly’s book was published. It shot to the top of the best-seller list. She saw the finished film adaptation in early December — the same day, poignantly, that Glenn died. “I was devastated by the death,” she says. “But I loved the movie. Even though I knew how the story ends.”