In 2013, in a banquet room over the Tribeca Grill in New York, Martin Scorsese, Robert De Niro, Al Pacino, Joe Pesci and a handful of other actors gathered for an intimate reading of the Irishman script in front of potential backers. At the time, De Niro and Scorsese had been trying to get the movie made for four years, and it would be another six before the mobster film finally made it to theaters.

“We wanted to generate interest, possible financiers and to keep the energy alive,” says Scorsese, 77. “We felt it was a very special culmination of a lot of the work we’d done over the years. And I felt very specific about how I could put in the proper place the milieu of the gangster. And beyond that, the background of the politics and the state of the nation.”

The Irishman would not seem to be the type of project that needed a pep rally for investors. Based on the 2004 Charles Brandt book I Heard You Paint Houses, the movie tells the story of Frank Sheeran (De Niro), a Mafia hit man who professed to having played a role in the death of Jimmy Hoffa (Pacino). The project was to reunite Scorsese, the most celebrated chronicler of the mobster genre, with some of his most beloved collaborators in an epic tale spanning decades, from 1949 to 2000. It would be Scorsese and De Niro’s first teaming since 1995’s Casino and, remarkably, the director’s first time working with Pacino. But the film industry’s turn toward franchise fare had begun, and though it was easy to get a meeting — who in Hollywood wouldn’t want to sit with legends? — it was difficult to secure a green light at the budget ($175 million) Scorsese felt necessary to do the job. 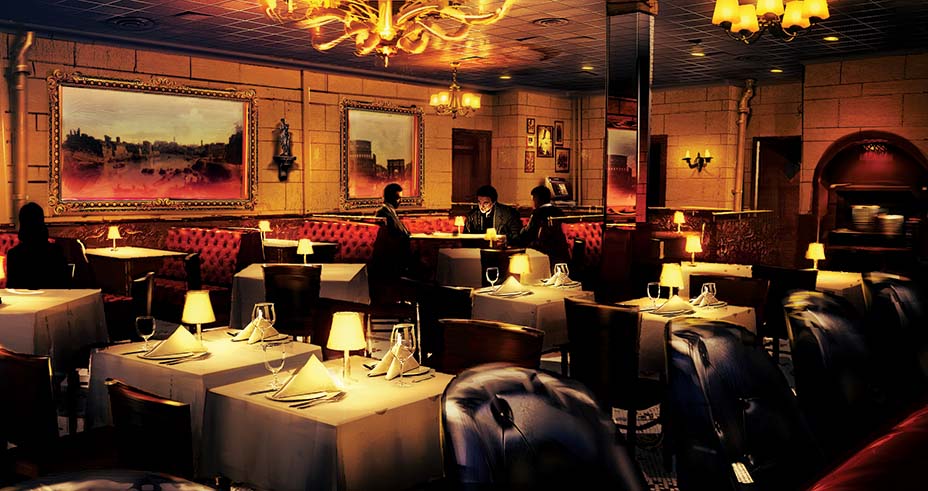 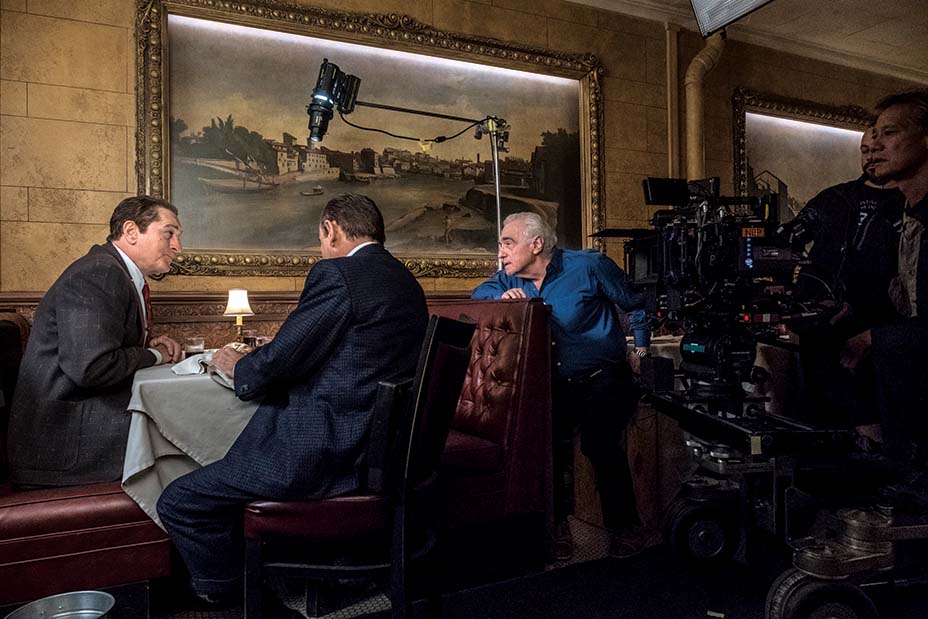 Six years later, The Irishman is playing in theaters and set to premiere Nov. 27 on Netflix. In many ways, the movie that Scorsese and De Niro made, about an older man’s reflections and regrets, is among the most experimental of their careers, both for the digital de-aging process Scorsese relied upon with his principal cast and for its distribution by a streaming company. The Irishman also features an uncharacteristically quiet performance by Pesci as crime boss Russell Bufalino, in the actor’s first major film role in nearly a decade.

The project started as a much more traditional genre piece. De Niro began reading Brandt’s book as research for a role in a movie he and Scorsese planned to make for Paramount, Frankie Machine, about a retired hit man who is pulled back into the fold. In July 2007, Scorsese and De Niro got on the phone with then-Paramount chairman Brad Grey to greenlight Frankie Machine and ended up talking themselves out of a deal. “Brad said, ‘All right, so we’re going to make this movie,’ ” says De Niro’s producing partner Jane Rosenthal, who also was on the call. “And then you hear Bob say, ‘Well, there’s this other book …’ Brad said, ‘OK, so you’re going to take this greenlight movie and turn it into a development deal? I’m in.’ ”

Switching projects was a risky move. But De Niro connected with a wistfulness in the Brandt book, in which Sheeran is telling his story as an 82-year-old looking back on his life. “The whole story reflects how we are getting older, and that feels right,” says De Niro. “We’re getting closer to that time, if you will.” 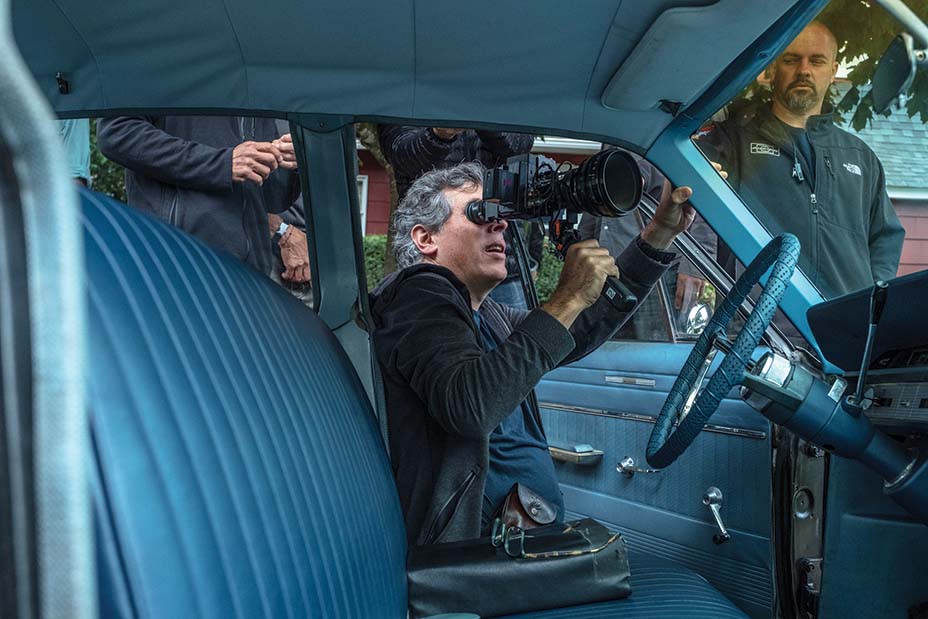 Steve Zaillian, who co-wrote 2002’s Gangs of New York for Scorsese, finished a first draft in 2009, and early on it was clear this was going to be a different type of mob movie for the director. In Goodfellas, Zaillian says, “When someone would get killed, there would be a big rock and roll cue for it, and a long shot of showing the dead bodies in the car, the dead body staring up at the ceiling with music. There’s none of that in The Irishman.” Instead, the film takes a workmanlike approach to Sheeran’s violent profession, a tone that Scorsese and Zaillian discussed in the writing stage and that cinematographer Rodrigo Prieto achieved with the camera. “The approach to the violence was very matter-of-fact,” Zaillian says. “It would be, he comes up to the guy, shoots him twice in the head, walks away. It was not elaborately written or shot. We were more interested in everything around that. How do you pick the gun? Where do you throw the gun?”

Over the years, as financing came and went and De Niro’s and Scorsese’s schedules diverged and converged, Zaillian would return to the script, sometimes meeting with Brandt to flesh out ideas in the book. An early draft included a much larger section on Sheeran’s service in World War II, which ultimately was excised (even with that trim, the movie clocks at a leisurely three-hour, 30-minute running time).

After years of failed starts and at the urging of Scorsese’s manager, Rick Yorn, Scorsese and De Niro sent the script to Netflix chief content officer Ted Sarandos in November 2016. Netflix was trying to establish itself as a home for marquee filmmakers and was willing to pay to get them. Ten months later, The Irishman began production in New York, on a sprawling, 108-day shoot that would visit more than 160 locations and 28 built sets, include 200 characters and hop through four time periods. 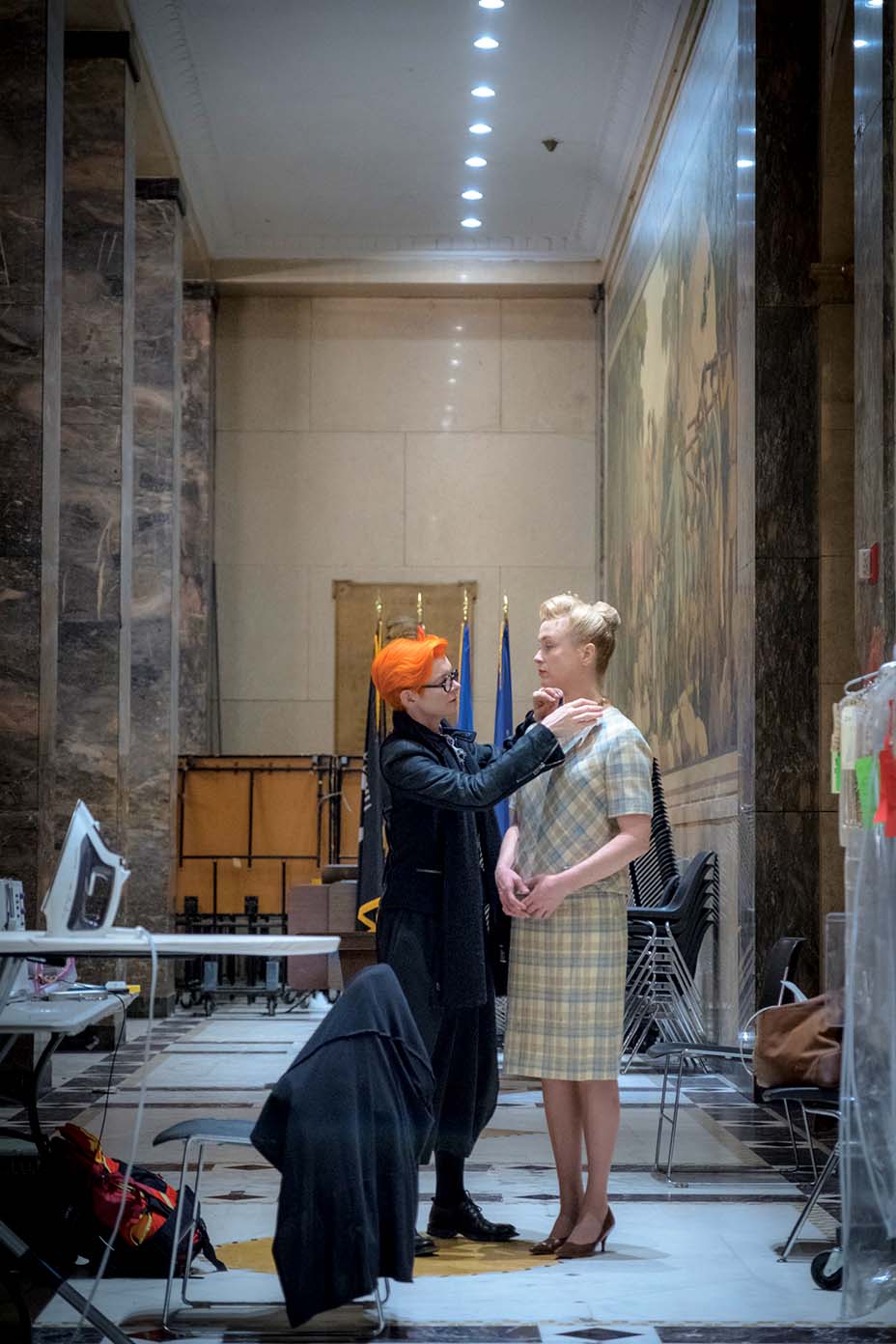 Among the early challenges was luring Pesci to the project. The actor at first assumed Scorsese wanted him to play yet another flamboyant, quick-tempered gangster, a prospect that didn’t pose enough interest to pull him back from a comfortable life of playing golf and singing jazz under his pseudonym, Joe Doggs. “There was a lot of persuasion,” Scorsese says. “If we’re going to come together again, it’s got to be something that could be a change for him. And he wasn’t sure that was the case. Once he caught on that it was going to be the opposite of what you normally see, he really enjoyed himself.”

Production designer Bob Shaw set about creating spaces that would serve Scorsese’s vision of simplicity in the lives of the criminal characters. Shaw’s team built a modest, lived-in restaurant where the mobsters would meet, adding grease and dust-filled vents. “These are not people leading glamorous lives,” says Shaw. “They spend their lives looking over their shoulders. They’re very, very morally compromised, and their reward is to lead a fairly ordinary life. It does make you wonder why anyone would do it. ‘I imperiled my mortal soul for a house in South Philadelphia.’ “

Scorsese’s early directions to Prieto also were about style. “He said, ‘You know, I was imagining the film to have this sort of a feeling of the memory of family films,’ ” Prieto says. “‘But I don’t want it to be all handheld and grainy, just that feeling.’ ” In order to achieve a reminiscent mood, Prieto studied still photography from the different eras and replicated the color of film emulsions used at the time.

Prieto’s most daunting task, however, was shooting the scenes where De Niro, 76, Pacino, 79, and Pesci, 76, played themselves as men in midlife, using a camera rig nicknamed “the three-headed monster” that would allow visual effects artists at Industrial Light & Magic to de-age the actors digitally without the performers wearing helmets or digital markers on their faces. Scorsese had decided against casting young actors for those sequences and instead enlisted visual effects supervisor Pablo Helman to “youthify” his septuagenarian leads. “Where do you find them, first of all?” Scorsese says of casting young corollaries to his leads. “The thing about Bob and Joe and Al is that, playing younger, they’re not playing themselves younger, they’re playing their characters younger. And what they bring to all that is that they experienced the context of the history and the stories as it was happening, from the ’50s, ’60s, ’70s. That’s there in their body language and in their faces. Younger people, it’s just really hard. They could maybe do it, but I wouldn’t know how to tell them what the significance of Jimmy Hoffa was or the shooting of Joey Gallo. I couldn’t really explain. I mean, I could, but they don’t get it.”

On set, Scorsese and De Niro fell into a comfortable rhythm built upon a friendship that began when they were teenagers and a working partnership that includes eight features, starting with Mean Streets in 1973 and including Taxi Driver and Raging Bull. “It’s the shared history,” says Emma Tillinger Koskoff, Scorsese’s producer. “When Bob feels good about something, Marty feels good about it, and vice versa. There’s an incredible, really unspoken trust between the two of them in the area of performance.”

Once in the editing room with his longtime editor, Thelma Schoonmaker, “it was really a matter of fashioning a pace,” Scorsese says. “Taking a chance on making things run just a hair longer or dwelling on an image just a few frames more.” When Scorsese and Schoonmaker began working with early shots of the CGI, “we were concerned — ‘Are the people going to go with this?’ ” Scorsese says. “After a while, we got so used to seeing the younger faces, we didn’t give it a second thought, except to get the youthifying as perfect as we could.”

Netflix has given the film a three-and-a-half-week exclusive theatrical release, long by the streamer’s standards but not enough to entice large theater chains to carry The Irishman. For the first time in his career, Scorsese’s box office results are not being publicly shared, a mixed blessing for a filmmaker who has known his share of both hits and misses commercially. “I’ve been told that the theaters are well attended,” Scorsese says. “Honestly, it’s an experiment, as far as I’m concerned. You could see it streamed. You could go see it on a bigger screen. It might be a different experience with an audience. Bottom line is, I just — I’m so happy I got the film made.” 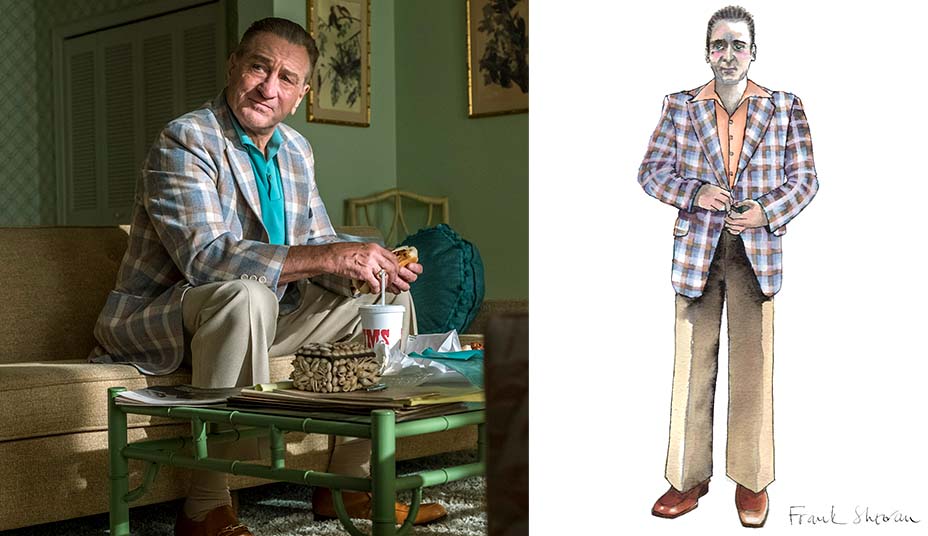