In Latin America, Neruda is like the water,” says Chilean director Pablo Larrain. “Neruda is everywhere. It’s the way you understand everything. It is a whole chapter of your education.”

He’s referring to Pablo Neruda, the much beloved, Nobel Prize-winning poet and left-leaning Chilean politician, who in 1948 became an enemy of the state to the virulently anticommunist regime that was then ruling his country. And it’s that chapter of Neruda’s remarkable life — the 13 months he and his wife spent hiding from police, smuggled from house to house by supporters and fans, and his subsequent escape across the Argentinian border — that Larrain, 40, has made the focus of Neruda, Chile’s 2016 entry for best foreign-language film at the Academy Awards.

“He combined politics and poetry,” says the filmmaker of his subject. “That’s something that’s missing today. Can you imagine a serious, powerful poet today writing about one of the contenders in the next election in the U.S.? It would be absurd. But in those days, it was possible.” 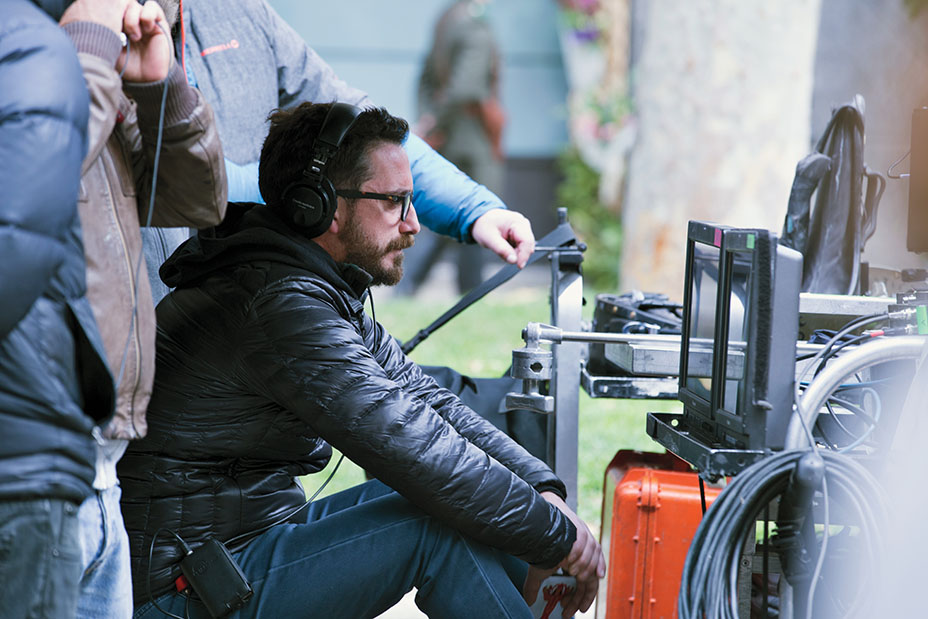 Neruda, as it happens, isn’t the only film of Larrain’s that’s generating awards buzz this season. In fact, he’s poised to enter the Guinness World Records as the only director to have three narrative features bow in the U.S. in the same calendar year. The Club, a Spanish-language drama about corruption and depravity in the Catholic Church, debuted Feb. 5, while his first English-language film, Jackie, about the iconic first lady (played by Natalie Portman) opens Dec. 2, just two weeks before Neruda‘s Dec. 16 debut.

Growing up in a well-to-do family of politicians — his father was a senator, his mother a minister of housing and urbanism — Larrain and his younger brother, Juan (producer of all of his films), both were reading Neruda as far back as either of them can remember. “Politics and poetry connected with your life, your future, your career,” Juan says of the atmosphere of their youth. But it wasn’t until 2008 (around the time the brothers were releasing Tony Manero, a Chilean crime drama about a man obsessed with John Travolta’s character from Saturday Night Fever) that they started to develop a script about their favorite poet. They began by amassing a trove of research and became enamored with Neruda’s more obscure and politically charged works. “The poems that I really related to are those poems that are full of fury and rage and beauty,” says Larrain. “And I [previously] knew those poems very vaguely.”

Despite their fervor for the project, the brothers weren’t able to find funding for what they imagined would be a $5 million movie, so they instead made a different political drama, 2012’s No, about a campaign adman (Gael Garcia Bernal) mixed up in the 1988 plebiscite that finally ended Augusto Pinochet’s hold on power. 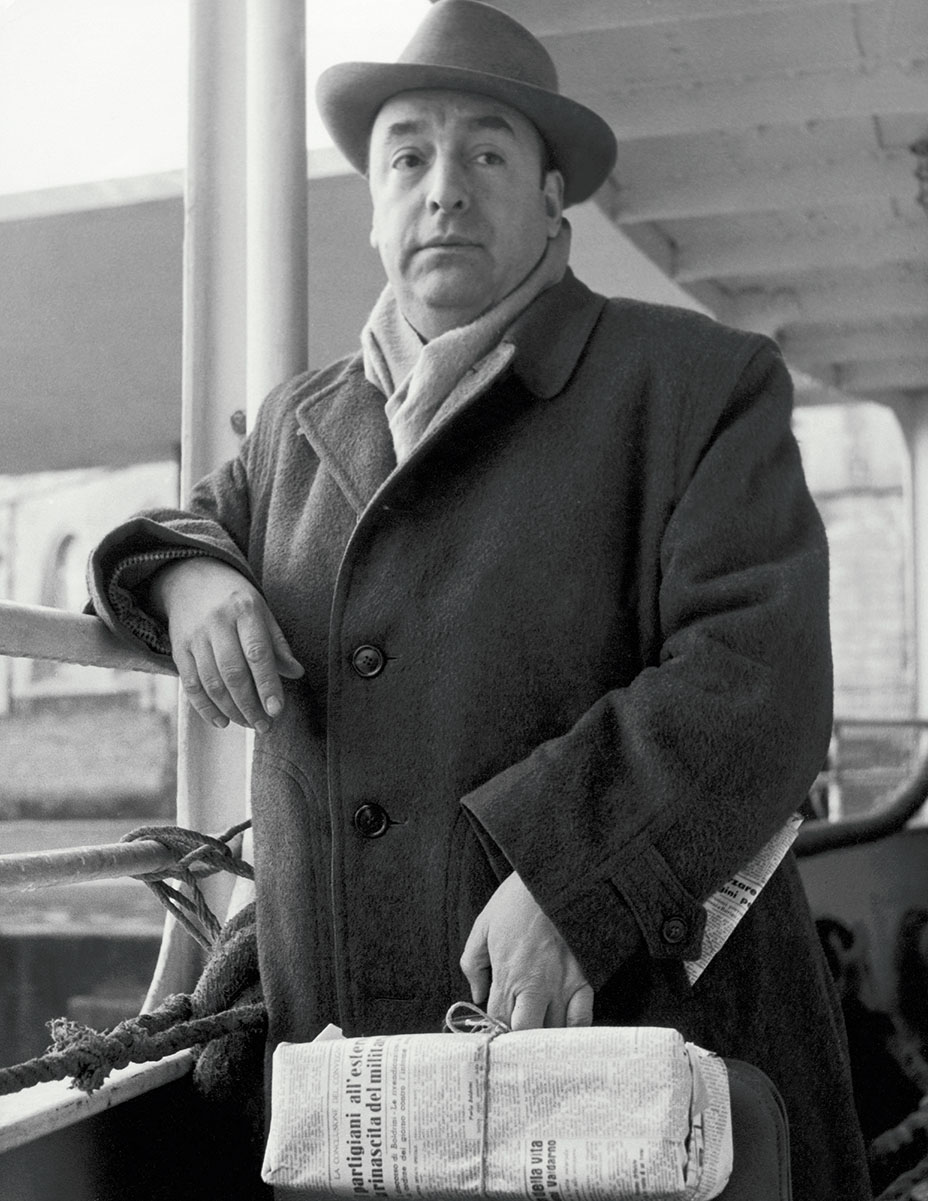 But Neruda kept nagging at Pablo. He handed his script over to writer Guillermo Calderon (who also co-wrote The Club) to see what progress he could make. It was Calderon who hit on the idea of narrowing the scope of the story to the two-year sliver of Neruda’s life when he was on the lam. Calderon also came up with the film’s least historical conceit — a fictional cop named Oscar Peluchonneau, who spends much of the film hunting Neruda across the South American countryside and down through a treacherous mountain pass in the Andes.

“We wanted something that would create tension in order for people to see a more complicated Neruda than the official version,” explains the writer. “We didn’t want to create yet another iconic sort of version of Neruda.”

Calderon’s take did the trick. Participant Media, which had helped fund No, signed up to co-finance, with various government funds from Chile to France providing additional help. “I just found this take on Neruda completely fascinating,” says Participant’s Jonathan King, an executive producer on the film. “It was a whole other layer of what was happening with him — internally, emotionally, thematically, artistically.”

Casting the title character turned out to be the easy part — Larrain hired veteran Chilean actor Luis Gnecco (familiar to U.S. audiences as La Cucaracha on Narcos) and put him on a high-fat diet in order to bulk him up to literary-legend-sized proportions. But the actor Larrain most wanted to play the fictional detective — Bernal, his star from No — was busy making Werner Herzog’s Salt and Fire.

Larrain decided to push production back six months and wait for Bernal rather than cast another actor, a decision Bernal sounds grateful for. “Because the character is an invention, the possibilities were endless,” says Bernal. “Where we wanted to go with him, how he should dress, the mustache, the walk, the talk — it was all very interesting to play with.” 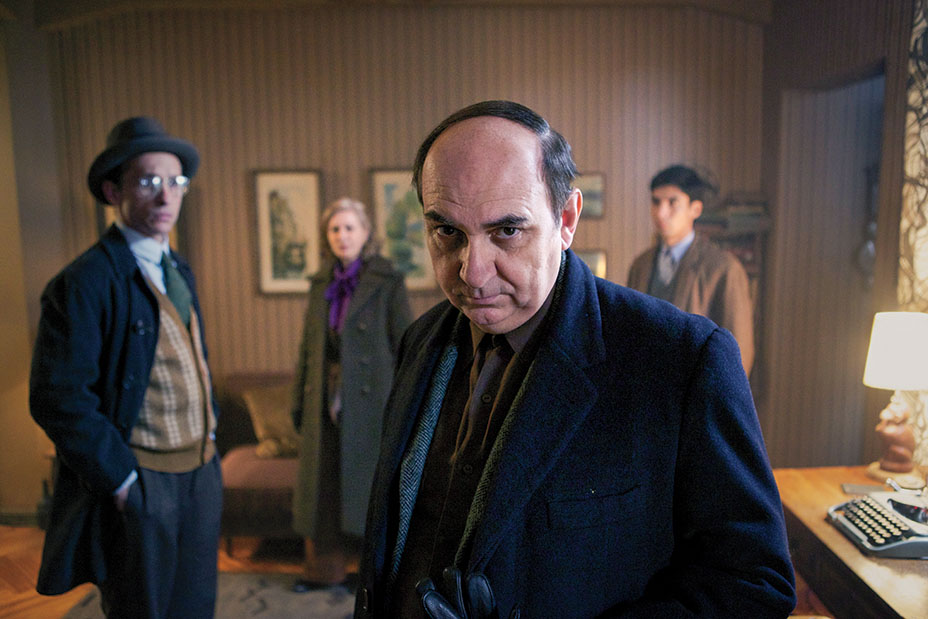 The 55-day production began in June 2015, with the cast and crew traveling throughout Chile, Argentina and Europe. The final leg, which took place in the Andes in August — the dead of winter in the Southern Hemisphere — proved to be the most challenging of the film, with a snowstorm shutting down the set for several days. “Our [line producer] came to me and said, ‘You have to stop,’ ” the director recalls. “And I’m like, ‘What? I’m still shooting.’ And he’s like, ‘I have people with hypothermia.’ ” Adds cinematographer Sergio Armstrong: “The scenes of the passages of Neruda through the mountains, they were the most extreme I’ve ever filmed. The white wind at a high velocity lowered the temperatures to extremes. It made it impossible to see.”

Though Bernal’s character spends a sizable chunk of screen time buried in a snowdrift, he downplays the hardships and waves away any comparisons to a Revenant-type shoot. “I hear many [actors] talk about, ‘We went there and it was really cold,’ ” he says. “Yeah, it’s cold and there’s snow, but we are so privileged. There is always a bottle of water when you finish the take.”

It didn’t make matters any easier that Larrain wanted to shoot the movie in a highly stylized blend of genres, paying particular homage to Alfred Hitchcock’s cat-and-mouse classics but also mashing up familiar Western motifs. The movie is crammed with sprawling rear-screen projection sequences, which Larrain achieved by shooting backgrounds with five simultaneously running cameras. “In a way, it’s a movie about movies,” he says. “I remember looking at Gael with the hat and leather jacket sitting on a horse, and I’m thinking, ‘What are you? Where are you in cinema?’ “

In the end, Larrain ended up shooting enough footage for two movies about movies — his first cut came in at three hours and 20 minutes. “We cut out quite a few scenes,” says editor Herve Schneid (Amelie). “We had a beautiful scene in the tempest, which got cut to get down to less than two hours.” 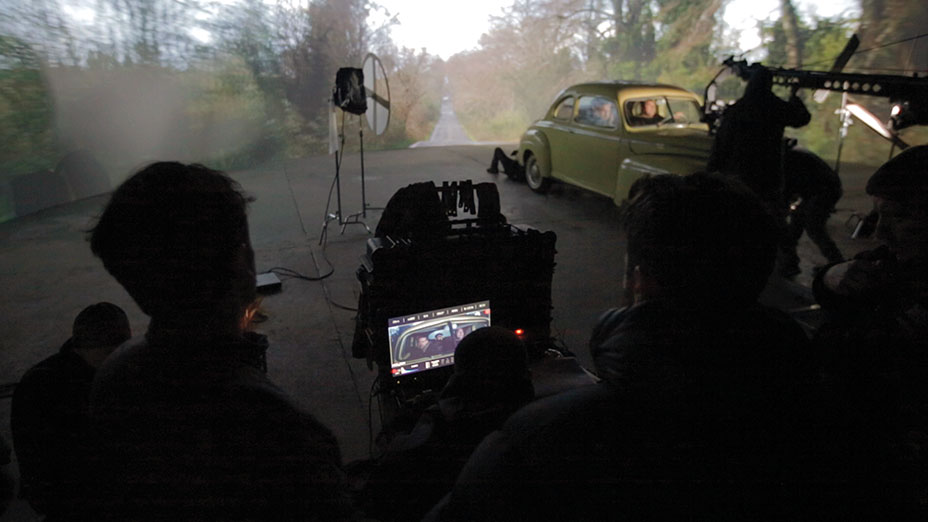 The editing was done in late 2015 and early 2016 in Paris, where Larrain already had begun shooting Jackie, with Neruda‘s final cut finished just in time to premiere at the Cannes Film Festival. Upstart distributor The Orchard struck a deal for North American rights even before the eventual rave reviews came out (THR called the film “a handsomely crafted and boldly idiosyncratic contemplation of a great artist”).

“You hear the description of Neruda as a biopic of the Chilean communist poet and you kind of want to go to sleep,” admits Orchard executive vp Paul Davidson. “But what Pablo does best is take a genre that people moan about and completely turn it on its head.”

Reinventing the biopic genre, though, isn’t what Larrain originally had in mind. What he really wanted to do was present a portrait of an artist who was both a flawed hedonist and a noble patriot — and who sacrificed his comfortable bourgeois lifestyle for his politics.

“He believed in equality, and that is something still relevant today,” says Larrain. “He tried to do something and actually achieved it. Through his poetry and in exile, his voice became bigger, and he was able to protect his people and ideals.”