Martin McDonagh was on a Greyhound bus somewhere in the South — it was 20 years ago, he can’t remember exactly where — when he spotted something on the side of the road that has haunted him ever since.

He was a 27-year-old playwright at the time, making his first marks on the London stage, and had decided to go on an exploratory journey into the American heartland so that he could soak up some of the culture he’d read about in the works of William Faulkner and Tennessee Williams. But as his bus rolled along a stretch of rural highway, his eye was drawn to a series of jarring road signs, one after another. Somebody was apparently angry with the local police and had erected billboards to take out their frustration in 2-foot-tall letters. “The kind of pain and outrage that were put up on those billboards — it stayed in my mind,” remembers McDonagh. 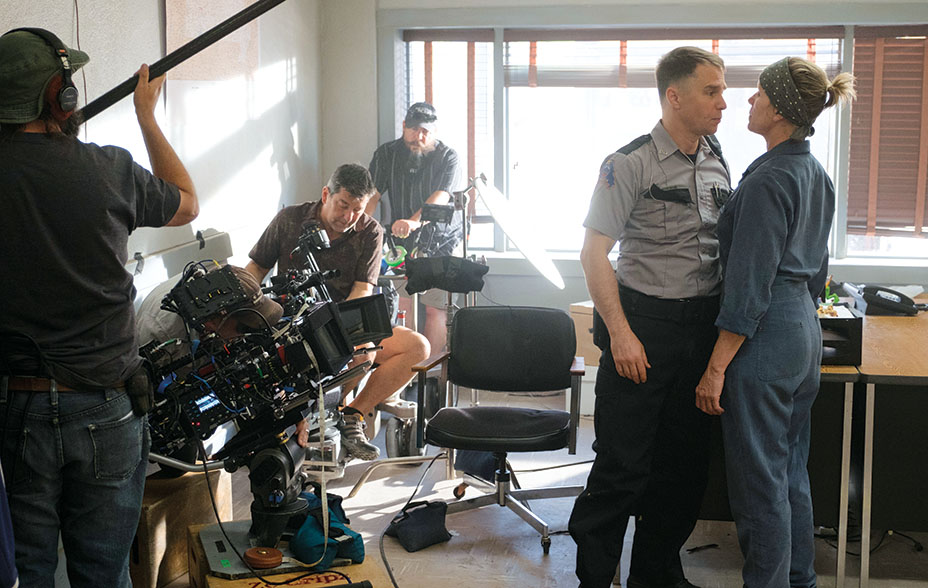 Twenty years later, the British director, now 47, has made a movie inspired by those signs, Three Billboards Outside Ebbing, Missouri, which has turned out to be something of a milestone in McDonagh’s career. His first feature, 2009’s In Bruges, a dark comedy about a couple of Irish hitmen hiding out in Belgium, earned him his first Golden Globe and an Oscar nomination (for best original screenplay) and did well enough at the box office ($33 million worldwide) to land him a second directing gig. That film, 2011’s Seven Psychopaths, a Tarantino-esque crime drama about the kidnapping of a gangster’s dog (with Woody Harrelson as the gangster), disappointed with critics and at the box office, grossing only $19 million.

But with this third feature, starring Frances McDormand as a grieving mother who uses billboards to taunt local cops (including one played by Harrelson) into solving her daughter’s rape and murder, McDonagh seems to have really connected with audiences and critics, and certainly with awards voters. The film won four Golden Globes — including best drama and best actress (for McDormand) — as well as the People’s Choice Award at Toronto, and it has collected four SAG Award noms. 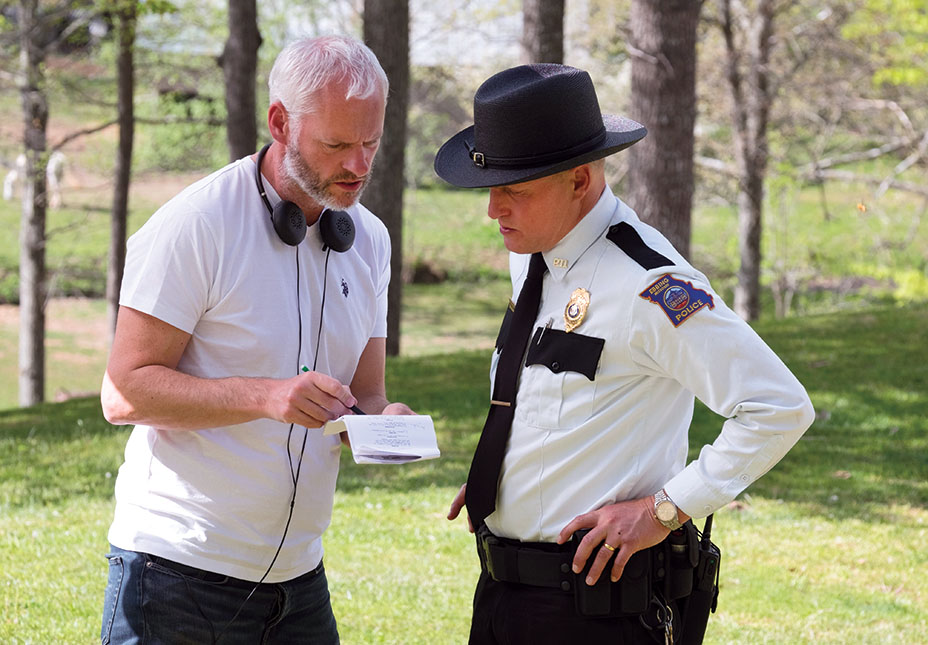 McDonagh says he wrote the script in just five weeks — “It kind of popped out,” is how he describes the creative process — just before the release of Seven Psychopaths in 2011, while taking another exploratory tour of rural America, this time by train. He’d been noodling around with a story about “a very strong female,” and, for some reason, as his train barreled through the countryside, the billboards boomeranged back into his head. Like his railroad trip, writing the script was a winding journey with unexpected stops.

“I never outline,” he says. “I never know what’s going to happen at the end.” But then, after he finished the script, things went off the tracks. Psychopaths fizzled at the box office. McDonagh decided to take a break from filmmaking, shelved the script and returned to writing plays in London for four years. “I always take [a break] between films to do other things,” he says. Longtime producer Graham Broadbent also downplays the hiatus. “He has a life,” notes Broadbent. 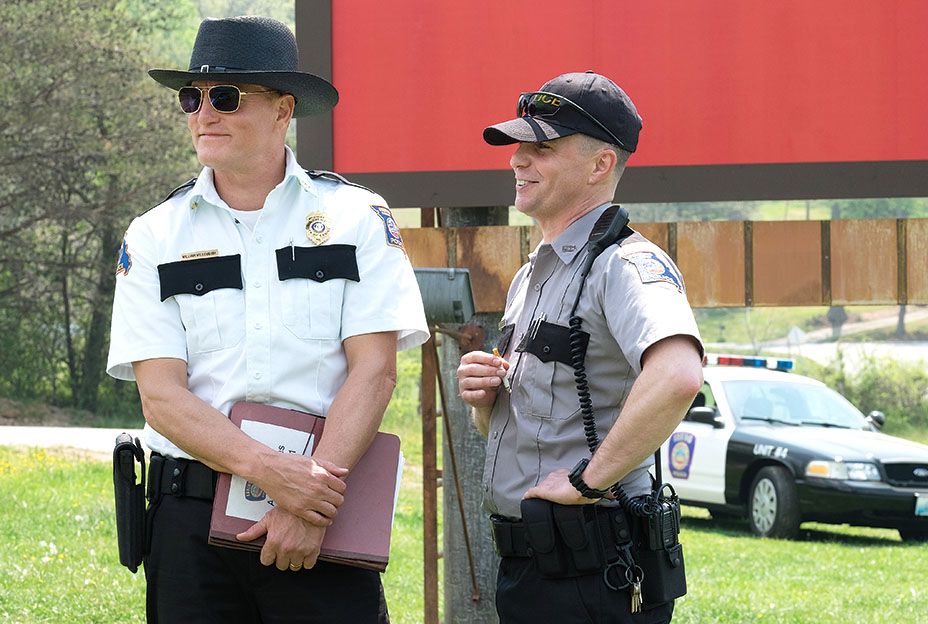 In any case, in 2015 McDonagh dusted off his Three Billboards script and started thinking about actually filming it. The first thing he did was send a copy to McDormand. Although he’d never worked with the 60-year-old actress, Three Billboards‘ protagonist, Mildred Hayes, was written specifically with her in mind and was inspired by her previous roles. “It was a combination of Blood Simple and Fargo,” says McDonagh. “There’s a working-class sensibility about both those films. But it was also combined with how Frances is offscreen as well — that lack of bullshit, for want of a better word.”

Once McDormand said yes, McDonagh began collecting his other leads, reassembling many of his actors from Seven Psychopaths: Sam Rockwell was cast as the unapologetically racist Officer Jason Dixon and Harrelson as the terminally ill Sheriff Willoughby. “I have this unwritten rule that I’ll do anything Martin asks,” says Harrelson, who to this day regrets his decision not to star in McDonagh’s 2003 play The Pillowman. “I saw it, and it was one of the greatest productions I’ve ever seen. After that, I was like, ‘I’ll never make this blunder again.’ “

Once the three leads were in place, the production came together fairly easily, with the U.K.’s Film 4 and Fox Searchlight splitting the $15 million budget then mostly disappearing. “They left us pretty much to our own devices,” says the director. “They know I don’t take notes on a script.” Then McDonagh brought in another Psychopaths collaborator, cinematographer Ben Davis (who went on to be DP on such blockbusters as Guardians of the Galaxy and Avengers: Age of Ultron). “The cinematography didn’t need to be another loud voice in the room,” says Davis. “I wanted audiences to be sucked in by Martin’s dialogue and the performances.” 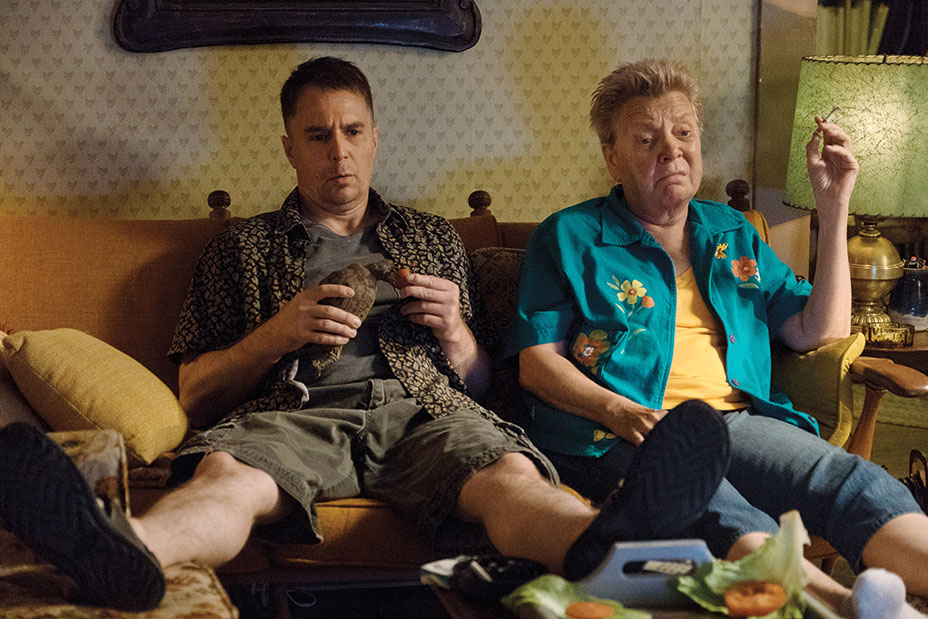 Principal photography started May 2016, but nowhere near Missouri. Billboards‘ tiny budget necessitated that the movie shoot in a tax-credit state. So a small town in North Carolina — Sylva, population 2,588 — stood in for the fictional town of Ebbing. “It had kind of the perfect Main Street,” says production designer Inbal Weinberg. One of the key locations was the police station, which at one point in the film is set ablaze by a Molotov cocktail. Weinberg used a furniture store. “We had to build an entire set within the existing structure because all the fire damage had to be contained,” she says.

For the actors, the production was straightforward, with nearly no rehearsals. “We just kind of jumped in there,” says Rockwell, who prepared for the role by riding along with a Missouri police officer (and recording his voice to get the accent). But McDormand requested that she be kept apart from the rest of the cast so her confrontational scenes with the police would have what Rockwell calls “that tension.” That was challenging for Harrelson, who has been a good friend of the actress since they made 2005’s North Country together. “[Off-camera,] she’s almost matriarchal,” he says of sharing a movie set with McDormand. “She mothers people, looks after them. But to work with her is another thing entirely.” 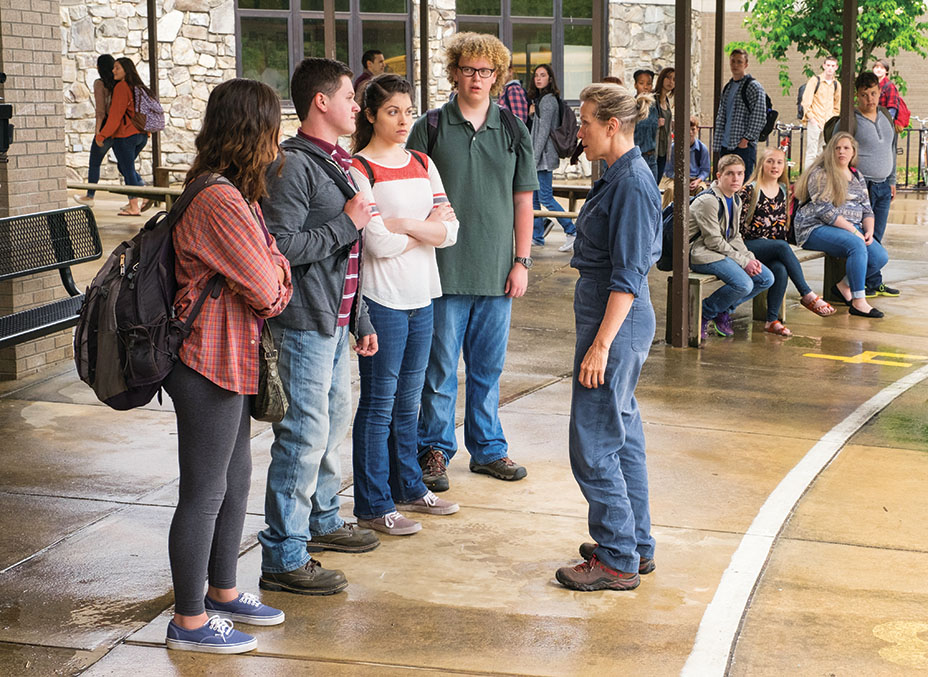 After shooting wrapped, McDonagh and longtime editor John Gregory holed up in London piecing together the footage, while veteran composer Carter Burwell wrote a soundtrack filled with what he calls “the sound of Americana” (think traditional American folk tunes and lots of hand-clapping). The film’s release was set for Nov. 10 and, as it turned out, couldn’t have been more appropriately timed. Three Billboards, a movie about an indefatigable woman standing up to the male establishment, ended up being released at the height of the #MeToo movement. “It feels like the right time to put a film like this out,” says McDonagh. “I don’t think so much has really changed [since I first wrote the script]. The things I was writing about then have become even more fundamental to everyday life.”

The timing was certainly right when the film debuted at the Venice Film Festival in September, a week before it won the audience award in Toronto. Even a Hollywood veteran like Harrelson was surprised by the response to the film. “We had a seven-minute standing ovation,” he says. “I’ve never seen anything like it. After one minute, you’re embarrassed. After two, you want to get out of there. But the head of the festival wouldn’t let us leave. So we stood there for seven solid minutes.”