In September 2015, Anthony McCarten was on vacation in Rome when he got some bad news: His cousin had died. The 58-year-old writer, a former altar boy from a devout New Zealand family (a lapsed or rather “collapsed” Roman Catholic, as he puts it), went in search of a church where he could light a candle and found himself in St. Peter’s Square, surrounded by thousands of people “of all denominations, races and creeds,” jammed into the open space for Pope Francis’ weekly mass.

The atmosphere was electric, the pontiff’s presence overwhelming, even though McCarten (Darkest Hour, The Theory of Everything) couldn’t understand a word the cleric said in Italian. He began to wonder how such a liberal figure had ascended to the papacy in 2013 after the eight-year pontificate of Benedict XVI, an arch-conservative who had stepped down of his own accord.

“It occurred to me in that moment,” says McCarten, “to ask: What had made the most traditional pope of the modern era do the most untraditional thing possible and resign?”

That was the beginning of a long journey of exploration that led McCarten first to write a play (The Pope, staged earlier this year in Northampton, England) and then a film: the $45 million Netflix movie The Two Popes (in limited theatrical release beginning Nov. 27, streaming Dec. 20). Shot over 48 days in Argentina and Rome, the two shoots separated by a break of three and a half months, the feature is director Fernando Meirelles’ first since 2011’s 360 and may well return him to the Oscars, where his 2002 drama City of God earned four Academy Award nominations. 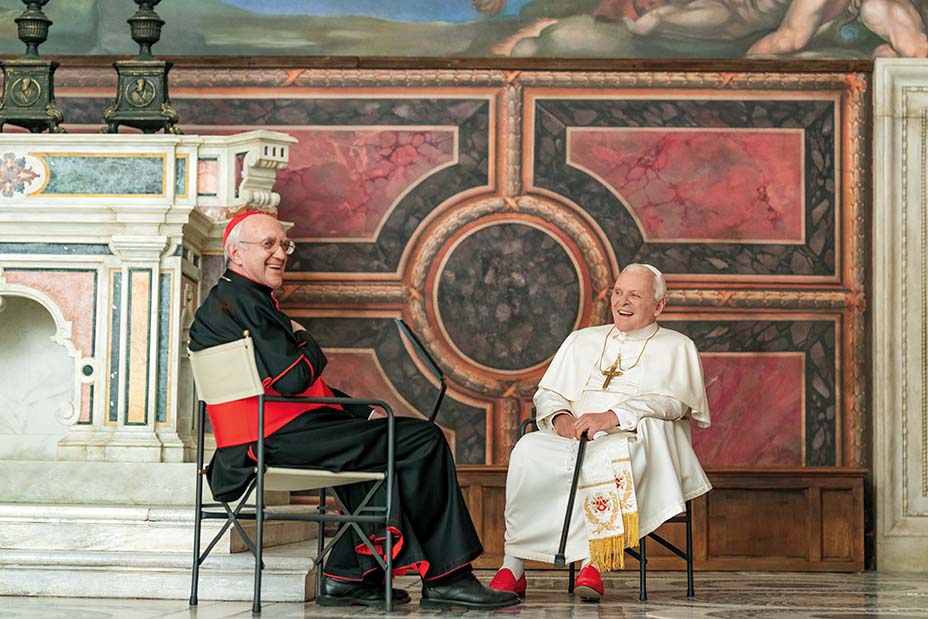 Popes centers on a series of conversations between Benedict and the man who replaced him, Cardinal Jorge Bergoglio (later Pope Francis), as they seek to find common ground. It brings together Hopkins and fellow Welsh actor Jonathan Pryce; it also involved a massive research effort and a weeks-long reconstruction of the Sistine Chapel in Rome’s Cinecittà studios.

During his research, McCarten dug up old German newspapers from the days when Benedict was simply Cardinal Joseph Ratzinger. He even found an unpublished Vatican report written before Benedict’s elevation in 2005 that seemed to implicate him in a cover-up of the church’s sexual abuse scandal. “The bishops of the world wrote to Rome, saying: ‘What is our protocol in dealing with these abuse claims?’ ” says McCarten. “And the instruction was, ‘Don’t tell anyone.’ And that was signed by Cardinal Ratzinger.”

But clerical abuse is not the subject of the film. Rather, it’s about the rapprochement between two philosophical and political opposites. 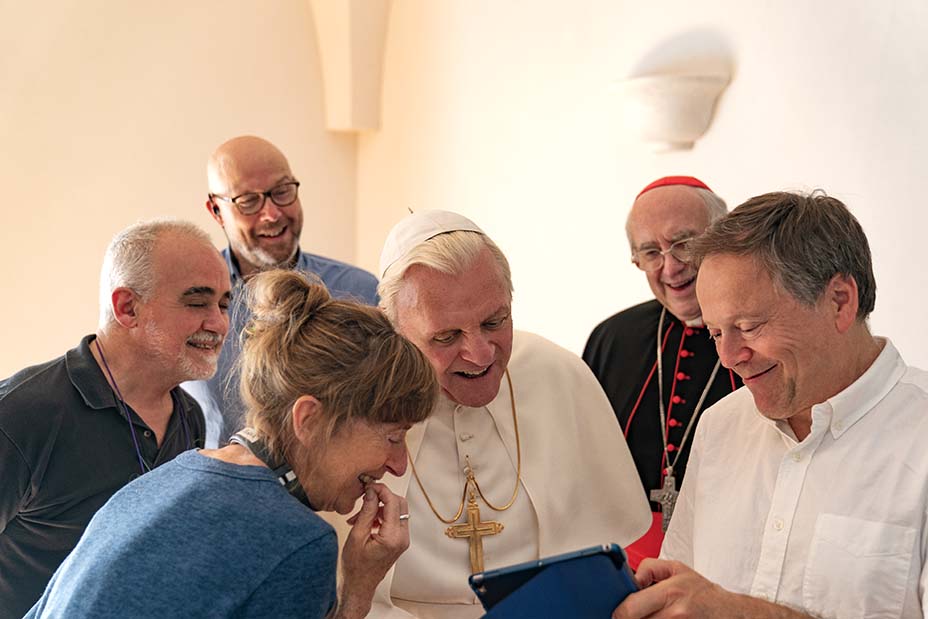 Meirelles, 64, had been working on a Pope Francis biopic with Lego Movie producer Dan Lin when he heard about McCarten’s script. After the three filmmakers joined forces, other pieces started falling into place. Hopkins, 81, signed on to play Benedict, drawn to the movie in part because of his own spiritual growth, which had begun in Rome.

“I was there in 1984, talking to a priest I met,” he recalls. “He was from Vienna and he was an old man and remembered the rise of Hitler. We went and had a coffee several times and he talked about his loss of faith. He’d gone through his dark night of sorrows and he asked me about my beliefs, and I said I didn’t know what I believed. And he said, ‘Just believe in life, then.’ I used that as an emotional foundation” for his own life as well as the film. 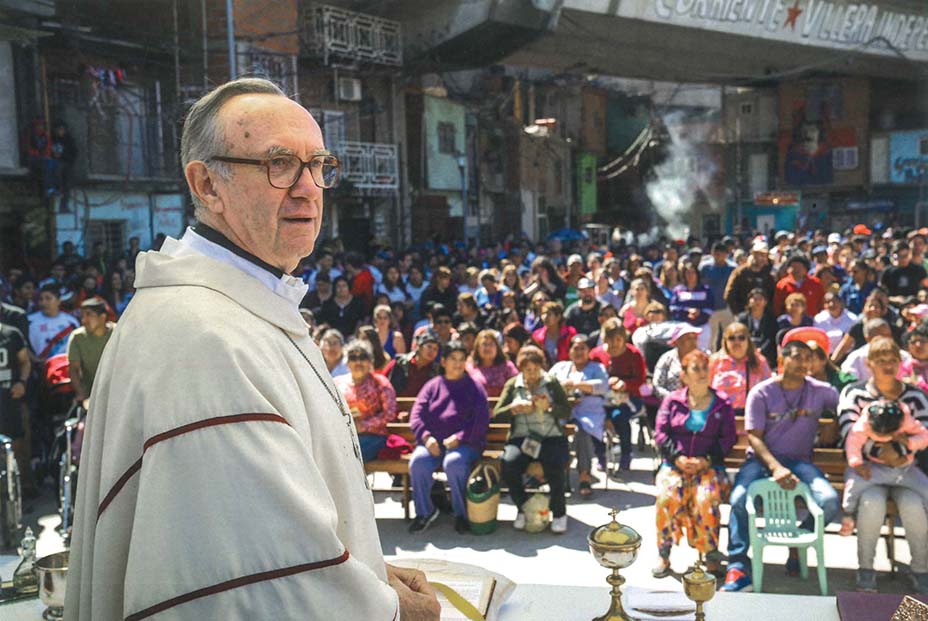 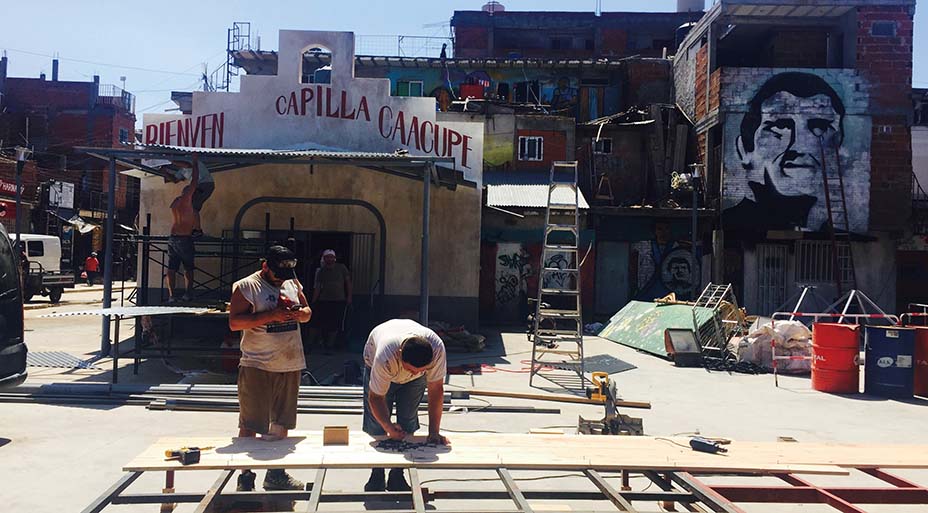 Casting Francis was trickier. Scanning the internet, Meirelles kept coming across pictures of Pryce (Tomorrow Never Dies, Pirates of the Caribbean), who looked remarkably like the pontiff. “If you Google the pope,” the helmer notes, “you see several photos of him and Jonathan [juxtaposed].” But Pryce, 72, had doubts. “I was nervous taking the role,” he says. “It wasn’t something I immediately said yes to. I knew I had an advantage in that I look a bit like him, but I felt if we didn’t get it right it would be just a terrible hagiography.” 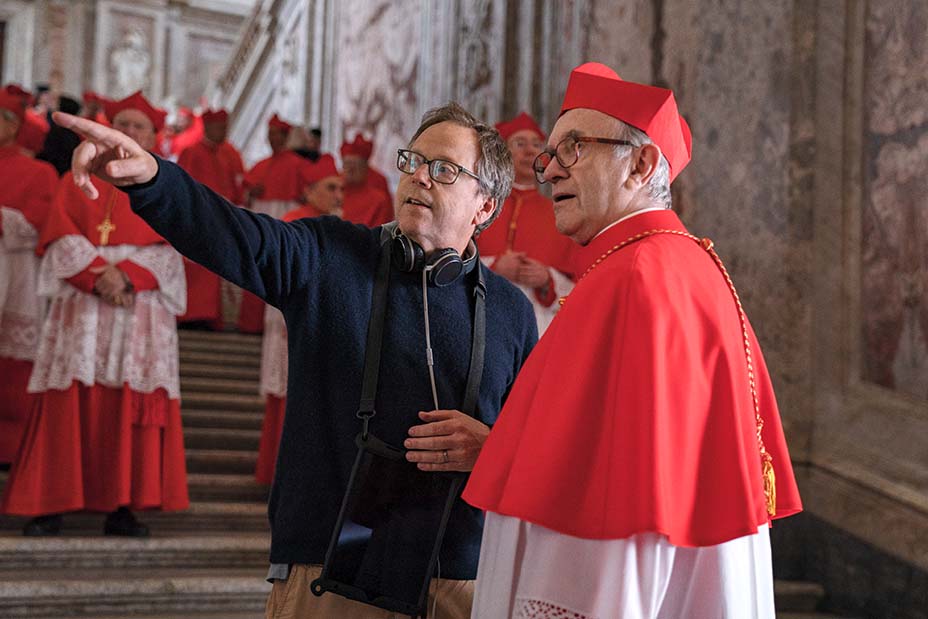 After a brief rehearsal in London, shooting began on Nov. 13, 2017, in the poorest parts of Buenos Aires, where Pryce delivers a homily in Spanish. (He learned both Spanish and Italian for the role, though that particular speech was later dubbed for authenticity.) After wrapping in Argentina, there was a protracted delay as Hopkins dealt with other commitments before he could shoot in Rome. That, along with the film’s flashback elements, created some logistical problems. “There was a continuity challenge and then the challenge of shooting in two different places set at different times,” says Lin.

Knowing how many people traipse through the Sistine Chapel each day, production designer Mark Tildesley never asked for permission to shoot there and instead reproduced the interior of the building on a soundstage at Cinecittà — including Michelangelo’s frescoes. That presented a whole different headache: How do you reproduce one of the seminal works of art? 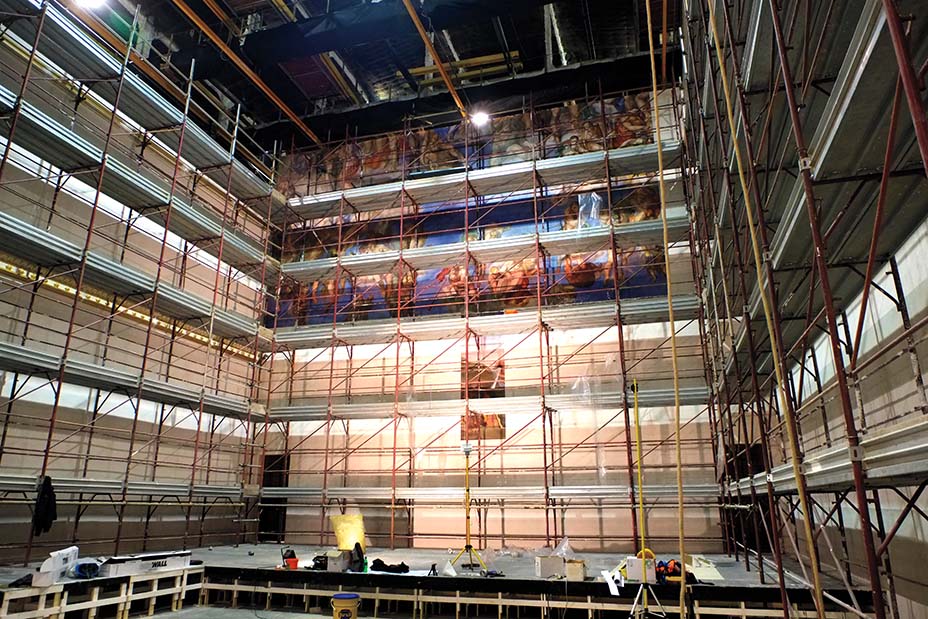 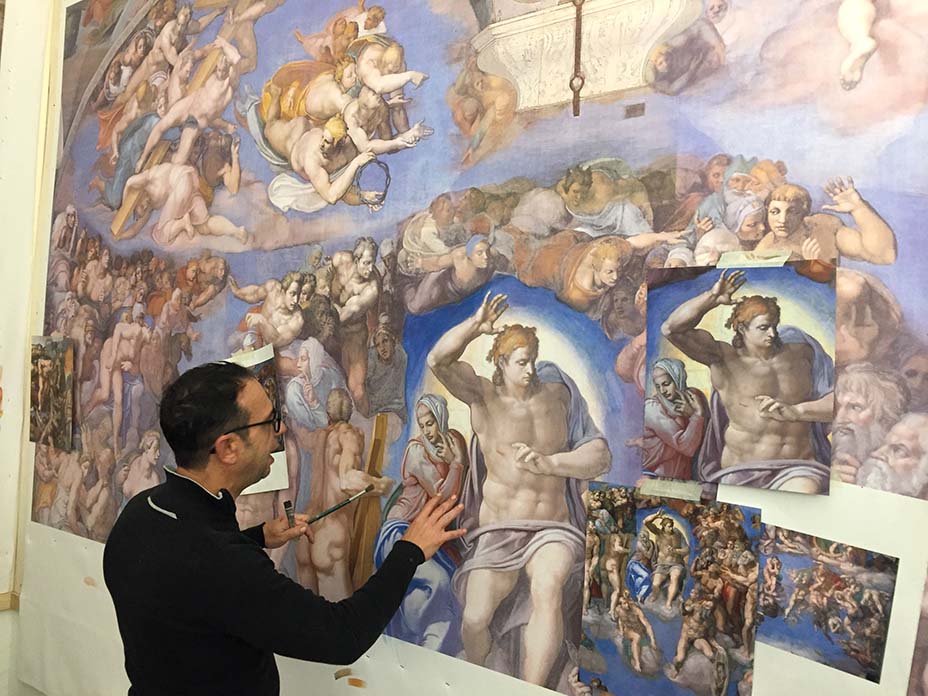 “It would probably have taken 14 weeks to paint them with the right texture, even with seven or eight painters, and that was deemed not viable,” says Tildesley. “So first we tried a technique like wallpaper, but that was very flat.” Finally, the crew found a solution through a Milan-based company that could create an image printed on clear film, with the clear film then applied to a textured wall.

Cinematographer César Charlone wanted the actors to move freely and even improvise, so he often shot with two cameras, as in a scene where Benedict sits at a piano for an impromptu performance. “Fernando liked the idea,” says Hopkins. “So I improvised something [classical]. And then he said, ‘Can you play jazz?’ “

At one point, the crew also shot in a Roman refugee camp, facilitated by another of the film’s producers, Tracey Seaward, who has long worked with the nonprofit Help Refugees. “I went dressed as the pope, with their permission and their blessing,” says Pryce of the camp’s inhabitants. “I was filmed talking with them and eating with them.”

If the shoot proved relatively smooth, the editing was more arduous and stretched over an entire year. Much was left on the cutting room floor, including a large chunk of backstory.

In the original script, McCarten took a deep dive into the 2005 conclave at which Benedict was nearly defeated by Francis, then the runner-up for pope. “Between the first round of voting and the second, Francis was rising,” Meirelles explains. “Benedict’s supporters were worried. And that night, before the next round of voting, a report [was handed out to the cardinals] telling them that Francis had worked with the military in Argentina during the dictatorship.” The report was not true, but “the next day he dropped votes and Benedict was elected.” That whole sequence was filmed but eliminated when the movie’s initial cut came in at three hours and 15 minutes. “It was taking too long and we would never get to what was interesting in the film: the conversation between the two men,” says Meirelles.

The final two-hour movie debuted to raves at August’s Telluride Film Festival and earned four Golden Globe nominations, including best picture. But the response has not been unanimously positive: Some Vatican experts find the thought of a friendship between Benedict and Francis ludicrous. “I don’t think he would have been Benedict’s cup of tea,” says John Cornwell, author of the Vatican-themed nonfiction book A Thief in the Night.

McCarten says such criticism misses the larger point: “I saw it as a great chance to do a dialogue between a conservative and a progressive, which might in some ways speak to the broader conversation in society where we can’t find any middle ground.”

Hopkins agrees. “We live in a world of such rage, everyone is opposed to everything,” he reflects. “And these two men [seem to say], ‘OK, let’s see if we can come to some sort of an agreement. Let’s just cool our jets and get on with life and do the best we can.’ “ 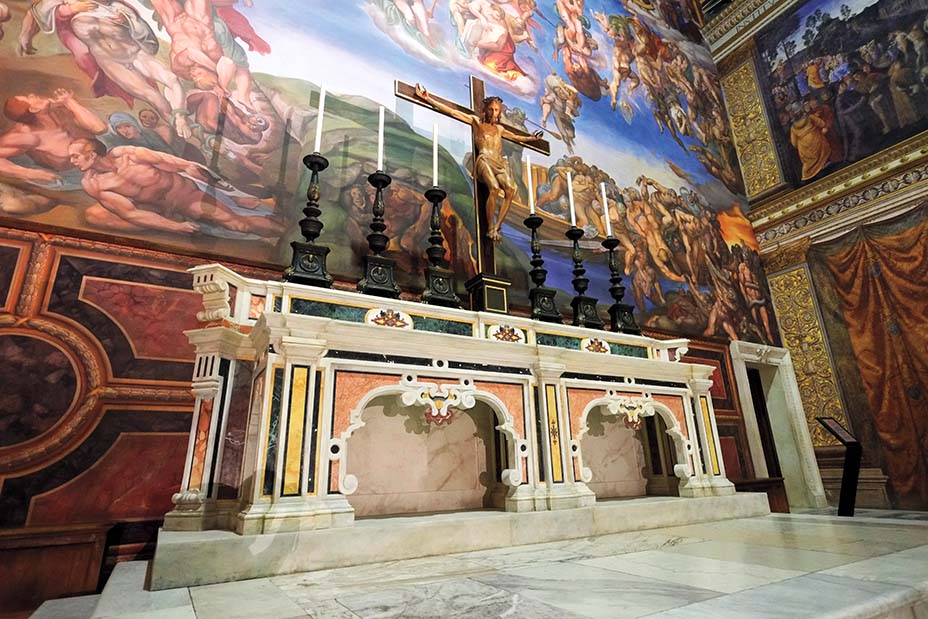 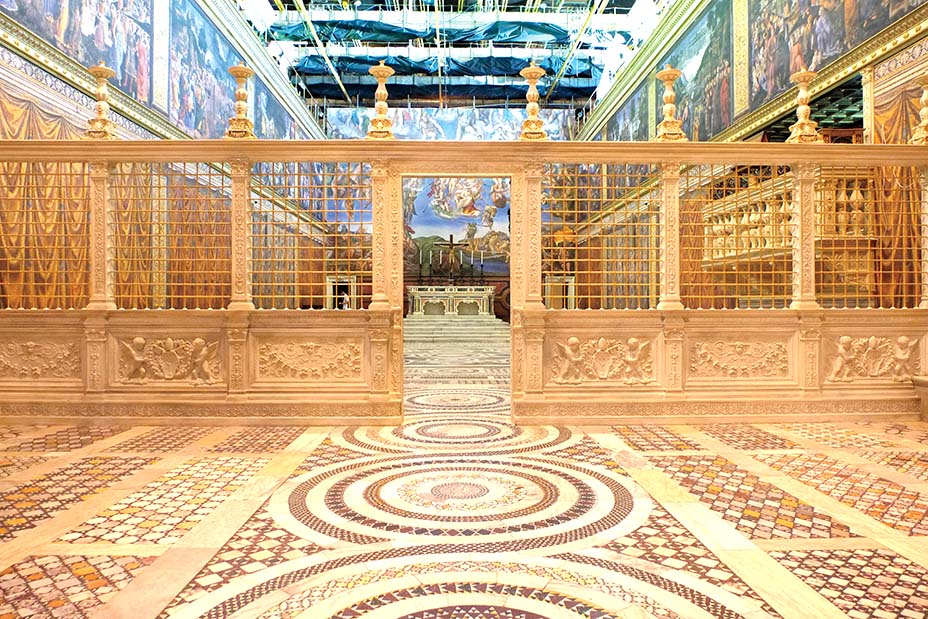 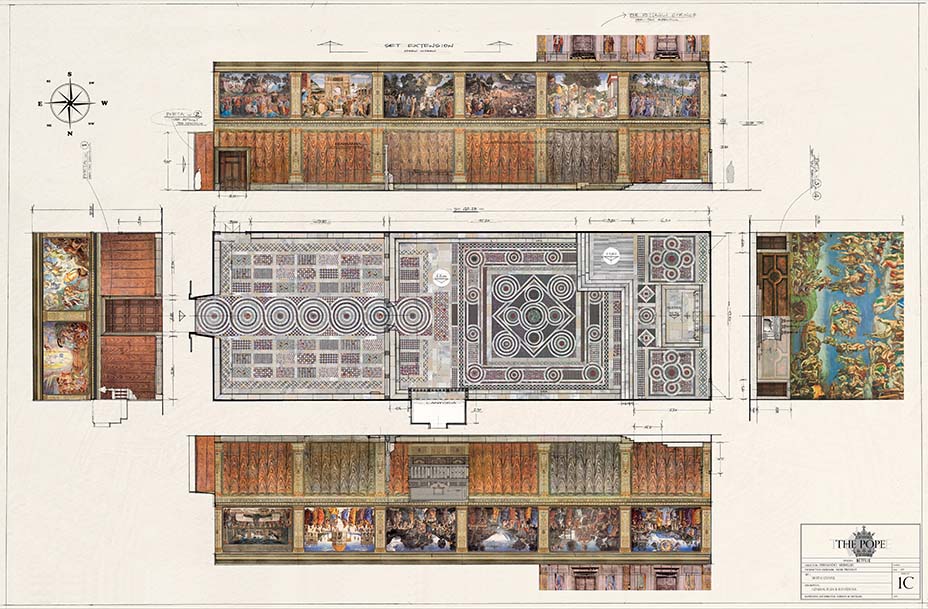