Since the moment the lights went up last May at the Grand Theatre Lumière in Cannes (which preceded an eight-minute standing ovation), Bong Joon Ho’s Parasite has broken precedent after precedent: first South Korean film to receive the Palme d’Or, first foreign movie to win the SAG Awards’ ensemble prize, Korea’s first Oscar nominee (it has six nods) — and, come Feb. 9, the $162 million grossing social thriller has a credible chance to win best picture, which would make it the first non-English-language film to do so.

Behind Parasite‘s — and Korea’s — catapult to the forefront of the cinematic conversation is Miky Lee, the heiress turned media mogul whose $4.1 billion entertainment empire serves as the foundation of much of the country’s cultural output, from television dramas streamed by millions of viewers worldwide to K-pop concerts packing arenas around the globe to movies dominating the box office in Asia and, perhaps soon, farther west.

As vice chair of the Korean conglomerate CJ Group, Lee, 61, oversees its vast entertainment and media business. It’s difficult to find a link in the film, television and music industry chains in which CJ isn’t involved; the company has its fingers (or a whole hand) in production, financing, licensing, distribution — and even exhibition. But beyond the specific projects CJ is directly responsible for, Lee’s efforts also created the infrastructure for Korea’s entertainment industries as a whole while providing a foundation for its homegrown artists to flourish and make waves around the world. In fact, it’s possible to draw a direct line between CJ’s investment in the local film industry and the rise of filmmakers like Bong, meaning that without Lee’s support, Parasite might not even exist.

“Vice chair Lee herself is a huge fan of film, TV and music,” says Bong, for whom CJ has financed and distributed four films — Memories of Murder, Mother, Snowpiercer and now Parasite. “She’s a true cinephile who’s watched so many films and managed to bring over that fanatic passion to the world of business.” 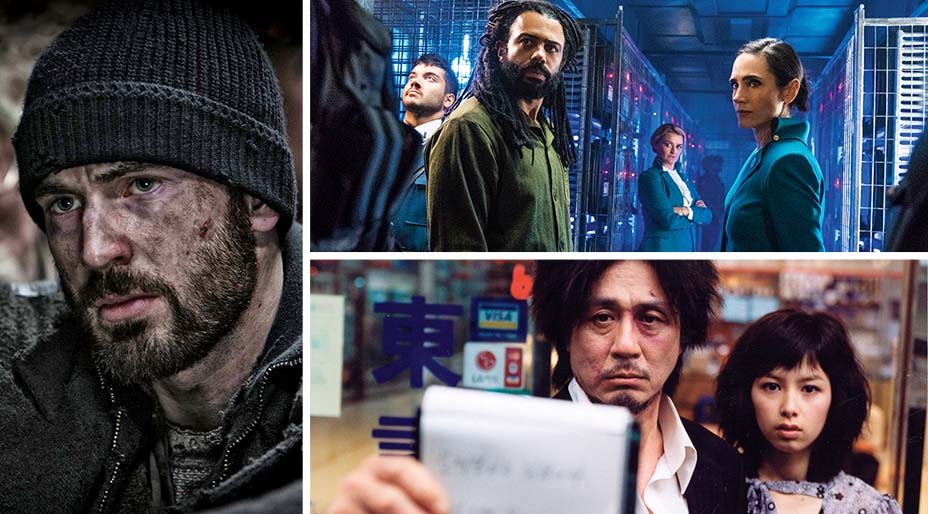 Early on, Lee channeled that passion into an almost evangelical intensity when it came to promoting Korean filmmaking.

“I used to carry DVDs and go to Warners, Universal, Fox, anybody I had a chance with, and pitch Korean film, Korean film, Korean film. No one thought Korean films were good enough to do anything with,” Lee says of the years before a crucial turning point: Park Chan-wook’s Oldboy taking the Grand Prix at Cannes in 2004. “From then on, I didn’t have to go into this long justification anymore.”

So when Parasite hit the Palais 15 years later, the pipeline Lee helped lay down meant that the international film world was no stranger to Korea. Bong was at Cannes in 2006 when he first struck up a relationship with distributor Tom Quinn, then with Magnolia Pictures. Last year, Quinn’s Neon picked up Parasite — CJ’s 10th Cannes selection — for the U.S.

CJ was founded in 1953 by Lee’s grandfather Lee Byung-chul as a sugar and flour manufacturing division of his expanding trading company, Samsung. Over the next 40 years, CJ grew its food and beverage business and expanded into biotechnology and pharmaceuticals but had nothing to do with media.

Meanwhile, Lee was gravitating toward the humanities, studying language and linguistics at top universities in Korea, Taiwan and Japan. Fluent in Korean, English, Mandarin and Japanese, she then attended Harvard for her master’s in Asian studies, where she discovered a knack for teaching and an interest in introducing Korean culture to her Korean American students, who had assimilated to the ways of the West.

In 1987, her grandfather died and his Samsung chaebol, or family-controlled conglomerate — which by then also included retail, electronics and other businesses — was divided among his heirs, with CJ Group going to her brother Lee Jay-hyun. Miky had just graduated from Harvard and joined Samsung America’s office in Fort Lee, New Jersey. In late 1994, she was working in its new-business division when a lawyer with whom the company often worked called with an investment proposition: “Steven Spielberg, David Geffen and Jeffrey Katzenberg are going to build a studio. Is Samsung interested?” 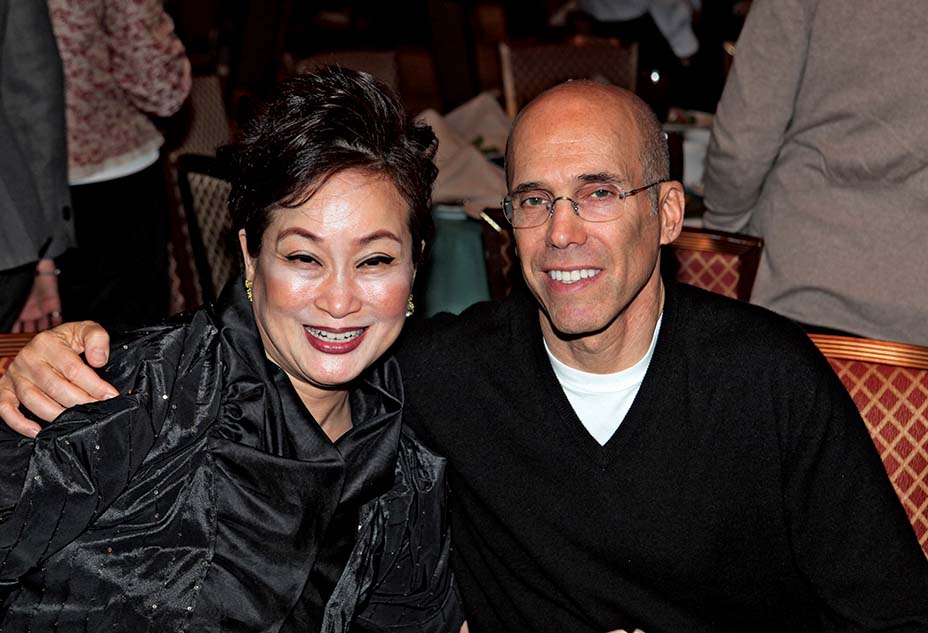 Lee brought the DreamWorks proposal to her uncle, Samsung Group chair Lee Kun-hee, who was intrigued, given the recent activity of other Asian electronics giants in Hollywood: Sony buying Columbia Pictures and Matsushita divesting from MCA/Universal. But a deal never materialized, with Samsung preferring instead to focus on hardware.

“I realized that whoever became our equity partners, we needed to communicate in the same language,” Spielberg told Time magazine shortly after the deal fell through.

Fortunately for them, Lee spoke the language of content. DreamWorks reapproached her directly in spring 1995 and this time, Lee put together a deal and took it to her brother, who agreed: CJ (which was in the midst of spinning off from Samsung as an independent entity) would invest $300 million to help launch DreamWorks, taking a 10.8 percent stake and distribution rights to its films in Asia (excluding Japan). “There are two people that there would be no DreamWorks without,” says Katzenberg. “Paul Allen [the first investor, with $500 million] and Miky Lee.”

For CJ, the DreamWorks deal marked its sudden arrival as an entertainment player. “Nobody planned it; everything just happened that way,” she says now from a CJ Group conference room on the 22nd floor of a Century City tower. Clad in edgy oversized Philipp Plein knitwear and black leather Chuck Taylor high-tops, she looks more like someone working at a record label than the executive who sits at the top of her parent company org chart. 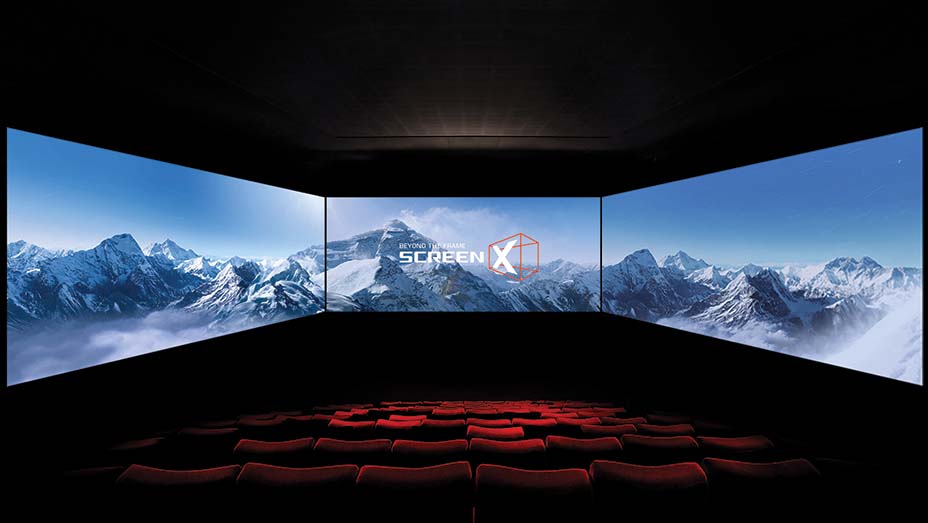 Lee (who is divorced and has no children) lives in Orange County, in an environment that she says is wholly separate from the one in which she grew up in the 1960s. Noting that Korea’s poor postwar infrastructure and peninsular geography meant that basic household appliances had to be imported and were therefore scarce, she adds, “You watch this American content, and the refrigerator, cars, motorcycles, beautiful dresses — it’s like a very different world.”

To talk movies with Lee is to receive an enthusiastic, disparate and comprehensive filmography of her favorites: Mad Max; Love Story; Death Wish; the work of glamorous European stars, like Marcello Mastroianni and Sophia Loren, Catherine Deneuve and Alain Delon; Michael Cimino’s Year of the Dragon (“John Lone is so charismatic — it’s like, OK, Asians can look cool too”); Blue Velvet; Raising Arizona; John Waters’ Pink Flamingos (she’s such a fan that she once gifted a DVD copy to Bong). “Our generation, even down to Bong Joon Ho’s generation, call ourselves Hollywood kids, because we were constantly fed with this content,” she says. “I felt like America really had the freedom of a wide range of creativity.” 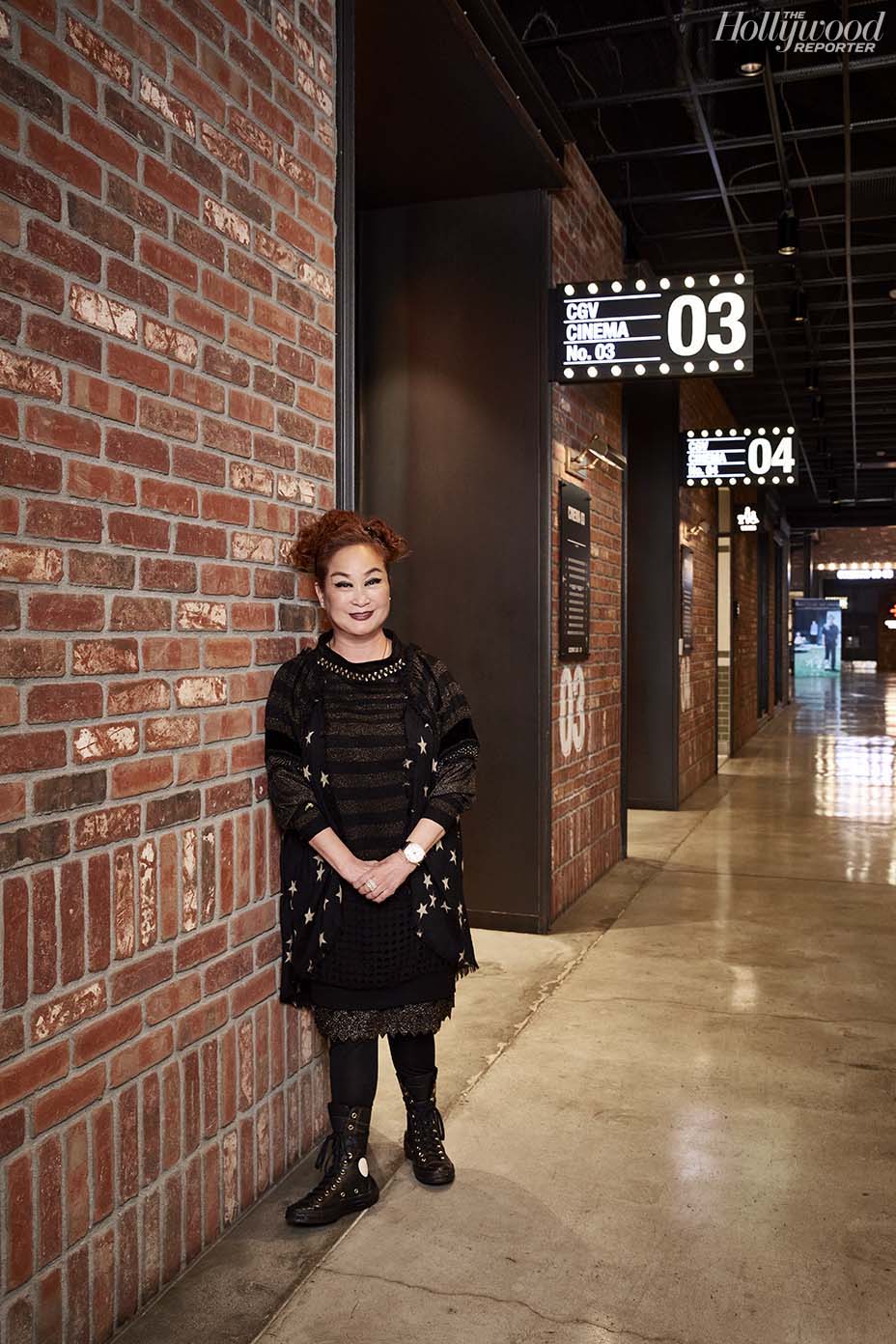 Lee began to formulate a vision of what could be possible with Korean culture, but for CJ to execute on those ambitions, it had to transform itself. “We’d been a food company forever, and even after expanding into biochemical and pharmaceutical, we were still very B2C [business-to-consumer],” says Lee. To transition into media, CJ first had to build the country’s entertainment industry essentially from scratch.

“We didn’t have multiplexes,” she says of Korea in the mid-’90s. “We had these little video stores, not even chains.” Lee and her brother were determined to invest in cinema construction not just to impress their new Hollywood partners, but primarily to grow the local film market. “Back then, Hollywood content was a superpower. So when we became the distributor of Steven Spielberg’s films, that meant a lot to the exhibitioners in Korea, and that really gives you power,” she says. “Our plan was to package the high-powered DreamWorks content with Korean local content.”

In 1998, CJ opened Korea’s first multiplex, and today its cinema affiliate CJ CGV is the country’s largest chain, holding about 50 percent of the market. Other exhibitors followed, more than quadrupling the Korean moviegoing audience (0.8 per capita annual admissions in the late ’90s to more than 4.0 now, one of the world’s highest rates) and propelling Korea to the fifth-biggest box office territory in the world.

“From early on, she and her brother had a vision, which was probably kind of audacious,” says Imax CEO Rich Gelfond, who first struck a five-theater deal with CGV in 2005; the partnership has yielded 174 theaters across Korea, China, Vietnam and Turkey. “Miky and CJ were groundbreaking in the way they modernized and reinvented the moviegoing experience,” he adds. 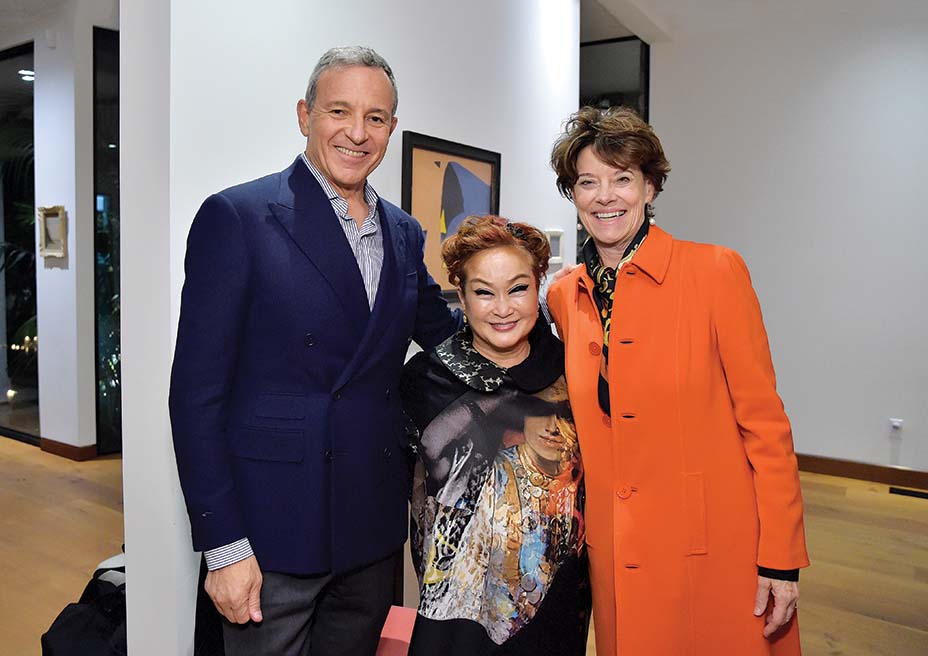 CJ’s strategy to boost local content by building theaters worked. With the construction of its first cinema, the company created a fund to support domestic filmmakers. CGV’s arrival coincided with the rise of a generation of Korean auteurs like Bong, Park and Kim Jee-woon (A Tale of Two Sisters) that attracted local audiences (domestic films grew from 10 percent of the market and now steadily occupy more than 50 percent) as well as the international art house crowd.

Lee had similar ambitions to turn K-pop music into a globally popular genre. Although K-pop artists now regularly tour around the world, many international fans got their first live experience with them through KCON, Lee’s brainchild that she conceived a decade ago while attending a UFC convention (CJ had a men’s TV channel that aired mixed martial arts) and realizing, “Wow, we can do this with K-pop.” (BTS, the leading K-pop act, played its second-ever U.S. show at KCON 2014.) More than a million people have now attended the music and cultural festival across six countries including Mexico, France and Abu Dhabi. In addition, CJ’s music channel Mnet provides one of Korea’s biggest platforms for all artists via weekly showcase M Countdown and its annual Mnet Asian Music Awards, a highly produced extravaganza that makes the Grammys look humble. 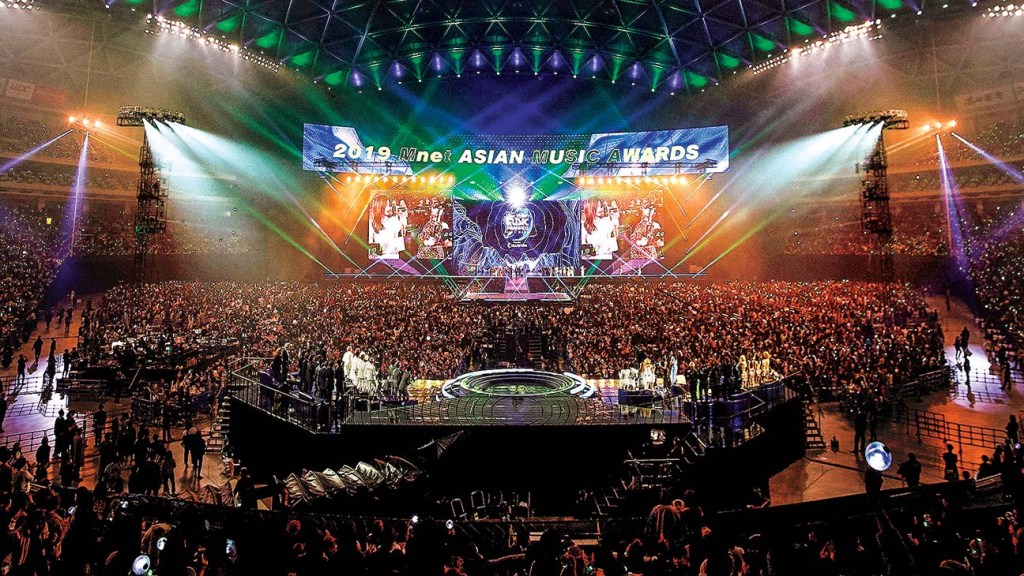 Having nurtured Korea’s entertainment industries into a cultural force that has flexed its soft power throughout Asia and beyond, Lee says her goal now is to further expand CJ’s worldwide influence. As Korea’s only studio with foreign direct distribution, it has released more than 140 movies in the U.S. and more than 50 elsewhere, and it possesses a massive library of feature, scripted and unscripted IP (to date, 57 of its films have been remade in 14 countries). 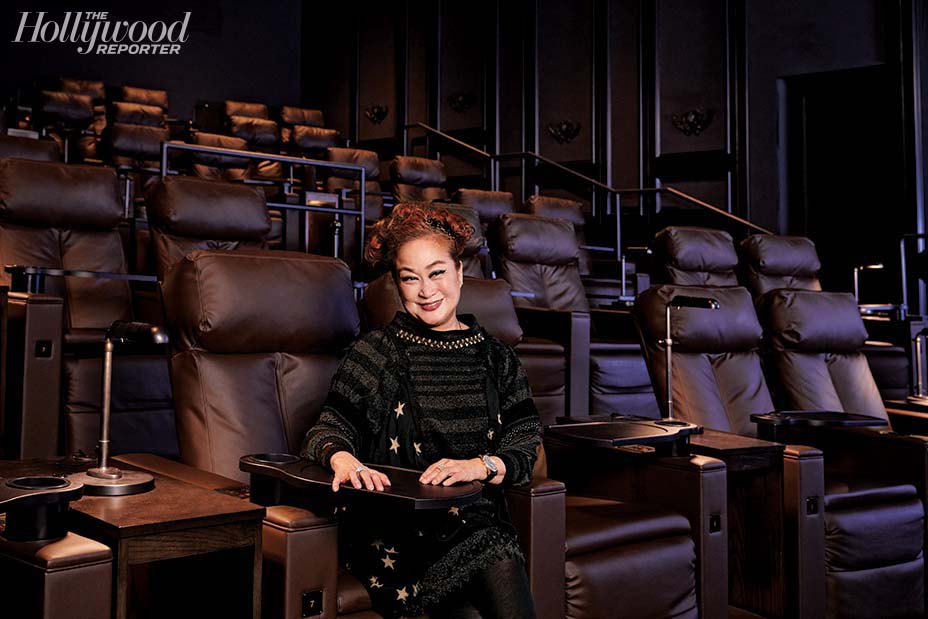 CJ has set up local subsidiaries in six other countries (including the U.S.’ CJ ENM America) to grow the market in developing territories and expand its own footprint in established ones — none more so than in Hollywood’s film industry. The company’s target is to produce and finance two to three English-language movies a year; it already has 17 in development, including partnering with Universal and Kevin Hart to remake CJ’s hit comedies Sunny and Extreme Job. CJ also produced Drake Doremus’ original feature Endings, Beginnings, and is producing Bong’s Parasite limited series with HBO and Adam McKay. That project is tantalizingly scant on details, though Lee offers that if it were to be remade in America, the support staff from the film would be Hispanic or Filipino.

“Parasite is not a global film in terms of casting, but it’s about the issue that everybody’s facing now,” says Lee, adding that the universal theme of the need for “basic human respect” represents the kind of cross-cultural content she wants to focus on in the future. “I’m happy to be the bridge. Just walk over me. As long as you cross my body bridge, it means we are all successful.” 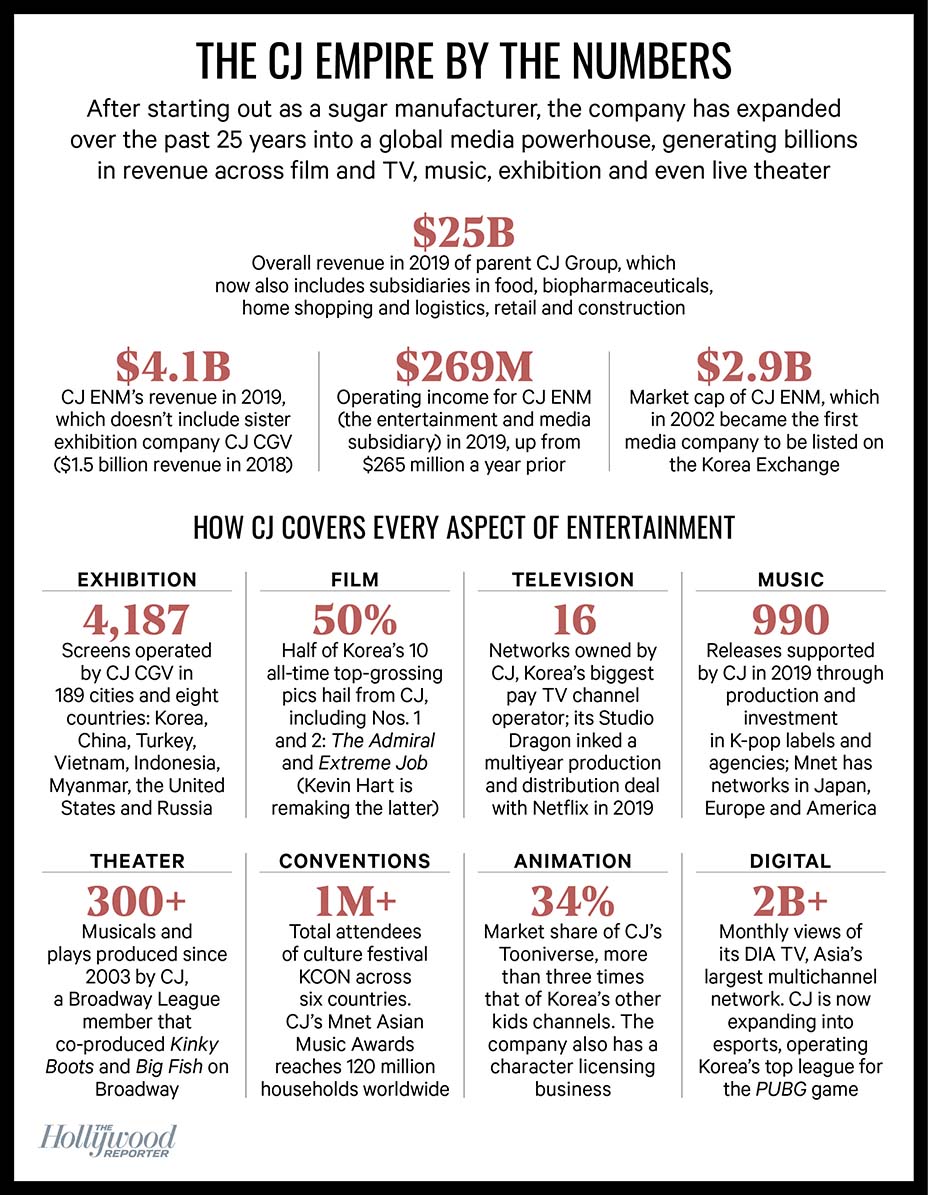 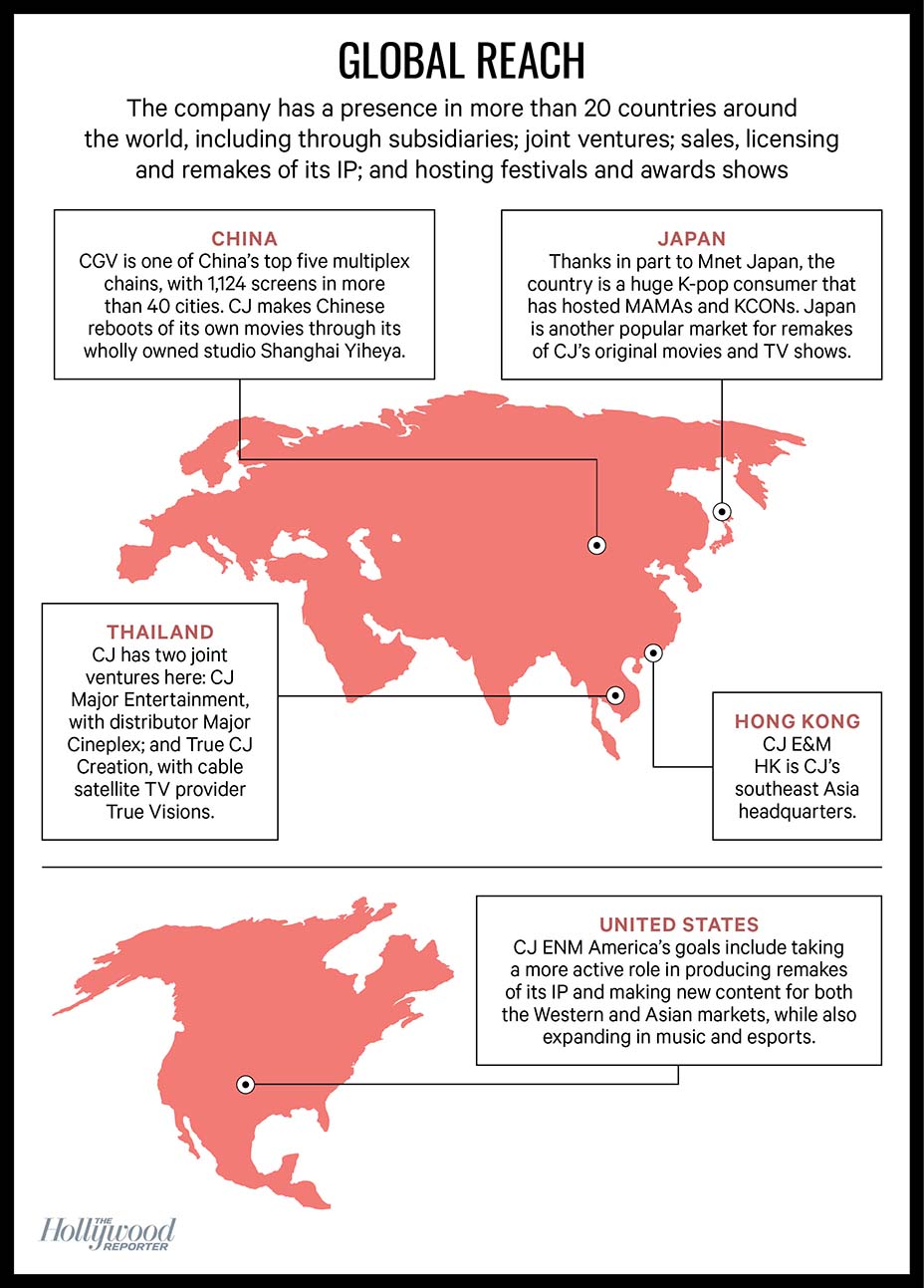