During a Feb. 13 episode of Ellen DeGeneres’ talk show, Jerry Seinfeld tested the enthusiasm threshold of the host’s already-animated audience when he told her that it’s “possible” he might someday revisit his eponymous 1990s NBC sitcom.

No, Seinfeld will not be back on the network’s “Must See” block for fall 2018. But the fact that DeGeneres’ question was even answered after two decades of the comedian rolling his eyes at such suggestions is a sign of the times. Revivals of contemporary classic sitcoms Will & Grace, Roseanne and Murphy Brown, original casts still in place, have shifted industry perception to the point where few series wouldn’t be considered fair game for some kind of update. These continuations, a strange breed that’s neither remake nor the original iteration, are still just a fraction of the reboots dominating the TV landscape — reflecting the often complicated dealmaking and the fact that most runs aren’t expected to last long.

“Netflix really kicked this into high gear with Fuller House,” says one studio chief. “It’s one of the worst shows that I’ve ever seen, but it’s by far their most watched. It woke everybody up to look at their own libraries.”

Fuller House, which stars Candace Cameron Bure and reunites nearly all her co-stars from ABC’s Full House (1987-95), was not an easy sell. Original creator Jeff Franklin first shopped the family sitcom (technically a spinoff) as a 10-90 deal (a 100-episode order if the first 10 work), when the initial success of Charlie Sheen’s on-the-cheap Anger Management briefly had those in fashion. Nobody would bite. It was Netflix that ultimately reached out to Franklin to hear the pitch before rushing the show to premiere in early 2016. “We went out to all the likely suspects, and they all passed,” Franklin tells THR over email. “Without Netflix, this show would not have happened. And all the sitcom reboots that followed may not have happened, either. You’re welcome, Roseanne.” (Netflix is said to have “overpaid” for both Fuller House and its remake of Norman Lear’s One Day at a Time.) 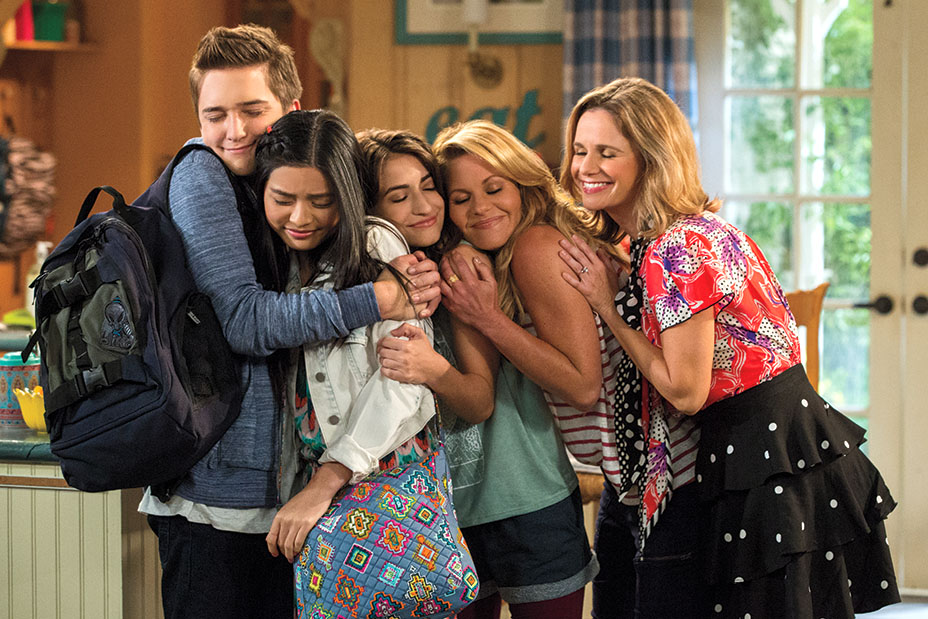 The success of Fuller House, like all things on Netflix, is somewhat ambiguous. Its true audience is unknown, though anecdote suggests it is high. Nielsen cited a third-season premiere week haul of 4.6 million viewers, and the streamer itself claimed subscribers plow through it faster than all but one other original on the roster. (The series with that distinction is another reboot: the four Netflix movies reuniting the cast of the defunct WB/CW drama Gilmore Girls.) Both projects prompted a broadcast network scramble to get on the nostalgia bandwagon — just as Netflix, which allegedly paid roughly $45 million to resurrect the Mitch Hurwitz cult favorite Arrested Development as one of its first big original plays, decided it was not in the TV salvage business. The trend now belongs to the Big Four, desperate to drum up buzz by harkening back to their heyday.

It’s working at NBC. Most point to Will & Grace as the current standard of reboot success. At the very least, it’s the show that ABC will measure Roseanne against when the comedy returns from its 20-year break March 27. Will & Grace ranks as NBC’s No. 1 comedy of the season, and it trails only CBS’ Big Bang Theory and Young Sheldon on the list of top comedies across TV. Better still, the already-renewed comedy barely costs more money than a typical first-year show, say sources.

“As far as the financials, these look similar to any new show being launched with high-end talent on board,” says a TV lit agent. “Where you can get into issues are the original agency packages.”

Will & Grace, like Fuller House or Gilmore Girls, has the benefit of the original creator, stars and studio all being keen to make it happen. The only speed bump comes with paying out to those stray parties who are no longer involved. Independent agent Scott Schwartz, who hasn’t represented Will & Grace co-creators Max Mutchnick and David Kohan for several years, gets a piece of the new show for his role in putting it on the air back in 1998. (NBC is paying roughly $2 million an episode.) “You could always try to make the case that it’s something different,” the agent adds, “but they’re the same damn shows.” 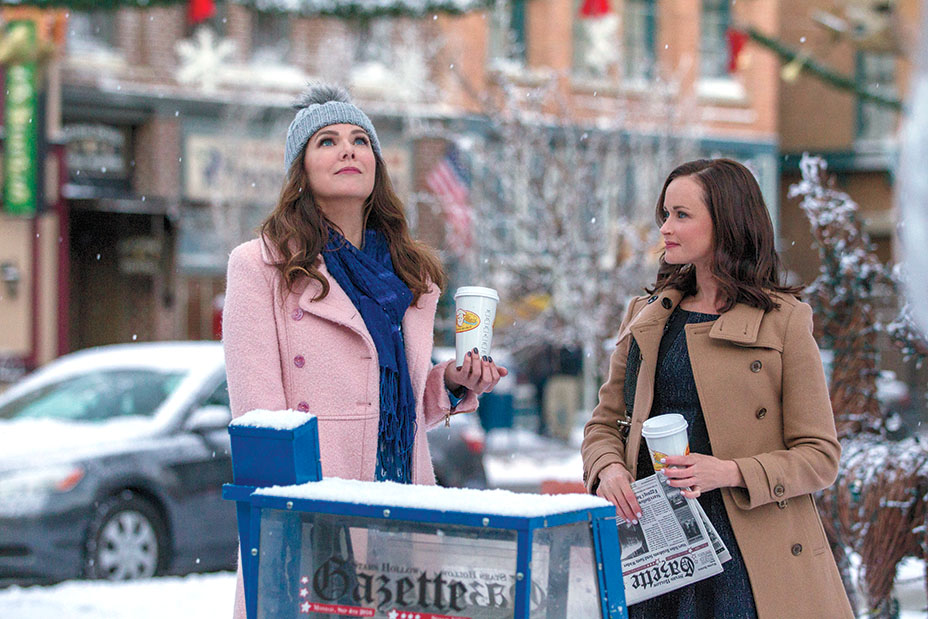 If the original creator is not involved, he or she will still get a cut, be it a continuation or a more traditional remake. The Writers Guild of America affords multiple protections in its contracts. Matt Williams, Roseanne‘s creator and first showrunner, departed in season one after butting heads with Roseanne Barr. He still saw his name run with the lone “created by” tag for the eight and a half seasons that followed. And that credit will remain intact for the show’s new episodes, even though he’s as uninvolved as ever. Williams, who also gifted ABC with Home Improvement, did get a courtesy call before the official reboot announcement — and the extravagant pitch to ad buyers that followed. Sources say he’ll receive a percentage of his past royalties and backend. Such passive payments, according to one lawyer, are a victory at a time when backend is becoming harder to come by.

It pays to be polite, by the way. Creators who don’t get a heads-up before the cat’s out of the bag often end up being either “very expensive or very difficult.” Entitlements vary wildly. “In the ideal world, these creators should not find out from a press release,” notes another TV lit agent, speaking about more traditional remakes. “But that’s definitely not always the case.”

“Marcy [Carsey] and I have been approached about doing a reboot of one thing or another, but it’s hard to make a reboot fresh,” says Roseanne rights owner and Carsey-Werner co-founder Tom Werner. “We always had this sense of, ‘We want to be proud of something that we did,’ and we don’t need the income.”

Not that it doesn’t boost a writer to get his or her series back into the conversation. In addition to the fact that a remake or new episodes means collecting more fees, the current streamer push for old libraries has sweetened the backend on the originals for many. Hulu secured the original Full House after the success of its Netflix spinoff. And, after ABC announced its plans for Roseanne, Amazon Prime struck a streaming deal with distribution house FilmRise for its first nine seasons and several other titles in the Carsey-Werner catalog. “There’s a huge appetite for nostalgia in some of these streamers,” says FilmRise acquisitions vp Max Einhorn. “And there’s been a large, sustained interest for Roseanne since it premiered on Amazon. I think ABC will see that reflected in their own ratings come March.” 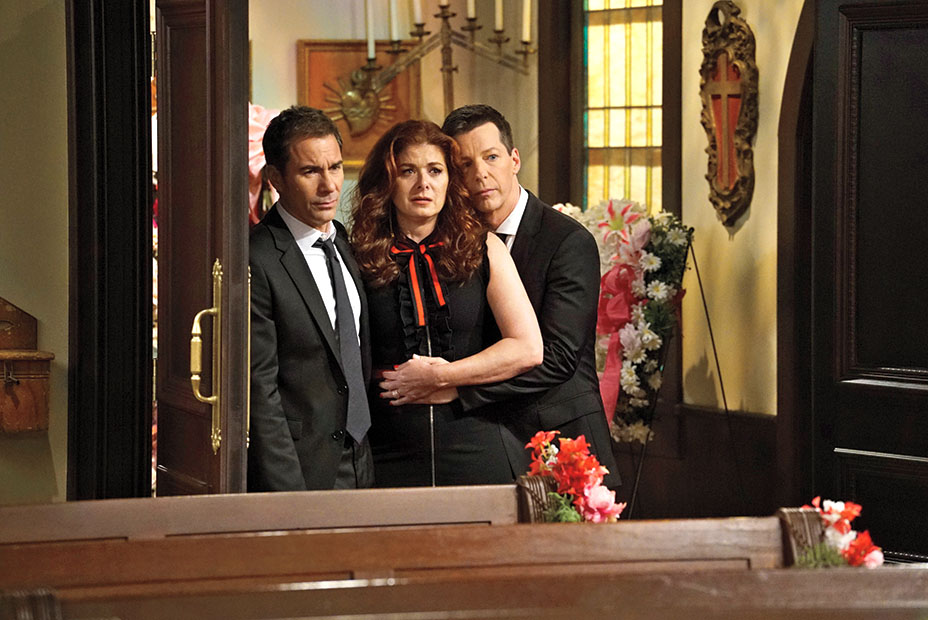 Contrary to common assumption, these new runs don’t automatically come with rights to the old seasons. They can be negotiated together or separately. NBCUniversal licensed only the first eight seasons of Will & Grace to Hulu at the time of the show’s return (for nearly $15 million, a deal described as “cheap”). What happens with the ninth and upcoming 10th season for their second window is up in the air. Warner Bros. has yet to make any formal deal for Murphy Brown‘s back catalog, although Hulu is said to have expressed interest and CBS streamer All Access seems like a natural choice, given that the reboot is for CBS. Many express skepticism about how individually valuable these new seasons can be. After all, they’re short orders — between nine and 16 episodes — and, even in success, aren’t expected to last many seasons. Showtime poured tens of millions into David Lynch’s return to Twin Peaks, but the one-off has made little awards impact for a prestige play, and the ratings (2 million viewers, across platforms) did not spike as many thought they would. New episodes of The X-Files, revived at Fox with original leads David Duchovny and Gillian Anderson, pulled nearly 14 million weekly viewers with a 2016 event series. But the audience for its 2018 follow-up is down 55 percent, and Anderson has already said she’s not signing for a third season.

That’s hardly stalled talks on other titles. Sony is trying to reassemble Helen Hunt and Paul Reiser for more Mad About You. NBC execs have passively discussed bringing back The Office, and the network is said to be equally interested in reassembling former cast and the option of just starting from scratch. The ecosystem is certainly better built for the latter, where the cast is typically less expensive (the four leads of Will & Grace each made $250,000 per episode for the first season of the show’s return and will make $350,000 a pop for the second season, still less than their salaries when the original run ended) and eager to sign on for more. Remakes with new casts and creative teams litter the dial, from CBS procedurals Hawaii Five-0 and MacGyver to The CW’s soapy Dynasty. And networks only want more. Up-and-coming TV scribes are frequently sent off to studios to peruse IP libraries like they’re self-serve frozen yogurt bars — either to get inspiration or to find familiar packaging for an idea they’ve already cooked up. “Almost half of the pilots ordered this year were based off of intellectual property,” CAA TV lit agent Tiffany Ward says of the reboot grab. “That kind of proportion, coupled with a dormant title that fits with a creator’s idea, makes adding recognizable titles a worthy conversation to have.” 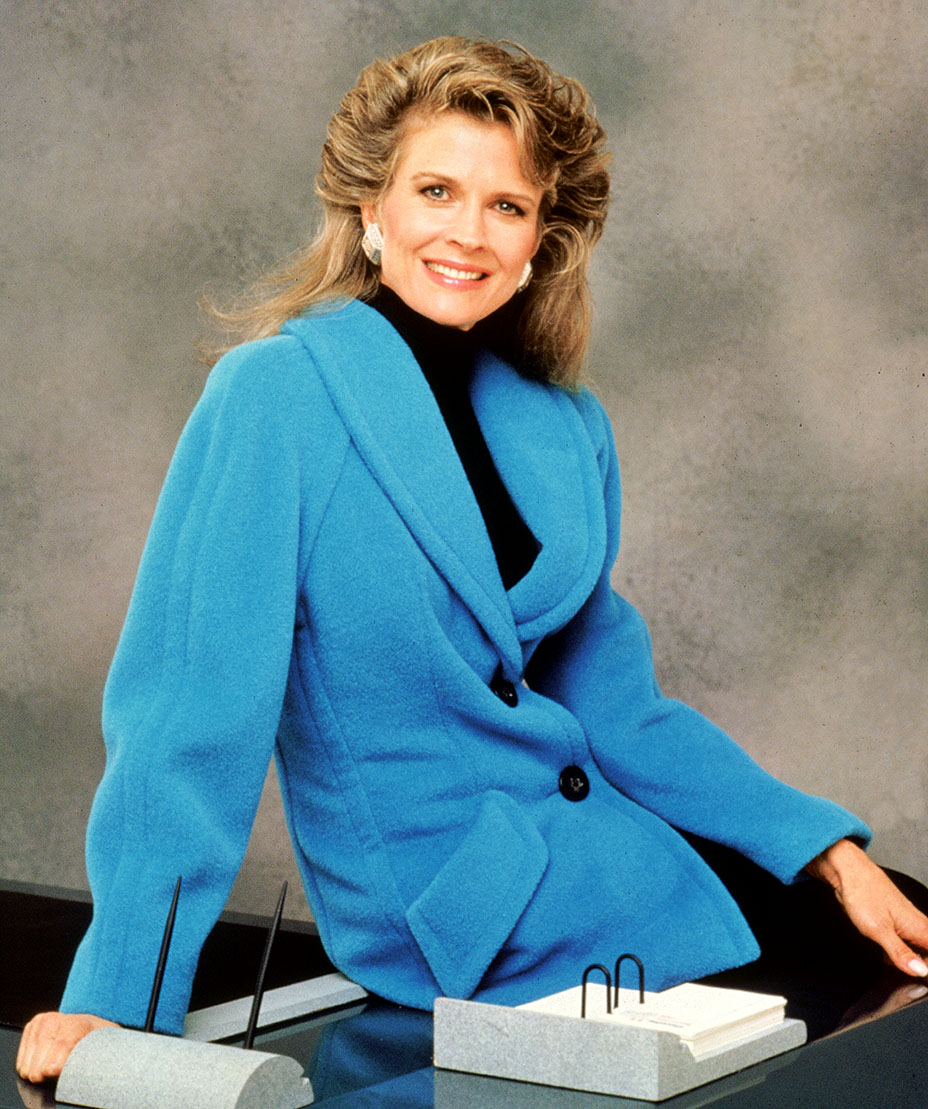 At least two creators are even trying to revive one of their own shows with a new setup. Christopher Keyser and Amy Lippman, behind ’90s family drama Party of Five, were inspired by the success of This Is Us to put a timely twist on their story of orphans raising each other after the death of parents. Freeform gave a substantial pilot commitment to a new version focused on a group of Los Angeles kids whose parents are forced back to Mexico by U.S. Immigration.

“The question always has to be, ‘Why now?’ ” says Keyser. “We weren’t sitting for years trying to figure out how to get this thing to happen again. It didn’t have a reason for being until now.”

Adds Lippman, “Then you look up and you’re part of a trend.”

For CBS Television Studios president David Stapf, with new versions of Cagney & Lacey, Charmed and Magnum, P.I. all in consideration for next season, there’s no doubt: “How do you break through the clutter when there are 20 places to sell a show? The marketing and promo folks will always tell you, ‘Give me a title. Give me a star. Give me something where I’m not starting from scratch.’ And, in many cases, these series come with built-in, contemporary fan bases through years of original series reruns on both cable and streaming platforms.”

What network or streaming service wouldn’t pay a premium for more Seinfeld? Jerry and company may not be prepping that comeback, but NBC (and everyone else) will line up to put it on the air should they ever — no matter what happens with Roseanne, Murphy Brown or the shows that will no doubt come after them. The nature of this abundant TV market demands it. “When these start to bomb or quickly flame out, you will see less enthusiasm from the marketplace,” says Franklin. “But there will always be room for the right property to rise again. Still Hangin’ With Mr. Cooper, anyone?”