A media executive rallying his staff over WebEx. An editor working around her kids’ nap schedules. An assistant location manager filing for unemployment.

In the face of the novel coronavirus, this is life now.

In an attempt to find beauty in the trying period, The Hollywood Reporter enlisted photographer Joe Pugliese to capture all corners of the entertainment industry — from WarnerMedia Entertainment chairman Robert Greenblatt to sound mixer Ana Saldana — from a safe, socially responsible 30 feet away.

“Social distance and in some cases complete isolation changes all of us,” says Jamie Lee Curtis, who was photographed at her home with writer-director Christopher Guest and their dog. “Everything we took for granted before seems ephemeral, and the old-school bases — love, nourishment, animal contact, toilet paper — are now essential. Add to that last part music and art and you get a photo essay by Joe of our new collective normal.”

Steve Martin on His Late Career Surge and Contemplating Retirement: "This Is, Weirdly, It" 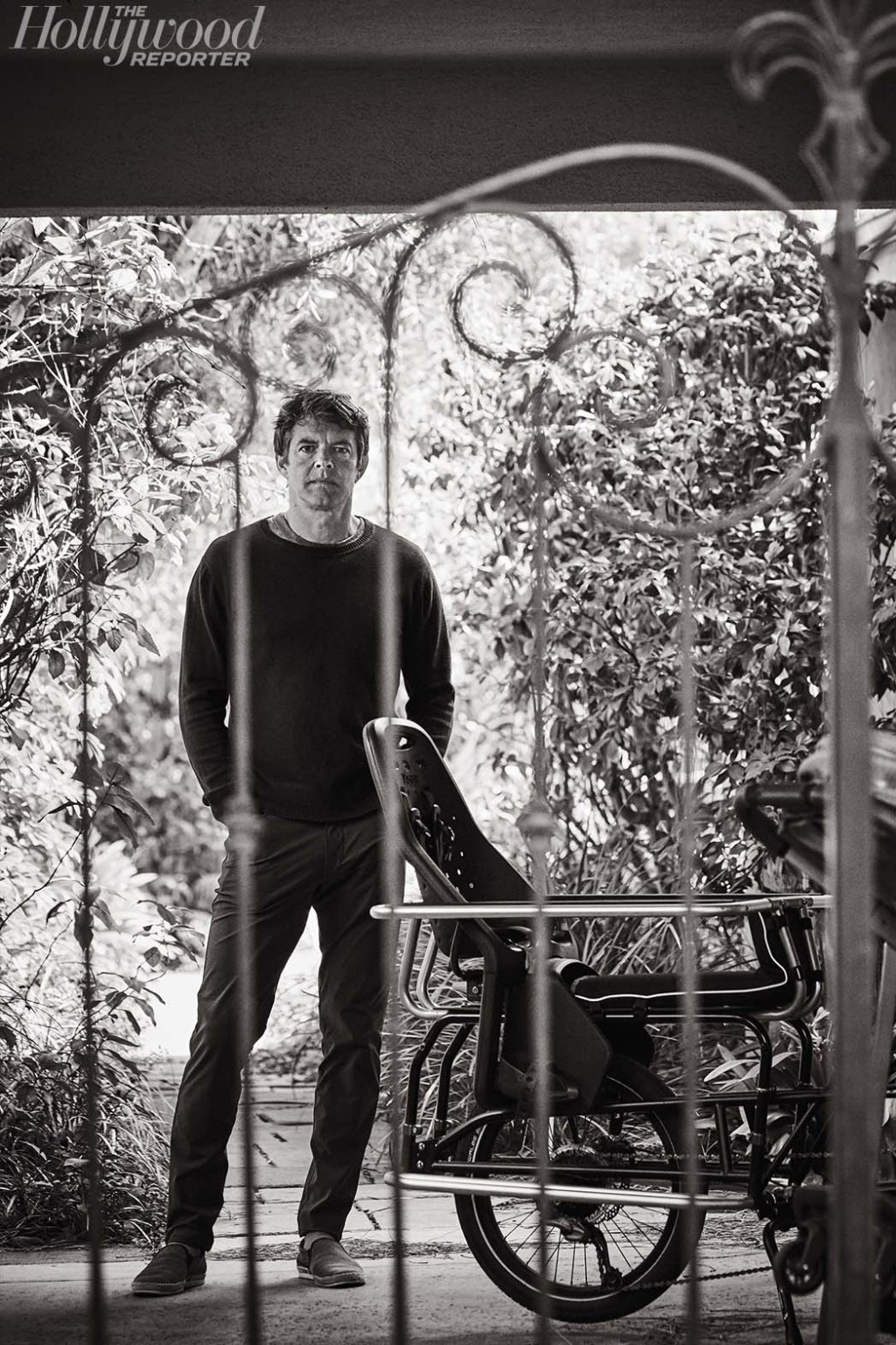 Director JON M. CHU with KRISTIN CHU, WILLOW and HEIGHTS
Los Angeles
March 31, 12:10 p.m.
Crazy Rich Asians and now-delayed In the Heights director Chu is staying home with his wife, Kristin, daughter Willow (left) and son Heights — along with his suddenly essential gear: “I’ve got my laptop, my big screen, all my hard drives and my iPad,” he says. “It was a little chaotic at first, but I’m settling into a rhythm now.” 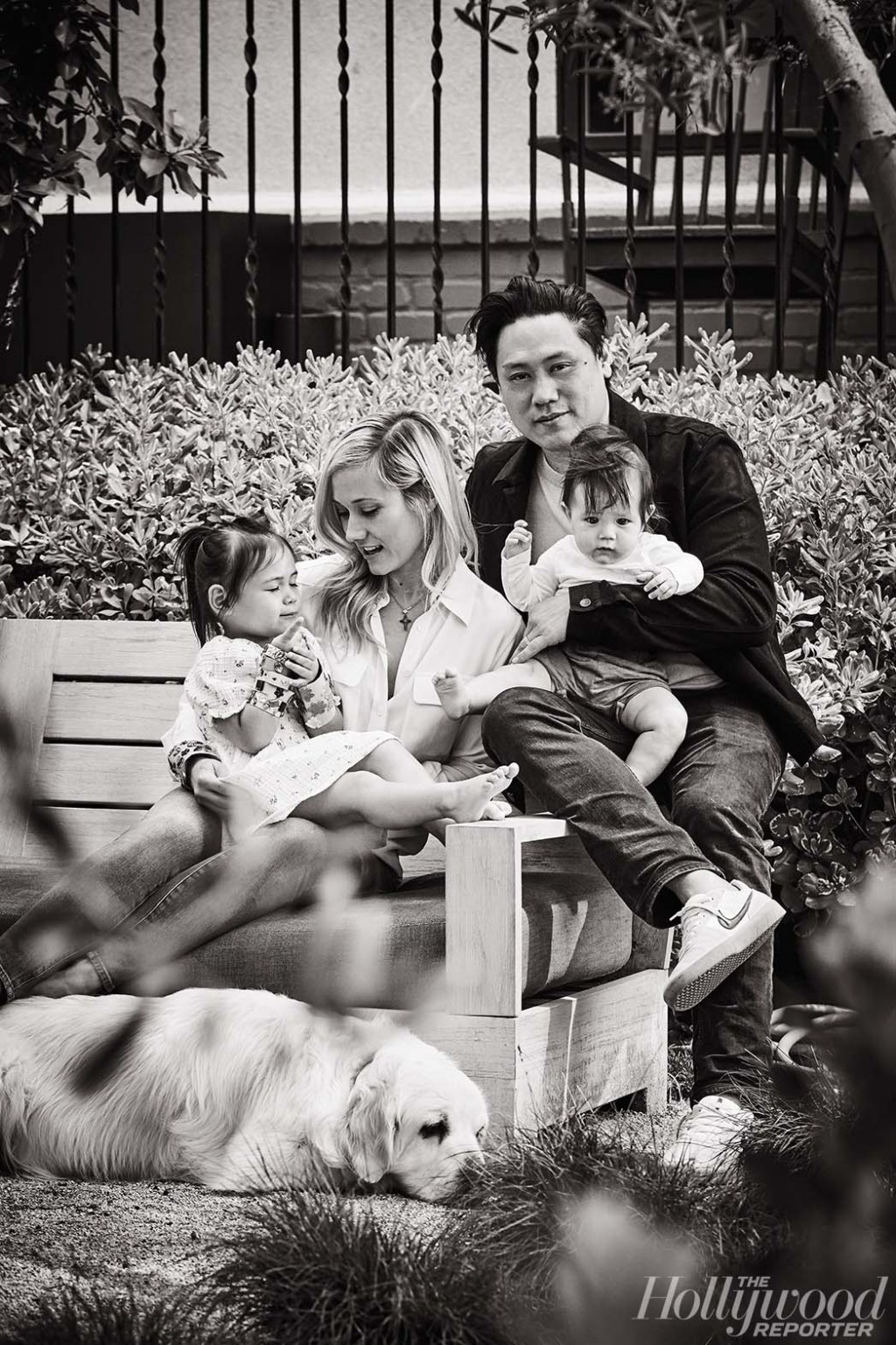 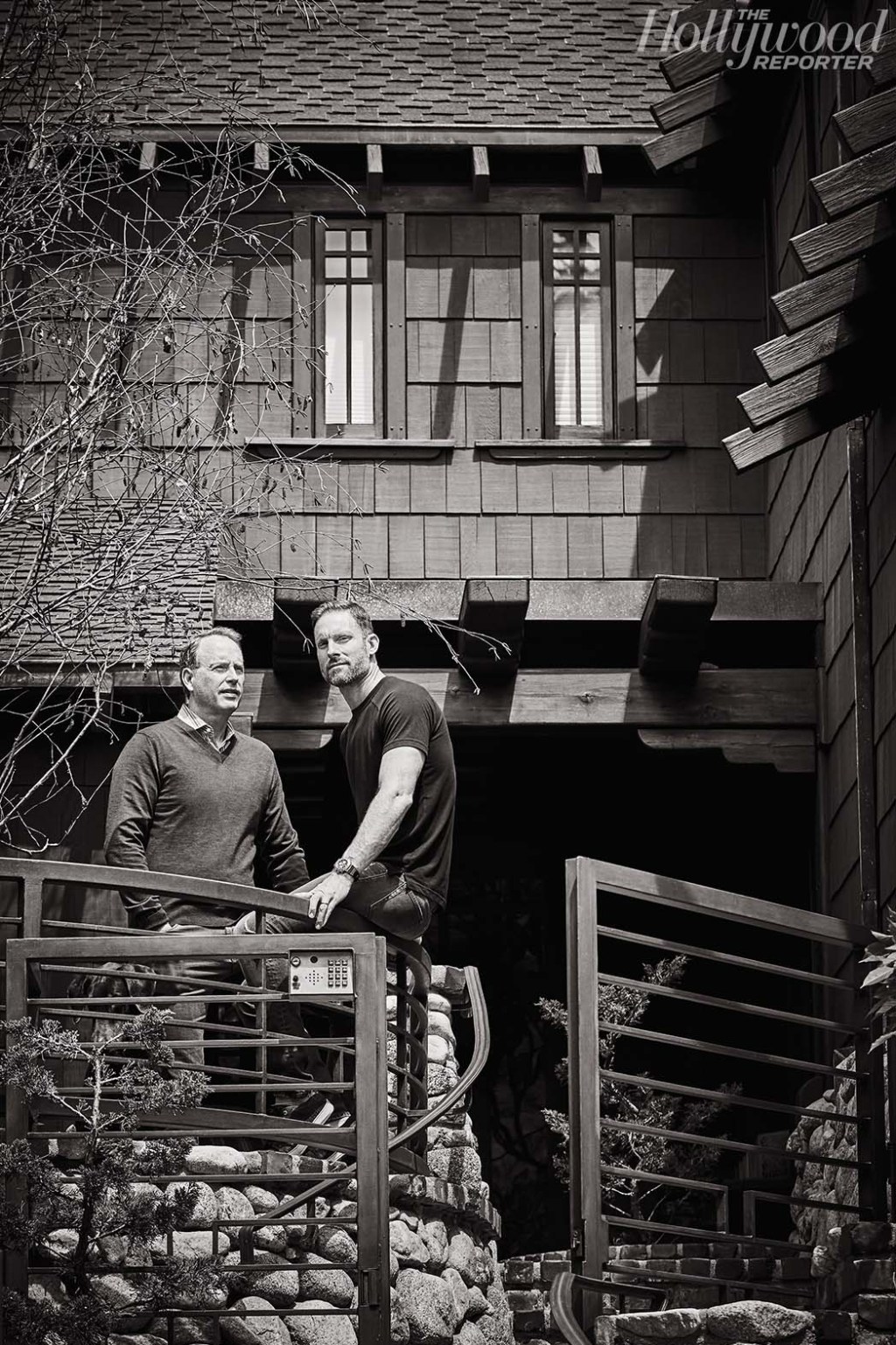 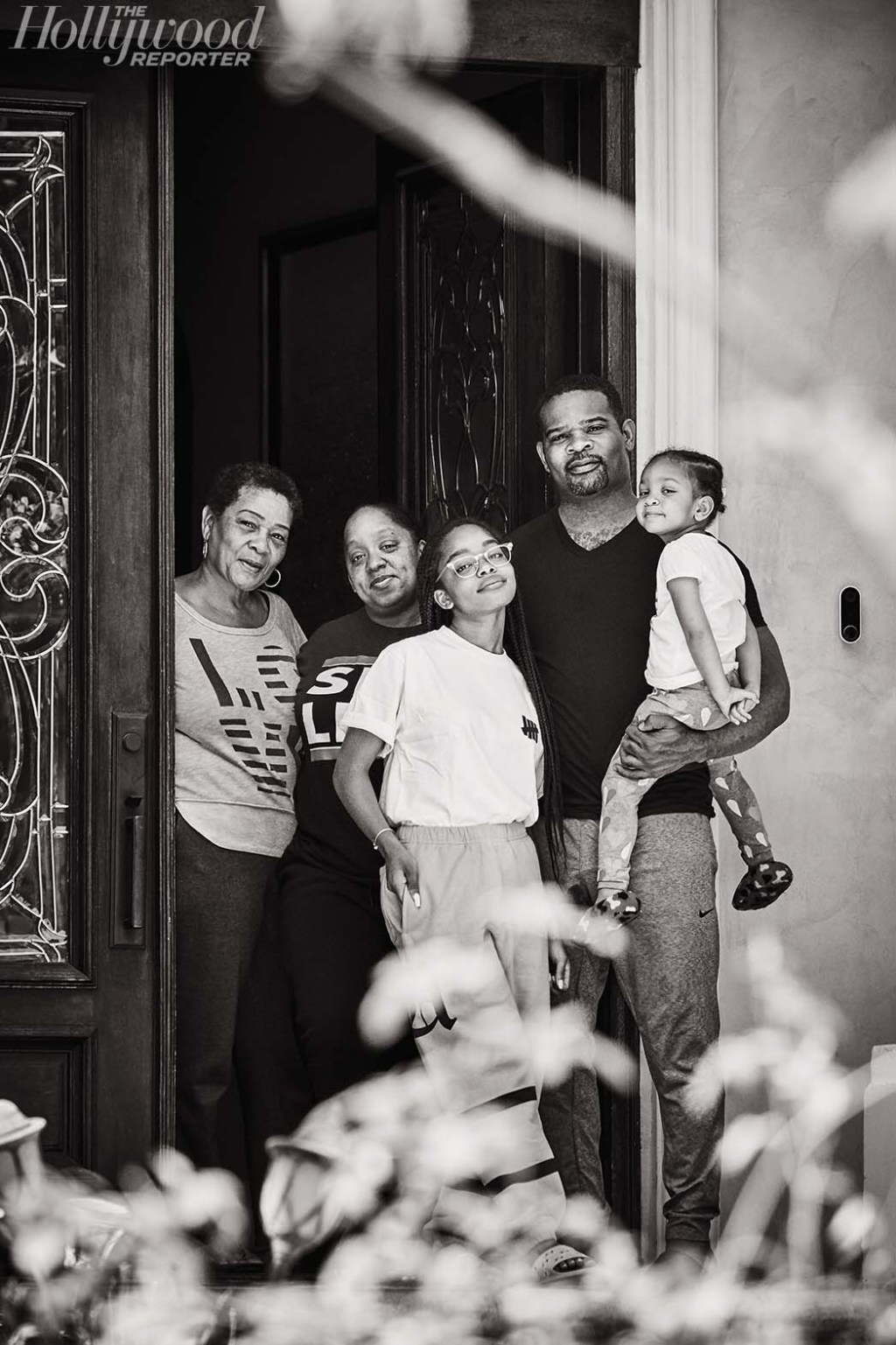 Editors JAMIE GROSS and DAVID EGAN
Eagle Rock
March 31, 4:28 p.m.
The married editors, whose credits include Game Night and Booksmart, are working from an editing suite and screening room that they built behind their house — while also raising their two young children. 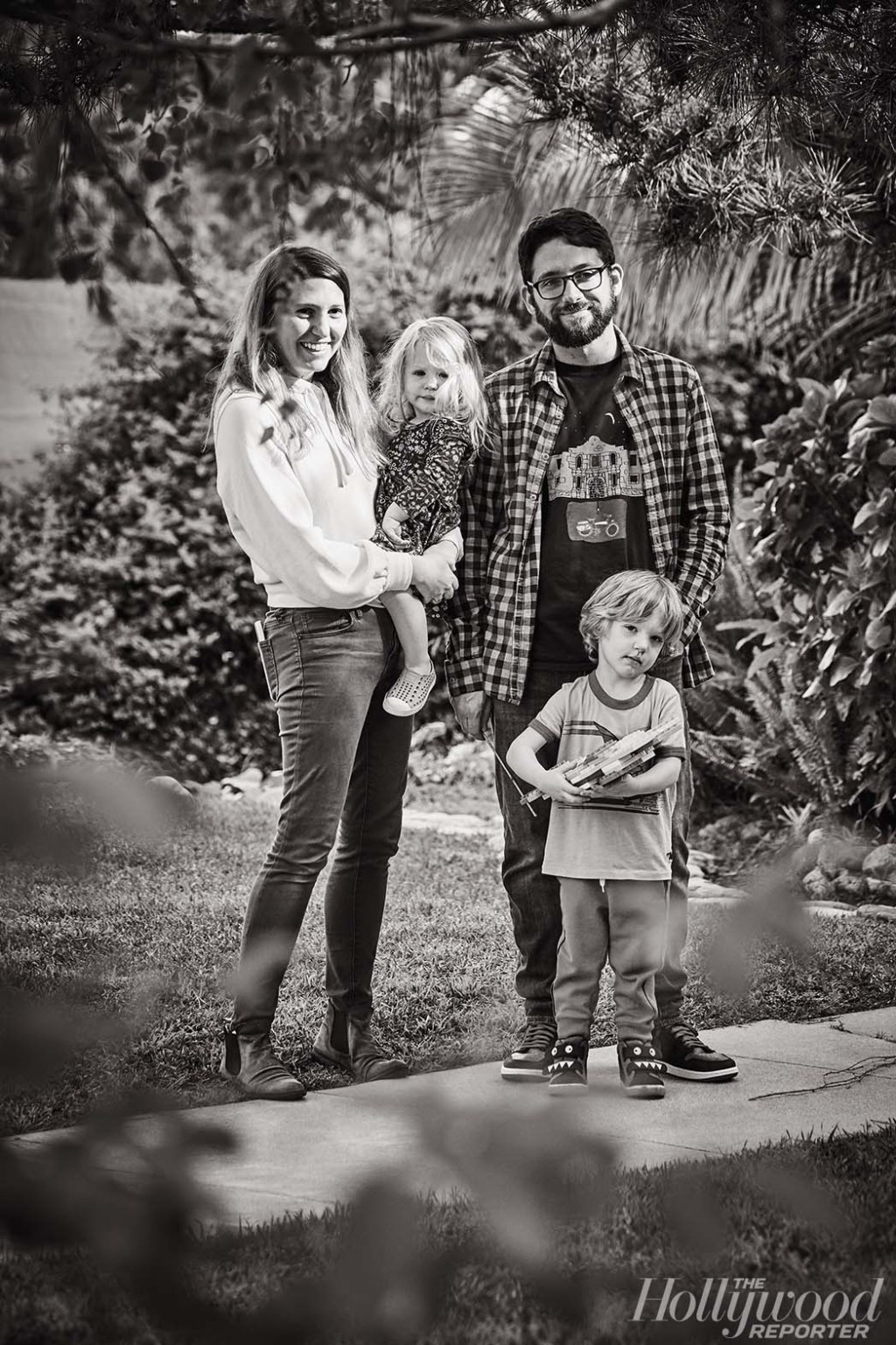 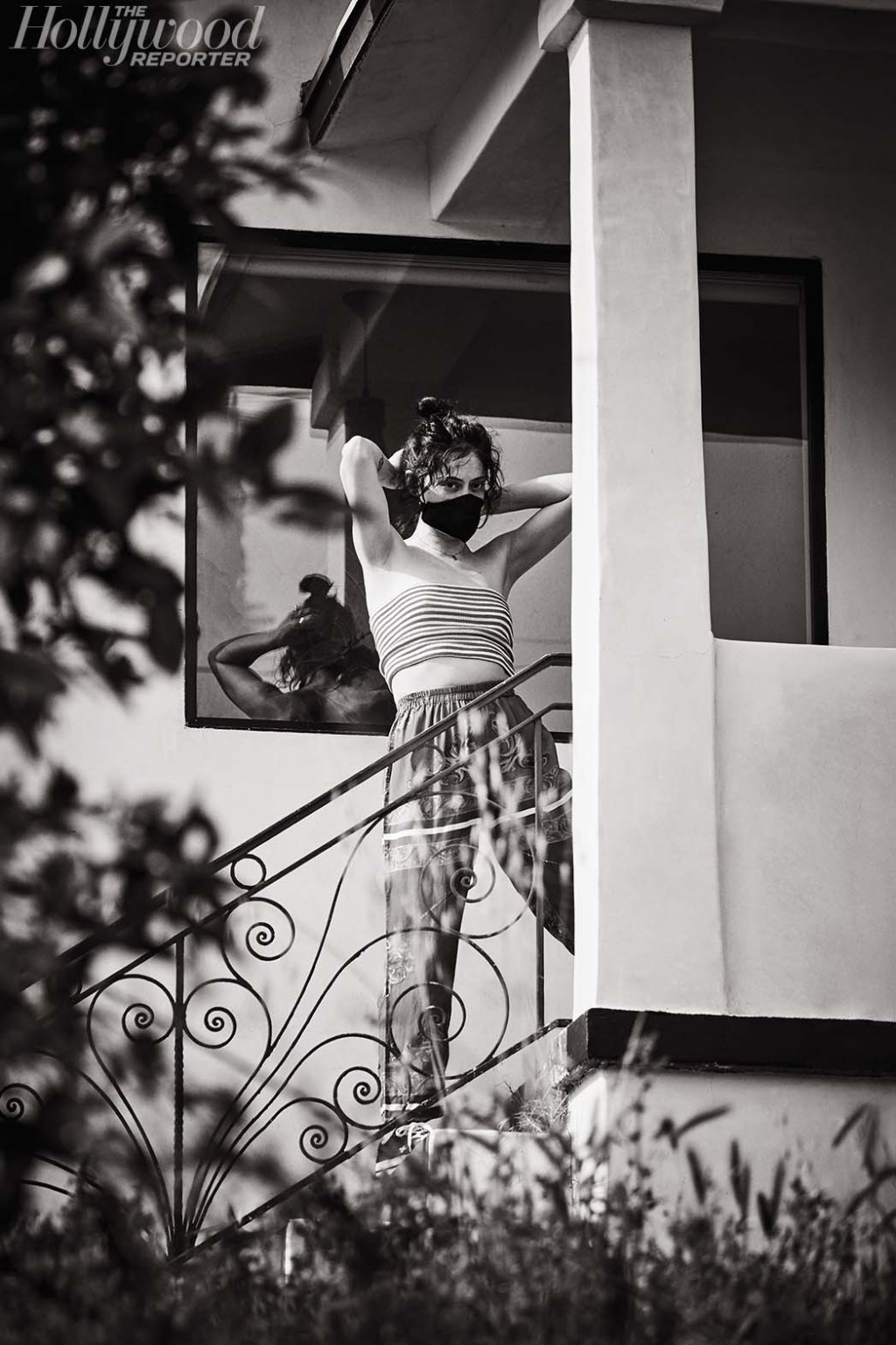 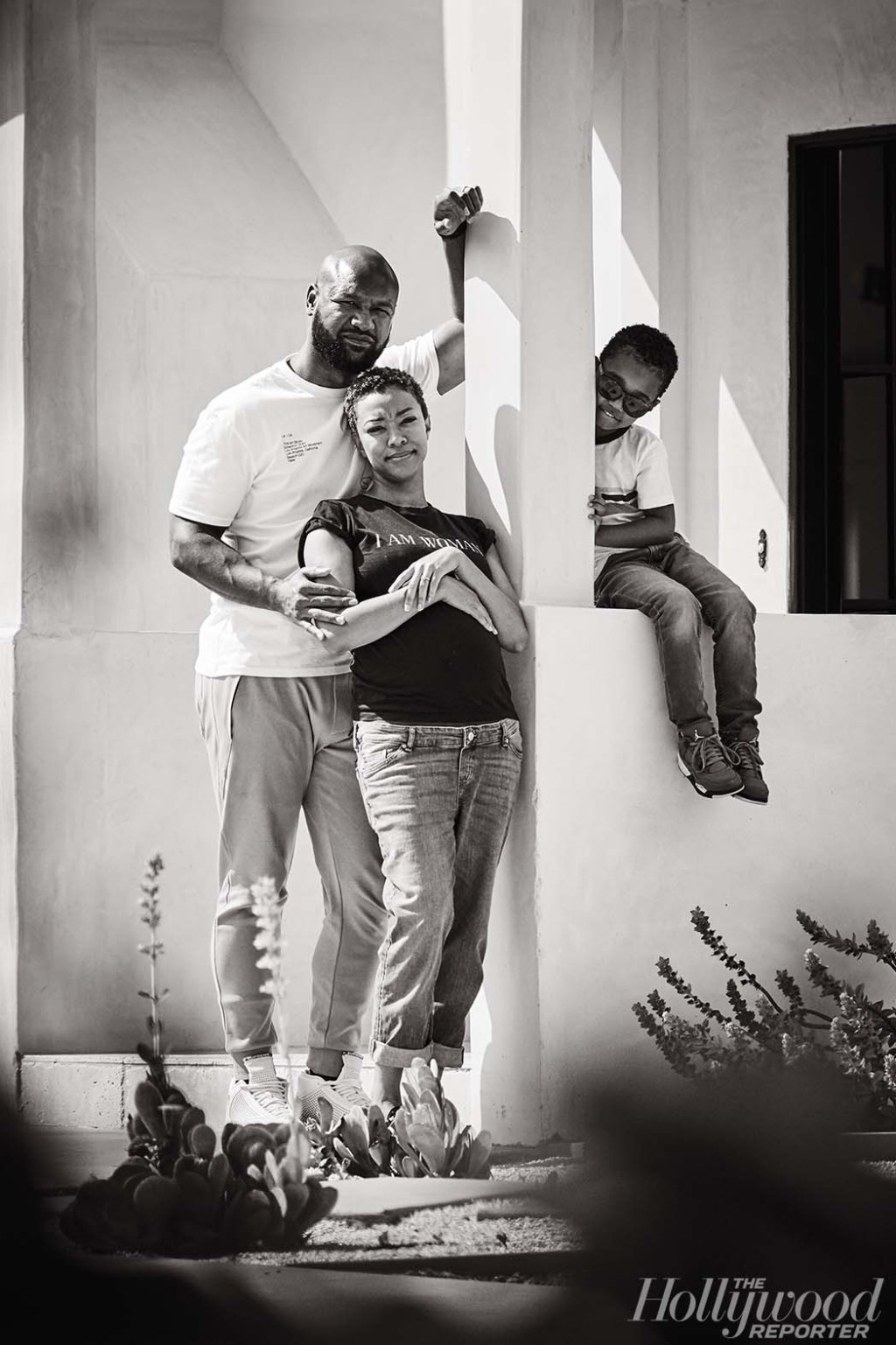 Composer BRIAN TYLER
Hollywood Hills
March 31, 3:40 p.m.
The composer behind several Marvel and Fast & Furious films is at his house in the Hollywood Hills with his wife, Sofie. He’s working on upcoming projects F9: The Fast Saga, Those Who Wish Me Dead and Clouds from his home studio. 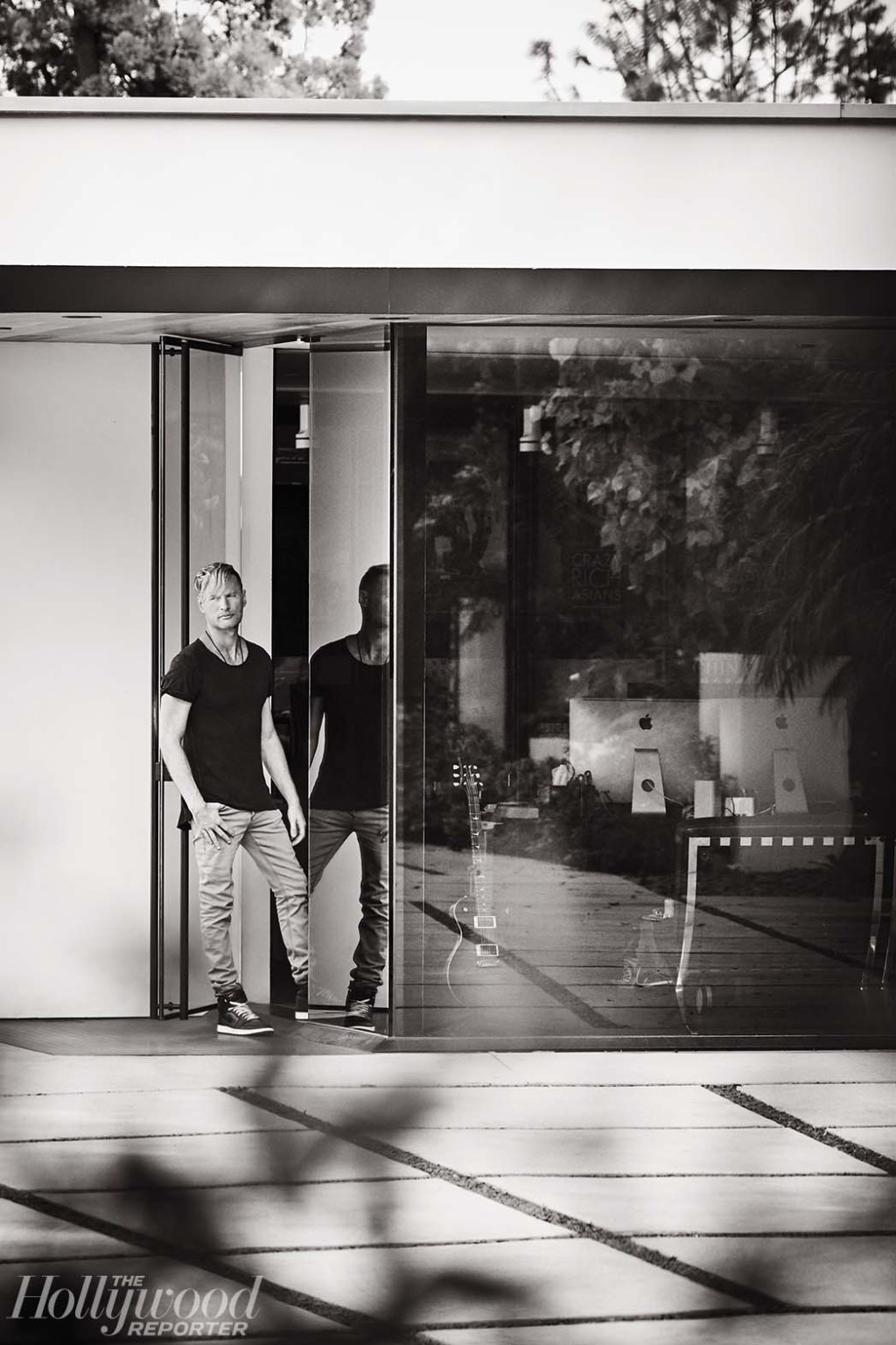 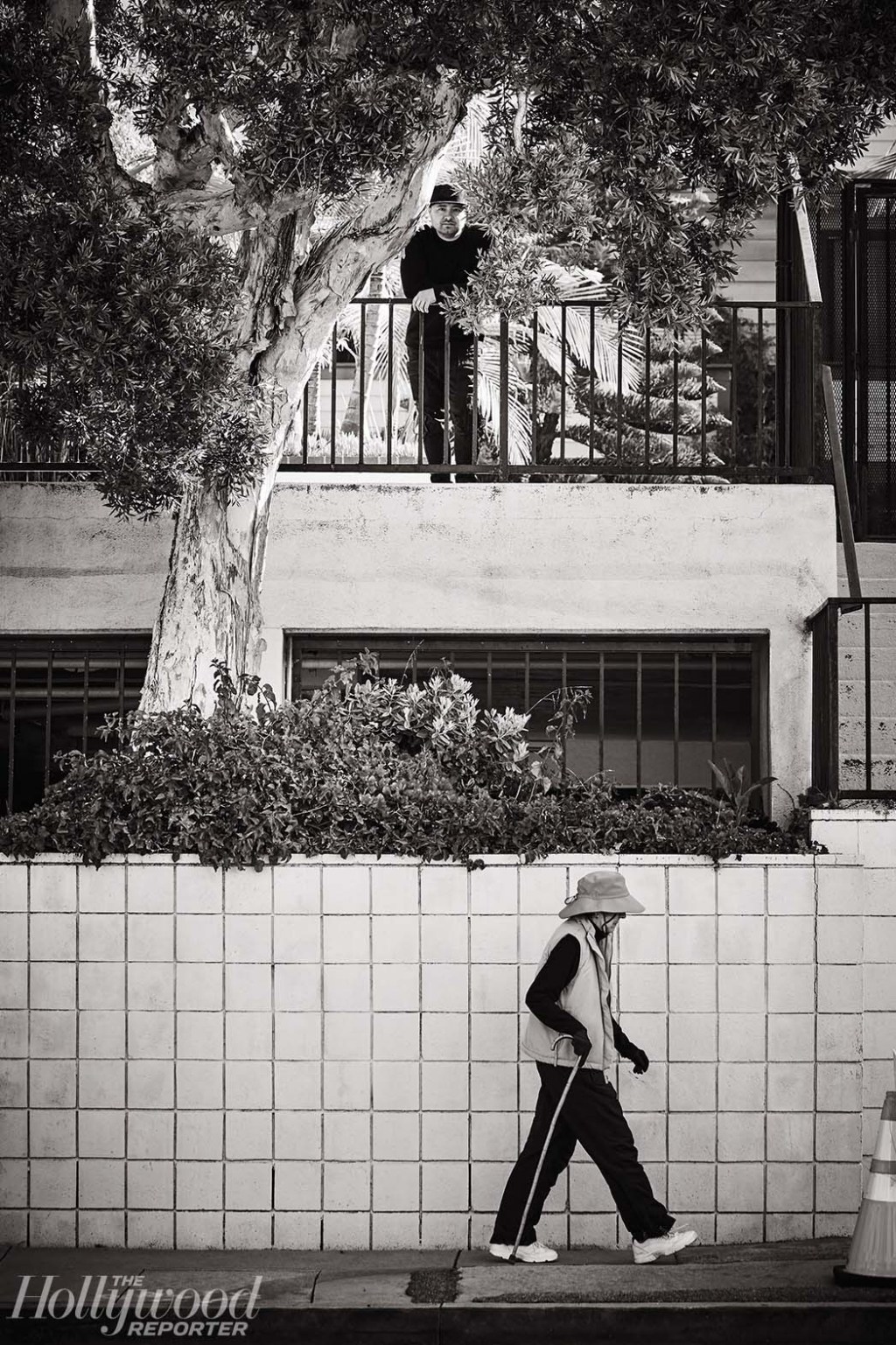 Producer DEBORAH EVANS with children OLIVIA and SHAWN
Leimert Park
April 3, 10:47 a.m.
The co-executive producer on Lena Waithe’s BET series Twenties is with her two children at home. From there, she’s had to work with her studio and production partners to shut down stages, lay off crew and file insurance claims — all via email and conference calls — on a trio of not-yet-announced projects. “I look forward to being on the other side of this,” she says, “where we can come together as a collective group of people, and see the industry thrive again.” 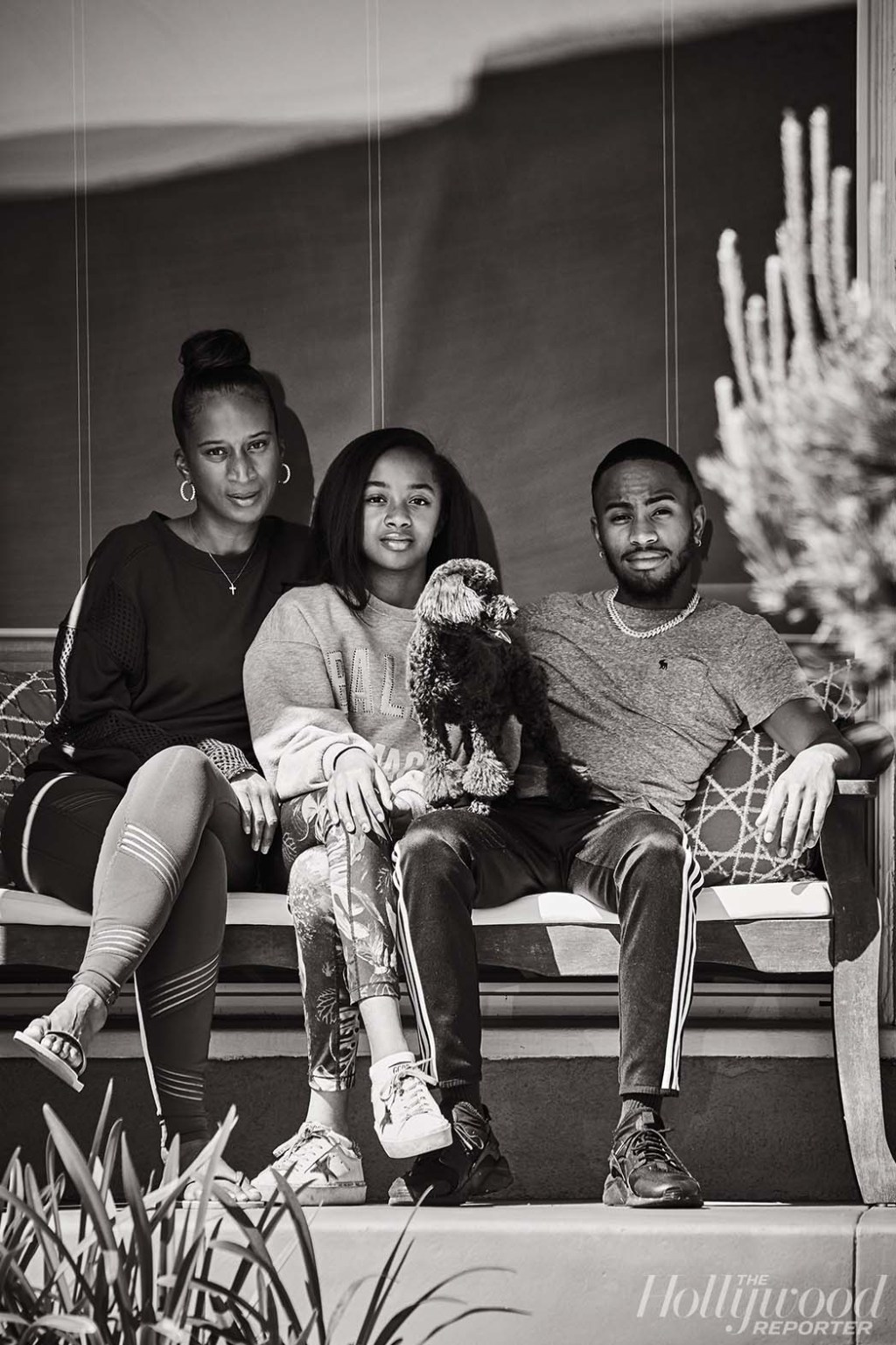 Recording mixer PAUL MASSEY
Ojai
April 1, 12:39 p.m.
The Oscar-winning recording mixer is sheltering in place in Ojai, where he’s at work in his home studio on Netflix’s Will Ferrell comedy Eurovision. Pre-pandemic, he’d been in London, where he mixed upcoming The King’s Man and No Time to Die. “I’ve been going flat-out since I’ve been back,” says Massey, adding that communication with the filmmakers has been fairly smooth, using services such as Skype and internet file-transferring services. 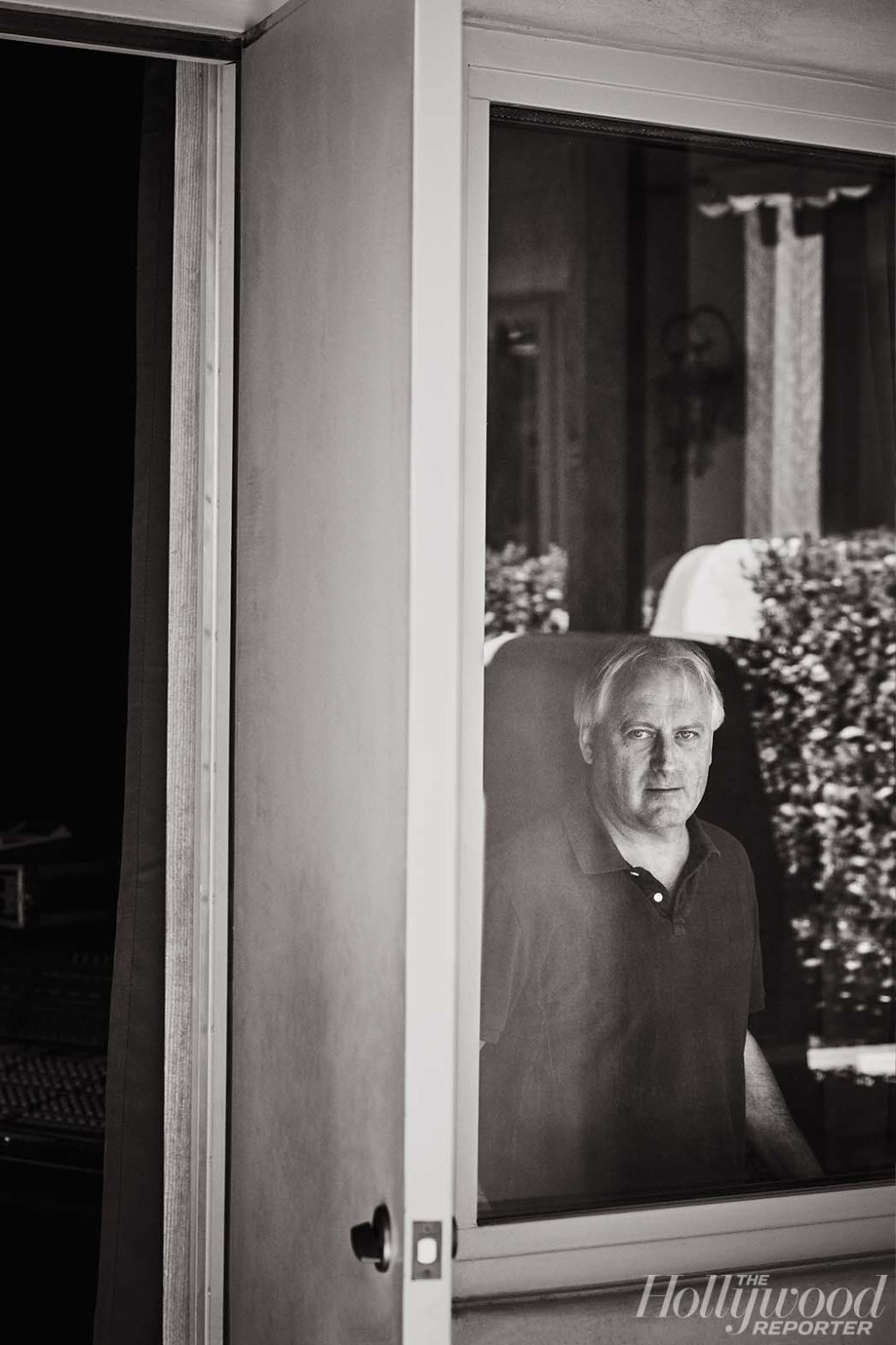 Photographer YURI HASEGAWA
Tarzana
April 1, 10:50 a.m.
The photographer, who recently shot Hillary Clinton for the cover of THR, is sheltering in place in Tarzana. In March alone, three shoots vanished from her schedule. Still, Hasegawa remains hopeful: “As much as we all have fear and uncertainty,” she says, “I’m personally dreaming and excited about the day we will all see each other and have hug fests and get back to where we were but with new, fresh perspective and appreciation.” 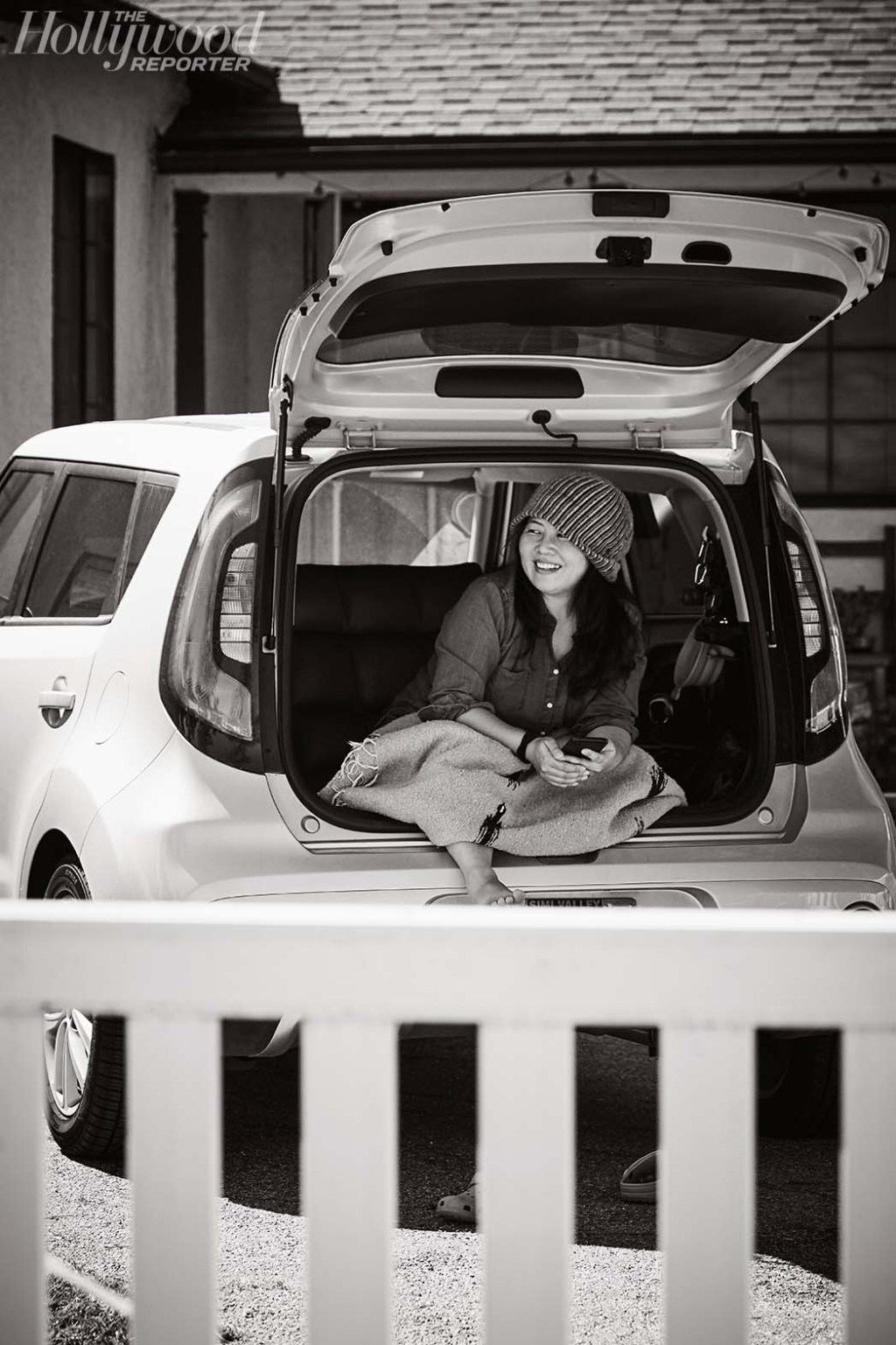 Bookings director SHAUN MURDOCK
Glassell Park
March 31, 5:18 p.m.
The Milk Studios bookings director is staying put as his home in Glassell Park, where he’s had to hit pause (temporarily) on renting out studio space. Murdock does try to stay in touch with all of Milk’s clients, however. “My main priority is to remain connected to everyone as we all try to understand how and when we will be able to resume work,” he says. 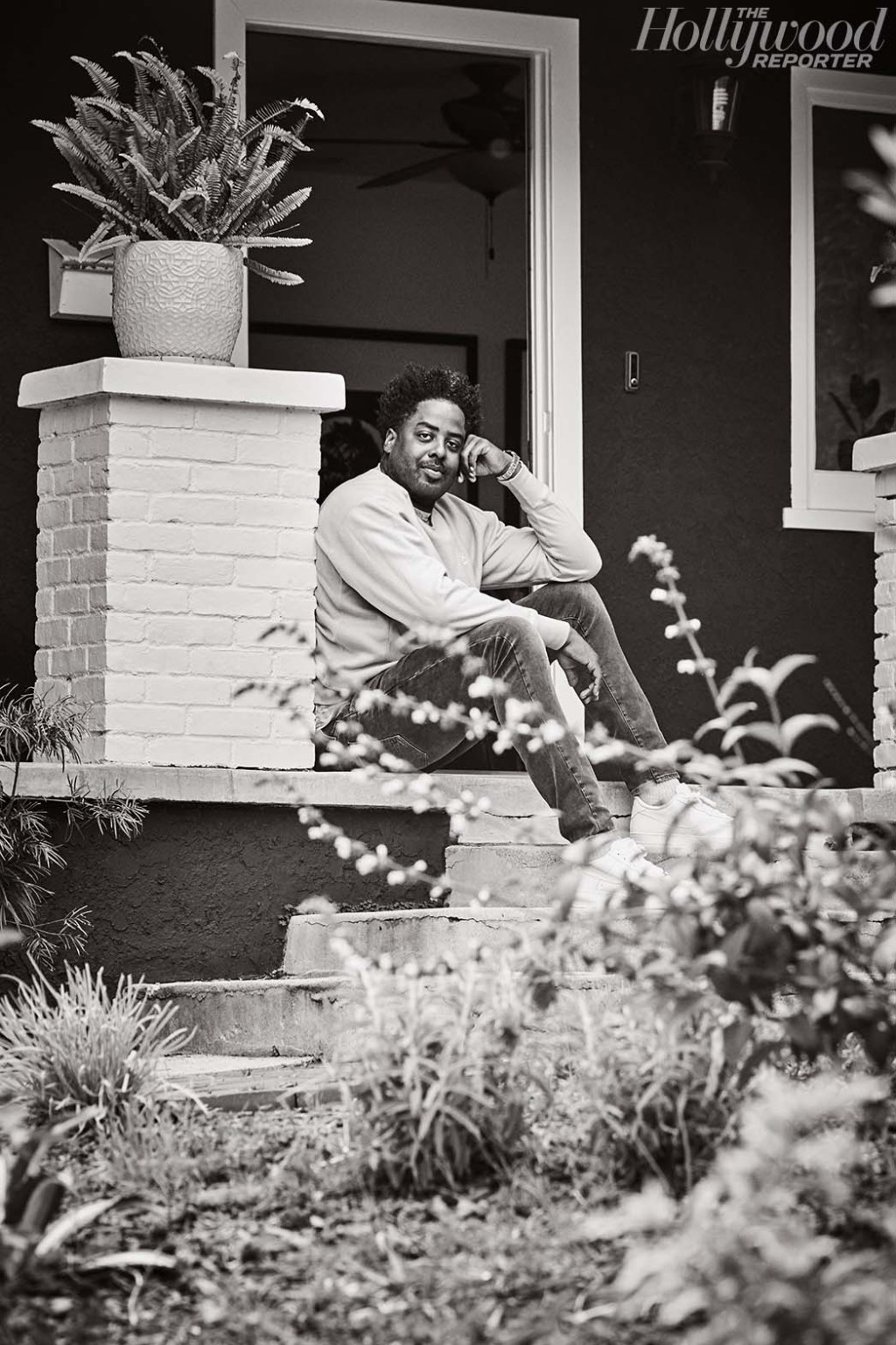 Photographer FRANK OCKENFELS 3 with (from left) BECKETT, COOPER and DIANE OCKENFELS
Tarzana
March 25, 2:02 p.m.
The celebrity photographer isn’t doing a lot of shooting these days. Instead, he’s stayed focused on organizing his archive and working on art, while at home with his wife and children. “The person who is having the hardest time is my wife,” he jokes. “I’m usually gone and my one son is a senior and is always out.” 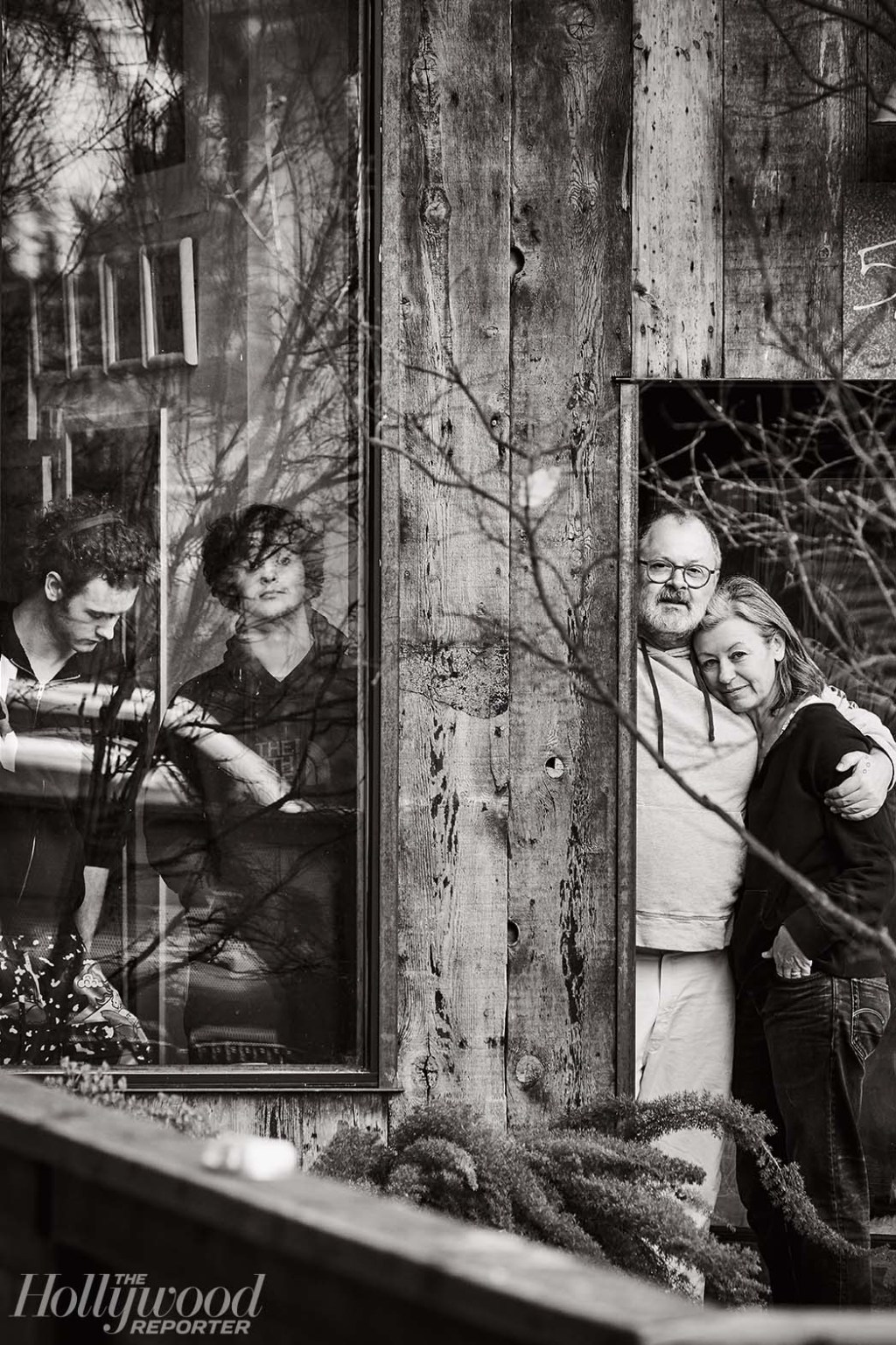 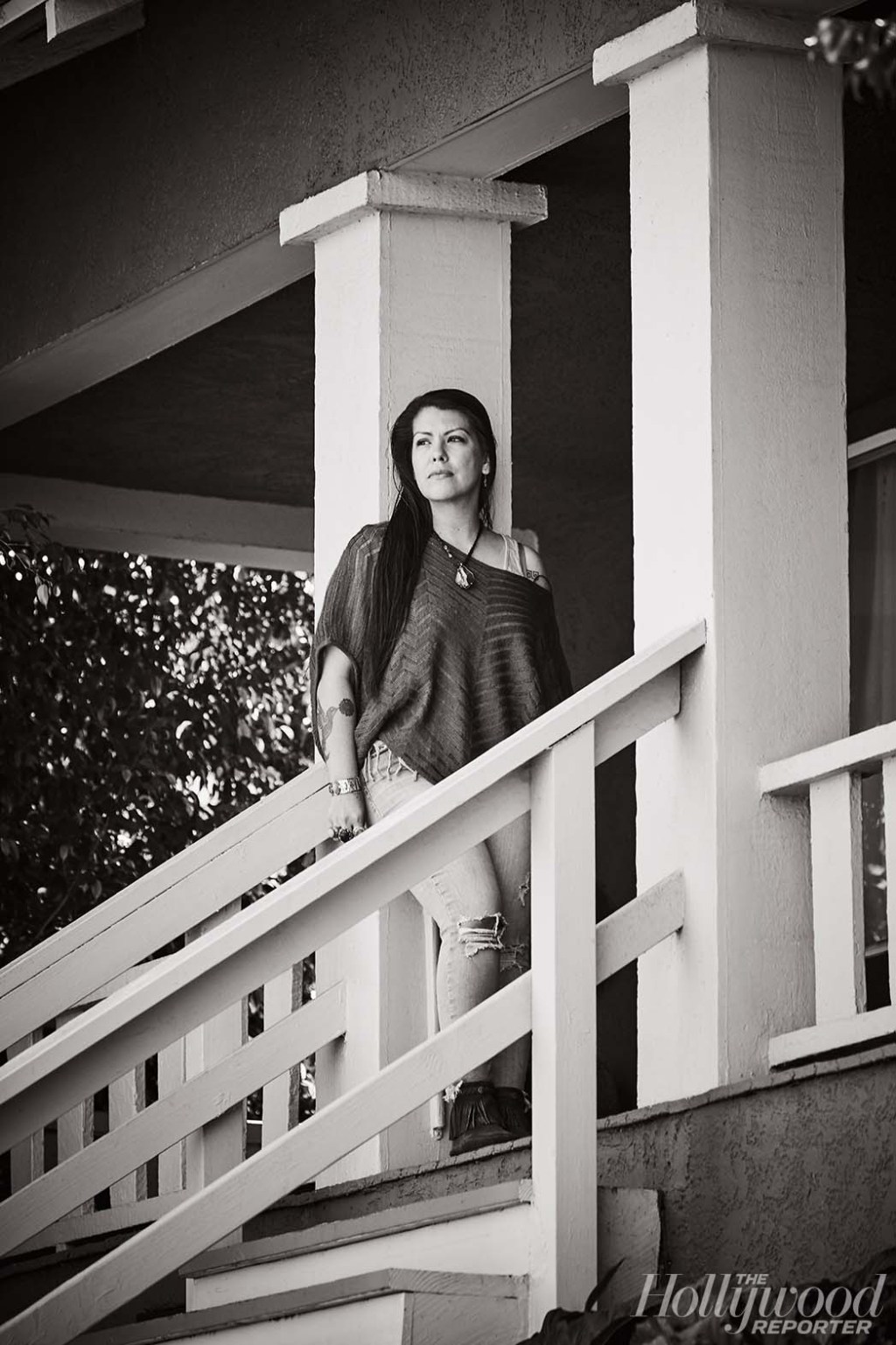 Cinematographer GREIG FRASER with JODIE FRIED and their children
Venice
March 20, 11:03 a.m.
Fraser, who worked on forthcoming films The Batman and Dune, is at home with his wife, Jodie, and their three children. “I’m not working [on my day job] in the slightest way possible,” he says. “Of course the brain is always going, but there is nothing to do! So … I do nothing!” 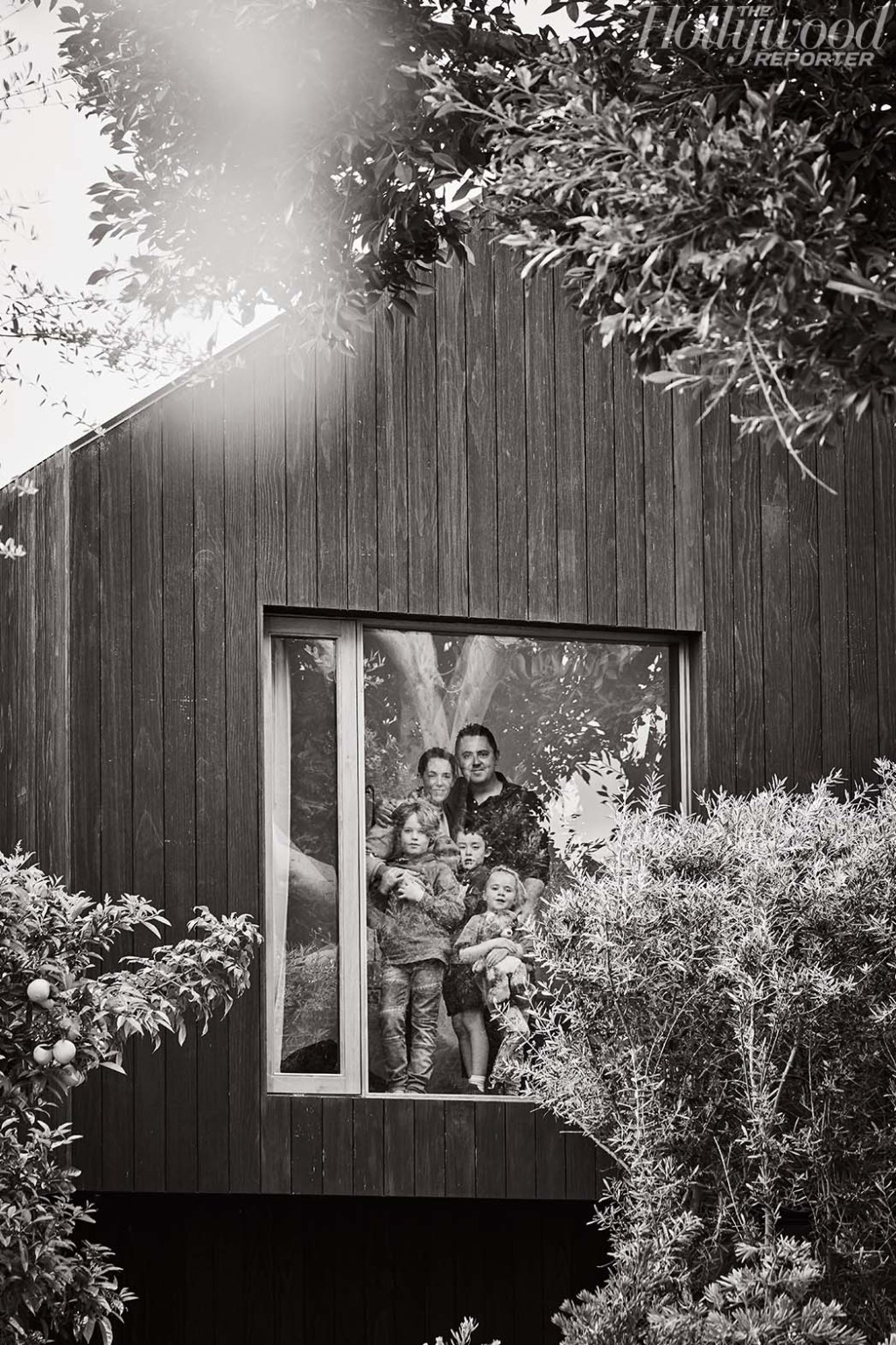 Casting director ANGELA DEMO and screenwriter JUSTIN BRITT-GIBSON with son SYDNEY
Highland Park
April 3, 11:54 a.m.
Demo (Spectacular Now, Me and Earl and the Dying Girl) is at home with writer Britt-Gibson and their son. Describing her new normal, with any casting work she had on hold, Demo says: “Safe, thankful and (mostly) sane with this little human … who will probably be driving by the time this is over.” Britt-Gibson has remained busy writing and developing under his deal at Warner Bros. TV. 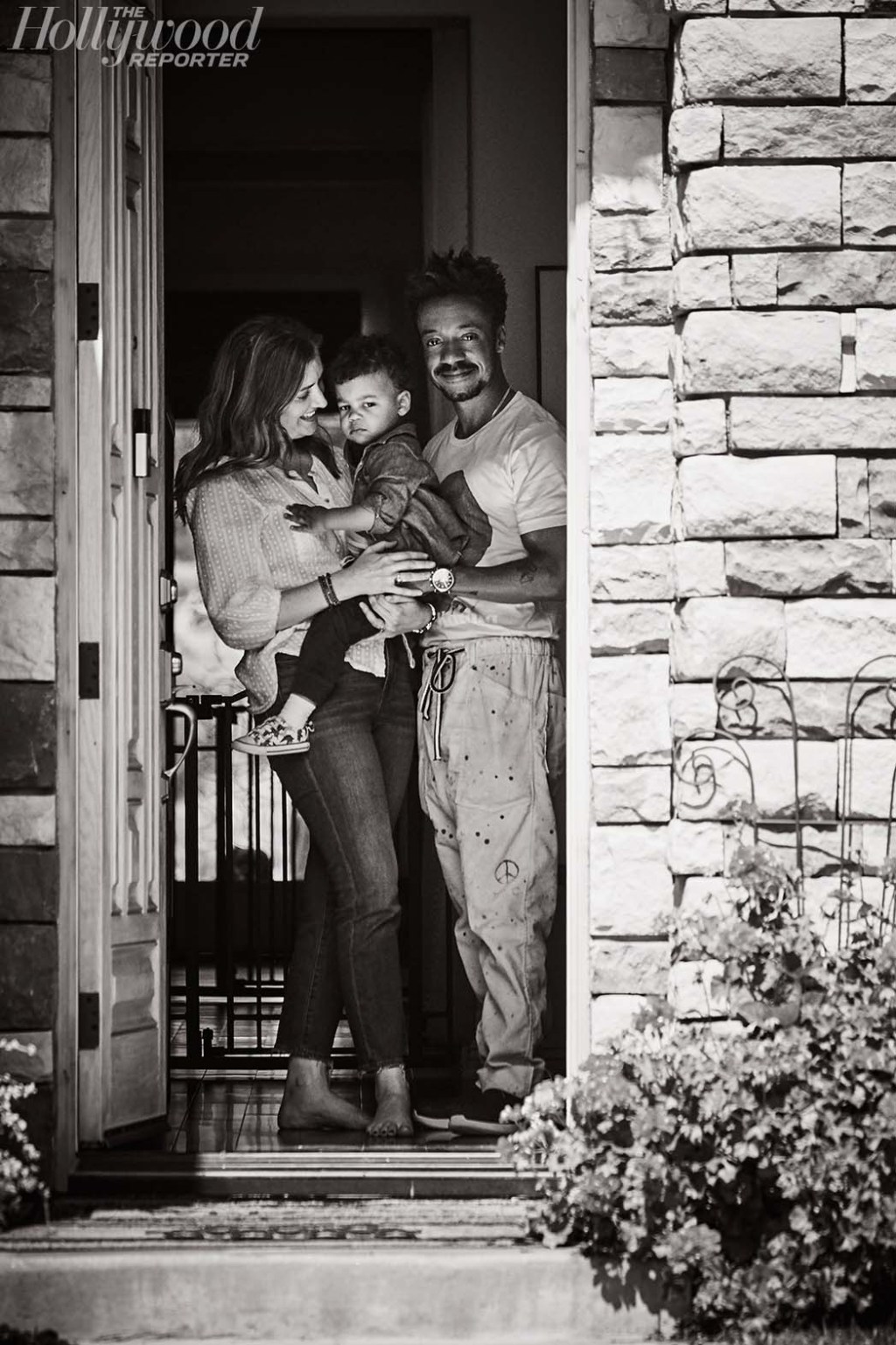 Craft Services Caterer DESMOND SMITH
Inglewood
April 3, 12:52 p.m.
Smith is sheltering in place in Inglewood, where he is adjusting to a new pace. “It takes a bit of getting used to,” he acknowledges, having already lost two shows and no work available at the moment. “But I’m very fortunate and blessed to have the time to rest, reflect, reset and assess moving forward what life will be like after this all settles down.” 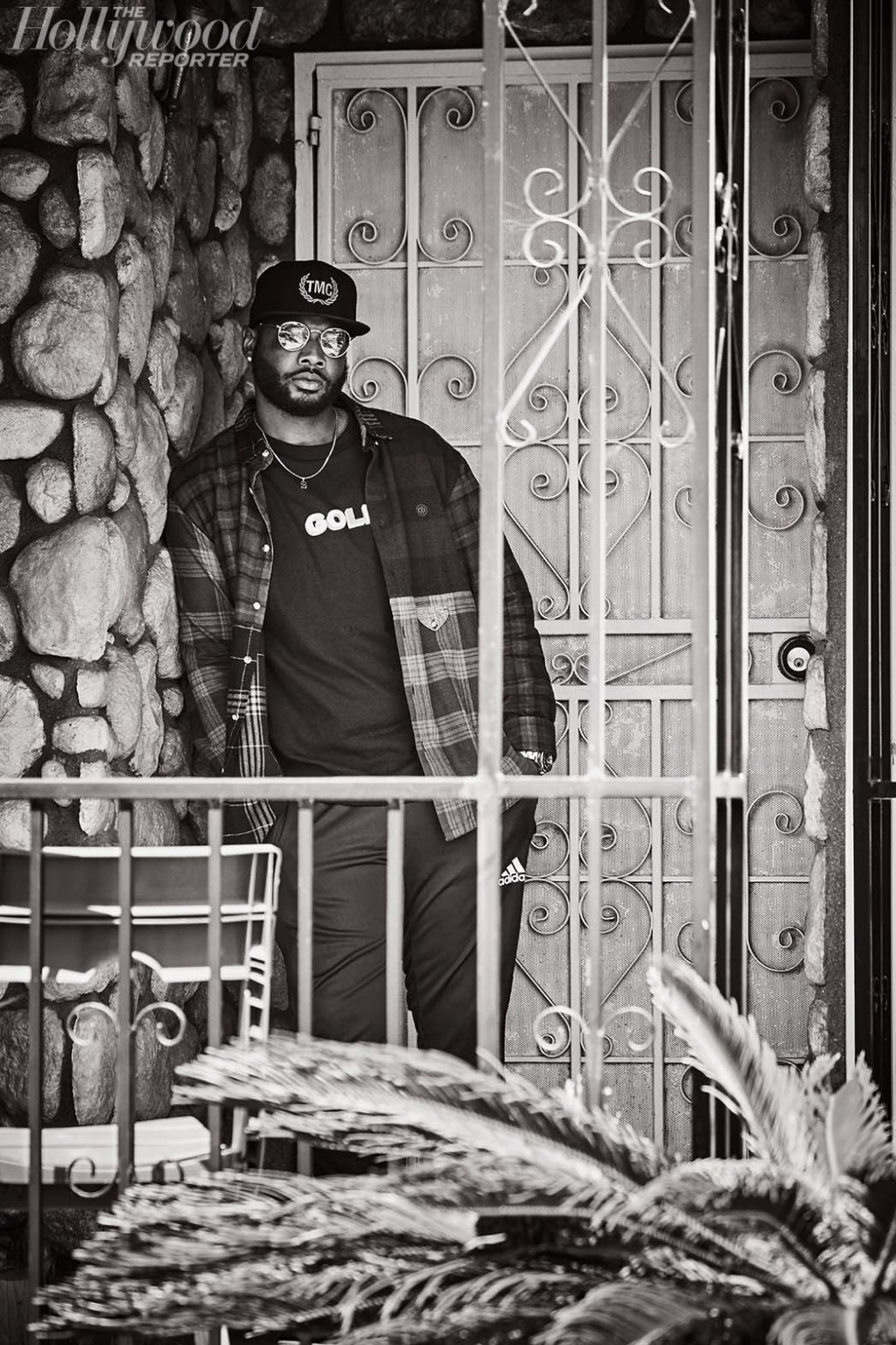 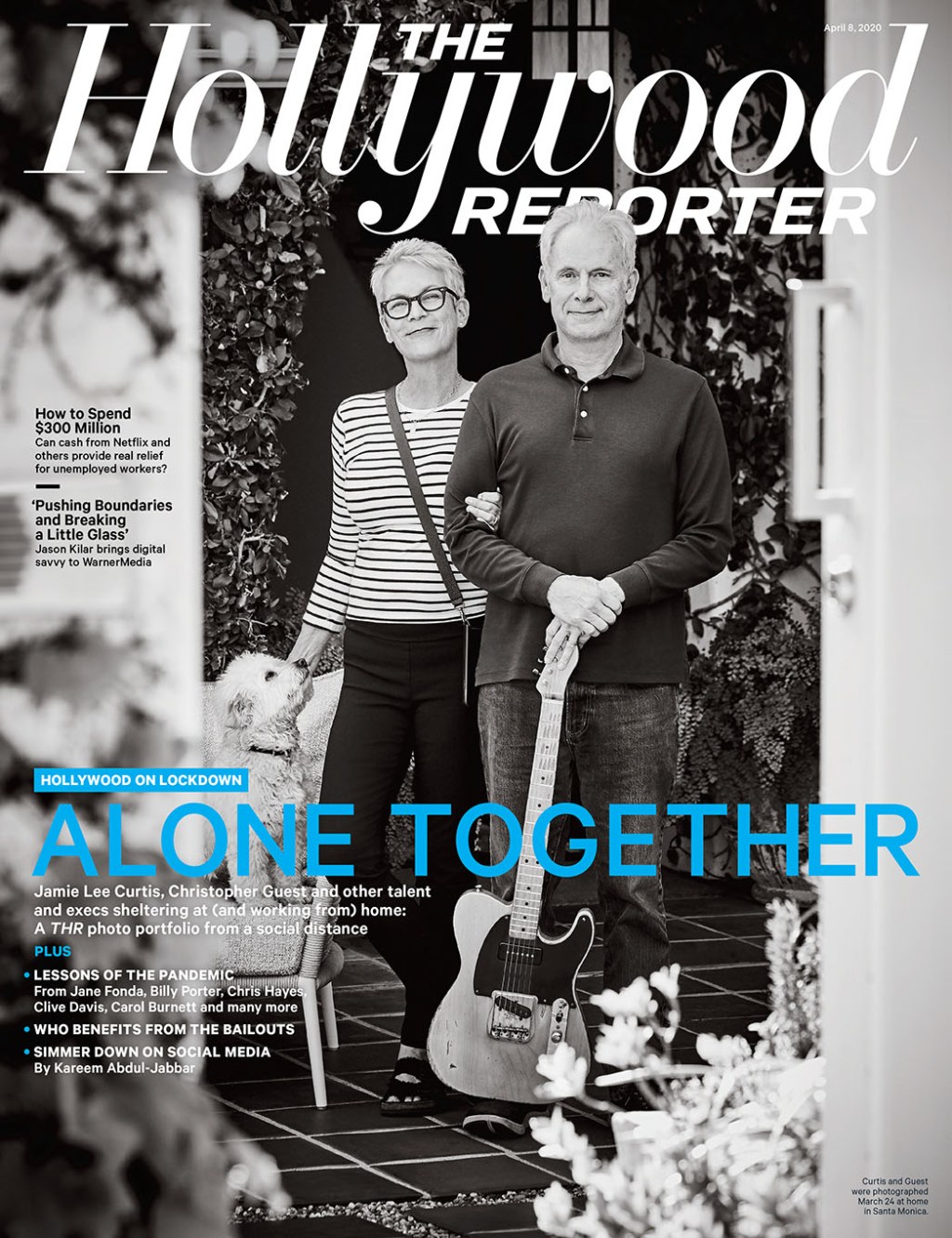