Harvey Weinstein was greeted by a throng of news media when he surrendered May 25 at a lower Manhattan police station on two felony counts of rape and a third felony charge for a criminal sex act.

But legal observers noticed what didn’t greet the once-powerful movie mogul: After a seven-month investigation, Manhattan District Attorney Cy Vance did not have an indictment prepared, which experts say is quite remarkable and perhaps suggests that the DA was feeling pressure from news leaked less than 24 hours earlier — that federal prosecutors were eyeing their own Weinstein case. After all, Vance already had endured criticism for not bringing charges against Weinstein in 2015 despite a damning audio recording of him with model Ambra Battilana Gutierrez. To be usurped by the feds would have meant yet more embarrassment.

Vance’s moves are just one open question as the extraordinary Weinstein sexual abuse scandal heads to the legal phase. Weinstein, 66, was arraigned with a criminal complaint alleging he forced Lucia Evans, an aspiring actress, to perform oral sex in 2004 and raped a second woman at a New York hotel in 2013. Weinstein pleaded not guilty, and his lead attorney, Benjamin Brafman, denied rape claims and called the second accuser, whose name has not been revealed, “someone who he has had a 10-year consensual sexual relationship with.” If the grand jury indicts Weinstein and he is convicted by a jury, he could be sentenced to up to 25 years in prison.

What legal observers are now asking: Will there be a trial? Might there be two trials? And if a trial happens, will the scores of other Weinstein accusers — some quite famous — be allowed on the witness stand to share their own stories of being victimized by a man who was once among the most powerful in entertainment?

Eventually, Weinstein’s lawyers likely will argue that prosecutors haven’t alleged sufficient facts to support the charges, and they’ll make constitutional arguments about denial of due process. Once the New York judge gets through these preliminary matters — and state judges love the attention from celebrity criminal cases — the debate will begin in earnest about the nature and scope of a trial. A courtroom showdown probably won’t come for a year or two (in the meantime, Weinstein posted $1 million in bail and can’t travel outside New York and Connecticut).

Credibility often is what’s tested most in sex-crime cases, and it significantly aids the prosecution when additional victims are allowed to testify about a pattern of misconduct. The Bill Cosby case certainly evidences that. When just one additional accuser was allowed on the witness stand, a jury couldn’t come to a verdict. But during the second Cosby trial, five women — known as “prior bad acts” witnesses — testified that the comedian drugged and assaulted them, and a Pennsylvania jury quickly reached a conclusion of guilt. (The judge’s allowance of these other accusers figures to be the most significant issue in Cosby’s appeal.)

Could something similar happen at a Weinstein trial? Introducing evidence of non-charged crimes “is generally not permissible,” says Mark Bederow, a former prosecutor at the Manhattan DA office who now represents criminal defendants. “However, if there is some basis for it, like establishing a signature type crime, prosecutors will try. I suppose when it comes to Weinstein, they will argue a ‘casting couch’ scenario. The defense will oppose this vigorously, and if they lose, their task becomes Herculean. It’s always a balancing act between relevance and prejudice.”

“Casting couch” refers to a demand for sexual favors by a person in power. After Weinstein was charged, Brafman told the media that his client did not “invent the casting couch in Hollywood,” a remark that was ridiculed by observers but could in fact be a key thesis in Weinstein’s attempt to argue consensual sex and foreclose others from testifying about a signature crime. (Actress Paz de La Huerta already told The New Yorker she’d be willing to testify. The Manhattan DA currently is inviting those with evidence against Weinstein to come forward.) Brafman has also claimed his client had a “10-year consensual sexual relationship” with the unnamed rape accuser in a remark that appears to prime the argument that Weinstein couldn’t have intended to commit sexual assault. Criminal intent is a key element that prosecutors will need to establish in order to convict, though of course being in a relationship even if true hardly establishes consent.

At the moment, prosecutors have kept their evidence against Weinstein pretty close to vest. The criminal complaint alleged the when and where, but didn’t go into much detail about what police have been told and what they’ve collected in order to support charges. Even in the absence of testimony from other Weinstein accusers, it’s easy to imagine that police have investigated Weinstein’s knowledge of wrongdoing including how he attempted to impede journalists who aimed to shine a spotlight on his misbehavior. Weinstein, of course, won’t have to testify himself, but his public apologies in the wake of exposes will also likely come up. As best he can, Brafman will attempt to narrow the scope of evidence by arguing that any other accusations are irrelevant for the purpose of weighing the charged crimes.

Prosecutors also will have one advantage that those who pursued Cosby didn’t. There are two women whose allegations are the basis of charges — and more could be added — which leads Bederow to suggest that “we could see the defense attempt to sever the charges,” nodding to a move that might result in two trials — one for Evans and another for the anonymous alleged victim. Weinstein’s goal in doing this would be to avoid having each of the women support the credibility of the other.

Other attorneys, though, don’t expect severance to happen because judges tend to appreciate judicial economy. The “high likelihood” of testimony from multiple accusers leads Pace Law School professor Bennett Gershman to conclude that this will be an extremely tough defense for Weinstein and his attorneys. He expects Brafman to buy time and then seek a plea bargain. If, for example, Weinstein pleads guilty to third-degree rape, he’d face just four years in prison, plus probation and having to register as a sex offender.

“I absolutely think this is going to end up in a plea deal because I don’t see the defense as having much shot at being successful,” Gershman says.

Prosecutors have yet to lay out what evidence they have against Weinstein, and a spokesperson for the New York D.A.’s office declined comment on why Weinstein wasn’t indicted at the time of the arrest. (Criminal complaints without indictment aren’t totally unheard of, though often the rush occurs when prosecutors see the possibility of a flight risk. Here, Weinstein’s surrender was negotiated, and as stated, happened after a fairly lengthy investigation.)

Nevertheless, even those who are less certain of the strength of the case think a plea could happen. Toni Messina, a New York criminal defense attorney, points to how prosecutors gave themselves maneuverability by charging Weinstein with two Class B felonies — including one for rape by forcible compulsion — and a lesser Class E felony for rape by lack of consent. “As Brafman learns more about the allegations, he could take a plea to the lesser charge and get rid of the top one,” she says.

The Cosby case showed that it is indeed possible to secure conviction for something that happened more than a decade ago, so long as public appetite is strong and multiple accusers are allowed to testify. For Vance, his hesitation in bringing a case even as the NYPD publicly agitated for one may reveal some lack of confidence on his part (critics believe campaign donations from Weinstein lawyer David Boies also were a factor). If the reputation-minded DA wants a “win,” he might see one in merely getting Weinstein to fess up to anything that lands him in prison for years.

Although legal experts won’t be surprised by a plea bargain that heads off a trial, never count out Weinstein for one last production. As Messina puts it, Vance might decide he needs Weinstein to stand trial as the “poster boy” for why no perpetrator should expect to get away with rape in his jurisdiction.

The Legal Battles Waiting In the Wings 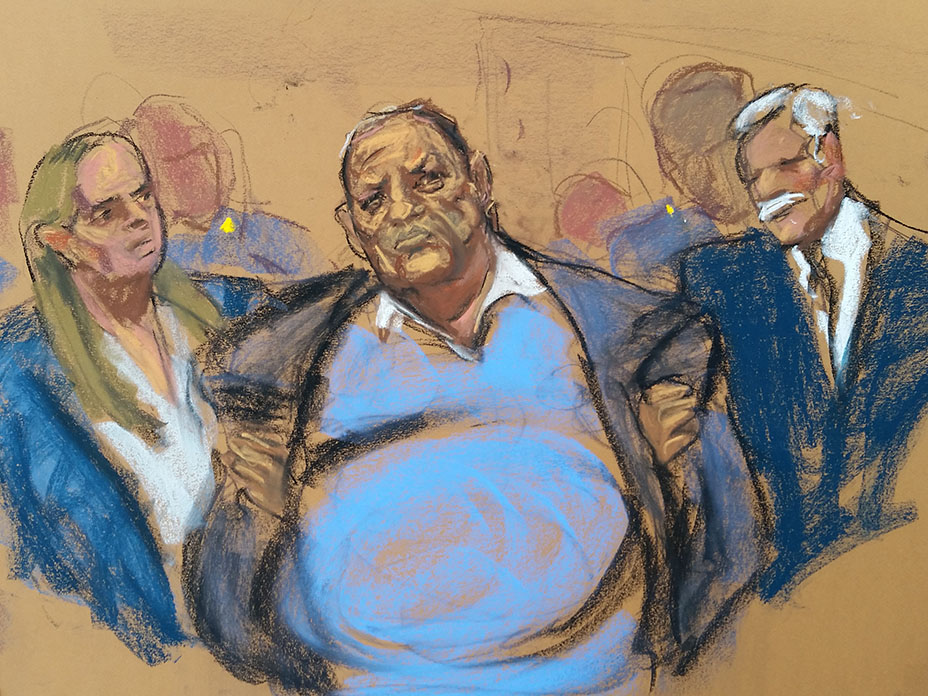 Now that Harvey Weinstein’s freedom is at stake in a criminal case, the embattled movie mogul could soon attempt to bring civil litigation against him to a halt. Weinstein currently is facing more than a dozen lawsuits.

Among them: New York state is suing him over an alleged pattern of sexual discrimination and harassment; actress Ashley Judd asserts that her career was tarnished after she rejected his sexual requests and Weinstein bad-mouthed her to The Lord of the Rings director Peter Jackson; Alexandra Canosa, a producer on the Netflix series Marco Polo, has filed suit, charging?Weinstein repeatedly raped her; an attempted class-action initiated by six women accuses him of wide-ranging sexual misconduct;?and actress Kadian Noble alleges his behavior runs afoul of statutes prohibiting sex?trafficking.

Given that those plaintiffs will want to depose him, Weinstein could invoke his Fifth Amendment right against self-incrimination and seek a stay on many of those lawsuits to allow the criminal case to move forward?first.

But Weinstein might not want all civil litigation put on hold. He’s also in court against insurance companies who are now refusing to foot the considerable expense for his defense. 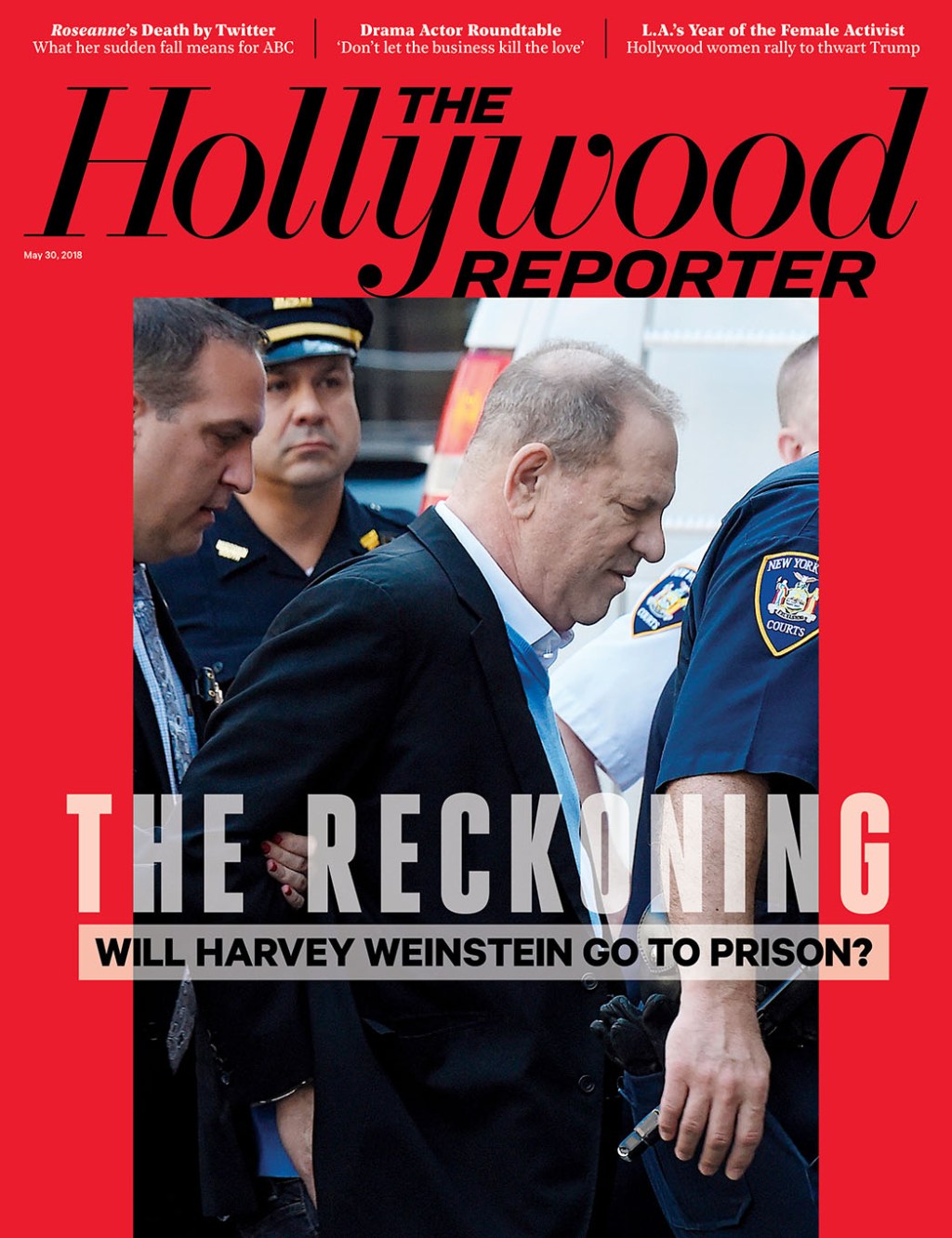 This story also appears in the May 30 issue of The Hollywood Reporter magazine. To receive the magazine, click here to subscribe.