When Richard Gere walked the red carpet at the Academy Awards in 1993, there was no way he could have known that the night would have repercussions for his career more than 20 years later. Invited to present the award for best art direction, he skipped the scripted patter to protest China’s occupation of Tibet and its “horrendous, horrendous human rights situation.” The late Gil Cates, the show’s producer, was furious, calling the political speeches at that year’s awards show —Susan Sarandon and Tim Robbins also went off script to speak on behalf of Haitian refugees — “distasteful and dishonest” and vowing to ban all three from future Oscars broadcasts.

Why Oldenburg Is the Most Indie of All Independent Film Festivals

Undaunted, Gere, a long-standing friend of Tibet’s exiled leader, the Dalai Lama, didn’t stop speaking out. In 2008, he called for a boycott of the Beijing Olympics, and he continues to support the cause through his two foundations, the Washington-based International Campaign for Tibet and The Gere Foundation in New York. Not surprisingly, he has been banned for life from China.

But now that Hollywood is cozying up ever closer to the authoritarian superpower, and studios are careful not to offend the government that oversees what has become the world’s second-biggest box-office market, the star also is paying a price. “There are definitely movies that I can’t be in because the Chinese will say, ‘Not with him,’ ” he acknowledges matter-of-factly. “I recently had an episode where someone said they could not finance a film with me because it would upset the Chinese.”

Despite the fact that Gere, now 67, was once one of the most sought-after leading men of his generation, he hasn’t made a full-fledged studio movie in nearly a decade — not since 2008’s Warner Bros./Village Roadshow romance Nights in Rodanthe. The film industry might pride itself on promoting free speech (this year’s awards season offered a number of anti-Trump speeches that far eclipsed Gere’s ’93 criticism of the Chinese), but China remains Hollywood’s third rail. At a time when there’s no shortage of actors in their 60s — including Tom Hanks, Denzel Washington, Liam Neeson, Sylvester Stallone and even Mel Gibson — being courted for studio films, Gere must stick to indie fare. He currently has two small features coming out within the span of three weeks: He plays the titular antihero in Sony Pictures Classics’ Norman (which opened April 14) and a congressman bracing for scandal in The Orchard’s The Dinner (May 5). But with Gere earning some of the best reviews of his career in recent years, particularly with Norman (The New York Times gushed that he “has never been better,” while Rolling Stone says he “tones down his star charisma and hits a new career peak as a Jewish fixer on the ropes”), it’s clear that the actor’s exclusion is to Hollywood’s detriment.

Wearing a blue linen open-collared shirt, simple black pants and a Tibetan prayer bead bracelet on his left wrist, Gere settles into a plush chair at the Mark Restaurant in New York. He typically orders green tea. But feeling the need for extra caffeine on this blustery late-March afternoon, he opts for Earl Grey. Interviews are, for him, a necessary annoyance of the job (“I will be intimate up to a certain point. I know what that is at this point that I’m comfortable with,” he says). He still exhibits much of the same confidence and mystique on display during his breakout star turn in 1980’s American Gigolo. Splitting his time between a Gramercy Park apartment and a home in Bedford, N.Y., he delights in the season, saying, “This is the best part of New York. Spring. It warms up. Flowers open up. [Women] wear little skirts, and it gets really fun. New York in the spring is complete madness.” 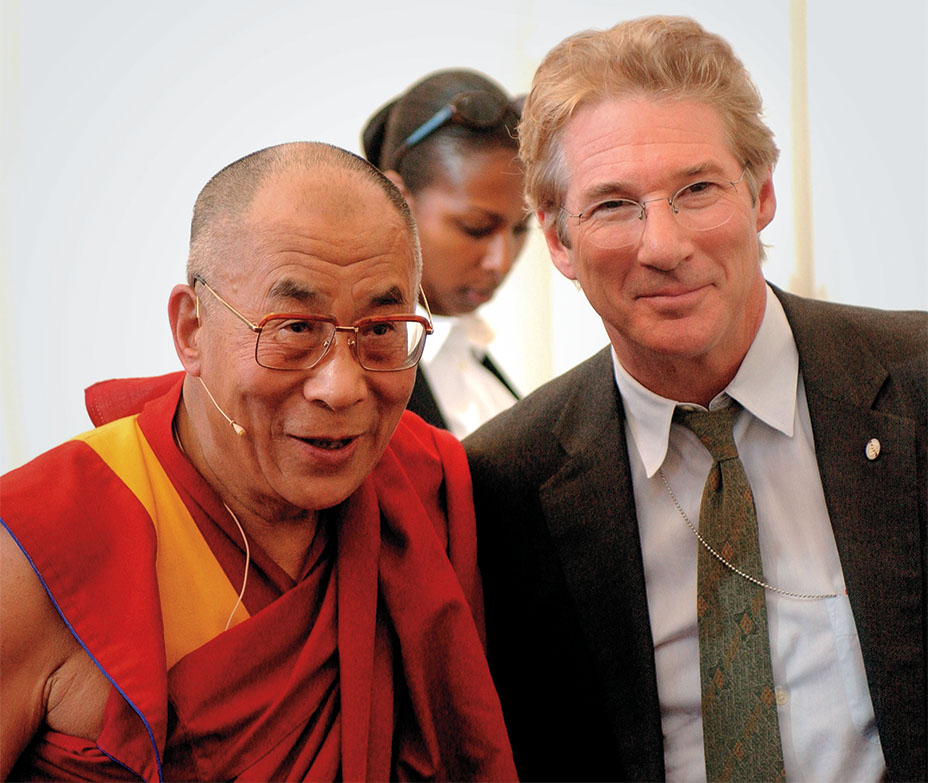 But as the conversation turns to his career, he tells a chilling story about being ousted from an independently financed, non-studio film that never even aimed for a Chinese release. “There was something I was going to do with a Chinese director, and two weeks before we were going to shoot, he called saying, ‘Sorry, I can’t do it,'” confides Gere. “We had a secret phone call on a protected line. If I had worked with this director, he, his family would never have been allowed to leave the country ever again, and he would never work.”

By comparison, that old Academy ban seemed trivial. “I didn’t have to put on a tuxedo again. I was fine with that,” he shrugs. But Sarandon, who has starred opposite Gere in Arbitrage and Shall We Dance and was once his neighbor in New York, says there is a double standard at play. “It doesn’t matter if you’re outspoken about Trump, because Hollywood hates Trump,” she says. “But it was brave of Richard to say what he said. He was drawing attention to the things that everyone has agreed not to pay attention to. That’s the sin.” 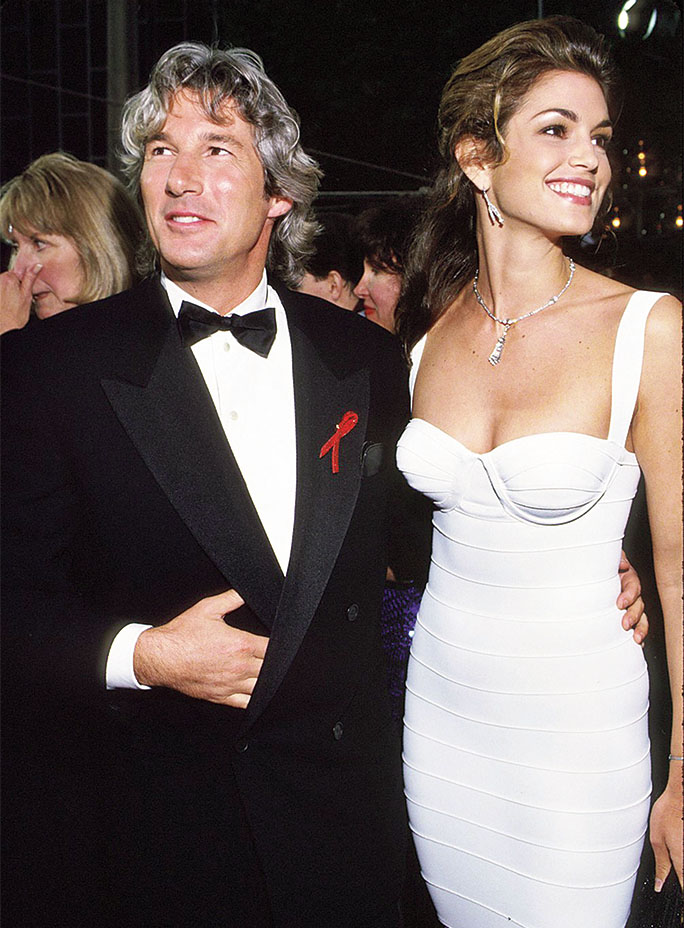 The full implications didn’t become clear until a few years later when Gere starred in Jon Avnet’s 1997 thriller Red Corner as an American businessman in China wrongfully accused of murder. “Everyone was happy with the film,” Gere relates. “I get calls from the heads of the studio. Went on Oprah. Then, out of nowhere, I get calls saying, ‘We don’t want you doing press.’ MGM wanted to make an overall deal with the Chinese. China told them, ‘If you release this film, we’re not buying it.’ And so, they dumped it.”

But so what if he’s not being given parts in studio blockbusters? “I’m not interested in playing the wizened Jedi in your tentpole,” he says. “I was successful enough in the last three decades that I can afford to do these [smaller films] now.” Indeed, Gere is plenty rich enough to eschew Hollywood. In its coverage of the protracted divorce proceedings between Gere and his second wife, actress Carey Lowell, with whom he shares a teenage son, the New York Post estimated his worth at $250 million.

These days, Gere, reported to be dating 34-year-old Spanish socialite and activist Alejandra Silva, has found his niche working on such indie films as Nicholas Jarecki’s 2012 financial thriller Arbitrage, the most successful day-and-date VOD release ever. He also has found a regular collaborator in writer-director Oren Moverman, who produced Norman and wrote and directed The Dinner. “I just fell in love with the way he thinks and feels, the way he relates to the world,” says Moverman. “We’ve hit a stride.”

Norman, in which Gere plays a New York political hustler caught in the middle of an Israeli bribery scandal involving the prime minister, was almost entirely financed with Israeli money, including government funds (Moverman and Norman director Joseph Cedar are both Israeli). The financing is noteworthy considering the actor has been critical of Israel’s government while doing humanitarian work in the Middle East. Though it won’t endanger his career, Gere holds strong views on the Israeli settlements. “Clearly it’s illegal by international law. And most likely even by Israeli law,” he says. “Now if you actually say that out loud in Israel, you’re a traitor.”

But Gere isn’t one to filter himself, even if that means he’s working outside of the mainstream glare. Nevertheless, his indie success is an unexpected twist of fate for the actor, whose career skyrocketed after Gigolo, with a two-decade run at the top of studios’ wish lists and memorable turns in An Officer and a Gentleman, Pretty Woman, Primal Fear and Runaway Bride. Onscreen, he may have been a smoldering sex symbol, but offscreen, he set that aside, searching for something deeper. Diane Lane, who starred with him in three films, from The Cotton Club to Rodanthe, recalls “sitting and meditating with him when I was a really young woman, and it was very sweet. It peeled away all the layers of race, gender, age, socioeconomic whatever. He’s a very straightforward soul.”

When prodded about some of his more iconic roles, Gere doesn’t linger on past films (“Honey, I’ve been asked these questions since I started doing interviews”). On Pretty Woman, he offers: “Gary Marshall was a Svengali. The cast was just right. Julia [Roberts] was magic. it just happened. It was one of those alchemical things that cannot be repeated or manufactured.” As for why movies are far less sexy than they used to be, he chalks it up to the ‘80s being a more permissive era. “I was doing things in Gigolo and even Officer and a Gentlemen, and it was pretty sexy,” he says. “I suppose all of us were highly influenced by European film. It was much freer. And we felt like, we’re out there in the wilds in Hollywood.” 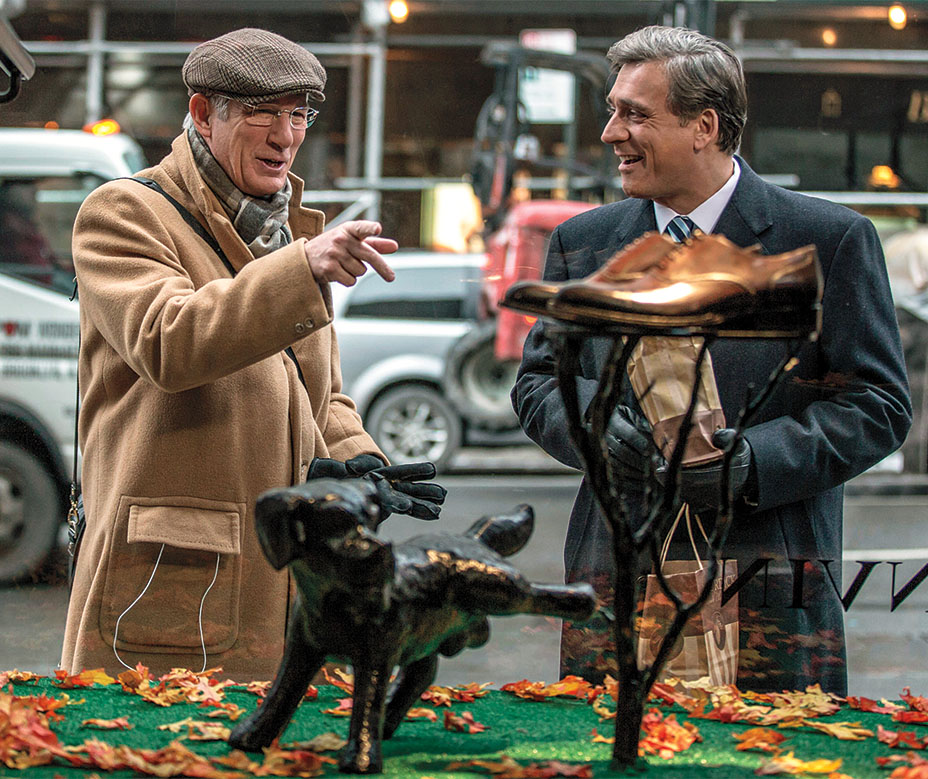 Gere, who has never been nominated for an Oscar — not even for 2002’s Chicago, for which he nabbed a Golden Globe — does admit that that one particular snub did bother him. “We were in a hotel in Paris,” he remembers. “Everyone had a radio on for the nominations. You could hear the whoas. Like this one got nominated. ‘Whoa!’ The next one. ‘Yay!’ Then silence. There certainly was a moment there of ‘Oh.'”

Perhaps Norman will offer the actor a shot at redemption. Sony Pictures Classics plans to run an awards-season campaign for Gere, who only recently became an Academy member.

In the meantime, he may be persona non grata at the Hollywood majors thanks to China, but he’s philosophical about it: “The studios are interested in the possibility of making huge profits. But I’m still making the same films that I was making when I started. Small, interesting, character?driven and narrative?driven stories. It hasn’t impacted my life at all.”