When Florence Pugh was 7, the actress’ mother told her that she was pregnant with another child. Pugh, who had been the youngest of three siblings up to that point and relished the privileges that came with that status, was livid.

“I opened the sliding door, picked up a stick and just smashed it on the floor,” says Pugh, 24, recalling the moment from her Oxford, England, upbringing. “I didn’t know how to deal with that information.”

It’s the kind of reaction you might expect to see from Amy March, the youngest sister in Louisa May Alcott’s Little Women and arguably American literature’s all-time greatest brat. Pugh plays Amy in Greta Gerwig’s latest version of Alcott’s 150-year-old novel about the four March sisters, infusing the character with new nuance and vivacity. “I’m always in love with cheeky kids,” Pugh says. “Every single film that has a brat in it, I’m like, ‘That would have been so fun to play.’ But it was so exciting to go through the book and realize that actually this woman is so intelligent, and she’s realistic. She has a brain on her.”

It’s a November morning and Pugh, self-assured and twinkly eyed, wearing deliberately mismatched earrings, is recharging over breakfast at the Chateau Marmont after an exhausting and exhilarating phase of work. Amy March is one of three remarkably different roles the actress played in 2019 — she was also scrappy pro wrestler Paige in Fighting With My Family and howling, grief-stricken Dani in Midsommar, each performance drawing on Pugh’s athleticism, defiance and undeniable charm. In 2020 she’ll join the Marvel Cinematic Universe in Black Widow, playing a sister figure to Scarlett Johansson’s title character.

During Pugh’s first meeting with Gerwig and producer Amy Pascal at the latter’s house, Gerwig made the case to the actress that this adaptation would be the one to redeem Amy March, who has been despised by generations of readers for her petty jealousies and little-sisterly interference. “Greta said, ‘I just feel like everybody hates Amy, and they don’t know why they hate Amy,’ ” Pugh says. ” ‘They also don’t know why they actually love her. I feel like this is her time to explain herself.’ “

Gerwig had seen Pugh playing the insubordinate young lady of the house in Lady Macbeth (2017) and had a hunch that this was her Amy, an actress who could carry off the character’s ambition and shrewdness in a fresh and sympathetic way. At their first meeting, Gerwig says, “I was struck by her confidence, solidness in her own person and her own art. She’s so young, but she’s also so incredibly sure in her skin. Not to mention, she’s wildly talented.” Gerwig then had to make the case to Sony for casting Pugh. The star-packed Little Women cast includes Saoirse Ronan, Meryl Streep, Timothée Chalamet and Laura Dern, but Gerwig’s script treats Little Women in many ways as a two-hander, with Ronan’s determinedly independent Jo battling and reconciling with Pugh’s Amy; the success of the film would depend on these two actresses being evenly matched in charisma and strength. “I had her put herself on tape so that I could prove to everyone at the studio that she was who I knew her to be: a stone-cold movie star as well as a top-notch actress,” Gerwig says. “The tape she delivered was essentially the performance she gave as Amy. She had figured it out entirely.” 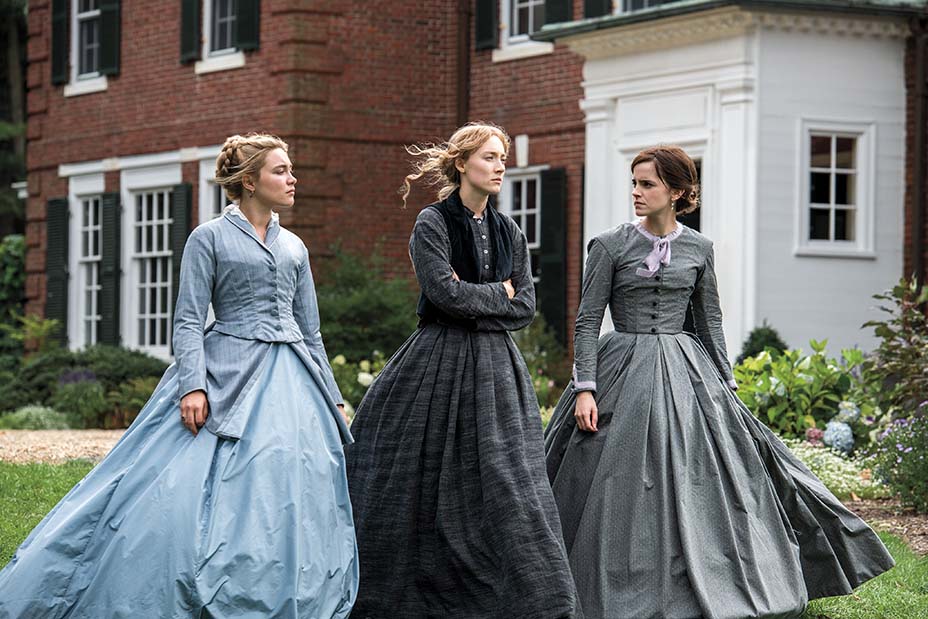 In a key scene with Chalamet, Pugh’s lines communicate the movie’s central theme — that as a woman in the Victorian age, her prospects for financial independence are scant. “Don’t sit there and tell me that marriage isn’t an economic proposition, because it is,” she says. While shooting on location in Massachusetts, Pugh occasionally had to draw on other talents, as when Amy falls into a frozen pond while ice skating. Over a period of days, Pugh would submerge herself repeatedly in a tank set inside a freezing pond, kept just a few degrees warmer than the December air to avoid steam ruining the shot; when Gerwig called “Cut,” Pugh would be rushed into a hot bath out of frame. “I love getting dirty and I love getting cold,” Pugh says. “It only helps your performance, anything that’s physical. I can’t stand faking things. I love being able to do stuff. Being able is so important. When someone comes up to you and says, ‘Hey, can we shoot you getting out of a water tank 15 times while still wearing wet clothes?’ you can go, ‘Yeah, I can do that. I can do that, because I’m able and I’m strong.’ “

Pugh got plenty of experience with discomfort while making Midsommar, Ari Aster’s breakup horror movie, set amid a pagan cult in Sweden. The film begins with Pugh’s character, Dani, suffering a huge loss and reacting with an almost animalistic sorrow. Pugh, who finds it difficult to cry on cue or even in front of other people at all, was anxious about filming the scene, which was scheduled for the last week of shooting. “When I read Midsommar, the whole point of Dani is that she’s suffering with this tremendous amount of grief and anxiety, and I have never come close to any grief like that at all,” Pugh says. “So, when I was reading it, as exciting as the script looked, I was very aware that I would have to be in pain like she was. The only way that I got myself there, to get that grunt and that emptiness, was just imagining every single person in my family in a coffin. I’m sure lots of people can do it other ways, but I had to put myself through it. I don’t think I’ll be doing it again anytime soon. I definitely left that job feeling a little bit sad.” After the intensity of shooting each day, including scenes in which she wore an immense tent of flowers in the hot summer sun on location in Hungary, Pugh says she would recover in the evenings with a half a Lindt bar and a bloody mary. 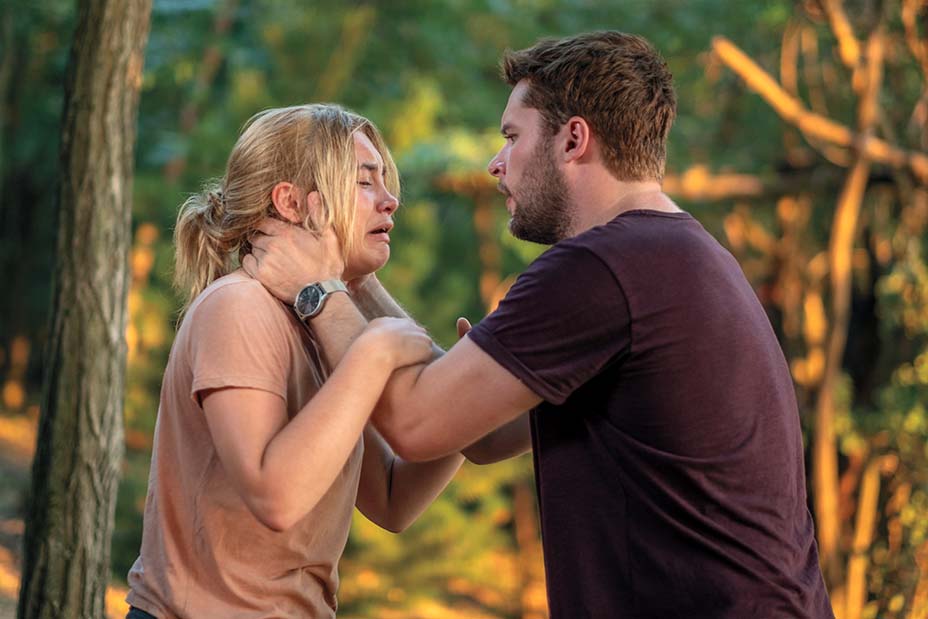 Pugh’s father is a restaurateur and her mother a dancer, and she has been acting in plays since she was 6 or 7. Her older brother, Toby Sebastian, appeared on Game of Thrones, and her older sister, Arabella Gibbins, is a stage actress. As a child, Pugh had trouble with a collapsed airway and asthma, and her parents moved to Spain for three years in hopes that the warmer weather would help — she attributes her distinctive raspy voice to the condition. Early on, she says, her mother gave her a lesson in professionalism when Pugh confessed that she hadn’t yet learned her lines for a play. “She sat me down, and she was like, ‘I know you’re only 7, and I know this is your first play, but when you do a play, you’re committing to something. When you go onstage, you know what your lines are. And you are essentially giving yourself to a performance. So, don’t be sloppy.’ It wasn’t in any way harsh or mean. She was just saying, as a performer, if you’re saying that you’re going to be this part, you’re making people rely on you, and you have to take it seriously. That has stuck with me my entire life.”

Pugh got her start in the industry at age 17 in the British coming-of-age drama The Falling and quickly emerged as a major up-and-coming performer in Lady Macbeth and the British miniseries The Little Drummer Girl, in which she plays an actress sucked into an espionage career. 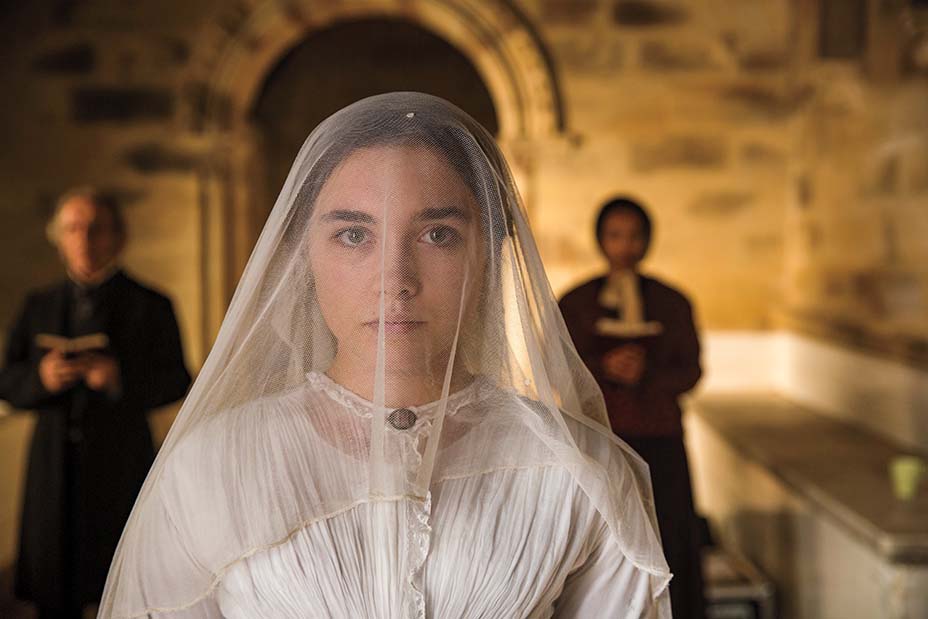 In Black Widow, which opens May 1, she’ll meet her biggest audience yet as part of the Marvel machine. But Pugh describes the movie, directed by Cate Shortland, as distinct in tone from the comic book films that have come before it. “We all knew that we were doing something quite special and unique and something that hasn’t really been done in the Marvel films before,” Pugh says. “Essentially it’s about these two girls repairing themselves. These girls have been through a huge amount of hurt, and it’s them getting together and trying to fix each other up. If you think about all those films, and you think about all those supposed superheroes, when do you see pain and when do you see what it takes to be that?”

Since Black Widow wrapped production in October, Pugh says she has been on a deliberate hiatus. “I am taking a break,” she says. “I’m aware that I’ve been going for about four years now. I’ve been saying I need to just chill for a second for about two years, but I’m so bad, because I will hear that something’s going around, and I’m like, ‘Oh my God. I need to do Midsommar.’ Then they’re like, ‘But Florence, you said you wanted to have a break.’ So that’s my fault. But I am going to try and just rest for a second.”