“We have a few rules here,” says the puppeteer crouched under the counter. “Always deodorant, never onions.”

Her name is Carmen Osbahr and normally she operates Rosita, Sesame Street’s Latina Muppet. Right now, though, she’s squeezed into a cupboard along with four of her colleagues on the show’s Queens, New York, set, where they’re about to shoot a bit in which Elmo and Big Bird wander into Hooper’s Store looking for snacks. A few minutes earlier, a stagehand with a circular saw sliced a half-moon chunk out of the wooden surface so Osbahr and her fellow puppeteers could reach up and manipulate a crate full of talking fruit — an apple, peach, pineapple, banana and orange — while doing their best not to elbow each other in the eye or stick armpits in each other’s noses.

Many things have changed on Sesame Street over its remarkable 50-year run — like, say, the fact that viewers now have to pay HBO to watch new episodes when they’re first released — but this is not one of them. They still operate Muppets the old-fashioned way, with a human hand shoved up a felt hole.

There are a few TV shows that have been on the air longer — Meet the Press, Doctor Who, The Tonight Show — but none has made a bigger impact, or at least taught as many people the alphabet. Sesame Street didn’t merely revolutionize children’s television; it changed perceptions of what the medium was capable of and, along the way, gave PBS its biggest, most enduring hit, a show that today reaches 150 million children across the globe.

“I didn’t know anything about it when they asked me to be on,” recalls Carol Burnett, who appeared on Sesame Street‘s very first broadcast Nov. 10, 1969. “All I knew was that Jim Henson was involved and I thought he was a genius — I’d have gone skydiving with him if he’d asked. But it was a marvelous show. I kept going back for more. I think one time I was an asparagus.” 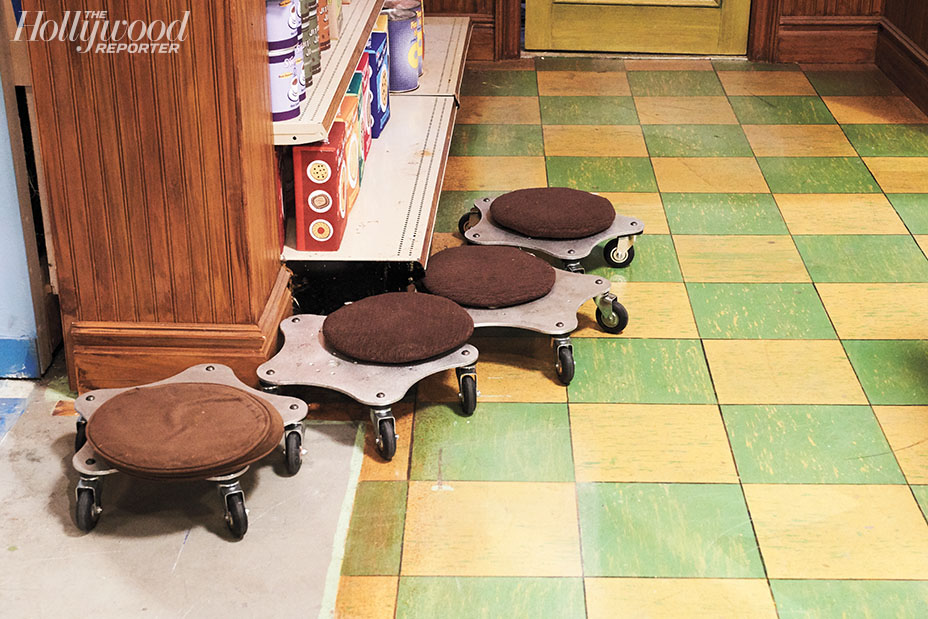 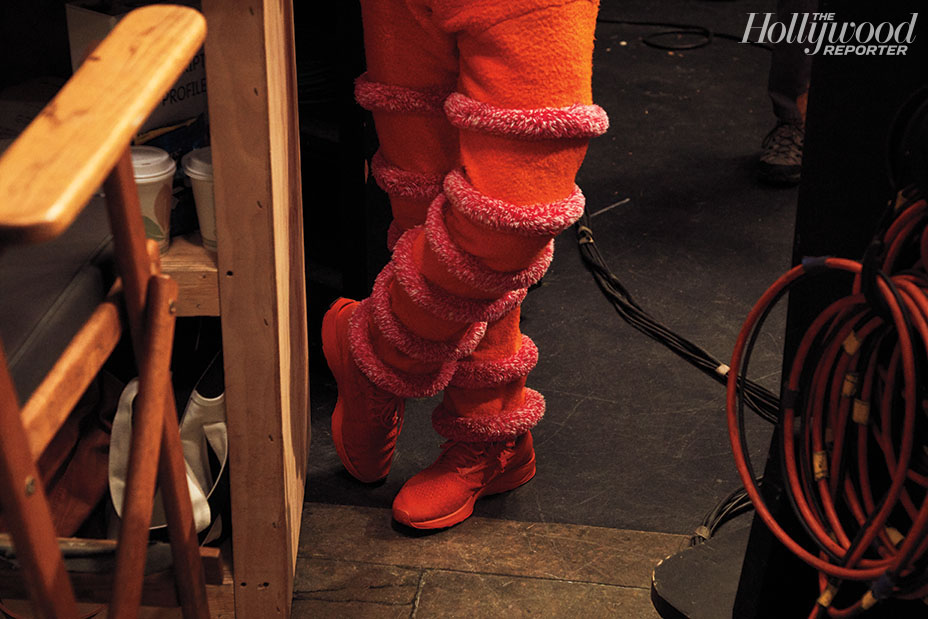 Bert, Ernie and the gang have won more Emmys — 189 ­­­— than any other TV series (and about as many Grammys as Taylor Swift). The show has spawned scads of spin­offs (The Electric Company, 3-2-1 Contact), home video franchises and even a couple of feature films (including a new one in the works with Anne Hathaway). Since Burnett’s inaugural guest spot, hundreds of A-list visitors have lined up for a chance to banter with its fuzzy cast (Robert De Niro once came on to explain acting to Elmo). And although Sesame Street has never been in the business of making money — Sesame Workshop is a nonprofit — it’s made plenty anyway. The show has generated so many licensing deals over so many decades — 6,500 book titles, 200 hours of home video, 180 albums and hundreds of toys (including the Tickle Me Elmo doll that triggered riots at stores during the 1996 Christmas season) — that not even Count von Count could keep tabs on it all.

Politicians sometimes take pot shots — Mitt Romney suggested defunding Big Bird during his 2012 presidential campaign, which might be one reason he lost — but over the past 50 years the show has defined the bipartisan ideal of what children’s television should be, arguably becoming the most universally beloved TV series since the birth of the cathode-ray tube. As part of the show’s 50th anniversary celebration this year — which will include a TV special and a Sesame Street 10-city road trip — the series will have a Manhattan street named after it. The exact location remains under wraps, so no, THR can’t tell you how to get to it.

Still, the world is a very different place than when Big Bird first waddled onto the air. And the medium of television is barely recognizable. In its early years, Sesame Street‘s only competition was Looney Toons, Captain Kangaroo and Mister Rogers’ Neighborhood (which arrived a year before Sesame Street). Today, with Disney running four cable networks and about to launch a new streaming service, the rivalry for control over children’s attention spans has never been fiercer.

And despite its stellar brand recognition and deep cultural impact, there have been moments in recent years when Sesame Street‘s future didn’t always look like such a sunny day (see here). Even now, four years into its five-year deal with HBO, there are questions about what’s in store for the show over the next five years, to say nothing of the next 50. 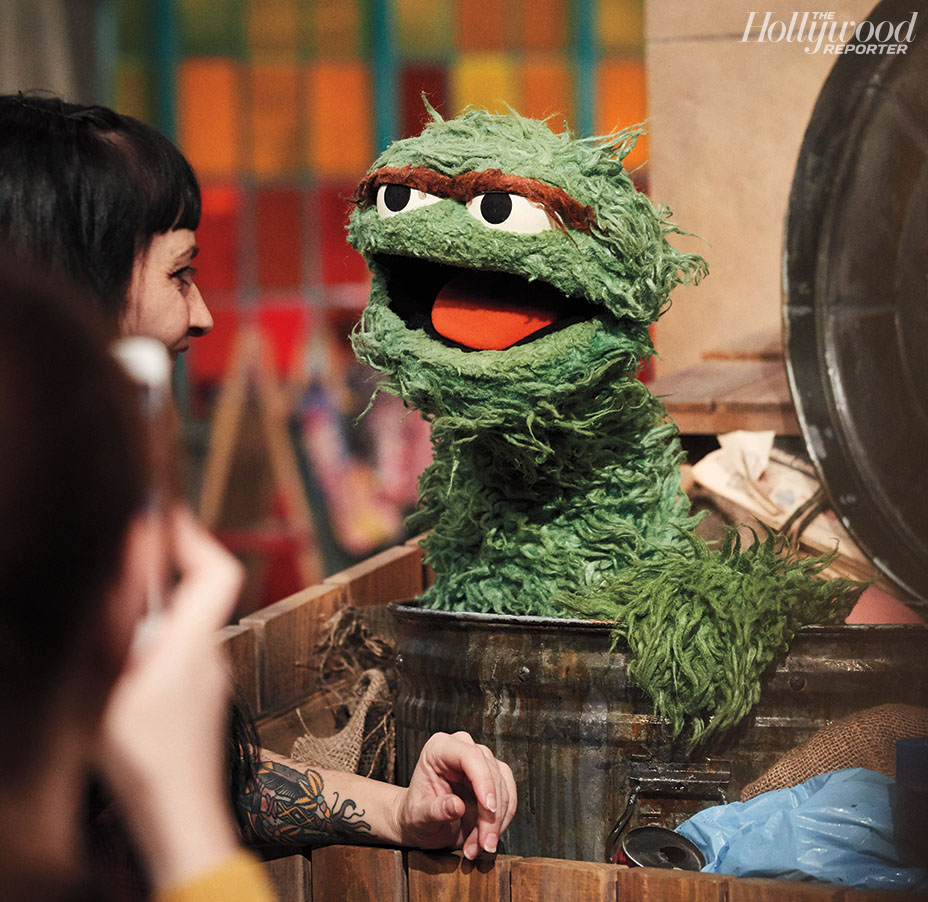 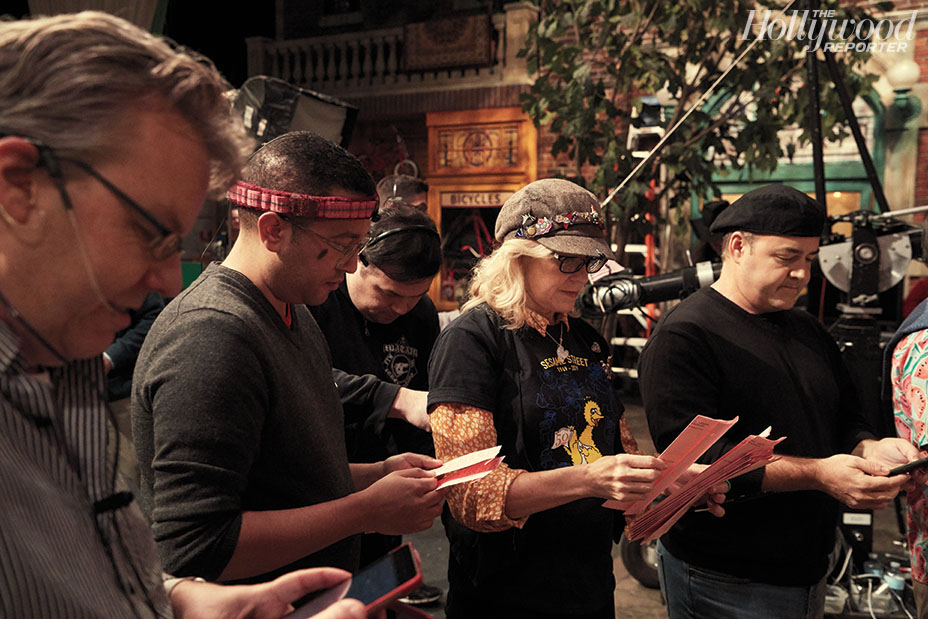 The idea for the series was hatched in 1966, at a Manhattan dinner party. The hostess was Joan Ganz Cooney, a producer at public television’s Channel 13 in New York, and one of her guests — Lloyd Morrisett, an experimental educator at the Carnegie Corporation — was telling a story about how he came into the living room one morning to find his 3-year-old daughter staring at a test pattern on the TV, waiting for a show to begin. “Television was then known as the boob tube,” Morrisett, now 89, remembers. So he asked Cooney, “Do you think it can teach anything?”

Cooney and Morrisett decided to find out. They wrote a proposal for the Carnegie Corporation — describing a TV show that could provide a preschool education for kids who couldn’t afford preschool — and by the summer of 1968 had raised $8 million to finance their program (which they originally titled 123 Avenue B, until they learned there was a real location in New York with that address). To help put it all together, Captain Kangaroo producer Dave Connell was brought on board, along with a young puppeteer named Jim Henson, who at the time was mostly making TV commercials. The first show, which featured Bert and Ernie drawing a llama, among other bits, was an immediate hit. “It got a much better reception than we expected,” says Morrisett, who recalls being in line at the bank “and some people behind me started talking about it.”

There was lots to talk about. Sesame Street was unlike anything kids (or their parents) had seen on TV before, starting with its brownstone stoop set, complete with graffiti and garbage cans under the front windows — all designed to look familiar to inner-city kids. Ditto its mixed-race cast, although that aspect of the show was not universally applauded (in 1970, Sesame Street got banned for a month in Mississippi because of its ahead-of-its-time diversity). 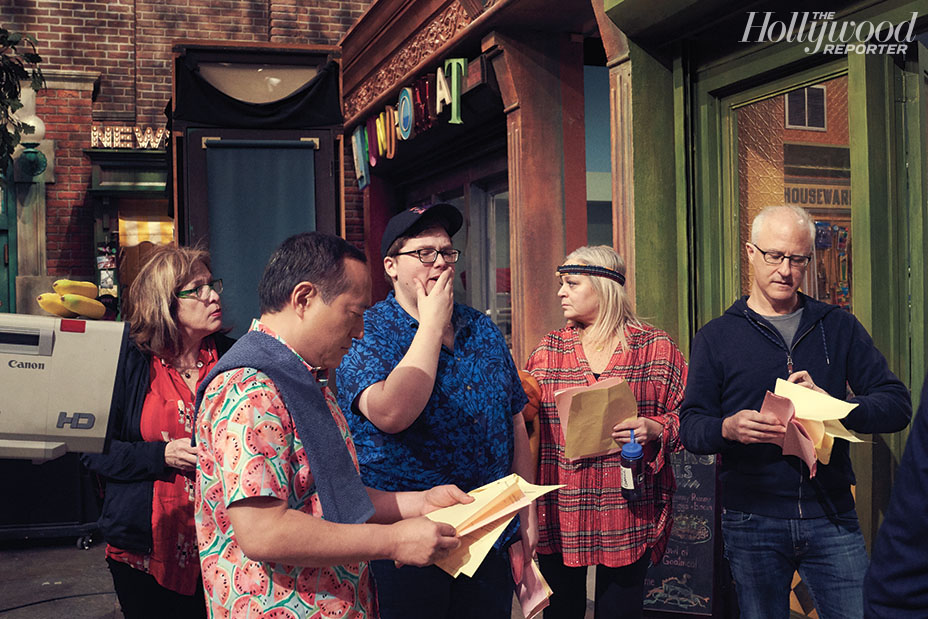 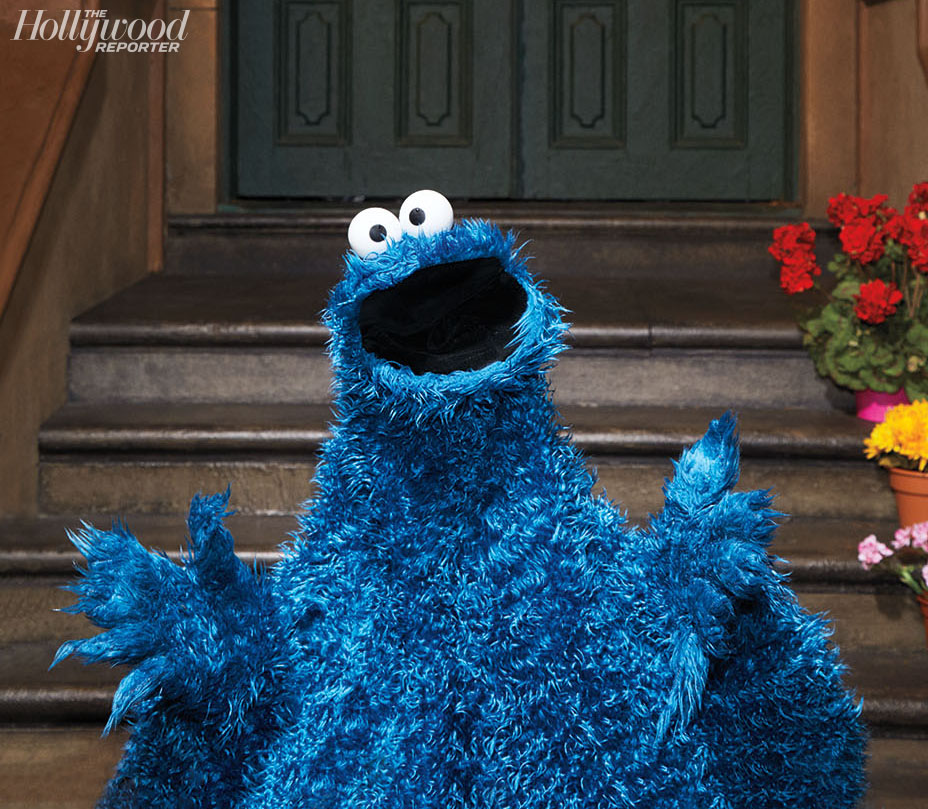 Still, from the start, and continuing through the decades, the show pushed the envelope of TV egalitarianism. In 1971, it cast Sonia Manzano in the first Latina leading role in TV history. (She played Maria until retiring in 2015.) In 1975, it became the first kids’ program to show a child with Down syndrome. In years since, there have been Muppets with AIDS, Muppets with autism and — debuting in December — a homeless Muppet. And, of course, there are those unibrow roommates involved in what looks very much like a healthy, happy same-sex relationship. “People can think whatever they want [about Bert and Ernie],” says Brown Johnson, executive vp of Sesame Workshop, the nonprofit that produces the show. “You want to think they’re gay? OK. You want to think they’re not gay? They’re not gay.”

From the start, Sesame Street has exported its equal opportunity values around the world, and that expansion has escalated in recent years. Today there are more than 150 versions of the show being produced in 70 languages, everywhere from South Africa to Bangladesh, with more countries on the way. Sesame Street puppeteers have recently made trips to Jordan to help set up a new Arab-language production aimed at children displaced by the Syrian refugee crisis and that’s scheduled to bow in the region in September. Could Muppet diplomacy, the ultimate soft power, actually help bring peace to the region? Of course not, but try telling that to Sesame Street. “We do have a unique ability to tackle tough issues from a child’s perspective,” says Sherrie Westin, president of global impact and philanthropy at Sesame Workshop. “If not Sesame, who?”

Along with the inter­national push, Sesame Street also has been expanding online, where its YouTube channel now has close to 5 million subscribers. Last June, the Workshop signed a sweeping deal with Apple that’s expected to deliver multiple live-action and animated series as well as a new puppet show for its planned video service. Neither Apple nor Sesame Street has yet revealed how much money changed hands, but given how eager streaming companies are to corner a piece of the kids’ market, it was likely a sizable check. After all, one of the reasons HBO was so keen on poaching Big Bird from PBS — which still airs episodes of Sesame Street, but nine months after they appear on the pay channel — was so it could add the shows to HBO Now’s on-demand library to better compete with Netflix and Amazon.

None of these steps can guarantee Sesame Street‘s survival in the TV landscape of the 21st century, but at least the show’s moves reveal an active awareness of changing times. And Sesame Street has one other thing going for it in the future: It’s the one TV show — pretty much the one anything — that everybody in America agrees is great. Politicians like Romney — and, more recently, Donald Trump, who has proposed the complete defunding of PBS — may not get it, but viewers in red and blue states equally adore the show, according to a 2018 survey that HBO commissioned pollster Frank Luntz to conduct. Among its findings: Nearly two-thirds of respondents believe that Sesame Street represents “the best of America” and that it stands for “timeless values.” Luntz also held focus groups in New York and North Carolina. The Northerners and Southerners agreed on almost nothing, other than a shared affection for Big Bird and Elmo. (Read more about Sesame Street’s finances here.) 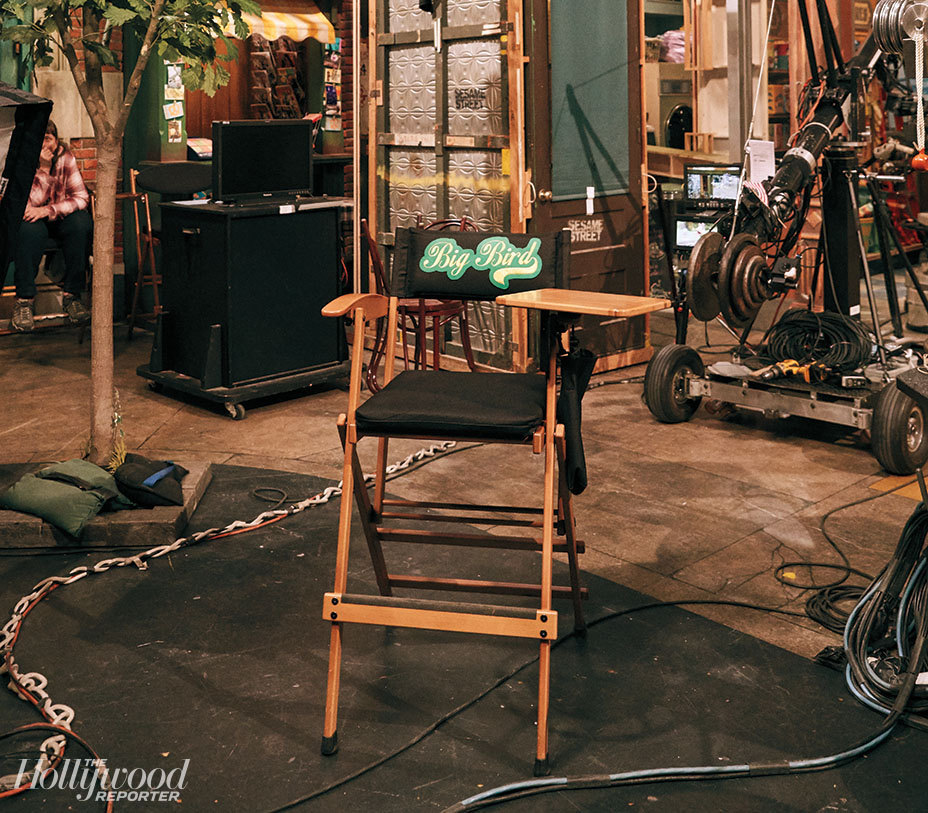 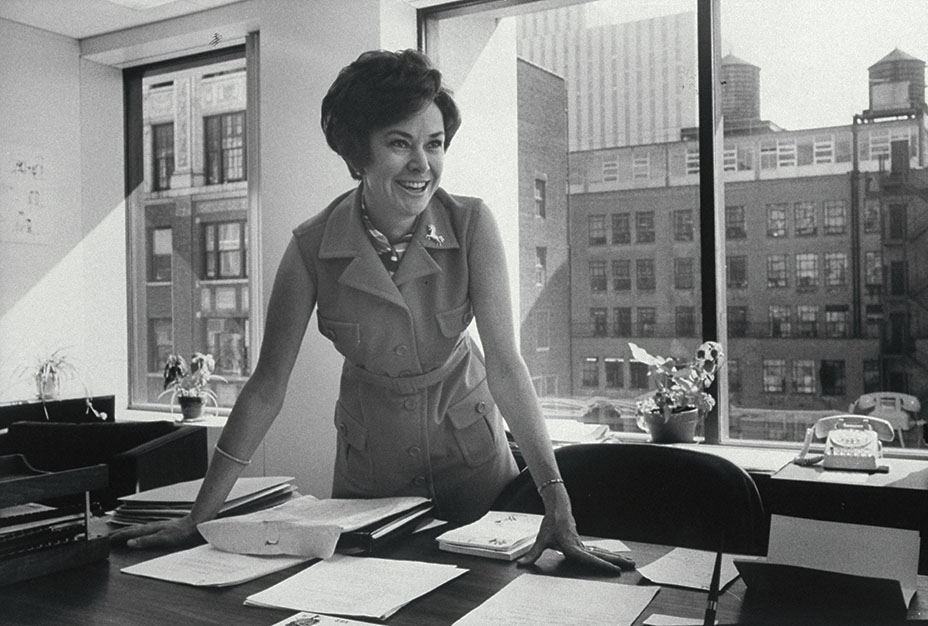 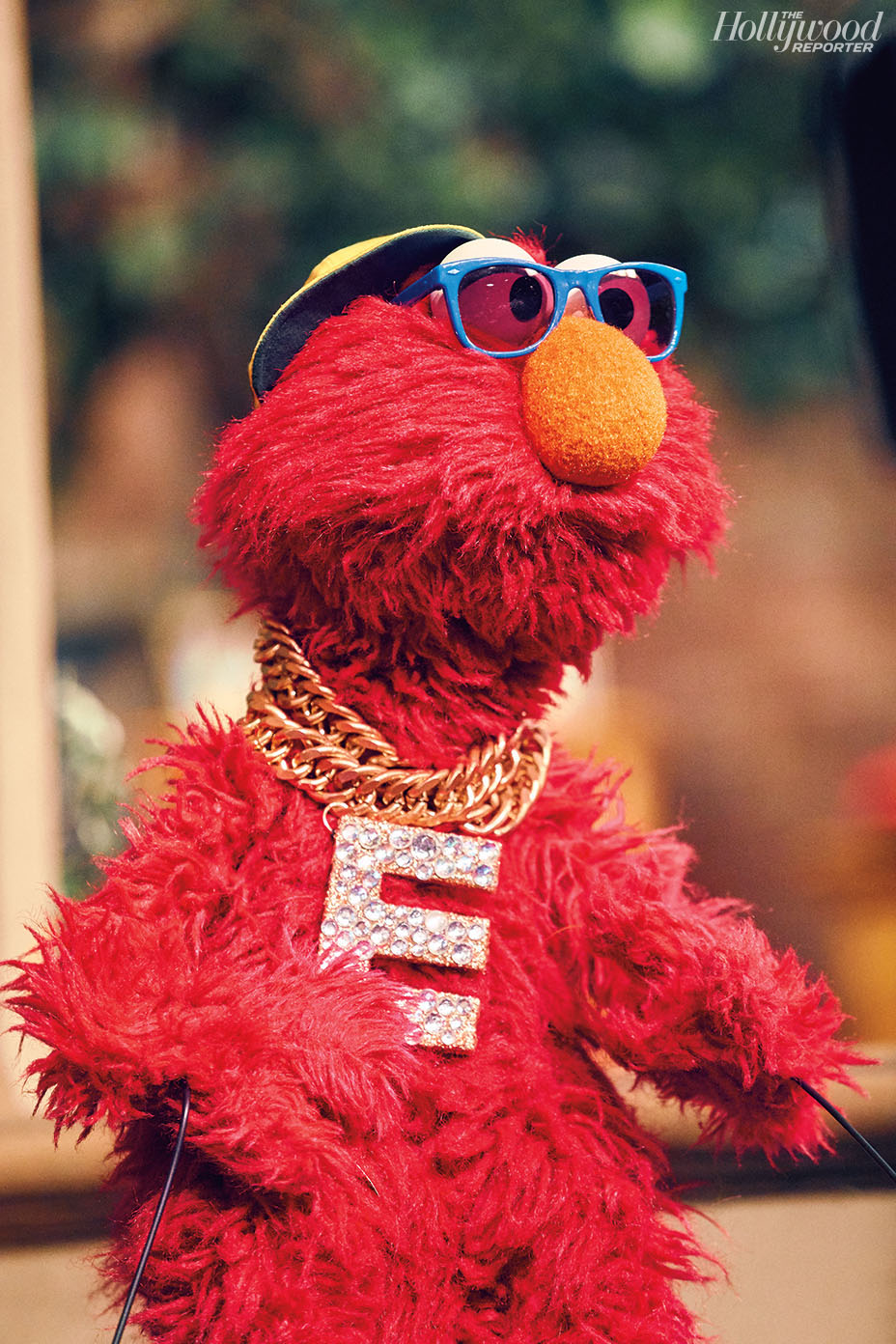 Back on the Sesame Street set, a Muppet wrangler is getting Elmo into a chunky gold chain and baseball cap for a musical number in which he’ll rap about fruit (“the anytime snack”). An uninhabited Big Bird torso rests on a dolly in a corner of the soundstage, beak pointed toward the floor. The massive, 150-pound Snuffleupagus is suspended from the ceiling high above. Most of the puppeteers are taking a break over in the green room, which is decorated for the holiday with Big Bird lights and a paper Christmas tree made from recycled casting schedules. One of them is Marty Robinson, who’s been manipulating Muppets, including Snuffy and Telly Monster, for 30 years, making him the most senior puppeteer on the show, although not by much — longevity is common among the Sesame Street crew. “It’s become a real safe job,” Robinson says, pushing a lock of silver hair behind an ear. “It’s something that a lot of us fell into …”

“Either you fall into it, like Marty says,” chimes in fellow puppeteer Peter Linz, who plays Ernie, among other characters, “or you pop out of the womb with [a puppet on your hand].”

50 Years of 'Sesame Street' in Photos

Adds Leslie Carrara-Rudolph, who puppets Abby Cadabby, “Everyone has a different journey.” But she believes that the best part of her job — and the best part of what Sesame Street has been doing for these past 50 years — isn’t something a visitor can discover on this soundstage in Queens or uncover in a Frank Luntz poll. To truly see Sesame Street‘s value over the decades, to understand how it will survive in the future, she says you have to venture into the real world, onto streets that aren’t named Sesame. “When kids see us, they soul-hug us,” she says. “You don’t realize the impact you’re having with this show until that happens to you.” 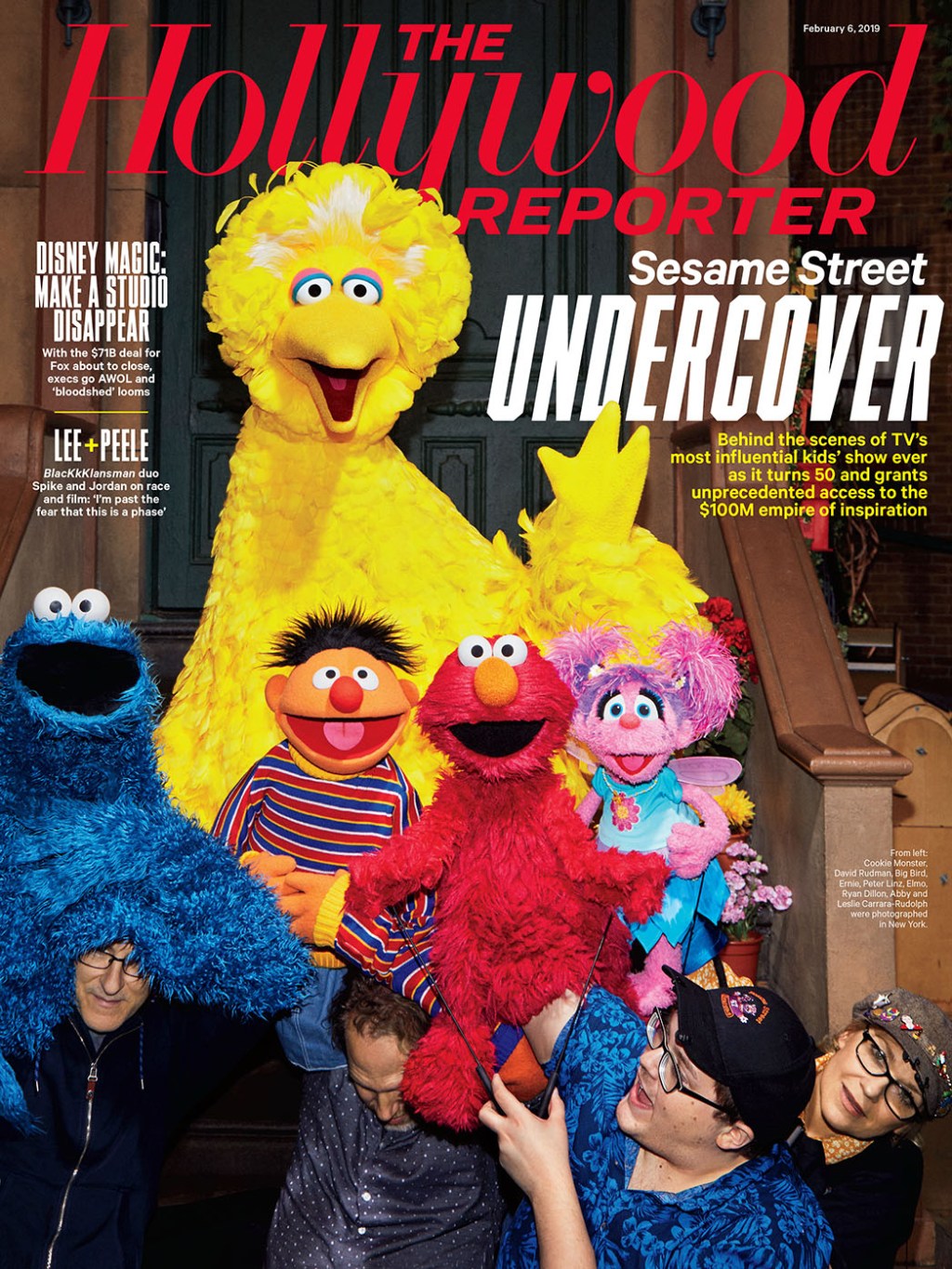