On the first season of Homecoming, director Sam Esmail set a lofty template with a notably lengthy one-take sequence in the cinematic tradition of Alfred Hitchcock, Orson Welles and Robert Altman. For the distinctly more expansive second season of the Amazon series, director Kyle Patrick Alvarez picked up the baton, staging a complicated and mesmerizing single-shot scene for the second episode in which amnesiac “Jackie” (Janelle Monáe), desperate to uncover her own identity and real name, follows clues leading to the home of Audrey Temple (Hong Chau), one of the few returning characters from the previous season.

As the camera tracks Jackie’s stealthy approach outside the house, Audrey is inside and visibly pacing through various rooms while on a phone call, revealing tantalizing hints that could prove crucial to Jackie’s quest. It takes precision timing and subtle choreography — and more than a few run-throughs — from actors and crew to land the sequence, which is being filmed Oct. 25 at Universal Studios in Los Angeles. For Alvarez, the high-concept shot was both a nod to the signature style of the series and a visually compelling way to illustrate a key moment in the story.

“I did not go, ‘Where in the scripts can we do a long take?’ ” he says with a laugh. “It was just like, ‘OK, she’s followed all these clues to this house that she sneaks her way into.’ It felt like we should try to be with her as much [as possible] — this is kind of a revelation. We want to build some suspense here.”

Unlike season one’s labyrinthine take, which dramatically unveiled the unsuspected geography of the secret government facility in which Heidi Bergman (Julia Roberts) worked, the new take’s purpose was to set up the relationship between Jackie and Audrey. “They keep crossing each other throughout the course of the episode,” says Alvarez, who builds a cat-and-mouse, just-missed-each-other dynamic throughout. “The episode ends with them colliding.”

But visually, and with the reveal of the previously seen Audrey, the sequence also potently reminds viewers of the connective tissue between the dramatically different seasons. “It’s a crucial moment because it’s the first time we say, ‘That show you watched before still matters to this show,’ ” Alvarez explains.

“It feels like you’re right in the room with us as we’re going through this psychological thriller,” says Monáe, who admits the series’ distinctive visual style and twisty plot turns hooked her as a viewer and enticed her to sign on for the second season, which debuted May 22. Keeping pace with intricate camera moves and a mostly out-of-sight scene partner while maintaining her emotional performance brought out a welcome new skill set. “I am definitely being challenged, and that’s why I took on this role,” she says. “I feel like, as an actor, I’ve developed a lot more muscles that I hadn’t really used.”

Chau, too, found herself tested in fresh ways. “Probably more than on other projects, I had to be aware of what the camera was seeing,” she says. “So I would watch camera rehearsals or check and look at the monitor before we shot something to see what the frame was, and that’s not something I typically do. That’s just another technical challenge on top of the character work that you’re doing.”

Alvarez, whose directing credits include Netflix’s 13 Reasons Why and Starz’s Counterpart, admits that shooting a scene in this way is “hard to pull off, but what you finally see, it’s not a dizzying display of camerawork, like some would say — hopefully it just feels like an organic way to do the scene,” he says. “Even though we’ve put a ton of work into conceiving it and executing it, if the audience never notices it, that’s fine. You have to embrace that, too, because I don’t want it to be about the shot.” 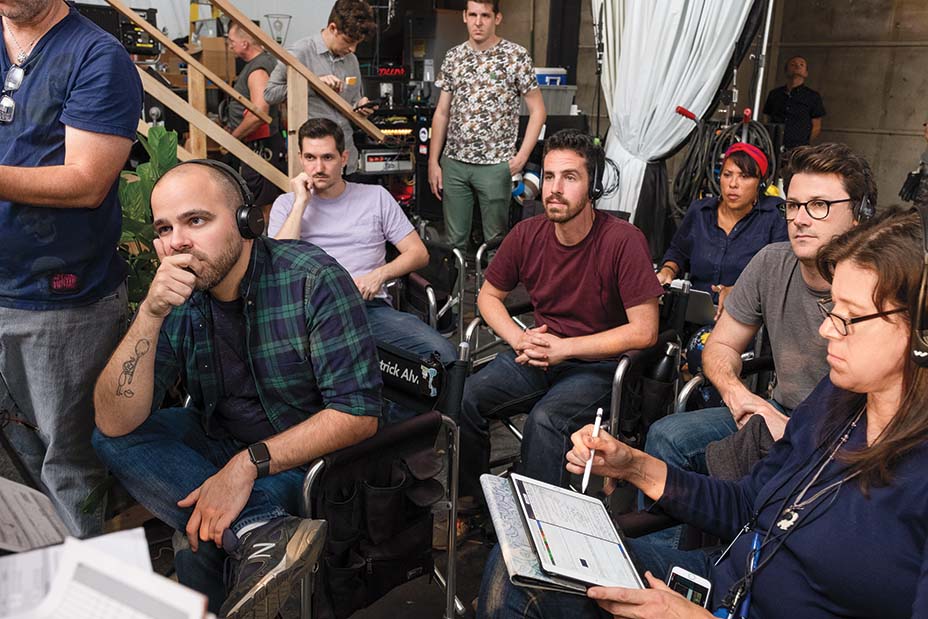 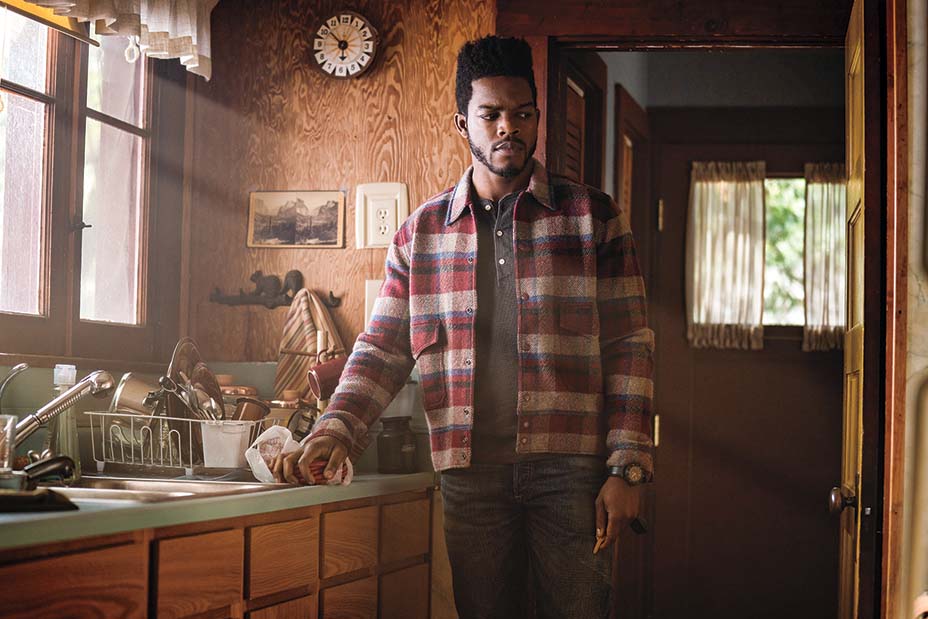 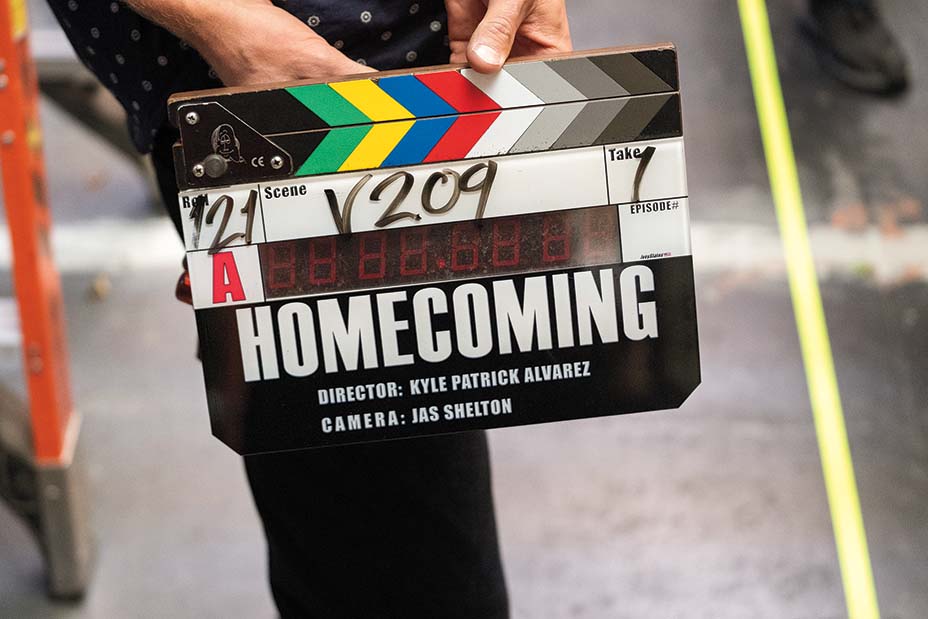 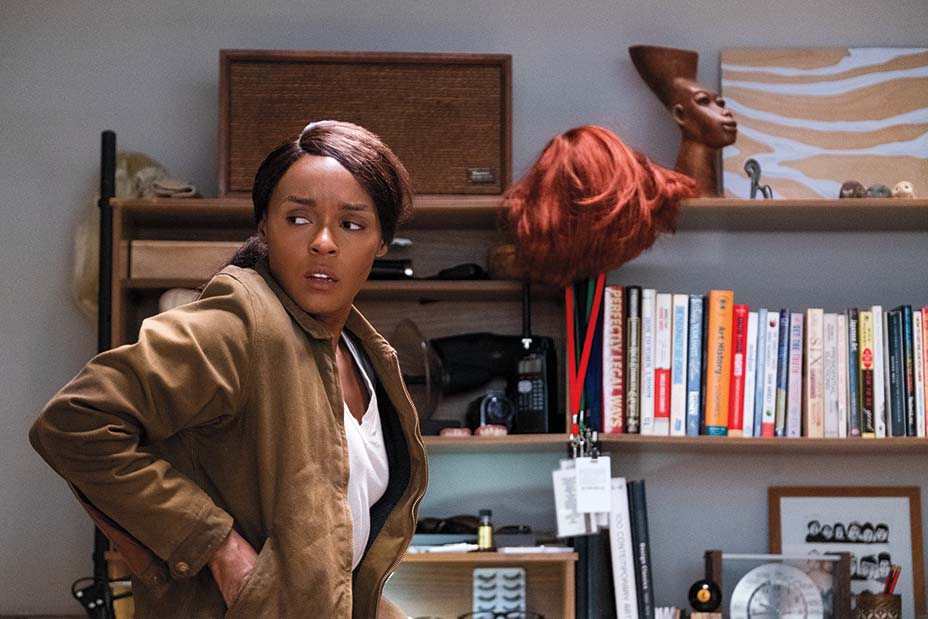 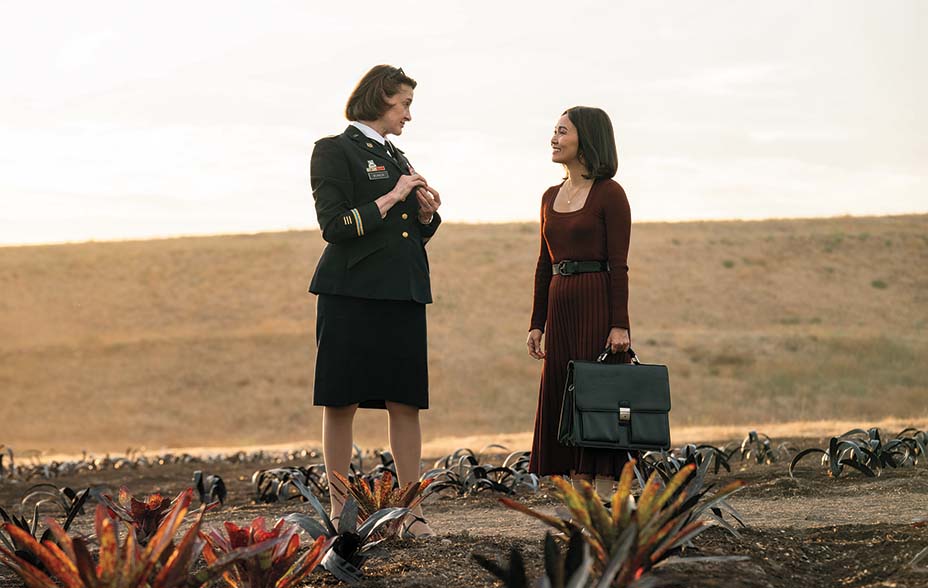 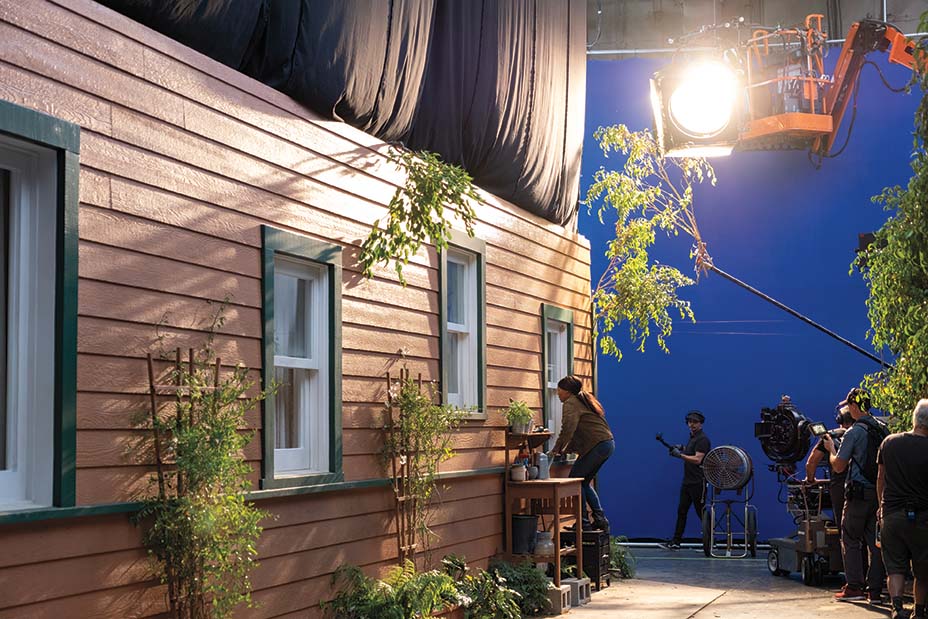 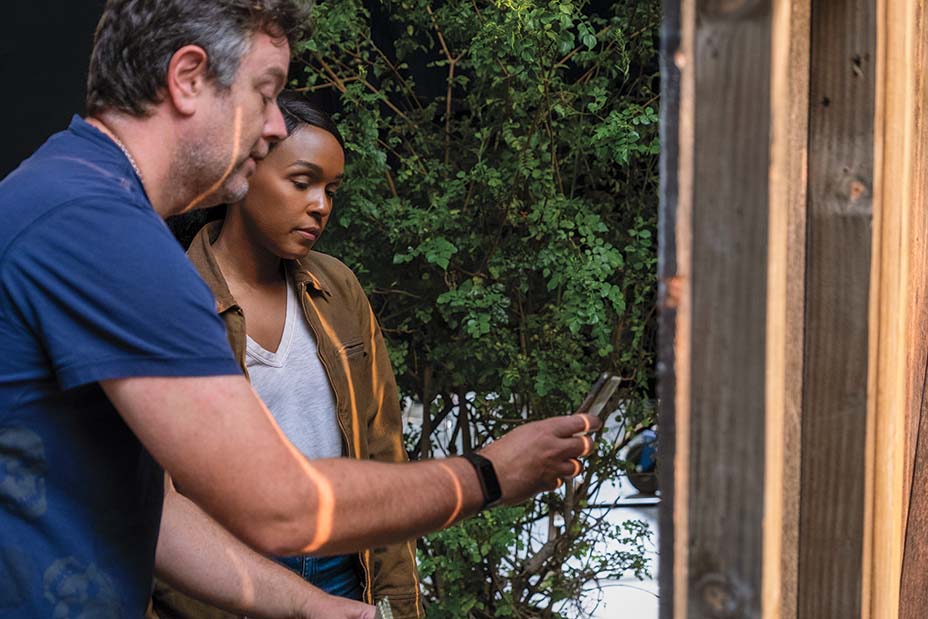 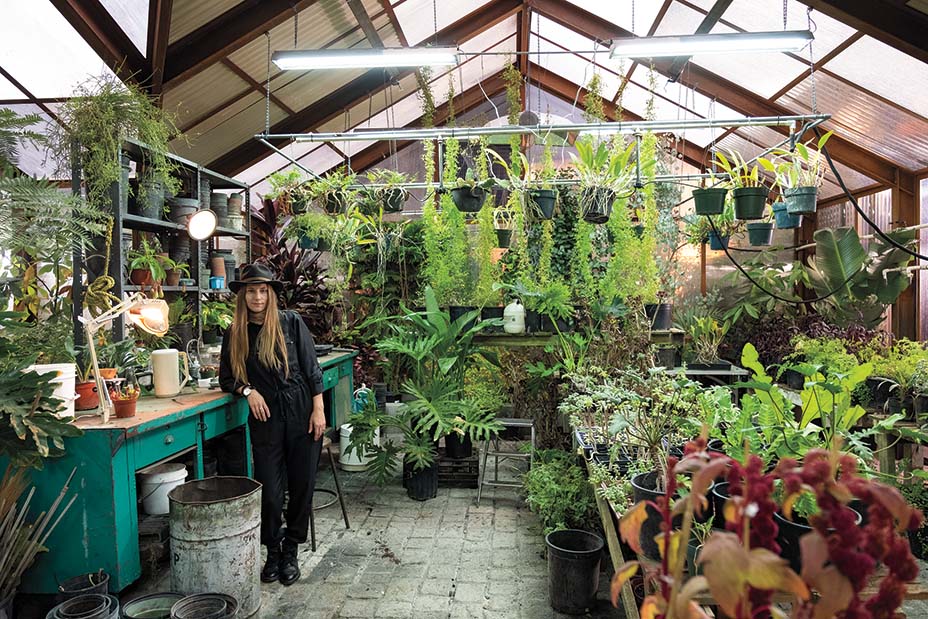 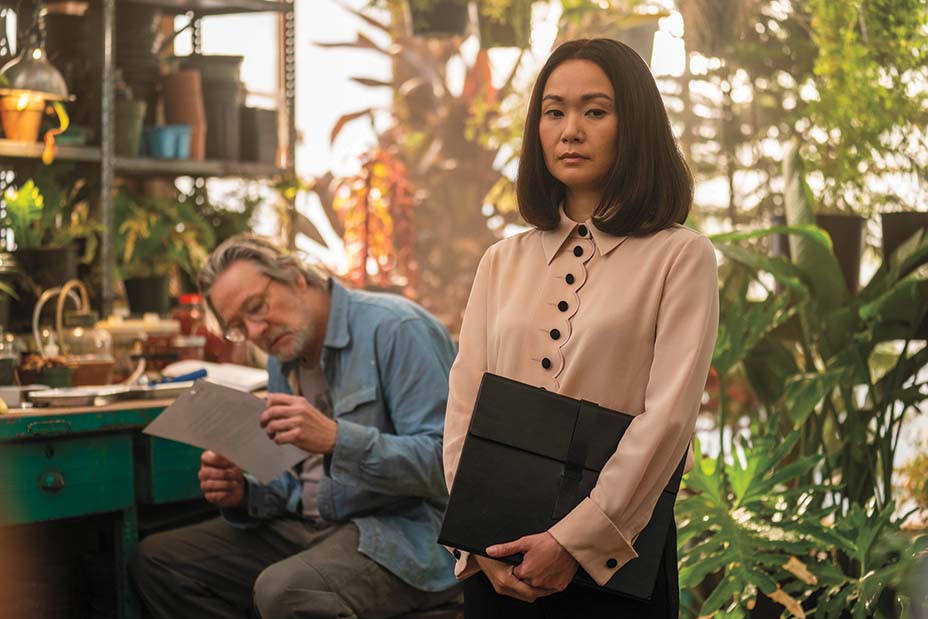 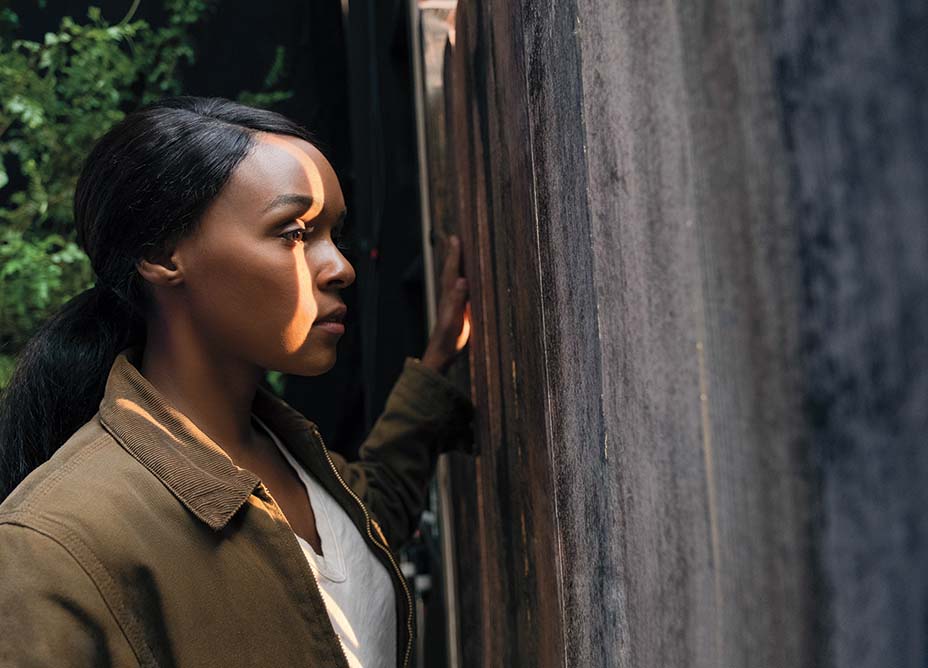