As a wise old puppet once said: “Do, or do not. There is no try.” The late, great Yoda’s words echo throughout The Mandalorian on levels as limitless as the expansive Star Wars universe in which it’s rooted. Executive produced and creatively helmed by Disney veteran Jon Favreau, The Mandalorian serves as the first major scripted series for streaming initiative Disney+. It’s also the first live-action Star Wars television effort (save for that infamous 1978 Star Wars Holiday Special) and far from the last, with series based on Obi-Wan Kenobi and others in development. And it’s all told through the lens of a stone-cold bounty hunter (Pedro Pascal) who never removes his helmet — at least not in public, and only once for the streaming audience.

The list of high-stakes pressures was longer than any Star Wars film’s opening crawl. But those were all front-facing obstacles throughout production on The Mandalorian, long before the world at large saw a single frame of footage. The biggest do-or-do-not-die situation involved an element nobody saw coming: The Child, better known online by an unofficial but much more meme-friendly name: Baby Yoda. The Mandalorian isn’t just a story about a masked gunslinger, but rather one about a gunslinger protecting an all-important infant — whose place within the grander Star Wars mythology was such a big deal that nobody outside of production even knew “the baby,” as Favreau lovingly calls him, existed until the series premiered in November. 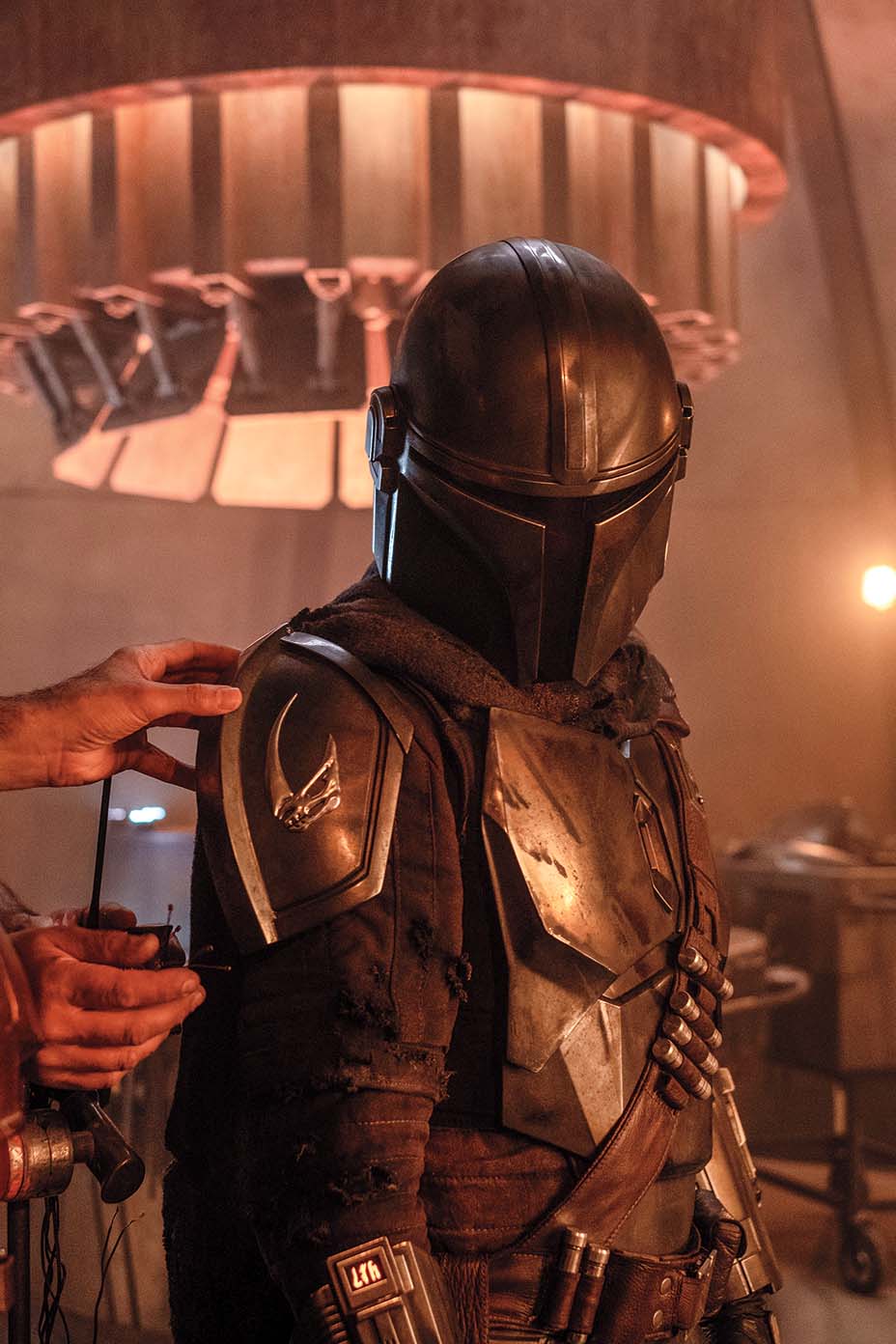 The secret was surprisingly easy to keep. Favreau and Disney agreed to withhold any information about The Child from marketing and merchandising, which often leads to early spoiler leaks on massive franchises such as Star Wars. Within The Mandalorian‘s cast and crew, however, there was no need for a test audience to know an undeniable truth: The Child was a star.

Giancarlo Esposito, who plays the Mandalorian’s formidable foe, Moff Gideon, found himself in possession of another top-secret piece of Star Wars lore: the Darksaber, a weapon with roots in the franchise’s beloved animated incarnations. But even the iron-jawed Breaking Bad heavyweight had to break character long enough to admire The Child. “I always knew this baby was going to be the star of this show,” he says with a laugh. 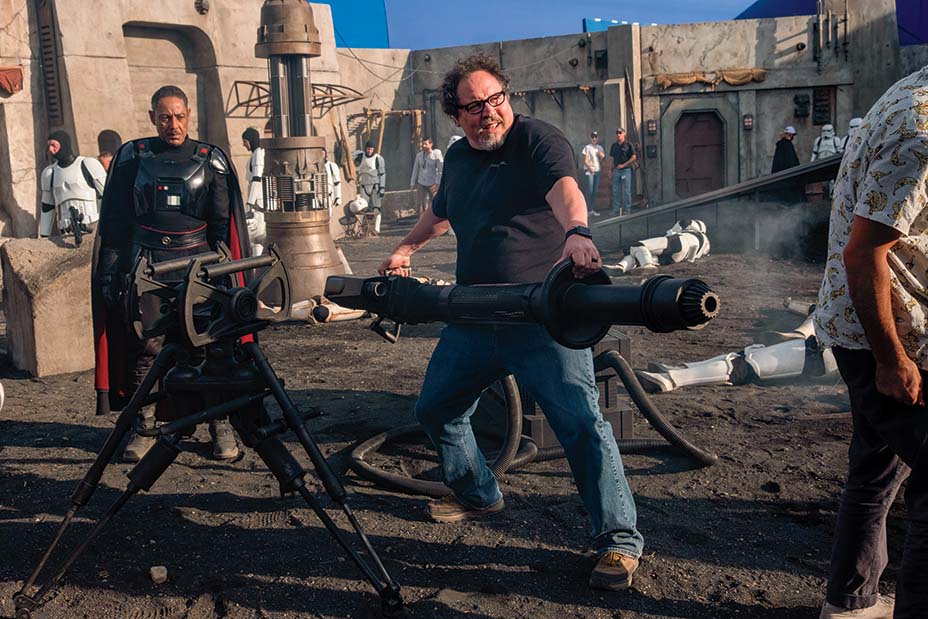 Taika Waititi, who helmed the season finale (which shot in December at Manhattan Beach Studios) and voiced the android assassin IG-11, also needed to take occasional breaks to sit down with The Child in his hands. “He reminded me so much of my babies when they were 6 months old,” he says. “I couldn’t help it, I had to hold it in the same way.” 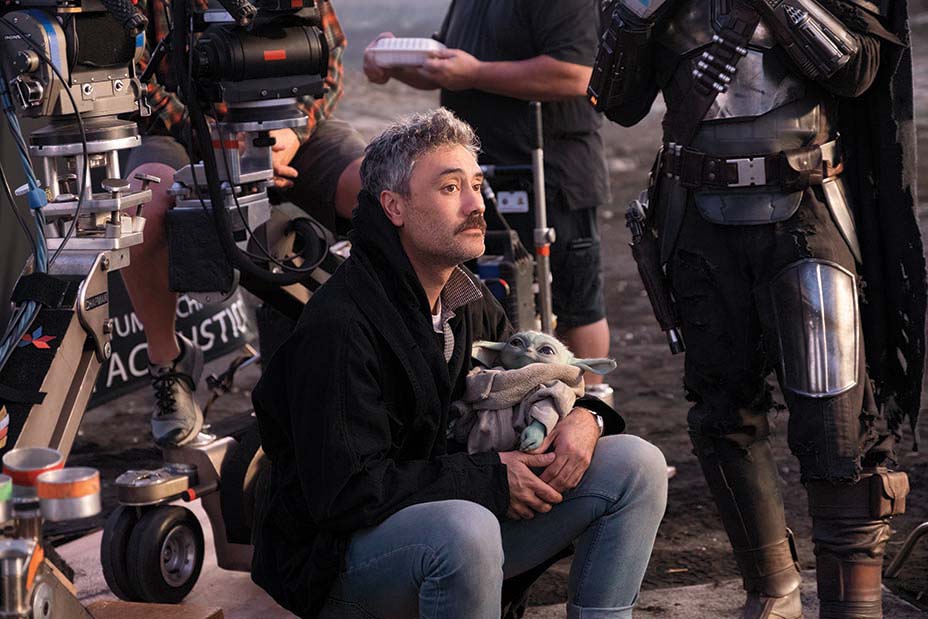 Clearly, the absence of heart was never an issue on set, whether through The Child or the involvement of extras from The 501st Legion — a collective of Star Wars fans who suit up as Stormtroopers. The heart owes its beating nature to the head of the operation, Favreau, whose journey toward leading the first Star Wars live-action series draws from his days as a movie theater usher when Return of the Jedi was released in 1983.

“The fact of the matter is, as much as we love working on Star Wars, we love even more making Star Wars for other people,” says Favreau. “And when other people are excited by it, dig what we’re doing and are appreciative, that’s as good as it gets for us.” 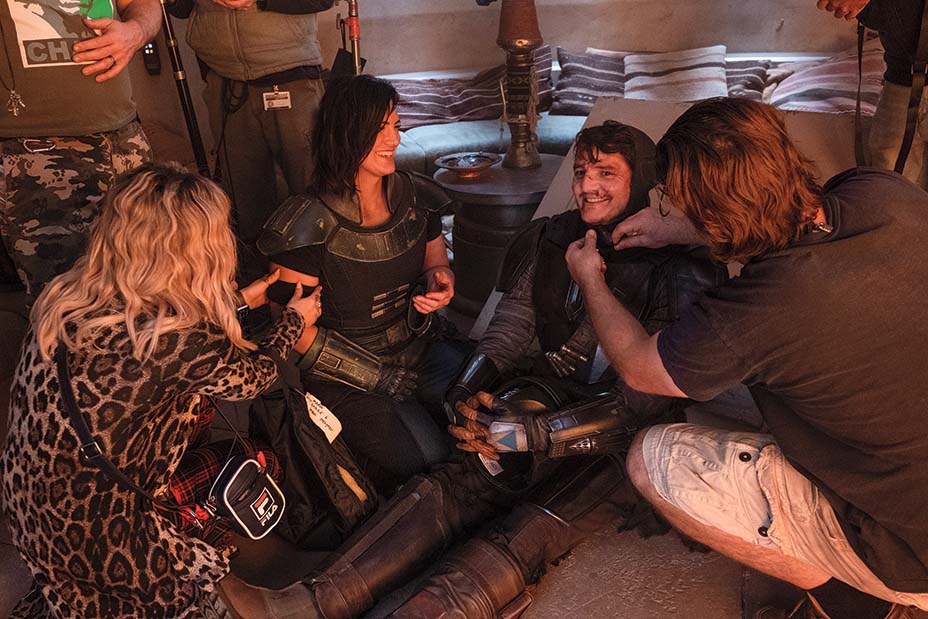 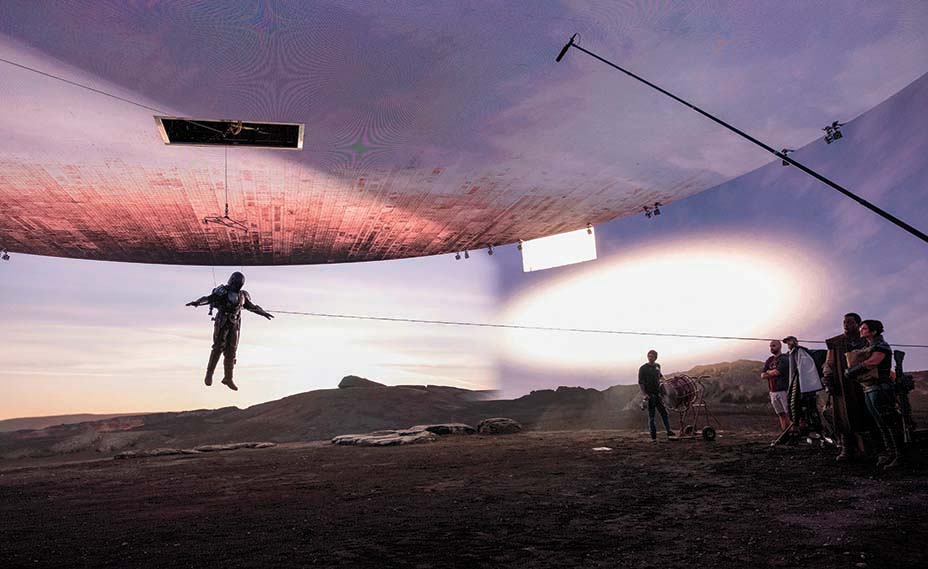 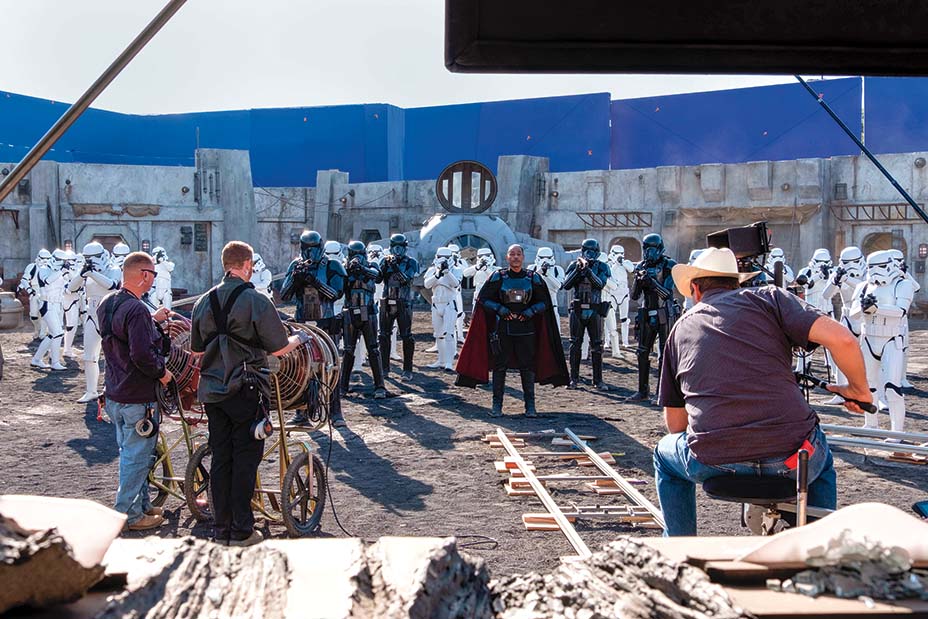 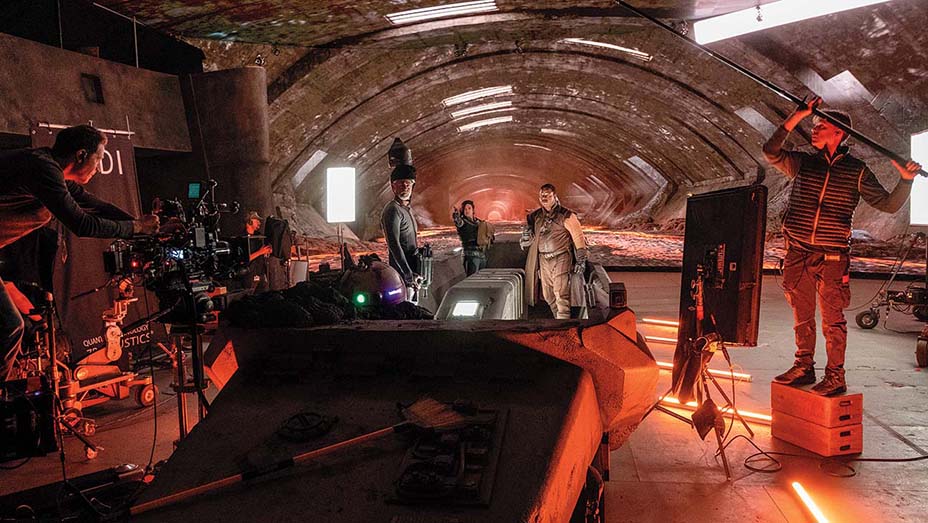 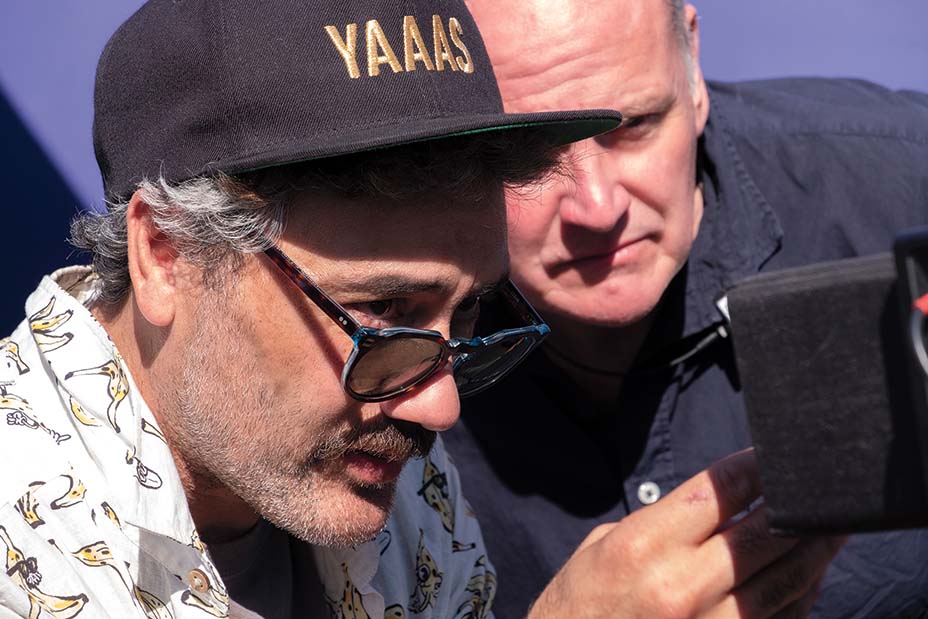 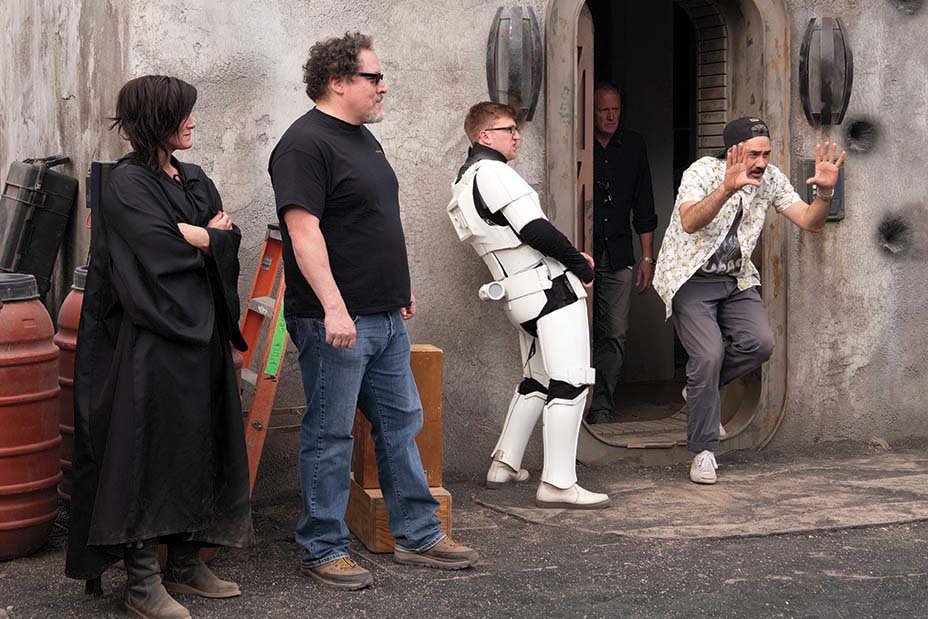