Zoey’s Extraordinary Playlist could have just been a heartfelt show about a Silicon Valley-based coder (Jane Levy) who finds herself in a love triangle at work while struggling to come to terms with her father’s illness and the loss that she’ll eventually have to experience. But the NBC series took on the, well, extraordinary challenge of also being a musical, requiring more than 80 song-and-dance numbers performed by Levy and the cast, which includes Skylar Astin, Lauren Graham, Mary Steenburgen and Peter Gallagher.

“For me, that form of expression is new,” says Levy of singing on the show. “At the beginning, I was scared about not sounding good. And then eventually, I realized what’s most important to me as an artist is to just tell the story authentically.”

The story begins when an earthquake hits while Zoey is getting an MRI, and she suddenly finds herself with the unique ability to hear people’s thoughts in the form of musical numbers — which she describes as “heart songs.”

“I’m always trying to think of different ways to use her abilities and to surprise the audience with the music,” says the show’s creator, Austin Winsberg. “[Her ability] would help her grow, and it would show her that the world isn’t all black and white — that we do live in shades of gray.” 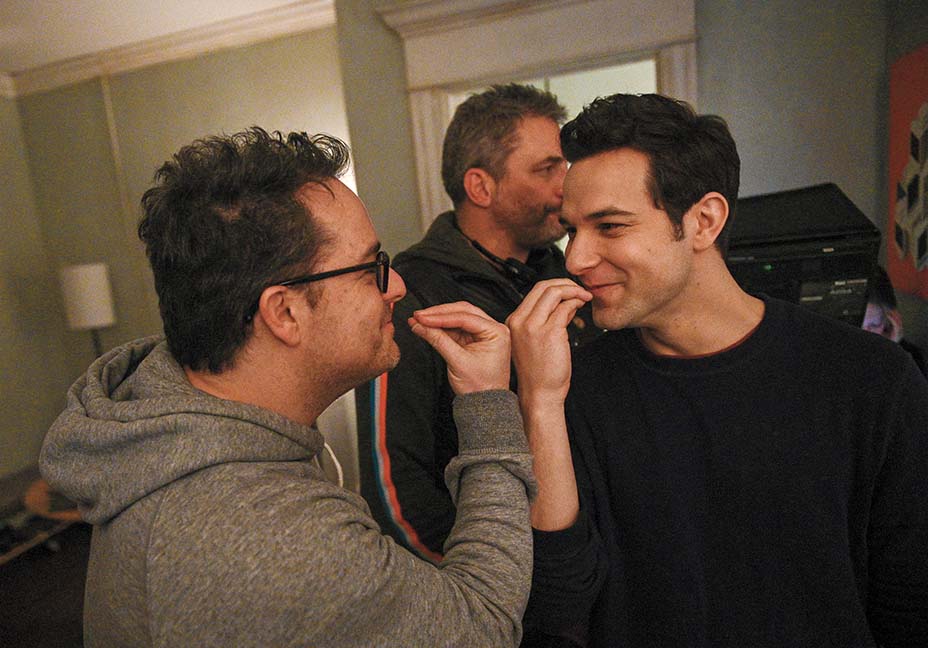 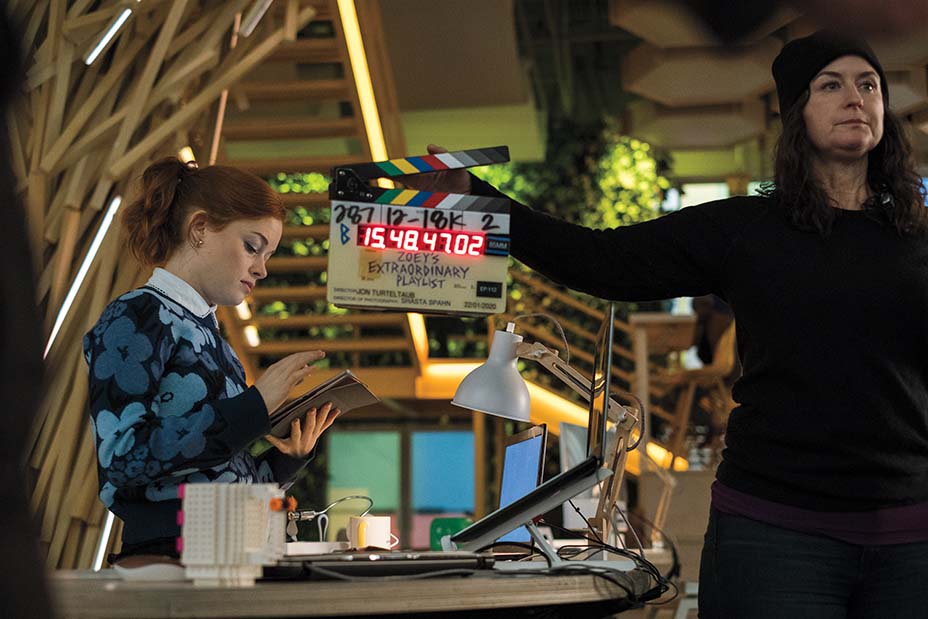 Securing the rights to dozens of songs required diligent planning and even personal letters from Winsberg to a few reluctant artists. “When you are using a song for storytelling, it changes the clearance because you’re using it like dialogue,” says music supervisor Jen Ross. “It’s deeper than just a song playing in the background of a restaurant.”

Not only is the cast, with the help of music producer Harvey Mason Jr., re-creating the tracks, they’re also using them to tell their innermost thoughts and feelings. “You can really show emotion [through music],” Ross says. “In many ways, it can be healing.” 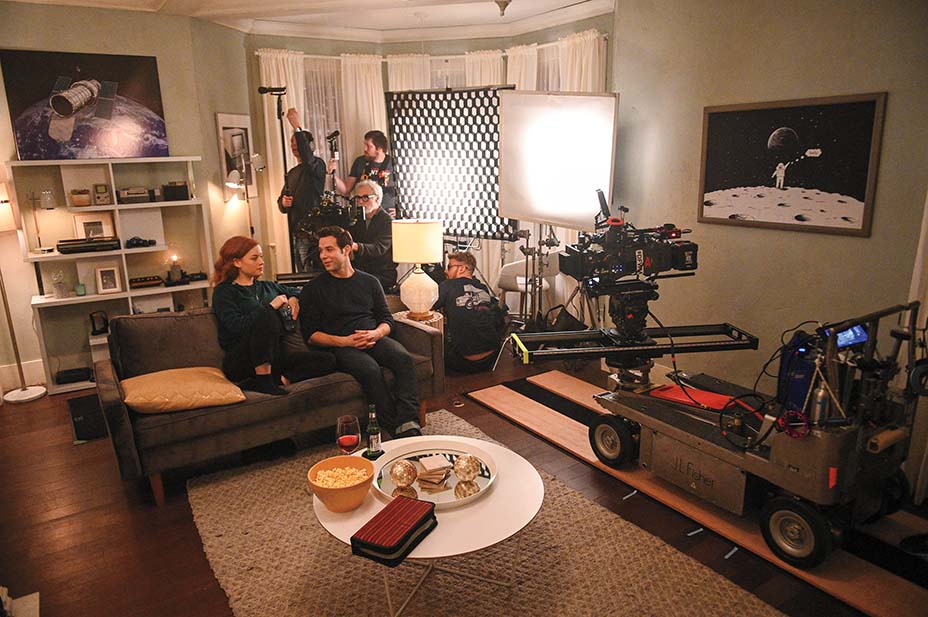 The production schedule was tight, with only seven to eight days per episode, including recording the songs and learning the dance choreography. And the cast came with varying degrees of dance/musical theater experience, which presented a challenge to choreographer Mandy Moore. “I can work with somebody like Skylar, who has a lot of musical theater and movement experience and get something out of his character that is a bit more dancey,” she says. “But then with somebody like Mary, she has very little dance experience but is such a beautiful mover. It forces me as a choreographer to really see people and appreciate how they move naturally.” 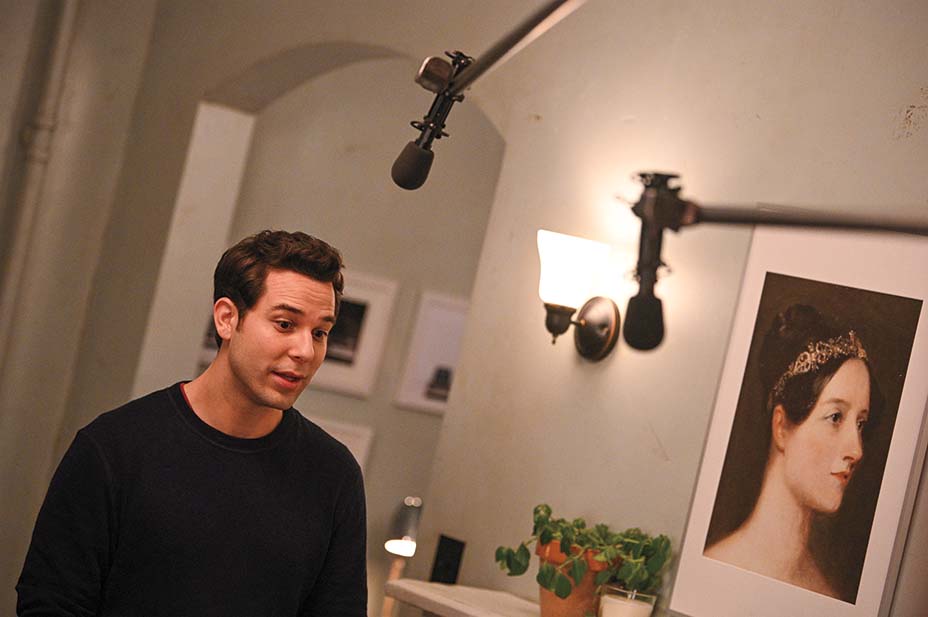 Despite Zoey’s many relationship journeys with friends, co-workers and love interests, Levy says the most important bond was the one between Zoey and her dad (Gallagher). “The love story, to me, is about her and her father,” she says.

That relationship takes a turn in the first season finale, which was filmed in late January on the show’s Vancouver soundstage. Zoey learns that her dad, who suffers from a rare degenerative brain disease called progressive supranuclear palsy, only has a few hours left to live, and Zoey has to prepare herself to say goodbye.

Levy’s intense shooting schedule (she is in nearly every scene of the show and, in episode eight, performs every musical number) put her in the right place emotionally to tackle the final moments of the season, says director Jon Turteltaub. “By the time she got to the end, she was pleasantly exhausted,” he says. “She didn’t have much more left than that last episode, which is exactly where that character needed to be.” The episode culminates in a nearly seven-minute one-shot musical number that incorporates the entire cast as Zoey mourns her father at his wake.

Winsberg considered a few songs for the powerful last scene, but one in particular held special meaning. His dad also suffered from PLP, and so he felt it fitting to use his late father’s favorite song: Don McLean’s “American Pie.”

When the cast pulled off the monster shot after less than a day of full rehearsals, “everyone started crying,” says cinematographer Shasta Spahn.

Levy says she thinks the season ends on an emotional yet hopeful note for Zoey. “A lot of season one is a solo journey, and that’s why I like in the finale seeing her with a community and supported by people who love her,” says the actress. “So maybe in season two, her journey won’t be so solo.” 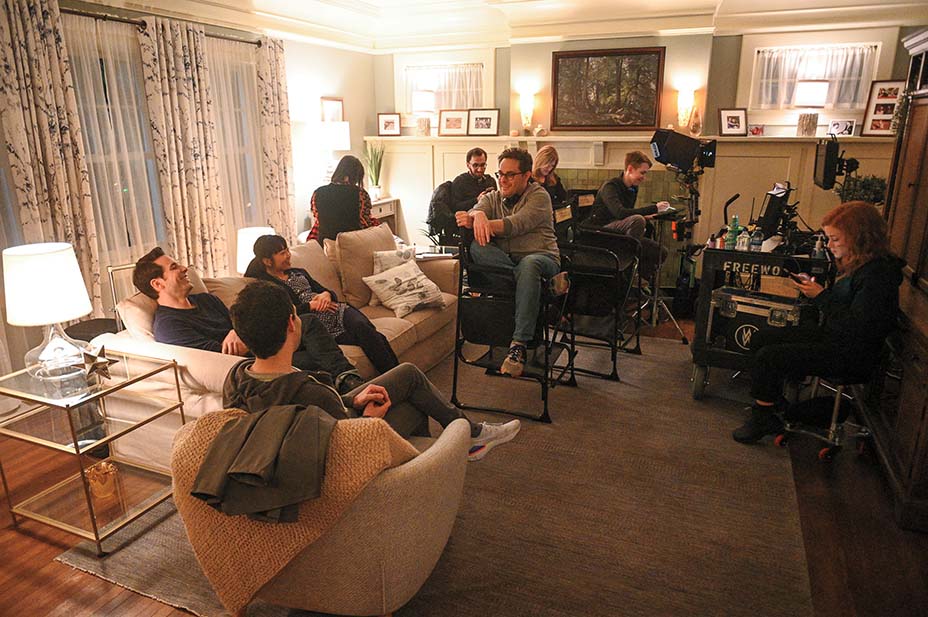 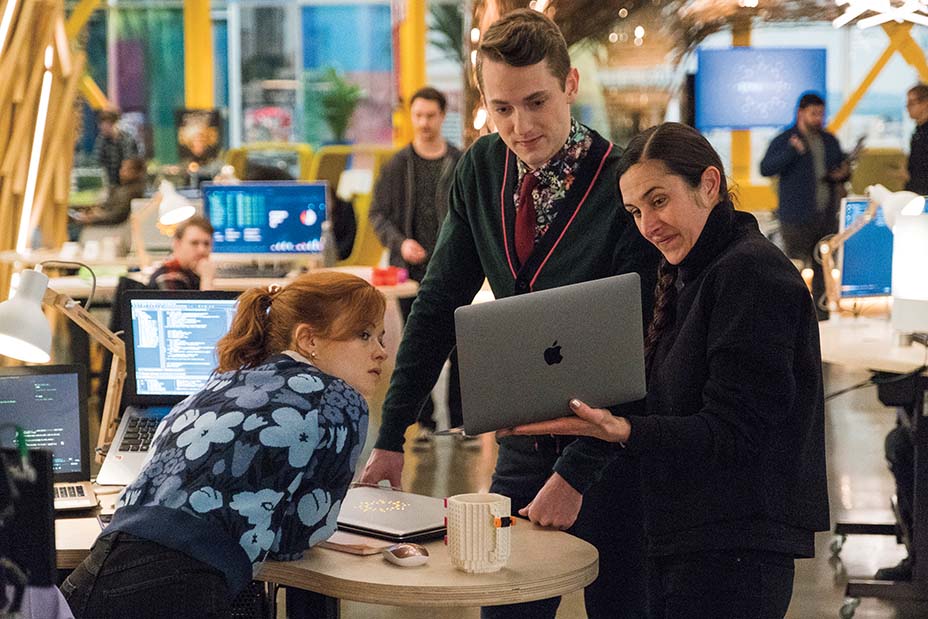 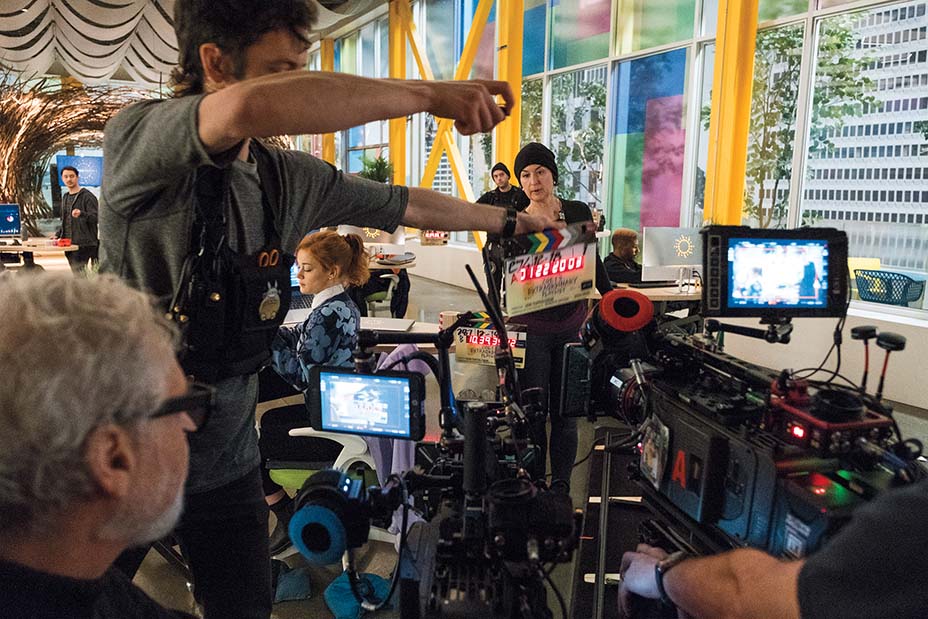 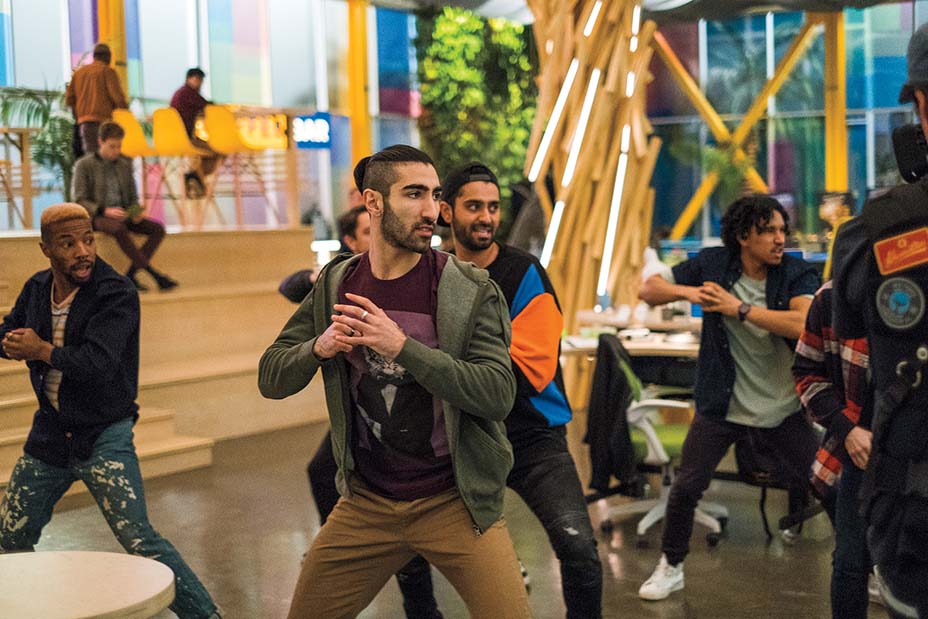 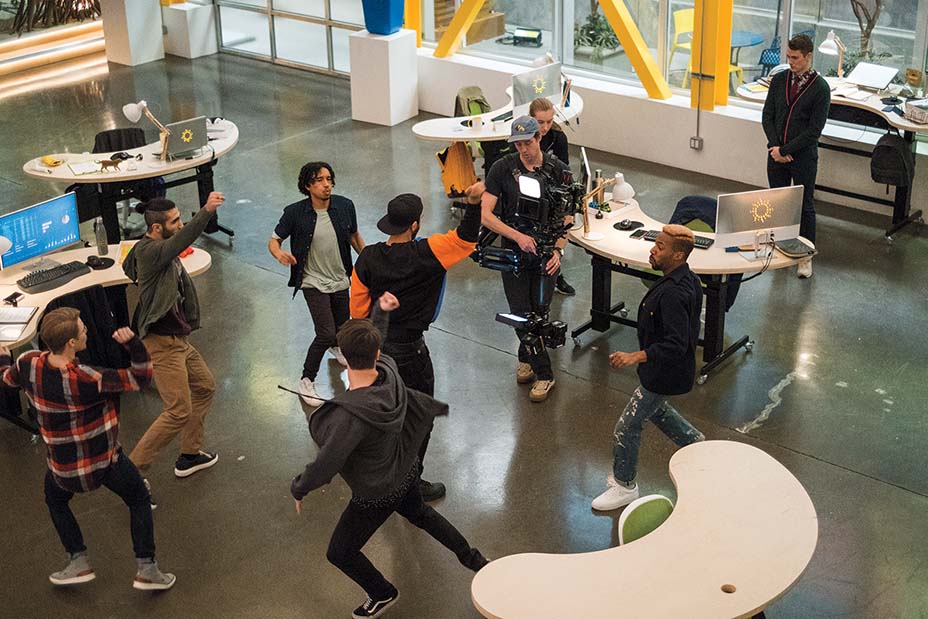 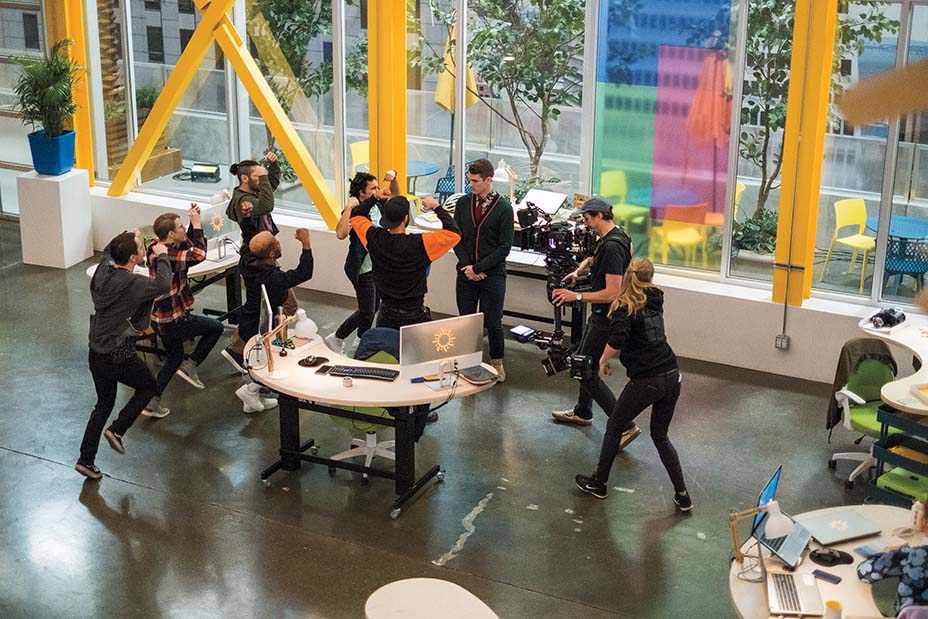 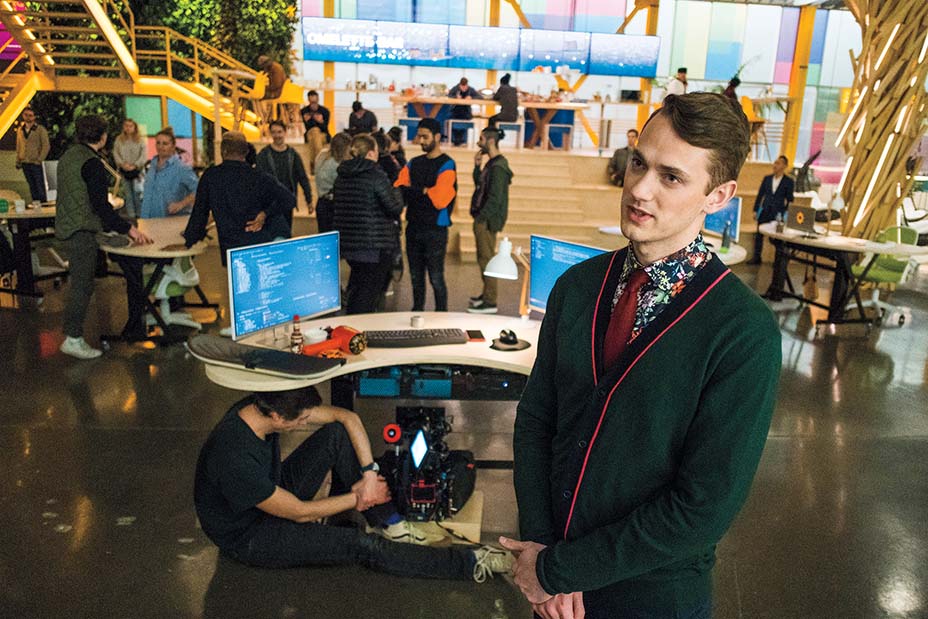