When Bryan Cranston stood onstage at the 2014 Emmys to accept the final win for his career-defining role as Walter White, the Breaking Bad star dedicated his award to “all the Sneaky Petes of the world” — a nickname his family had given him as a kid, since he always was looking for a shortcut. “[To those] who thought that maybe settling for mediocrity was a good idea because it was safe, don’t do it,” he continued, urging the audience instead to take a chance on their life’s passion, as he did with acting. The following day, Cranston got a call from Sony TV co-president Zack Van Amburg, who suggested there was a show in there: “What if your teenage Sneaky Pete never grew out of it, as you did?” he said. “What if he became a 37-year-old man still not owning up to responsibilities?” So Cranston, together with House creator David Shore, crafted a pilot for CBS centered on a con artist, played by Giovanni Ribisi, who takes on the identity of his former cell mate when he gets out of prison. After enduring a platform change — when CBS passed, Amazon scooped it up — and a showrunner swap (Justified‘s Graham Yost took over for Shore), Sneaky Pete, which also stars Marin Ireland and Margo Martindale, made its debut Jan. 13. The binge-worthy drama that, according to THR chief television critic Tim Goodman, “comes out of the gates quick and confident — and gets even better from there,” was already renewed for a second season.

What changed when the show moved from CBS to Amazon?

Cranston We rewrote a few things and had a different ending. It was basically a procedural with CBS. When that fell through, we were able to transform the storyline into a serialized show — and that took a lot of effort and some very fine tuning.

For the actors, you signed on to a broadcast procedural. How did the shift in the show change how you approached your character?

Martindale The writing changed, but the characters were the same. They just took a different journey.

Ireland For me, the biggest change was that in the original conception of the show, Giovanni and I were running around hunting down bad guys. In the new version, our journeys were more separate to delay the two of us ultimately coming together. We were all really excited about the level of freedom that the story could take — being able to focus on developing the characters, adding layers of complication and letting the pacing dictate itself.

Graham, what was it like for you to come on board as showrunner after the pilot already had been shot?

Yost I was going to do a pilot for Fox that I’d written with Fred Golan based on an Australian show, The Code. Michael Dinner was going to direct. It was one of those things where nothing can go wrong. And we all know how that goes.… “Yeah, no, we don’t want to do that.” (Laughs.) We were suddenly free. Bryan and I had lunch, and he told me about Sneaky Pete. David Shore didn’t want to stay with the show [after it moved to Amazon].

This is your first post-Justified project, which presumably comes with extra pressure. What sold you on Sneaky Pete?

Yost Free two-day shipping [on Amazon]. No, there’s always pressure…but I liked the whole question of identity and how we all pretend in our lives — that notion of playing roles and secrets and who’s going to get caught. 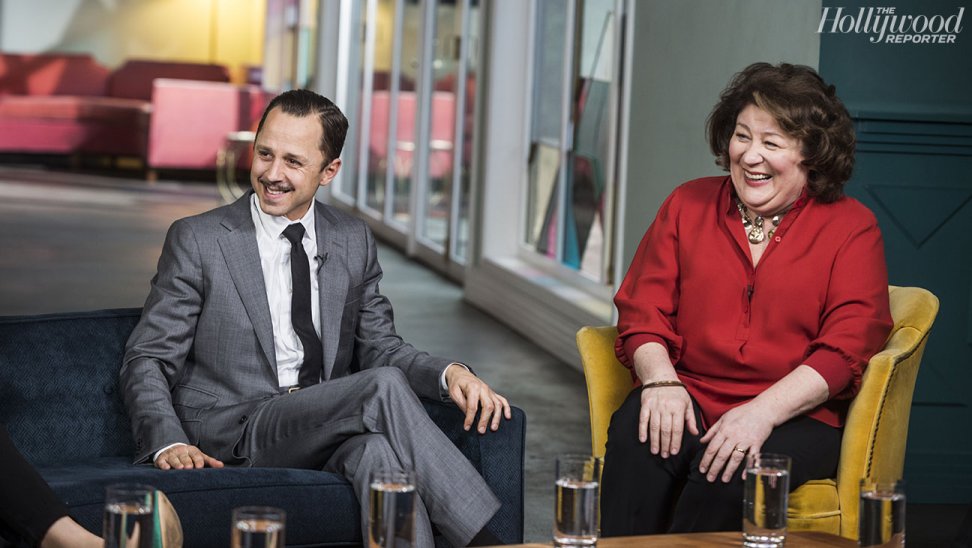 As Walter White, Bryan played one of TV’s most prominent antiheroes. Giovanni, do you consider your character, Marius, an antihero?

Ribisi In the technical definition that we have for antihero, yeah. But for me, what I’m concentrating on is really just the objective, which in the pilot is to extricate my brother Eddie [Michael Drayer] from the claws of Vince [Cranston]. It’s more about looking at what the character needs to do or what his agenda is at that moment.

Margo, what’s it like playing someone who seems to know more than the characters around her?

Martindale It’s fun because my character [Pete’s grandmother] is a very distrustful, suspicious person — and very perceptive. She’s always looking out for the lie, the con, the whatever. So this guy shows up and I don’t know who he is, but he says he’s our grandson. And I don’t want him to go, because I need help with my family [bail bond] business and he seems to know some things. Maybe there’s more to what I think of him. Of course, that hasn’t been revealed to me yet by Graham Yost. (Laughs.)

For the rest of you, how much do you like to know in terms of what’s coming for your characters?

Yost Margo gives me crap because when we worked on Justified together, I forgot to tell her that her character was dying off in the last episode. On my screensaver on my computer for a year was Margo doing this (puts both middle fingers up) to me. (Laughter.)

Ireland As perverse as it sounds, I really enjoy the element of TV where you don’t know what you’re going to get to do next week — and hopefully finding some new little annex of my character that I didn’t know existed. That’s part of the thrill of TV in particular, as opposed to doing a film where you already know the ending.

Bryan, when did you decide you would act in the series as well?

Cranston I was waiting for Giovanni to stumble, and I would do a tap out. Thanks, kid. (Laughter.) No, it wasn’t my intention at all. When we got the mandate from Amazon to refresh the series in a serialized manner, we had three weeks. So we had to quickly put a couple of scenes at the end together, and we had to find the [bad guy], Vince. It was a character that was right for me.… And if it helps in any way, I’m all for that [as a] producer. I told Graham, “My agents are asking, ‘How long are you going to be on this show?’ I told them that I don’t know.” I wanted Graham to go wherever he wanted to go with it. Going into the first day of shooting, I had no idea if I was going to be in every episode, every other episode.… It turns out that it became this involved thing — and it may continue [in season two].

Does the show lend itself to binge-viewing or is it better savored week to week?

Yost Because the first season of the show takes place over a 10-day span, I think there’s a drive to it, and people are going to want to watch it fairly quickly. One of the things Amazon instructed us to do — because this is the first time any of us have done a streaming show — is to have something at the end of every episode that makes people want to let that little clock roll out so they’ll start the next episode. That was a fun challenge to be given. 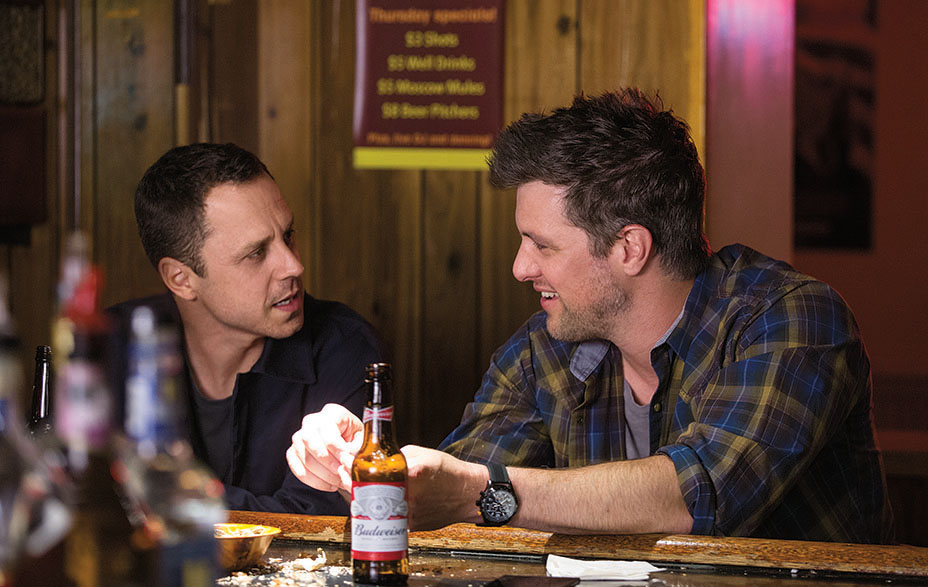 What is the sneakiest thing that you’ve ever done?

Cranston A dear friend of mine, an actor whom I met on a soap opera 35 years ago, was getting married, and I knew all of the details of the wedding. So I wrote a fan letter to him as some female hick from some trailer park somewhere. “I don’t want you to marry no woman other than me.” I would send one a week. Like, “Goddamn you! You can’t marry that bitch! I’m gonna stop it!” They just kept getting crazier and crazier, and I would reference the date of the wedding and the church [where it was being held]. My friend came to me: “You’ve got to help me. There’s someone, she’s crazy.…” He was shaking. “She knows where [the wedding] is, she knows what time it is.” And I go, “Oh my God, it’s like I wrote it myself.” And then he just looked at me. “Son of a bitch!”