Marti Noxon sidles up to the counter of her favorite Studio City breakfast nook, scans the menu and orders herself a plate of corned beef hash. “I need a proper meal,” she says, before rattling off a comprehensive list of what she’d eaten the evening prior: a protein pack, some beets, a bag of chips … “I was lying in bed last night adding up the calories of my horrible day of eating and then deciding whether I could have this or that for my dessert, and I was like, ‘When am I going to be done with this?’ I mean, my vagina is dead, I’m sexually irrelevant, who the f— cares? At what point do I decide that I can stop?”

This is the remnant of an eating disorder so severe that Noxon spent much of her teens and early 20s in and out of hospitals. Now 52, the writer-producer has found ways to mine that trauma, along with others she’s experienced, for source material. In recent years, she has channeled her struggles with body image into AMC’s upcoming Dietland, bullying into Lifetime’s UnREAL, divorce into Bravo’s Girlfriends’ Guide to Divorce and anger into HBO’s Sharp Objects. Tapping into a more personal vein has made Noxon one of the most prolific and successful producers in television. And on Jan. 22, she’ll shift to film, where she’ll make her directorial debut at the Sundance Film Festival with To the Bone, starring Lily Collins as a thinly veiled version of Noxon’s younger, frighteningly frail self.

“It’s this Noxon family trait to want to put your finger in the painful thing and go, ‘Does this hurt? Does it hurt now? Does it hurt if I talk about us and my life? Like, will you punch me if I keep doing this?'” says the single mother of a 12- and 14-year-old with her writer ex. “But if that’s where the most authentic writing is going to come from, I’m going to go there and hope that I survive and that you’ll still speak to me.” 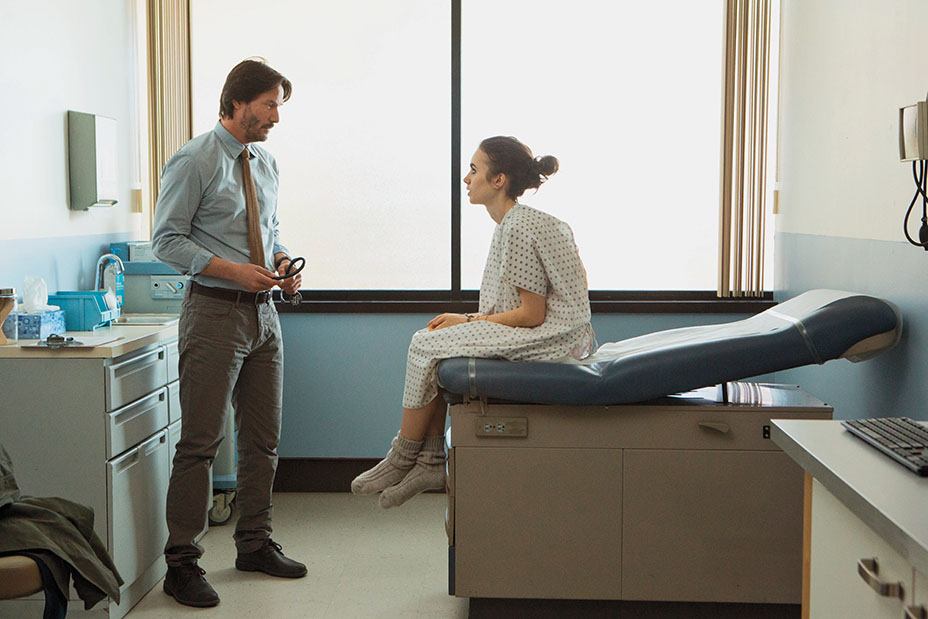 The film, which is being positioned to distributors as an emotionally wrenching young adult tale, is Noxon at her most revealing. It covers in searing detail her near-death battle with anorexia as well as the erratic and confusing behavior of her parents during that time. Though she has yet to show the film to her mother (her father passed away weeks after it wrapped), she did screen it for her younger brother, Chris, a novelist, and his showrunner wife, Jenji Kohan. Chris, like others who have seen or read early iterations, found himself in a puddle of tears.

“Marti’s a dynamo, an open, emotionally available, hot-mess genius,” he says, arguing that Noxon’s more recent embrace of deeply personal subject matter has made her a stronger storyteller. “She’s gone through some stuff — she got sober, then she wasn’t sober, then she was sober again, then she was divorced, then she was in another relationship — and she’s really working through it all in a very open-hearted, kind and fierce way. And her best work comes out of those really intense, honest evaluations of herself.”

Noxon got an early start gathering material during a rocky childhood that had her shuttling between Santa Monica and North Hollywood. Her parents split when she was 8, leaving her with only sporadic memories of her distracted father, a documentary filmmaker who often was off in far-flung locales. She and her brother were raised largely by their artist mother, a lesbian who suffered from bipolar disorder that went undiagnosed until many years later.

“There was a lot of stuff happening that we didn’t have a name for or a way to explain,” she says, “like why is this day a day when mom is having trouble getting out of bed? Or why is this day a day when she’s got tons of energy and she’s super charismatic and everything is great in capital letters?” Noxon chuckles now at her childlike attempts to control the chaos around her, which often took the form of superstition. For instance, young Marti — then Martha — would convince herself that wearing purple socks on Wednesdays would mean Wednesdays would go a certain way. 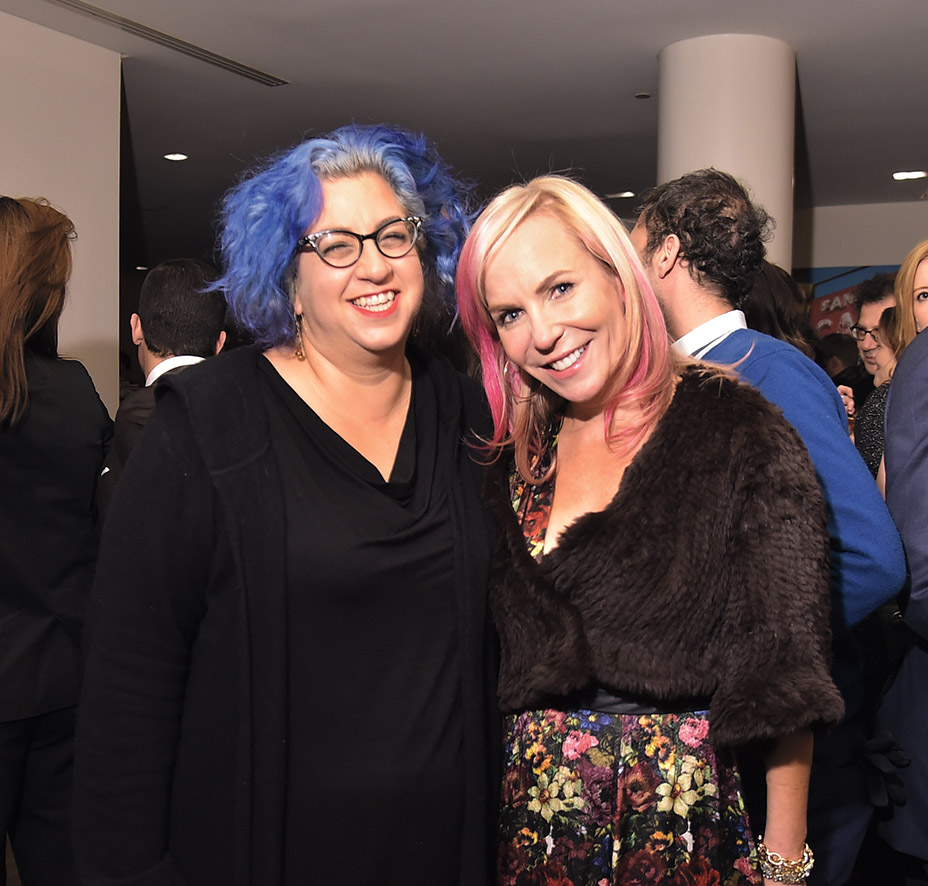 By middle school, Noxon’s desire for control had moved to her weight. She and a pal agreed, with the help of a calorie-counting notebook, to lose a few pounds ahead of seventh grade; the friend quickly grew tired of dieting, but Noxon was hooked. “I literally couldn’t stop,” she says. “And you get rewarded. People would walk up to me, until I got terrifying-looking, and be like, ‘Tell me your secret.’ And if I had said, ‘I swallow a brick every morning,’ they would’ve been like, ‘Which brick? Where can I get it?’ Which just shows you how f—ed up our priorities are. I mean, I’ve had people say to me, ‘I wish I could get a touch of anorexia,’ and I’m always like, ‘Oh f— you.'” 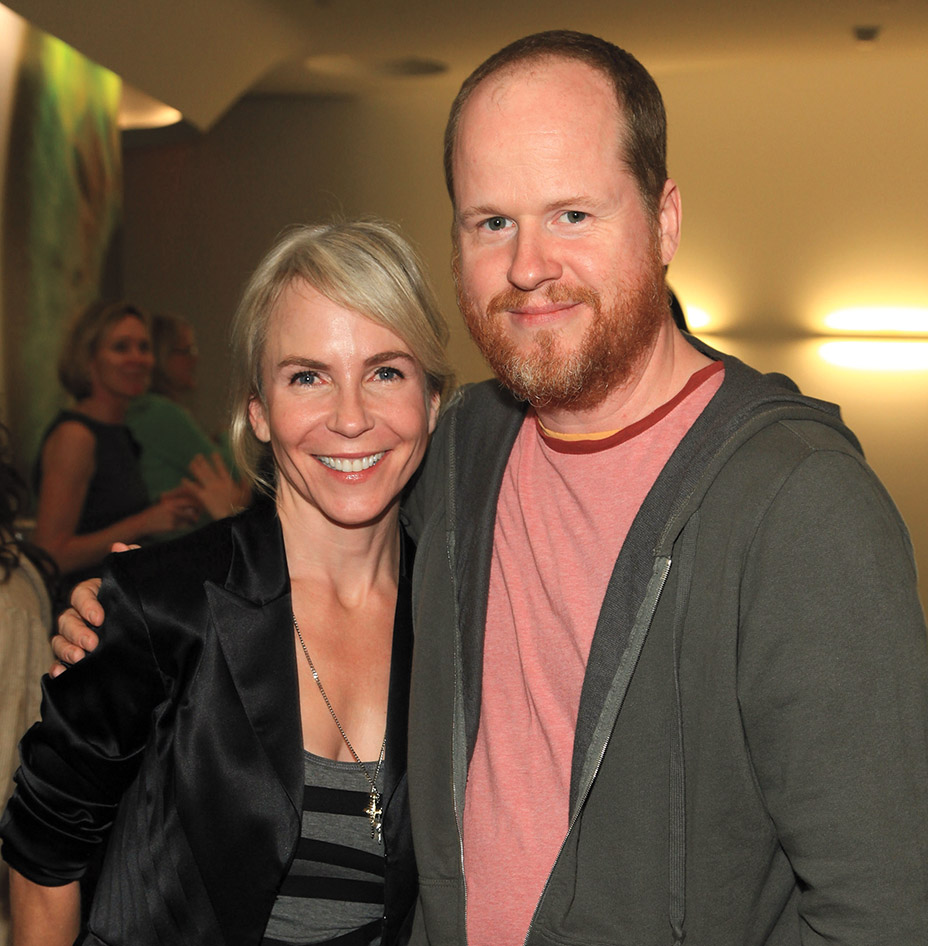 Noxon ultimately would get her life in order, spending much of her 20s trying to make it in Hollywood, first as an actor, then as a writer. Her big break would come a couple of years later when Joss Whedon hired her to write for his cult hit Buffy the Vampire Slayer. He’d been impressed by a handful of her grim spec scripts — several with suicide as a theme, earning her the nickname “suicide girl” — and saw her as a kindred spirit. “She’s completely inappropriate, incredibly emotional and funny as f—,” he says. “It’s like looking in a really, really, really flattering mirror.”

In the decade or so that followed, Noxon racked up credits on some of TV’s hottest shows, including Grey’s Anatomy, Mad Men and Glee. “I was really building a career as a strong second, because for a very long time I didn’t know if I was good enough [to be No. 1],” she says. Then came Girlfriends’ Guide, the critical piece of Bravo’s scripted push, which buoyed her confidence, followed by Peabody winner UnREAL, a co-creation with newbie Sarah Gertrude Shapiro. (She left UnREAL early in season two, citing creative differences with Shapiro.)

In a matter of months, Noxon’s status rose from talented lieutenant to one of the most in-demand creators in television. She signed a seven-figure deal at Skydance; ginned up a bidding war for her Dietland adaptation; and lured Amy Adams to TV as the star of Gillian Flynn’s Sharp Objects for HBO.

Along the way, Noxon says she has had to learn how to let go of her desire to be liked. “I can’t be interesting, controversial and the writer I’d like to be if I need everybody to like me and think I’m doing the right thing, because those two things, in my experience, never go hand in hand,” she says. “For women, that’s a tougher nut to swallow and we get painted with the bitch brush 10 times faster.” To hear Noxon tell it, being a successful female in an industry still dominated by males has become more challenging, and the roadblocks — be it in opportunities, respect or pay — more intense. At multiple points in her career, she says, she has had to fight being written off as a “hysterical female.” 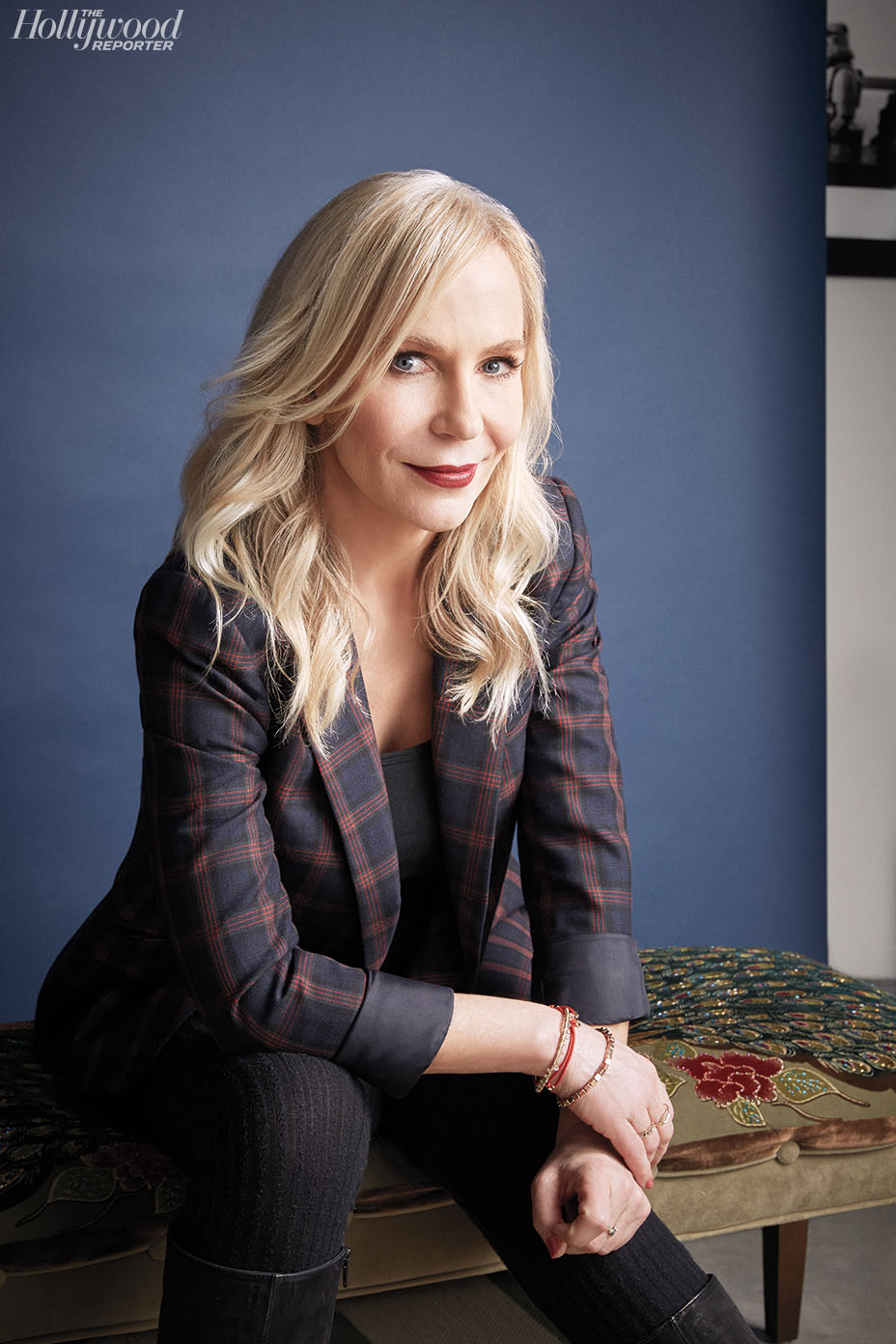 While Noxon is reluctant to cite more specific examples from her own past, she’s quick to throw out a theory regarding the shift: “The status quo is never happy when things become a meritocracy,” she argues. “Because the system used to be, ‘Hey, I get my stuff ’cause of where I was born and who I was born to,’ and now the system is turning into, ‘Oh, I have to fight this person with a dry vagina for my stuff or this guy with a last name I can’t pronounce? F— that, and f— you.’ That anger feels like it’s coming out in ways I’ve never seen before.”

As Noxon’s résumé has grown, her demons have multiplied; though she suggests the latter development has more to do with being a middle-aged woman than it does a successful producer.

“It’s interesting because the first batch of really struggling with control and escape and all that happened when I was nearing adolescence, and the second one came with the onset of early menopause,” she says. “I was like, ‘Oh, here I go into another giant chemical shit storm and let’s add to this one the little caveat that I’m no longer sexually relevant. In case you ever wanted to get laid again, it’s not happening. Your vagina is broken. Welcome to 50.'”? Noxon isn’t nearly as forthcoming when it comes to the “old behaviors” that became a problem again, except to say: “I was able to almost immediately pull the ripcord and say, ‘I feel this stuff coming back on; get me to a good doctor. I have kids. I can’t do this. I have a life that I have to protect.'” For a time, her Instagram feed regularly featured a stuffed unicorn, whom she named “Horchata her sober buddy” and which often was by her side. (The unicorn was not present at our breakfast. “As I get safer in the world, Horchata can stay home more often,” she says, confirming that she has been sober for “a while.”)

As she pushes what’s left of her corned beef hash around her plate, she tells me: “If there’s a theme to where I’m at in my life, it’s that ‘warts and all’ is actually my superpower. Just like you, I’m messed up and I’m capable. I’m this and that.”

A couple of hours after I leave Noxon, an email from her pops up in my inbox. She had stolen a glimpse of a few photos during the shoot for this story and had some concerns. “While everyone said they looked pretty,” she wrote, “I’ve spent a great deal of time since wondering why my upper lip is so freakishly large. … I’d prefer they pick a more smiling one where said freakish upper lip is less obvious.” She goes on: “So while I’d like to say I have evolved past my self-obsession and self-loathing issues, let’s just say I’m a work in progress.” 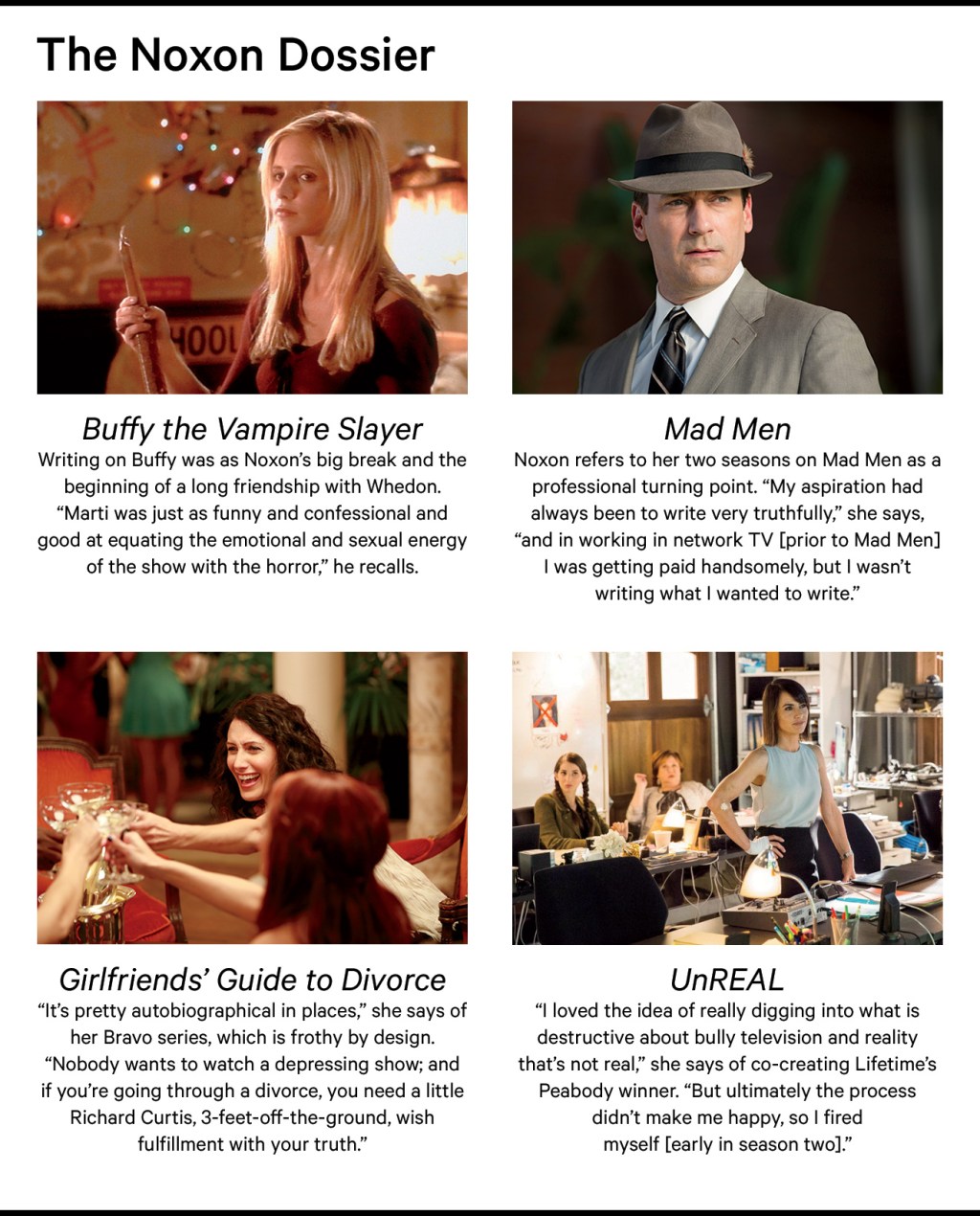