After two decades of awards-season roundtables gathering Hollywood’s top creative talents for frank, funny and memorable conversations, THR this year decided to throw out the rule book for the final star-studded sit-down of 2017: Instead of splitting up male and female actors (as almost all honors do, from the industry-establishment Oscars to the indie-minded Spirit Awards), the Dec. 7 discussion at West Hollywood’s Quixote Studios was a co-ed affair. And instead of taking place in a clinically silent, closed studio environment, it was conducted before a live audience of Hollywood insiders who took in the proceedings with laughs (especially at 61-year-old Last Flag Flying star Bryan Cranston’s impish one-liners), sighs (at the cautiously hopeful comments about sexual harassment in Hollywood from In the Fade’s Diane Kruger, 41, and The Shape of Water’s Octavia Spencer, 47) and a few gasps (mostly to do with I, Tonya’s Margot Robbie, 27, and a severed foot — read on). These stars, together with Call Me by Your Name’s Armie Hammer, 31, and Good Time’s Robert Pattinson, 31, didn’t let the 200 people watching cramp their conversational style — they’re actors, after all — as they animated one of the most competitive awards seasons in memory with a lively back-and-forth about the craft that unites them and the kind of artists, leaders and mentors they want to be.

Feinberg Forecast: Scott's First Read of the Race to the 95th Oscars

If you could sit down and really talk to somebody one-on-one for an hour, who would it be?

SPENCER Barack Obama. “Why did you go, Barack?” (Laughter.) I would like to talk to Barack and Joe Biden, and gain some perspective from people who have been in the job, perhaps say, “What can we as citizens do when the country is so separated and polarized?”

CRANSTON Well, I have already sat and chatted with Barack.

CRANSTON Sorry, sorry, that’s a nasty habit. That was my joy — that I was able to sit down with him in the Oval Office for an hour and a half, and there was a moderator from The New York Times.

CRANSTON There were times when I forgot who I was talking to, and he was just a guy. He is a little younger than me, but he has daughters as I do. He is a dad; he was very athletic. Didn’t have a father growing up, neither did I. There were a lot of things that we had in common. And then all of a sudden I’m going (under his breath), “I’m in the Oval Office!”

When you were a kid, what did you get in trouble for?

CRANSTON In high school, I had two ID cards. One was Bryan Cranston, and one was Bill Johnson. Bill Johnson was the one I would whip out whenever I got into trouble. And Bill Johnson got into a lot of trouble. (Laughter.)

Well, you are an actor now so …

PATTINSON Yeah. It’s weird, one of the only detriments to getting any kind of fame is you can’t really lie anymore ’cause everyone finds everything out and it’s awful.

You meet interesting people in your job. Obama aside, who stands out?

HAMMER We were shooting [2013’s] Lone Ranger, and Tom Wilkinson had to do a thing where he pulls out a pocket watch and flips it, and it opens on his hand. It was a cool little trick. So because they had a borderline unlimited budget, they’re like, “Let’s bring in the yo-yo world champion.” He was like, “That’s not a yo-yo.” And they go, “Yeah, but can you help him do it?” And he goes, “Yeah, you pull it out of your pocket and you do that.” Tom goes, “Like this?” Click. And he’s like, “Yeah, just like that.” And then he was with us for the rest of the movie. (Laughter.)

SPENCER [I met] John Douglas who was the bureau chief for the behavior sciences unit for the FBI. And I’m like a total serial killer nerd. So I read his book, Mind Hunter, that was like 15 years ago. And I got bumped up to first class, and the flight attendant, they said his first and last name and, “Would you like chicken or fish?” And I’m like, “Oh, my God, I love you!” And I talked to him all the way from Los Angeles to Atlanta.

KRUGER This year I decided to get my motorcycle license in deep Georgia at a Harley dealership. This is how crazy Americans are, because in Europe, it’s three months to get your license. I never left the parking lot, and in four days they handed me my license. 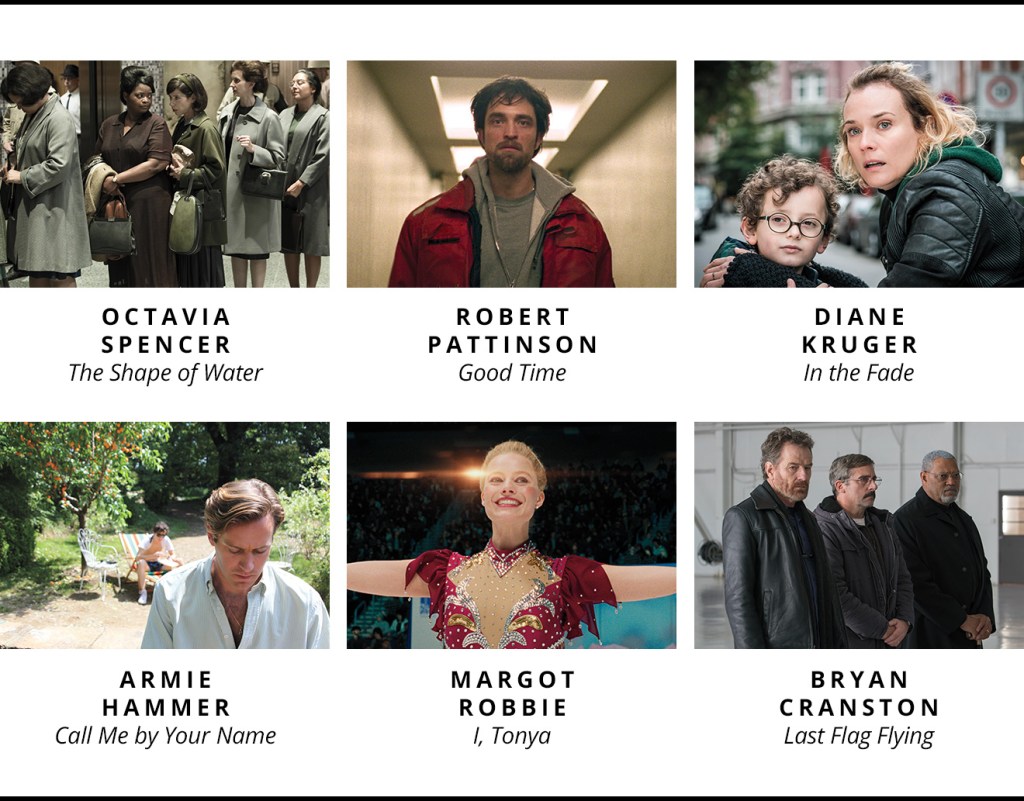 HAMMER You should try buying a gun; it’s even easier. (Laughter.)

KRUGER We never went into real traffic! But it was me and 20 Harley-Davidson guys. I was completely fascinated. I had never met anyone like this. They thought I was nuts: “What is this girl doing? You’re going to drop the bike.” And I kind of did, but they picked me up. It was awesome. And I’m still in touch with them.

ROBBIE I recently did a film, and the director asked if everyone could write down the craziest thing that has happened to them in their lives. I had spent two months with this group of people, probably about 60 people, and everyone seems super normal. And then everyone had to write down the craziest thing that happened to them, and it was released on the last day, and you had to guess whose story matched up with who. It just reminded me that fascinating people are everywhere. Everywhere. Someone had been engaged to the princess of Zanzibar. Someone else had been in a plane crash where only 10 people survived. It just reminds you there are fascinating stories everywhere. Everyone has a story.

What was your story?

ROBBIE I once found — and no one guessed that this was me — I found a human foot on the beach in Nicaragua.

CRANSTON And she uses it as a door stop. (Laughter.)