When a very pregnant Allison Schroeder arrived at her first THR Writer Roundtable, she had a confession: Her husband (fellow writer Aaron Brownstein) once told her that their relationship never would have moved past the first date if he hadn’t liked her writing. “I had just done a web musical and it was online,” recalled Schroeder (Hidden Figures), 38. “And before the second date, he watched the whole thing to make sure I wasn’t a terrible hack because he’d decided he could not be with me for the rest of his life if we had to lie to each other about our writing.” Brownstein would have felt comfortable at the Nov. 11 gathering, where his wife was joined by some of the best writers in film: Pedro Almodovar (Julieta), 67; Tom Ford (Nocturnal Animals), 55; Kenneth Lonergan (Manchester by the Sea), 54; Noah Oppenheim (Jackie), 38; and Taylor Sheridan (Hell or High Water), 47.

Is there a dream project you have that you haven’t made yet?

ALMODOVAR The Aspern Papers by Henry James. This is a story that for a long time I wanted to adapt. But the question is always: This is the kind of a story that should be in English [not Spanish]. So, I don’t know.

FORD I’m just starting, so I don’t know yet. This is my second film, and I need a little space from it to know what’s coming next. [But] I’ve written something that’s very politically incorrect; I’m not sure that I could make it — which kind of makes me want to.

SCHROEDER [I have a] Stand by Me for girls, sort of about my time growing up in Florida. The fictional part is the journey to scatter the ashes of my best friend’s father. It’s got a quirky sense of humor. Florida is a quirky place, so you’ve got to lean into it. And there’s a miniseries about the hidden women of history that I want to do. I’d also love to remake Clue, and I’m ready to do a Broadway musical.

FORD Oh my God. You’ve really got it lined up.

SCHROEDER People tell me I’m very ambitious right now. But I just have a lot of stories in my head, and why can’t I do them all? 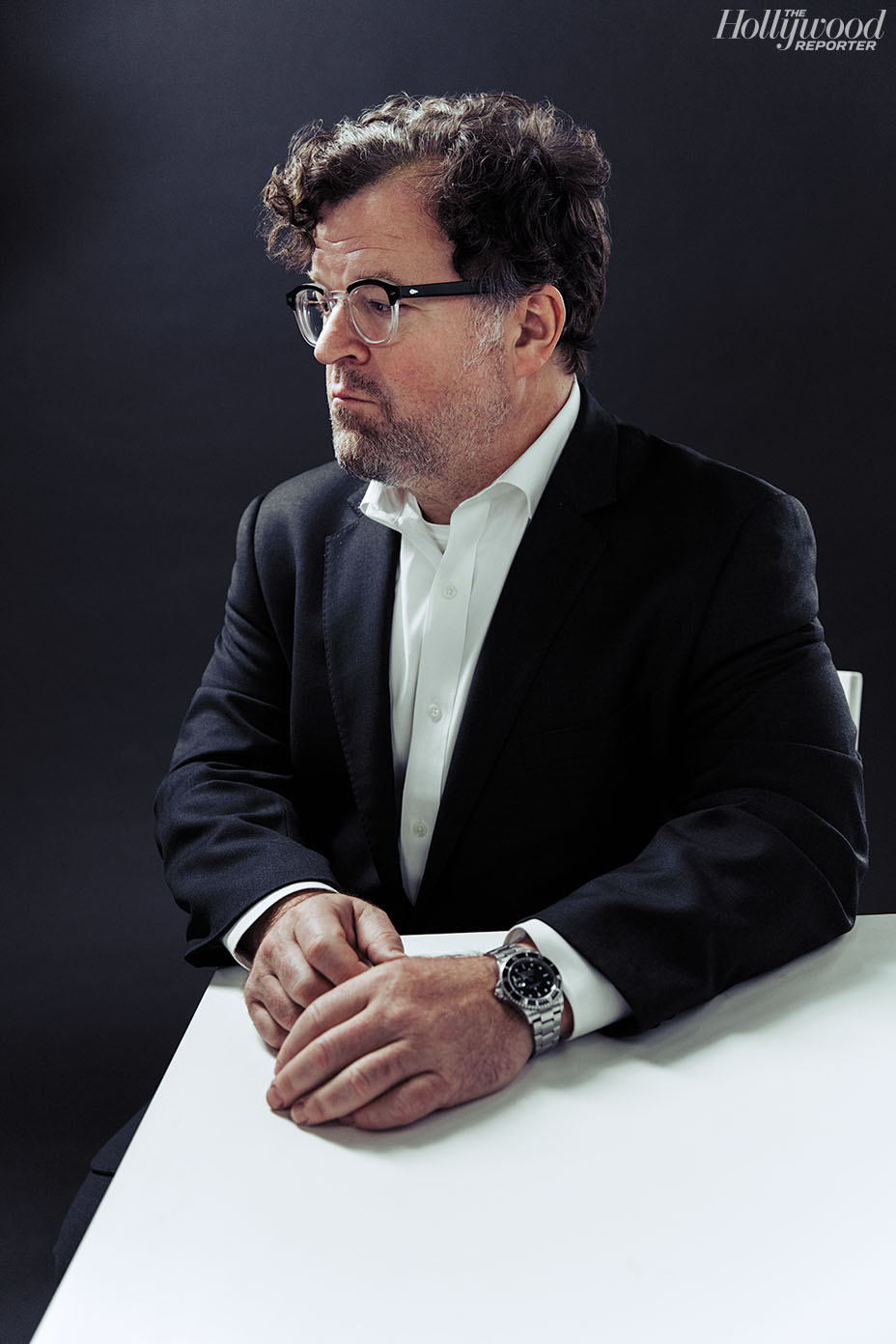 SCHROEDER I’m ready. I would like to do a Bond [film]. I’m thinking about the Bond girls and how I’m going to change them and make them revolutionary. At some point, they’re going to save him.

OPPENHEIM I have an original that I wrote two years ago, inspired by A Face in the Crowd, about a guy who’s plucked from obscurity, a bit of a populist demagogue. But this was before the current presidential election. Real life, unfortunately, has taken all the satirical bite out of that script because it so far exceeded anything that I depicted.

FORD Does anything have satirical bite anymore?

SHERIDAN They wouldn’t even be satires.

LONERGAN I’ve always wanted to do an adaptation of The Once and Future King, the King Arthur novel. Or possibly the source material, Le Morte D’Arthur, by Thomas Mallory. I’ve never seen a King Arthur movie that I loved as much as that book. 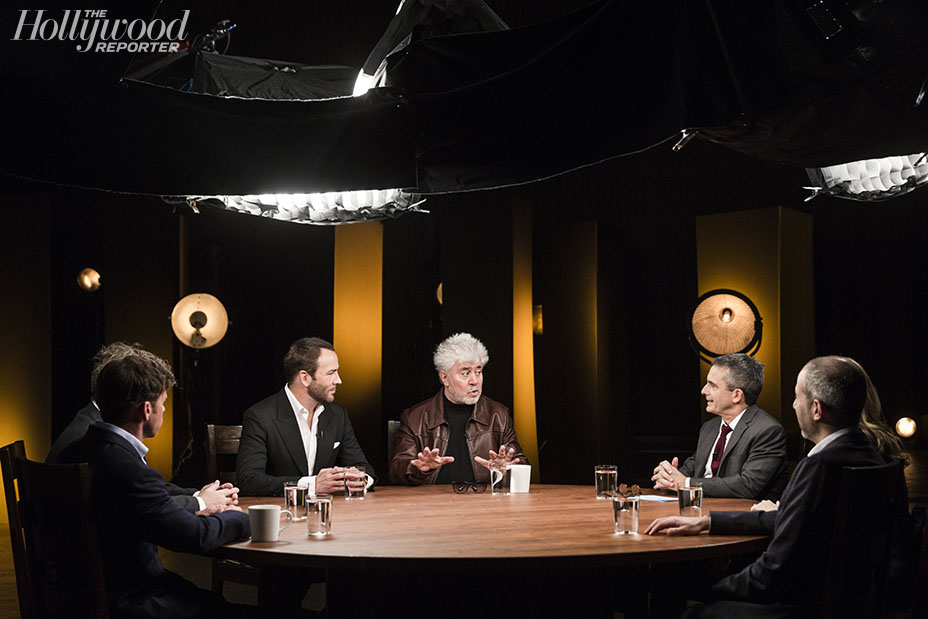 What one piece of writing would you take to a desert island?

LONERGAN [Marcel] Proust. [Remembrance of Things Past. I’d like] Proust — and a French dictionary, so I can also teach myself French on the desert island.

ALMODOVAR I’d select the stories of an American writer, Lucia Berlin. This lady is a hybrid between Charles Bukowski and Raymond Carver, but everything [she writes] is full of life. I could probably live with someone like that, very funny, and learn a lot of things.

SCHROEDER Agatha Christie, The Young Adventuress. I just thought that was a masterpiece, and it inspired me to write.

FORD I would take something quite philosophical, I’m afraid: The Tao Te Ching, by Lao Tzu, which lies on my bedside table, and I read a sentence or so every night as I go to bed and contemplate it.

OPPENHEIM Slouching Towards Bethlehem, by Joan Didion. I have a day job as a journalist, and I think what she does — turning history and real life into literature and poetry — is really extraordinary.

SHERIDAN Audubon’s Field Guide to desert island fauna — something very useful. I have this weird thing with novels, where I have a lot of trouble finishing them, and I usually stop half a chapter before they’re done because then the story still lives in my head. I get really depressed when I finish a novel. I don’t want to be alone on a desert island and then finish one, so I would vote for some help-me-survive guide.