Both Carl Reiner and Dick Van Dyke have always loved silent-movie clowns. At one point, they even teamed up to tell the story of one — a fictional composite of Charlie Chaplin, Buster Keaton and other superstars who was portrayed as a lying, cheating, egotistical jerk.

The movie — which opens on the protagonist’s funeral, then jumps back through time — was called The Comic, and, shortly after it hit theaters in New York exactly 50 years ago on Nov. 19, it disappeared. But Van Dyke and Reiner can’t quite forget the film, which has become an odd footnote in their legendary careers.

By way of backstory, Van Dyke, now 93, recalls to The Hollywood Reporter how he became friends with his silent-era idols Stan Laurel, who died in 1965, and Keaton, who passed away the following year. “I was looking through the phone book one day and there was his name,” recalls Van Dyke. “I thought, ‘It can’t be!’ [But] I called and it was Stan Laurel! He had seen our show and knew who I was” —  in fact, Van Dyke and Henry Calvin had re-created a Stan Laurel and Oliver Hardy sketch in a 1963 episode of The Dick Van Dyke Show called “The Sam Pomerantz Scandals” — “so I went and visited him on several occasions. I have some wonderful pictures of the two of us up in his apartment.” Van Dyke also discovered Keaton in the phone book and visited him at his house in the San Fernando Valley.

Even before the Van Dyke Show ended in 1966, creator-producer-writer Reiner, now 97, and Van Dyke often talked about paying homage to these silent clowns. But both were busy with other projects almost immediately. Van Dyke was in demand for films — starring in such hits as 1967’s Divorce American Style and Fitzwilly — while Reiner directed his first feature, the well-received Enter Laughing, based on his semi-autobiographical novel. He also wrote and starred in the Emmy-winning The Sid Caesar, Imogene Coca, Carl Reiner, Howard Morris Special, which reunited the cast of Your Show of Shows.

But in 1968, the duo set to work rewriting an old script at Columbia with Aaron Reuben. “What we were going for really was authenticity. We wanted to make it look like the era [as best] we could,” says Van Dyke, who even visited a couple of silent-film actors at the Motion Picture & Television Country House and Hospital “just to talk and see what life was like.” 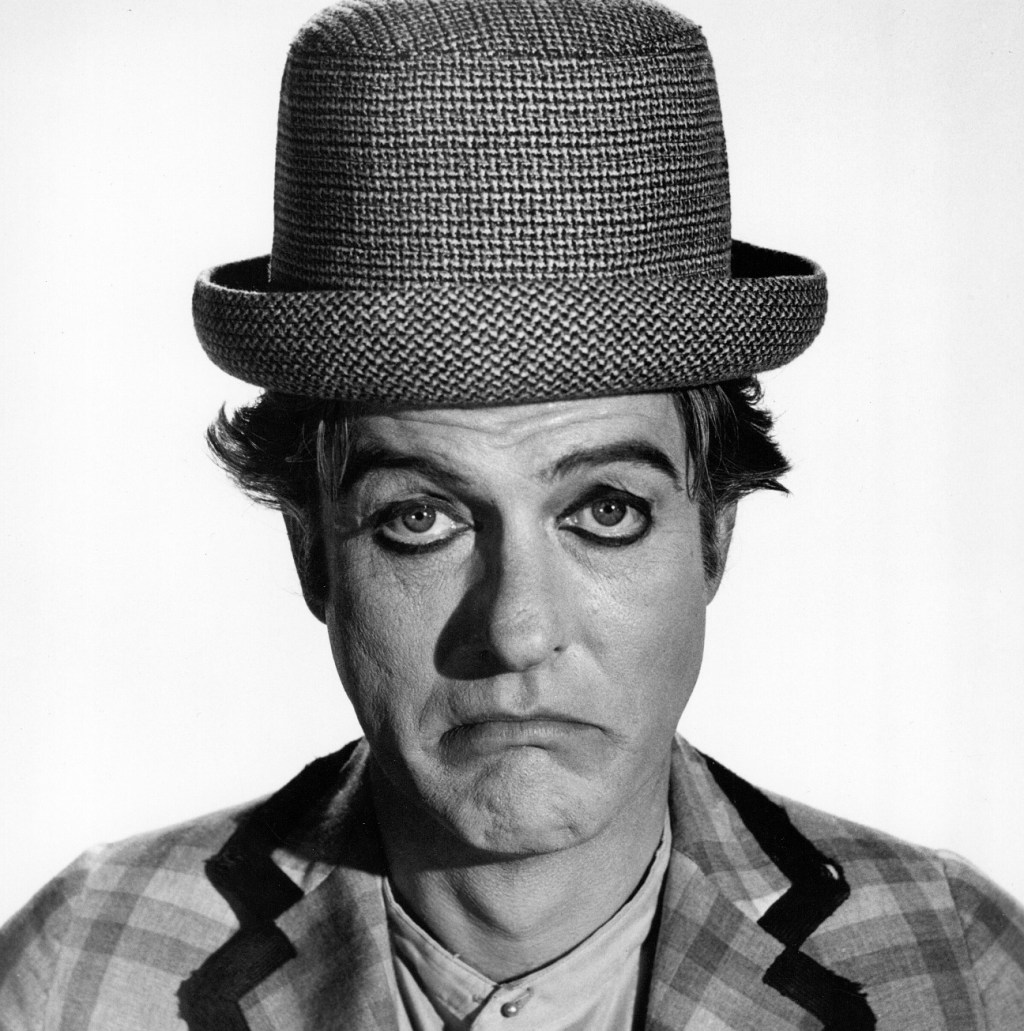 The end result, The Comic, opened on Nov. 19, 1969. The film is full of loving re-creations of black-and-white silent-film comedies, highlighting the rubber band–legged Van Dyke’s extraordinary slapstick skills. Helping him with the comedic magic are co-stars Mickey Rooney and Michele Lee.

Reiner was amazed at what Van Dyke accomplished in the silent comedy sequences. “He walked in and out of each set and became different characters. One afternoon we did 10 or 12 silent movies. He would put on a suit and put on another suit. It was really a tour de force,” Reiner recalls.

The rest of the film, says Reiner, is “melodrama,” chronicling the rise and fall of fictional silent comic Billy Bright, who was his own worst enemy. Even 50 years after its release, it’s a bit difficult to watch Van Dyke play such a jerk. A womanizer — he even cheats on his wife when she’s pregnant — and an alcoholic, Bright runs roughshod over everyone in his life.

“I never really enjoyed playing the bad guy,” says Van Dyke. But in the case of Bright, “it seemed a little shivery to go the other way [and be nice]. A lot of those guys were kind of like that.”

Reiner says there is a lot of Keaton in Bright, though “there were other comedians who had the same problem he did.” Keaton battled alcoholism after his career stumbled when he moved to MGM in the late 1920s. His ex-wife, Natalie Talmadge, changed their two sons’ last names to hers and wouldn’t allow Keaton to see them.

In the film, there is a devastating moment when Bright goes to his ex-wife’s house and ends up attempting to kidnap his son. But since he had been an absent father for four years, Bright doesn’t know what his son looks like and ends up grabbing the neighbor’s son instead. And during one of Bright’s benders, he marries an equally drunken woman, only to wake up not knowing who she is. Reiner borrowed that incident from Keaton’s real life, when he married a nurse named Mae Scriven in 1933 during one of his binges.

Keaton, though, turned his life around in 1940 after marrying Eleanor Norris, who is credited with getting him sober and resurrecting his career. Bright has no such redemption in the film. Narrating the story of his life from his coffin at his funeral, Bright still hasn’t a clue that he was a horrible person.

But as big a success as The Dick Van Dyke Show was, The Comic drifted into obscurity. “The picture opened and closed the same week,” recalls Van Dyke.

One of the possible reasons for the film bombing was Columbia Pictures’ marketing campaign. The studio played up Van Dyke’s image as the beloved comedic actor of the sitcom, as well as such cheery movie musicals as 1964’s Mary Poppins and 1968’s Chitty Chitty Bang Bang. Emblazoned on the poster was the tagline “A Funny New Motion Picture That Tells Hollywood Like It Was!”, complete with a photo of a grinning Van Dyke dressed in a silent-movie clown’s baggy pants, ill-fitting jacket and hat. “The on-screen belly laughs and off-screen heartaches of The Comic in the days when they really socked it to you!” the copy read, offering little hint at the film’s darker themes. Even more baffling, the movie opened in some areas at the top of a double bill with violent revenge thriller The Desperadoes.

In THR‘s Nov. 5, 1969, review of the film, critic John Goff called it a “likely BO disappointment,” noting that while Van Dyke gave a “fine portrayal” of the composite character, there were scenes in the film that were awkward enough that “the question of ‘Why did I laugh?’ arises.” Other mixed reviews rolled in. The New York Times‘ Roger Greenspan said the film played “as if it were an extension of The Dick Van Dyke Show gone sour and very complicated. It isn’t a good movie, but it is often an interesting one.”

One person who did see the film when it was released was Mick Garris, whose writing credits include 1993’s Hocus Pocus and directing credits count TV miniseries The Stand (1994) and The Shining (1997), both adaptations of Stephen King novels. Van Dyke, notes Garris, “was always so sunny and positive and fun and wholesome. Then there was this unexpected darkness that he really did well. I think had they sold it as ‘the other side of Dick Van Dyke’ — other than something called The Comic with a graphic of Dick Van Dyke in his silent-movie makeup as a funny man — it might have reached a different kind of audience rather than not reaching any audience at all.”

Both Reiner and Van Dyke are still very proud of The Comic. Reiner is effusive on the subject of Van Dyke’s performance. “He deserved the Academy Award,” Reiner says.

For his part, Van Dyke has a few regrets. He isn’t thrilled with his stereotypical depiction of Bright’s gay adult son (he also played that role) who visits Bright briefly after he has a near-fatal heart attack. “I do get some flak from people who are gay and have seen the movie that [the performance] wasn’t good,” notes Van Dyke. “It was a little over the top. If I had to do over again, it would have been more [complex].”

Also, there was one comedic bit Van Dyke still wishes he had been able to add to the scene where the elderly Bright is sitting in his tiny apartment watching one of his own movies on TV and eating an egg for breakfast. “I wanted to just lift my leg and break wind,” he says, laughing. The studio nixed the idea. “Back in those days you couldn’t [break wind on camera].” He adds, “You could do that today.” 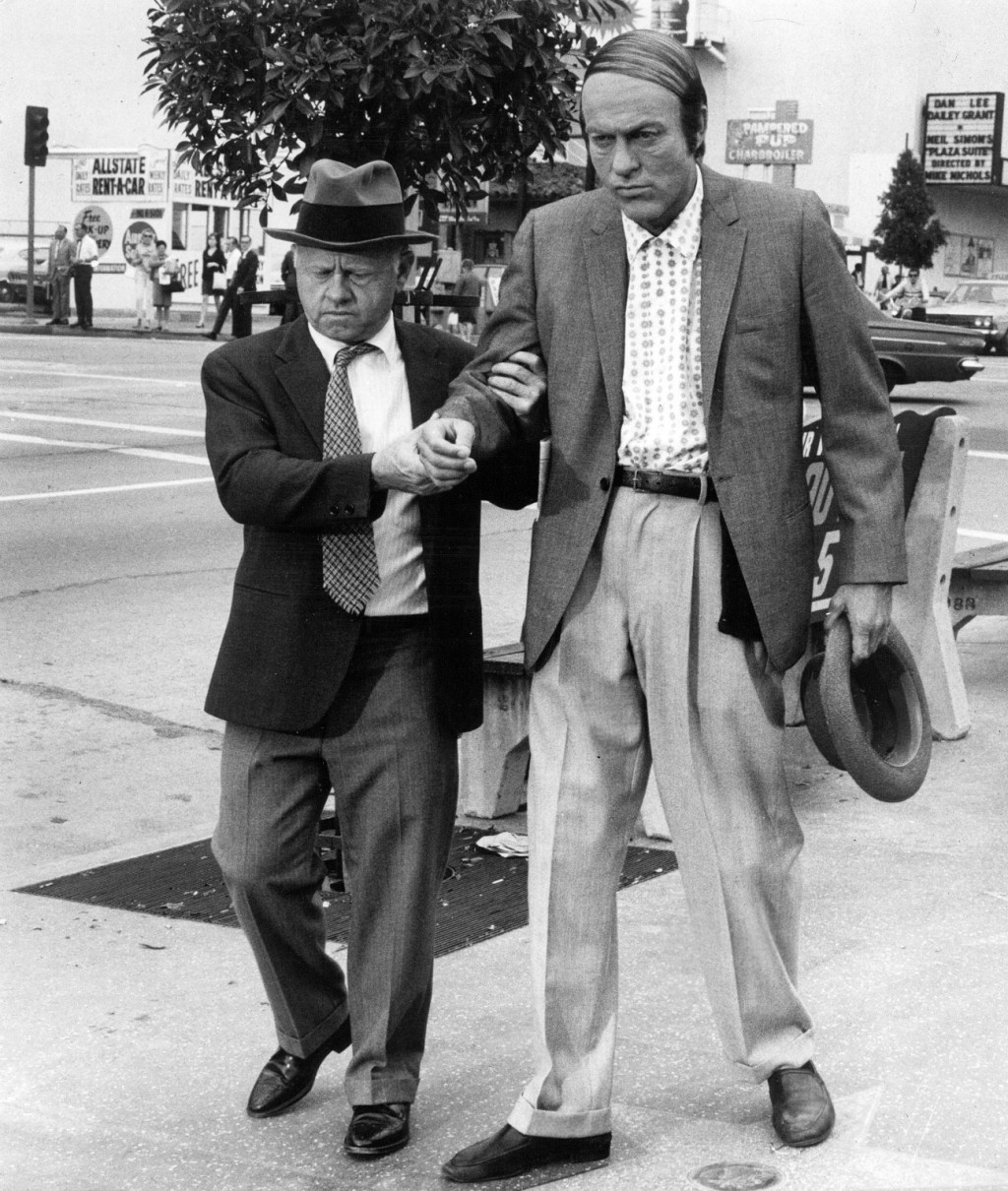