[This story contains minor spoilers for A Quiet Place]

As director and star, John Krasinsksi has his fingerprints all over A Quiet Place. But on a more fundamental level, the rewrite work he did as co-writer shaped the direction of the film from the day he boarded.

Krasinski performed a rewrite on the script, injecting his own ideas while retooling others conceived by screenwriters Bryan Woods and Scott Beck. The resulting film, about a family trying to survive in silence in a world overrun by sound-hunting monsters, opened to a thunderous $50 million over the weekend. Krasinski shares the screen with his real-life wife Emily Blunt and young stars Noah Jupe and Millicent Simmonds, who play their children.

“The idea that the family poured beach sand everywhere and they walk on the sand paths for silence, that was all John,” producer Andrew Form tells Heat Vision.

The shocking death at the opening of the Paramount film, which sees the family’s third child killed by the creatures, was also handled differently in the previous draft.

“Initially, there were flashbacks where the characters talked. Also, the sibling’s death was handled in a flashback. John was adamant that we get rid of it, making it present day and kept the urgency of the storytelling,” says Form.

Form’s and his Platinum Dunes partner Brad Fuller’s journey on A Quiet Place began when they received a rather unorthodox script by Woods and Beck, complete with illustrations.

“When you open the script and realize that it’s 67 pages with drawings and a map. There were only three or four pages of dialogue in the whole movie,” says Form. “I started reading it the day we got it.”

Both producers were actively working with Krasinski on Amazon’s upcoming Jack Ryan series, in which he stars. They initially approached Krasinski for the role of the father, and were surprised when he came back a week later to say he would like to take a pass on the script with an eye to directing.

Fuller admits he was caught off guard by the actor’s ambitions to helm the film, but soon they understood he was the right filmmaker for the job. 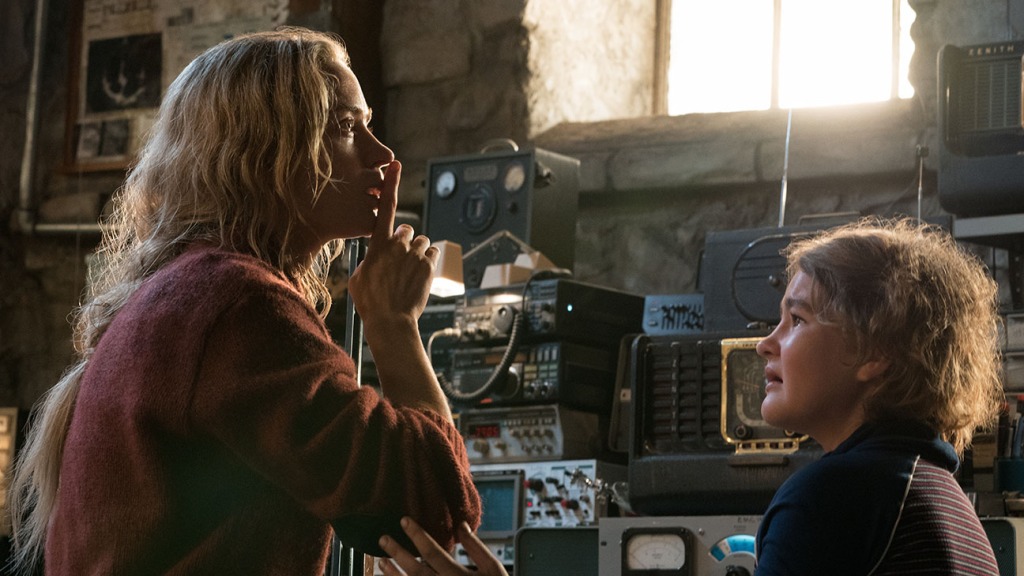 “Once he started talking about the material, we saw that his insights were really smart and we were inspired,” says Fuller. “Our company was founded by Michael Bay after Jerry Bruckheimer gave him his first opportunity. So in essence, our company was founded on supporting first- and second-time filmmakers. We give them a level of protection that they might not otherwise have.”

After many location scouts, the team settled on a small farm in New York to double as the family’s home.

“When we found the farm, we immediately locked it down and planted the corn so that it would be ready in time for the shoot,” says Fuller.

Form notes Krasinski is a filmmaker with laser-like focus, and that extended to the most minute details.

“You could ask John any question about an object on set. ‘Why is that chair there?’ He would instantly have a detailed answer as to how it related to the Abbot family and why it was there. You couldn’t stump him,” says Form.

“I was there when he played it for Marco [Beltrami, the film’s composer]. We actually had a marketing meeting at Paramount and we played that song for them. So they could get a feel for the tone and vibe of the film,” says Form.

Wonderstruck actress Simmonds delivers a powerful performance as part of a family trying to survive in utter silence. Like her character Regan Abbott, Simmonds is deaf in real life, and landed the role in part because Wonderstruck casting director Laura Rosenthal also worked on A Quiet Place.

“Millie sent in a self-tape from her house and we were all blown away,” says Fuller. “Once we saw a couple of her scenes in Wonderstruck, which was still in post, we cast her immediately.”

“There were no lists or auditions, it was Noah, Millie, John and Emily. It’s the only movie I’ve made where I didn’t have to cast it with a lengthy audition processes,” Fuller notes.

Simmonds taught the cast sign language on set, and Fuller picked some up as well, though he admits the ASL he took in college didn’t come back to him.

“Noah was excellent at the sign language, as were John and Emily. They taught us to sign, ‘Hurry Up.’ I think I also learned ‘I love you’ and ‘bullshit,’ ” Fuller says with a laugh.

One of the toughest elements about making an original horror film is that you also have to deliver a first-of-its-kind monster. According to Form, the film’s creative team spent months of development on the design.

“We’d get a design from an artist and pass it around the room, and someone would always be able to compare it to something they’d seen in another film,” says Form. “The thing we always hung our hat on was the hearing and the sound. The ears of the creature. What were the hearing canals going to be. They were in the chest, they were in the head, it kept moving around and John had to decide how the body plates were going to move. He talked to the artists at ILM constantly.”

For fans of DVD extras, you might feel shortchanged when A Quiet Place hits Blu-ray and digital download.

“This is the first movie we’ve done without deleted scenes,” says Form. “We shortened some scenes, but the script that we shot is what you’ll see. The studio was worried about what they’ll put on the DVD.” 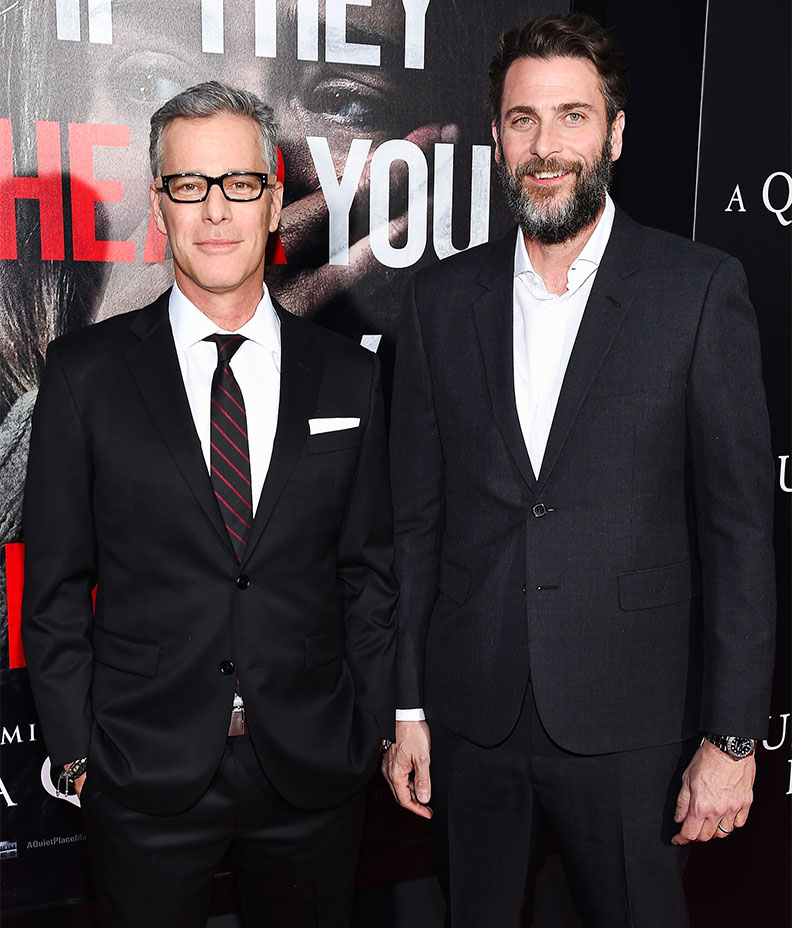