When it exists in mainstream cinema, biracial identity and the existence of biracial children is often depicted as a source of particular angst, from Dear White People to Loving to Mudbound. Even in narratives not focused on race, the existence of biracialism or multiracial identity has been frequently portrayed as being inherently dramatic. Just think of the reveal of Liz Allan’s (Laura Harrier’s) parentage in Spider-Man: Homecoming, in which viewers learn she’s biracial as part of the film’s most surprising twist.

Enter Ava DuVernay’s A Wrinkle in Time. It’s a racial identity angst-free zone. There are so many places where the film could have brought identity angst into the mix, but it refrains, even though there is no chance a biracial kid like Meg Murry (Storm Reid) would not be dealing with such feelings.

When I was in middle school, every standardized test came with its own identity crisis whenever the demographics section specified filling only one of the Race/Ethnicity bubbles. I could pick black or white or “other.” All of them made me feel like a liar. By the time I got through high school, I realized that it was just a dumb system and I shouldn’t let it bother me, but at thirteen I still had a long way to go before getting there.

Middle school is like limbo. An in-between place we stick 11 to 13-year-olds because it’s an awful in-between age full of raging hormones, terrible skin and the most awkward dances known to mankind. Any sort of identity-based anxiety or crisis that can occur probably will, especially when it comes to something like biracial identity, which the school system seems specially designed to exacerbate. Multiracial identity is a huge umbrella that covers people from a huge range of backgrounds that can ultimately have nothing in common except a handful of key shared experiences, such as hearing the eternally popular “what are you?”

While A Wrinkle in Time addresses so many of the typical struggles and anxieties of being 13 — self-esteem issues, petty cliquishness, pushing people away to avoid rejection, feeling judged and scrutinized by everybody all the time — the identity struggles inherent in being biracial never come into play. This is decidedly unusual.

Just think of how the biracial identities of children have featured in films from Loving to Mudbound. Loving, based on the true story of an interracial couple in 1950s Virginia, makes it clear that when people protest interracial relationships, one of the key points of contention is about the children — as in, why would you bring such children into the world? Children who don’t belong anywhere? Historically, it hasn’t just been racists and white supremacists who have vocalized anti-miscegenation views, but civil rights heroes like Muhammad Ali.

It can make being multiracial be a hard place to be. The truth is, sometimes you do feel like you don’t belong anywhere.

The non-issue of racial identity in A Wrinkle in Time is entirely unrelated to reality. But in this instance, this restraint is actually refreshing. Yes, it is incredibly idealized, but reality is depressing. Sometimes it’s nice to escape. 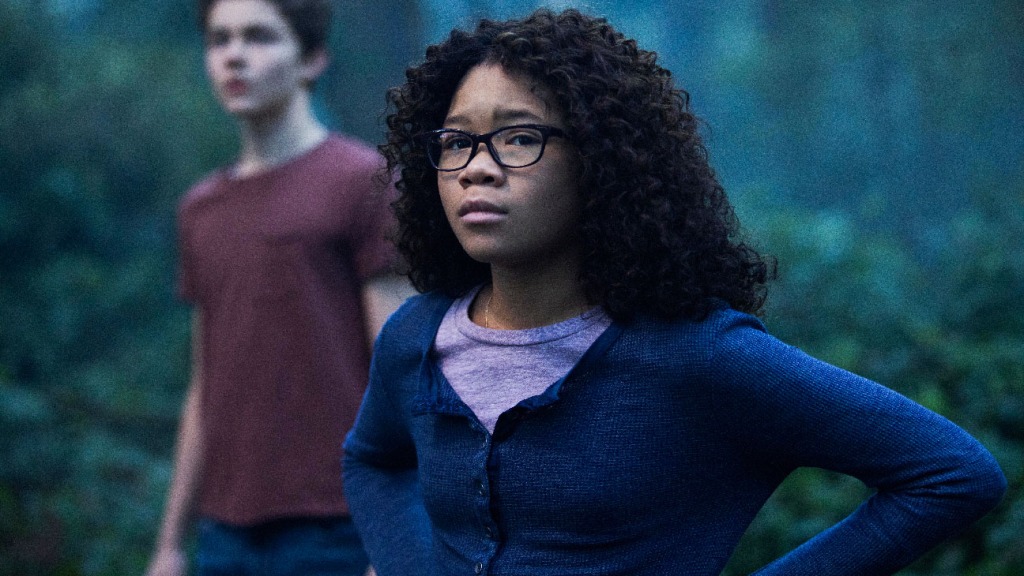 If every portrayal of a biracial person did this, it would be a problem. Seeing your struggles and fears visualized and vocalized onscreen — assuming they are treated respectfully (e.g. not being played by Emma Stone a la Aloha) — is both validating and comforting. I have a soft spot for period pieces, and I don’t think I can even properly vocalize how much it meant to me to see a film like 2013’s Belle, which stars Gugu Mbatha-Raw as a real-life biracial child raised by British aristocrats. But seeing an identity comparable to yours consistently depicted as a source of pain and angst also becomes tiring. One of the reasons why I found myself drawn more and more towards movies when I was Meg’s age was that I desperately wanted to escape from all the things that were bothering me, at least for a few hours. I projected myself onto various misfit characters depicted in films like Matilda, The Elephant Man, Edward Scissorhands. But none of them actually looked like me. From her hair to her glasses to her wardrobe to her family background, Meg looks far more like 13-year-old-me than any movie 13-year-old-me was ever able to find.

The racial dynamics of A Wrinkle in Time are pure fantasy. But it’s not a gimmick, and that is an important distinction to make, because we have seen more than a few diversity-related gimmicks at the movies in the past few years. Bill Condon’s Beauty and the Beast was one of the most blatant, being highly publicized for containing Disney’s “first live-action interracial kiss” — between two secondary characters who spend most of the film as CGI furniture. That’s not an achievement that should be announced proudly, it’s showing up to a party embarrassingly late with a mediocre gift.

As validating as it can be to see films where characters like you struggle with the same things you do, the escapism of seeing someone with a background you can identify living without any of the associated struggles also has value, especially for young audiences watching A Wrinkle in Time. Life sucks when you’re 13 — or at least, I definitely remember it feeling that way. Sometimes, it’s nice to watch something and forget some of your struggles, at least for a little while. And if a sci-fi fantasy film isn’t the right context for escapism, then what is?

Ciara Wardlow is a Wellesley College student double majoring in Cinema and Media Studies as well as Biological Sciences.