And it is just the beginning.

Moviegoers are just weeks from director Ava DuVernay’s A Wrinkle in Time, which features diverse talent in front of and behind the camera. It’s a landmark project for multiple reasons. DuVernay is the first woman of color to direct a film with a budget of more than $100 million, and 14-year-old actress Storm Reid steps into her first leading role following supporting performances in Sleight and 12 Years a Slave.

The story centers on middle-schooler Meg Murry (Reid), the daughter of two eminent physicists (Chris Pine and Gugu Mbatha-Raw). Her intelligence and extraordinary gifts makes it challenging for her to fit in with her peers. When her father disappears, her classmate Calvin (Levi Miller) introduces Meg and her younger brother, Charles Wallace (Deric McCabe), to three celestial beings: Mrs. Which (Oprah Winfrey), Mrs. Whatsit (Reese Witherspoon) and Mrs. Who (Mindy Kaling). These goddesses have traveled into Meg’s world for a mission to find Mr. Murry. And through the magical and supernatural method of “tessering,” which allows the wrinkling of time and space — they embark on a journey to worlds beyond anything imaginable.

Reid is the conduit of this fantastical tale, and brings an extra layer of depth and nuance to her character that the actress herself is well aware of. She has been vocal about her hopes that the movie will not only inspire young girls of color, but everyone else as well.

“Women, women of color, different races, any gender — because I just want you to believe in yourself and know that you can do anything,” Reid told Nerdist during a set visit to the Disney film. “Nothing’s impossible, because in the word ‘impossible,’ it says, ‘I’m possible.’ Always know that no matter what, you can always do it and don’t let anybody tell you differently.”

Both the character of Meg and Reid herself are allowing young girls of color to see themselves reflected in a significant way. As the founder and editor-in-chief of the online media publication Black Girl Nerds, I understand wholeheartedly what it’s like to feel like an anomaly in the nerd/geek subculture. I created a space for black women to see themselves in this way, because when I googled the term “Black Girl Nerds” not one image of a black woman — or girl — came up in one of the largest internet search engine. In 2012, when the website first launched, there weren’t many organizations and spaces for women of color that empowered them to be involved in STEM-related fields. One of the few organizations I remember seeing on the interwebs was Black Girls Code, founded by Kimberly Bryant in 2011. It was the first time I saw an organization that was specifically targeted to and for African-American girls to participate in computer programming courses and events. Black Girl Nerds, which has been more of a pop culture destination, has afforded opportunities for black girls and women to express their affinity for various fandoms like comic books, gaming and anime. Our moniker is now associated not only as a large social media presence, but a brand known for entertainment coverage and special events.

Meg Murry is the ultimate black girl nerd, but she’s not the only one. We just experienced Marvel’s Black Panther — which gave us Letitia Wright’s Shuri, who’s also a STEM geek and the leader and architect of all technology created in Wakanda. Meanwhile, Marvel hero Lunella Lafayette (also known as Moon Girl) is getting her own animated series produced by Laurence Fishburne.

These black girl nerds are not only whiz kids, but supergeniuses. Black Panther producer Nate Moore has gone on record to say 16-year-old Shuri is the smartest person in the Marvel Cinematic Universe, while in the comic book world, Marvel has said 9-year-old Lunella Lafayette is that universe’s smartest hero. This kind of prestige bestowed on these fictional characters can have a significant impact on how girls see themselves.

A group of women, appropriately going by the name Sisters in the Storm, is bringing those lessons to the real world as they seek to provide free public screenings of Wrinkle in Time to girls and children who do not identify as boys. They are raising money on GoFundMe for their Wrinkle in Time Challenge to rent out theaters in cities around the country.

Leslie MacFadyen, who handles publicity for Sisters in the Storm, describes it as a group of women who have “cultivated a very close sisterhood over the last few years together.”

“We are from all different walks of life, different ages, different parts of the country, and we have been talking about [A Wrinkle in Time], and what it meant to each of us, the story itself, and want to bring our excitement to our individual communities, and specifically centering black girls and non-boys,” she says. “We’ve been looking for a way to expand our sisterhood outside of just the eight of us, and this was our first opportunity to be able to do that.”

The name Sisters in the Storm was inspired by 12-year-old Stormiyah Densen Jackson, who died by suicide at her boarding school after her family says she suffered relentless bullying from her classmates. Like Meg Murry, she was also into math and science — yet she was called names because of her passion for these subjects. Stormiyah was also called “Storm” for short, and there is something powerful about this word as it connects with both the film and the book, not only with Storm Reid’s star-making performance, but also going back to the first line of Madeleine L’Engle’s 1962 book: “It was a dark and stormy night.”

The hashtag #AWITChallenge is being used to amplify and galvanize Twitter users to support and share the A Wrinkle in Time Challenge, and DuVernay herself has tweeted her support. The group has raised $20,000 so far for screenings in eight cities, including Austin, Chicago and Washington, D.C.

“We’re making room for any children that do not prescribe to the gender binary and expand the notions of who we want to center in the work,” says MacFadyen.

What A Wrinkle in Time will offer young girls is something that Stormiyah should have been here to see: an opportunity to finally see herself celebrated onscreen, an opportunity to feel normalized, an opportunity to have and feel a sense of community. This is why representation matters and, most importantly, why audiences should continue to support stories featuring these black girl nerds, and demand that they become an impactful part of the pop culture spectrum.

Jamie Broadnax is the founder of the pop culture site Black Girl Nerds. 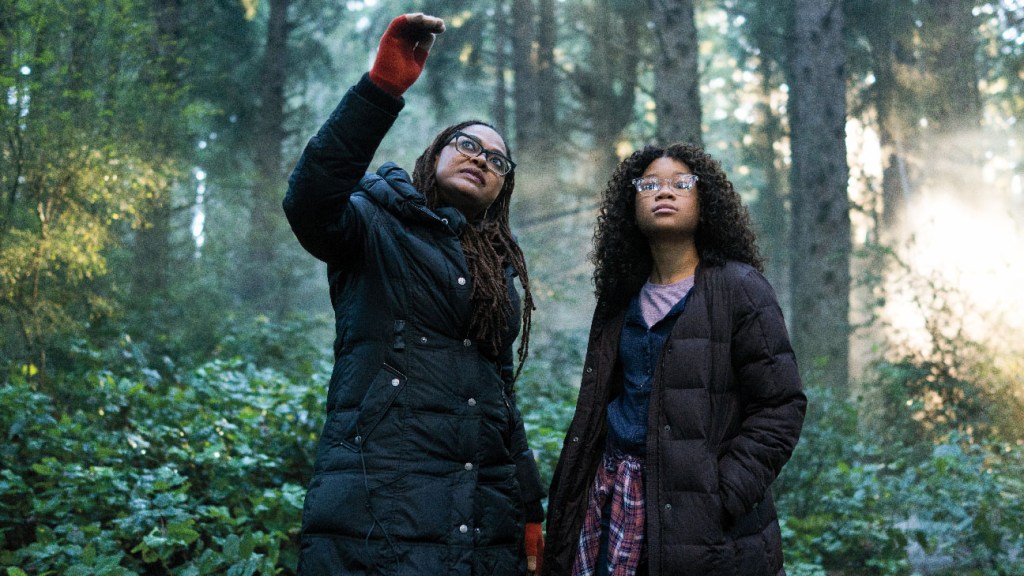