As heavy construction work continues on the $388 million Academy Museum — slated to open this year — behind the scenes, the delicate task of preserving, and in some cases restoring, dozens of artifacts is quietly taking place. The L.A. museum’s collection has more than 2,700 three-dimensional objects, to be displayed on a rotating basis. Items like The Wizard of Oz‘s iconic ruby slippers are in good shape, but others are showing their age. “None of these objects were intended to last long — they were simply made for a specific film,” notes the museum’s Deborah Horowitz. “Some look sad when you first see them, but we are bringing them back to their original luster and magic.” Not everything will be restored to pristine condition, though. Some vintage cameras will show the wear and tear they acquired through use. The iPhone Sean Baker used for 2015’s Tangerine has a cracked screen, and there’s no plan to fix it. Says Horowitz, it’s “part of the story of how the film got made.”

Conservator Sophie Hunter is working on an animatronic head, made of polyether urethane, used in the climactic fight scene in 1991’s Terminator 2: Judgment Day. “This foam degrades so rapidly, there’s been some cracking,” she says, “We’re working to stabilize the foam and fill in some of the cracks.” 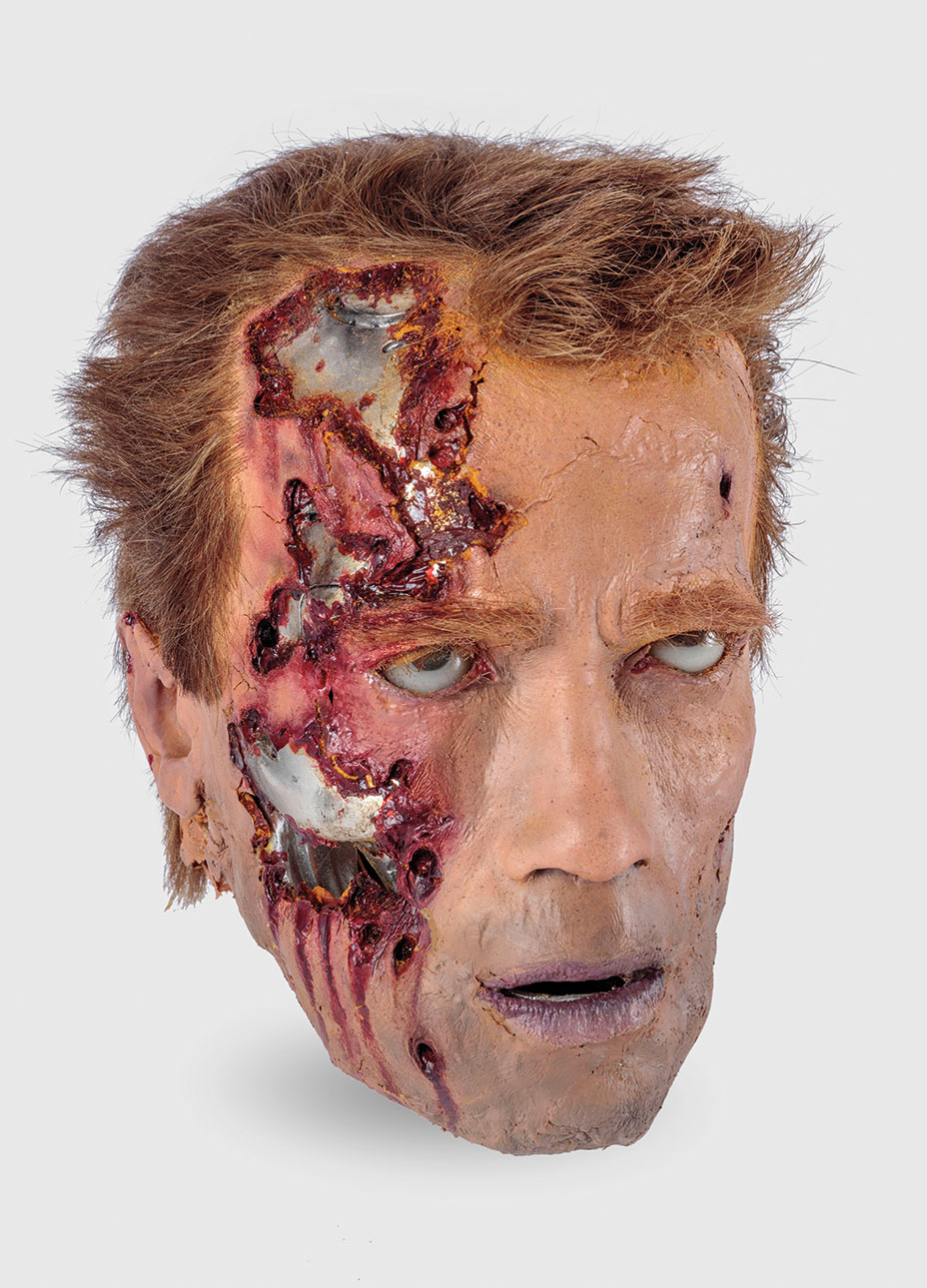 Hunter found herself restoring another foam object, this one made of polyester urethane, in the form of the Caterpillar, which an older version of Lewis Carroll’s Alice confronts in the 1985 film Dreamchild, written by Dennis Potter and directed by Gavin Millar. It is one of a number of objects donated by The Henson Foundation, which also provided grants for the conservation work. “It made me sad when I first saw him,” Horowitz says of the Caterpillar. “I love that movie, but he was not in great shape. But then I saw him the other day after the treatments, and he just looked amazing. They’ve done such an incredible job of cleaning him up, tidying him up, putting him back together and stabilizing him.”

To accomplish that, Hunter infused the exposed areas of the foam with consolidates to make it stronger and then filled in the missing areas with lightweight spackle material. She also consulted with artists at the Henson Creature Shop in Glendale because the Caterpillar was missing one leg, and they were able to create a new leg from the mold of one of the existing ones.

For an extravagant costume that David Bowie wore in Jim Henson’s 1986 Labyrinth, the Henson Creature Shop was also able to re-create a missing wig since they had the original drawings for it in their files. Sometimes the job also involves a certain amount of detective work as well. The elaborate leather jacket Bowie wore is adorned with plastic elements like epaulets that look like skulls. “Some were damaged, and we’ll be able to repair them,” Hunter says. “Others had scratches, and we were able to go back and look at the film to see if the cuffs were creased a certain way like it is now or if the paint-loss in the jacket was there on film. You never know if those things were intentional or not, so by checking the film stills, we know what direction to head in with the conservation work.” Hunter even managed to find some glass studs in Los Angeles’ downtown fashion district just like those used in the original jacket, some of which were missing.

Another type of restoration is underway on a 27-by-57-inch matte painting that Peter Ellenshaw created for Stanley Kubrick’s Spartacus in 1960. One of the original VFX tools, painting on glass, when combined with footage of actors milling in the foreground, resulted in an establishing shot of ancient Rome. But the glass developed cracks over the years, so the first order of business was stabilizing the painting, which will be displayed in a rigid frame. Some of it already had been retouched — additions left intact when it was learned that Ellenshaw himself had done them. And a layer of yellowing varnish that was removed will be replaced with an archival varnish that blocks UV rays. “We’re bringing in experts on both the conservation side and the filmmaking side,” Horowitz says. “There is no one, single approach.”