There’s your average political biopic, and then there’s Vice.

Writer, director and producer Adam McKay’s film is a searing, nontraditional one that traces the life and rise of Dick Cheney — from his Wyoming days to becoming the 46th vice president of the United States — with acerbic wit, satire and unconventional breaks in structure, including a fake ending and characters speaking Shakespearean dialogue.

Produced by McKay, Dede Gardner, Jeremy Kleiner and Kevin Messick, the film has a sprawling scope — including 200 location shots and 200 speaking parts — that presented production challenges. Breaking down those challenges for THR, McKay, 50, also reveals what surprised him the most about the response to the film and imagines how he’d handle the President Trump story.

Making a movie about someone like Dick Cheney has got to be a bit daunting. What kinds of conversations did you have with your fellow producers, and what were your fears?

The big thing was just the size of it. We weren’t just going to tell an episode of Dick Cheney’s life; we went for pretty much the whole thing. That was the biggest challenge in the beginning: the makeup, having to change through the decades, the amount of locations. It also just does a different thing for the story. When you’re going through five or six decades, the sweep of history almost becomes a character, and we knew that was a challenge. We also knew that we didn’t want to do a traditional biopic. We felt like the times we’re living in are just so extreme and unhinged that the worst thing we could do is make a very traditional political biopic movie.

The film had 200 location shots and 200 speaking parts, as well as a musical number that eventually was cut, a fake ending, lines inspired by Shakespeare — was there ever a moment you stopped and said, “Is this too much?”

Well, once again, we wanted it to be different, so we were OK with that, but in the case of the musical, it was too much too soon in the sweep of the movie. But there were some other things in the movie that were hard. I mean, the fake ending actually played very well in our test screenings and the Shakespeare thing was another one where people either loved it or hated it, but we felt we needed it for the character beat. While editing and shooting the movie, that was a constant challenge and consideration: the push-pull of the traditional and nontraditional, wanting the audience to go along with it but at the same time not wanting them to settle into that comfortable three-act structure.

Is there anything you would’ve done differently?

You know, there’s been one big discussion throughout the process, which was: In the traditional biopic, there’s an inciting, emotional moment for your main character; there always is. I’m still not sure what the answer is. I mean, as much as we tried to figure him out, he is an enigma, but that was the overriding question: Do you try to find that key, inciting incident? And I finally just said his inciting incident is meeting Lynne Vincent. So anyway, I don’t know if I would call that a regret, but that certainly is a question I still have. 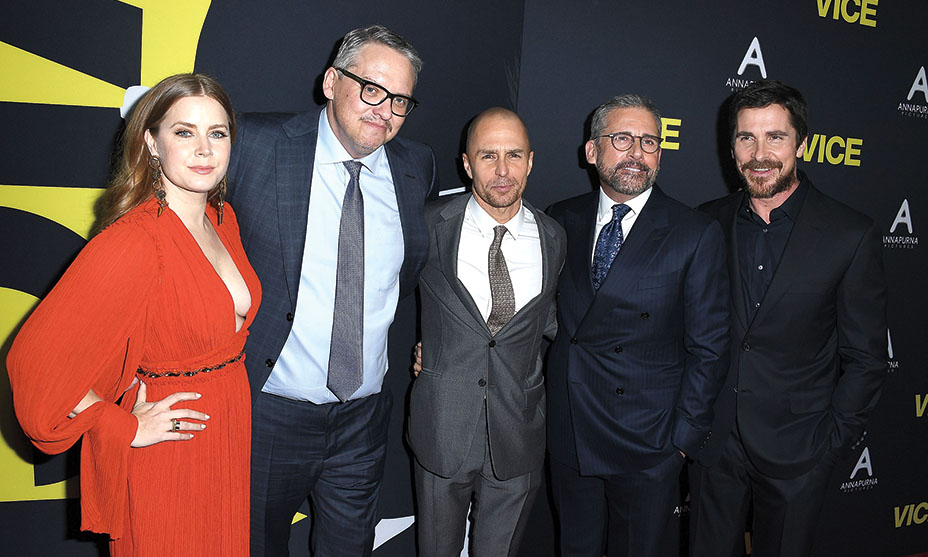 The critical reception of the film has run the gamut — but what’s been the most surprising reaction you’ve gotten?

The thing that surprised me was the kind of persnickety response about the factual telling of Dick Cheney’s life. There were some journalists who were in some cases calling us out for factual errors that weren’t actual errors. We kind of knew right-wing elements would dismiss it as a left-wing hit job, that’s kind of what they do, but I was surprised by some of the more moderate or mainstream journalists like James Mann, who wrote Rise of the Vulcans [a book about the Bush administration], who wrote a really dismissive piece on the movie where I was like, “Really? Because we didn’t do what your book said, you’re going to dismiss the telling of something that needs to be told?” The other thing that surprised me was we took the movie over to England, and there’s none of that ­— no one debates the facts of Dick Cheney in Europe. But overall we knew we were making a very different, and to some degree controversial, movie in this current climate we live in, so everything that’s kind of gone down is pretty much what you’d expect.

In many ways this film feels like a prequel to the President Trump story, so would you be open to tackling Trump’s story for the screen next?

I never say never to anything, especially something as crazy as where we’re at now. But my first joking answer to that is I would do it as an animated film, and I actually kind of like that idea. So I don’t know, it’s sort of marinating. The story that makes all stories look small is global warming. I don’t think our culture has caught up to just how incredibly pressing and what a giant emergency that story is, so I’m trying to think of some ways to get into that without doing a dystopic, by-the-numbers story.

What other films did you enjoy this year?

I was just having this conversation because I just finished watching every awards movie as of yesterday. And you know the movie that really knocked me off my feet was If Beale Street Could Talk. It really got me emotionally, and it worked for me in a deep, deep way.

What are you looking forward to about attending the Academy Awards?

I am most looking forward to seeing [Vice editor] Hank Corwin have to wear a tuxedo. (Laughs.) And I’ve never met Alfonso Cuaron before — they usually do like an Academy Awards directors’ dinner — and he’s one of my all-time heroes. So in a giddy 12- or 13-year-old way, I’m really excited to meet him.