The power of the real was on display at this year’s AFM Independent Director Roundtable, with five helmers from around the world and across the genre spectrum finding inspiration in true stories. Respected documentarian Jennifer Fox, 59, cross-examined the darkest corner of her own history for The Tale, her first fiction feature. For his English-language debut, 40-year-old Felix Van Groeningen (Belgian helmer of the Oscar-nominated The Broken Circle Breakdown) chose two addiction memoirs — written by an addict and his father — for Beautiful Boy, starring Timothee Chalamet and Steve Carell. Helmer Cynthia Lowen, 32, whose debut doc Netizens looks at the dangers of cyber stalking, and Russian director Victor Kossakovsky, 57, who, in Aquarela, explored the wonders of the world of water, pointed their cameras directly at contemporary life. Even first-timer Jasmin Mozaffari, 30, drew heavily on her own experiences for her debut feature, Firecrackers, about two teenagers struggling to escape their lives in a Canadian town. This eclectic group met Sept. 29 at the swanky B2 Boutique Hotel + Spa during the 2018 Zurich International Film Festival for a lively discussion on the financial and artistic challenges in getting their movies made, on the impact of #MeToo a year on and whether indie film as we know it has a future.

The Hollywood Reporter Editors' Picks of 2022

"I Get Emotionally Involved in Telling a Story": DPs From 'Avatar: The Way of Water,' 'The Fabelmans,' 'The Woman King' and the THR Cinematographer Roundtable

Cynthia, Jennifer and Jasmin, your films could be seen as #MeToo stories. Are they seen differently in the light of the movement?

CYNTHIA LOWEN In the case of my film, which is about harassment of women online and abuse, there has been this attitude for a long time that it’s not real. That you should just turn off your computer and ignore the fact that you might be stalked, that you might not be able to get a job because of the crap that someone has put online about you. But the attitude is shifting, and it has to do with the importance of women’s voices online. The internet has a way of bringing things to light that have long been ubiquitous but somehow not visible, like #MeToo.

VICTOR KOSSAKOVSKY Did you start making the movie before #MeToo?

LOWEN Before. I started filming in May 2015.

JENNIFER FOX I started writing The Tale in 2008.

KOSSAKOVSKY So it feels like something in the air, a prediction.

JASMIN MOZAFFARI Well, for women, we felt it our whole lives. 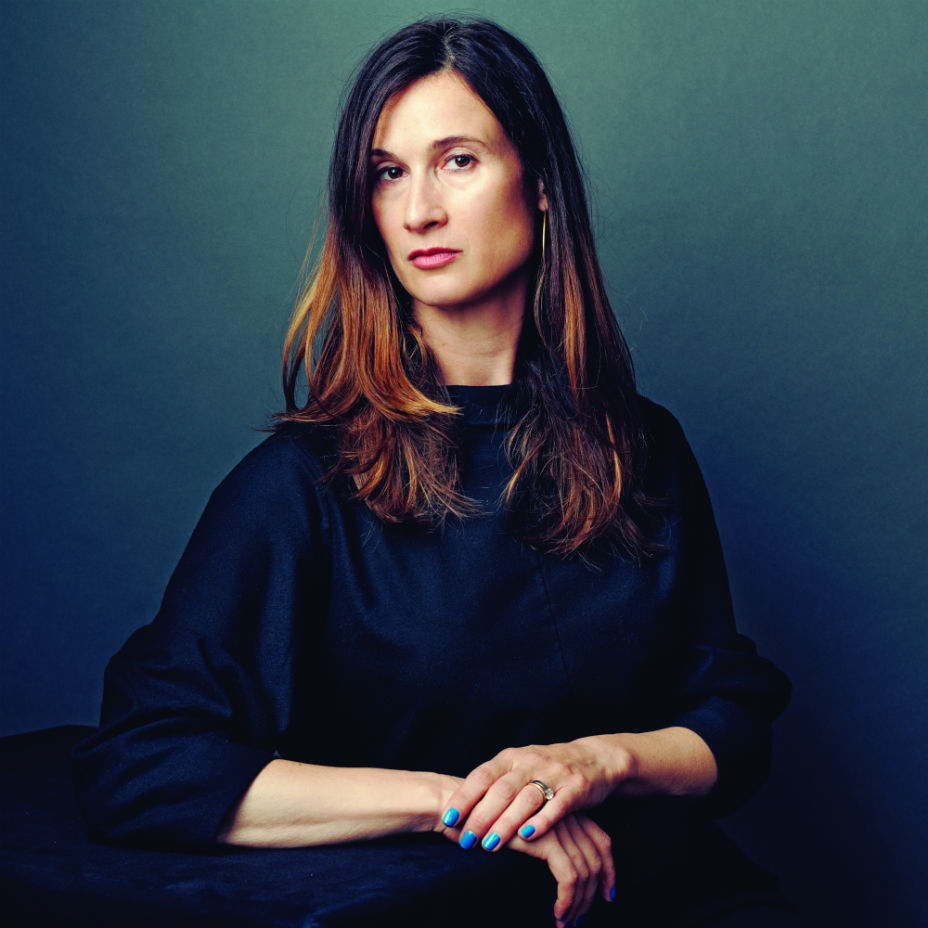 MOZAFFARI The #MeToo movement has put a magnifying glass on something we always knew and felt our whole lives. I get a lot of questions at festivals asking if the #MeToo movement influenced my film, and I find that such a strange question. As women, we have lived with trauma our whole lives, and it’s just now that we are able to have people listen. That’s the only thing that’s different. There is more of a platform to have films that challenge the perceptions of women and challenge the idea of trauma and women who are fighting the idea of patriarchal oppression, which is what my film is really about. But there are people who still don’t want to see this. My characters, the two girls, are bold and unapologetic, both in their convictions but also sexually, and there are a lot of people who do not want to see women like that, especially teenage girls. Teenage girls are often romanticized, portrayed as delicate.

FOX The Tale is about the ultimate taboo, child sexual abuse. For me, it was a deal breaker not to have scenes of sexual abuse. But we had financiers running away. And even as I was making it, I was asking, “Is anyone going to watch this film because it is so graphic? Will reviewers walk out? Will the Christian right come after us?” They have in the past. We’ve had films killed in distribution. For me, having Harvey Weinstein, #MeToo and Time’s Up in the fall of 2017, then having our film premiere at Sundance in January, that made all the difference. The door was cracked open, and audiences could accept the next step. 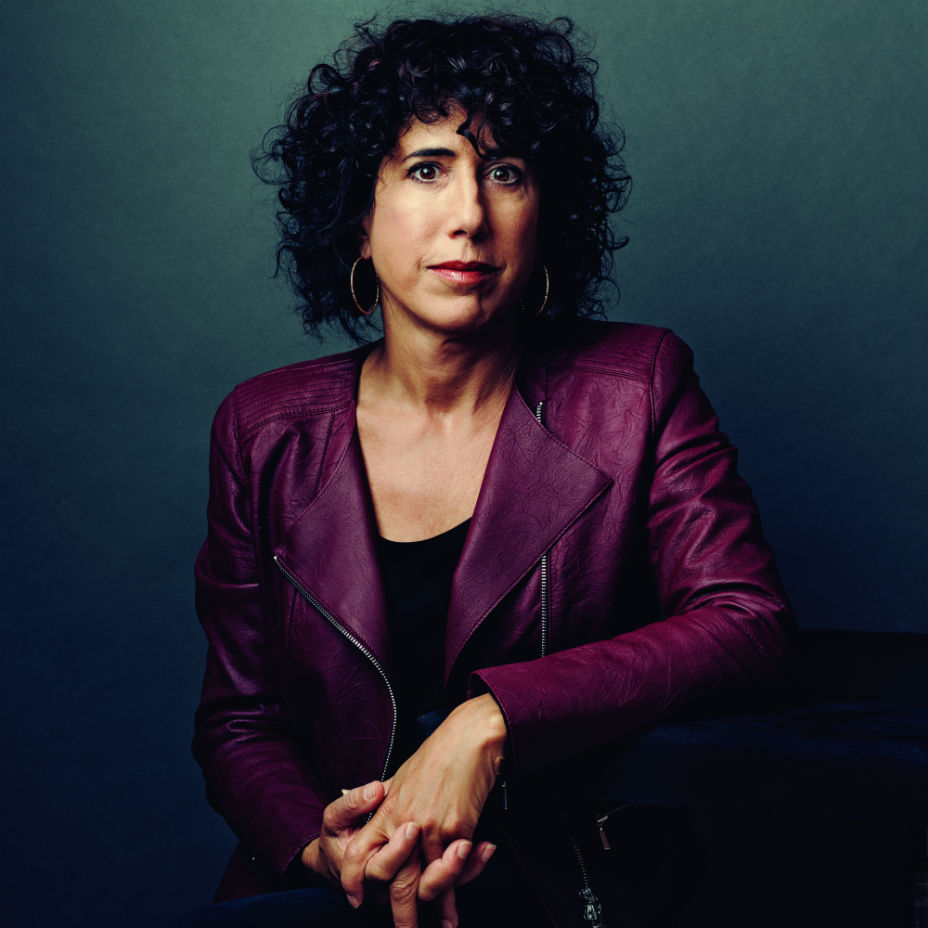 Felix, you had a different challenge because there have been a lot of addiction stories in cinema. What did you think you could do differently with your film?

FELIX VAN GROENINGEN Beautiful Boy is based on two books: one from the father, David Sheff, and one from his son, Nic, who each wrote a memoir from his own point of view. Combining those points of view, I think, is unique; I haven’t seen it in cinema before. It’s also the story of the father trying to save his son. And because we also follow the father, we learn a lot about how addiction works. Usually you follow the addict, and the film has a clear arc of downward spiral and usually, redemption. But the repetitive nature of addiction — relapse, rehab and starting all over again — was also important to our story, because it’s real.

Timothee Chalamet’s performance in the film is astounding.

VAN GROENINGEN There’s one scene that’s about four or five minutes long in the middle of the film. The father and son meet up. Nic’s been living on the street. You soon realize he’s asking for money. He’s flipping back and forth between erratic behavior. He is doing things to hurt his dad in order to get money, but he is aware of what he’s doing. That’s what was important — that even when Nick is wasted, he’s aware of what’s going on, which makes it sadder.

KOSSAKOVSKY My character in Aquarela is even more difficult. My character, you cannot talk to her. My character is water. You cannot say, “Do it again!” or “Do it differently!” She makes me crazy every single day. … For me, it was a nightmare to finance: “So, a film about water? And who’s the main character?” “Water.” “So there are no people?” “No.” They couldn’t imagine. We are so anthropocentric, we are so sure that humans are the only subject for art. Absurd. I said, “Wait a second, do you ever see water?” Most films about water are mostly people talking about water. I said, “If we want to see water, let’s see water.” And then it is fascinating. I could make four or five more hours, and I would not exhaust it. 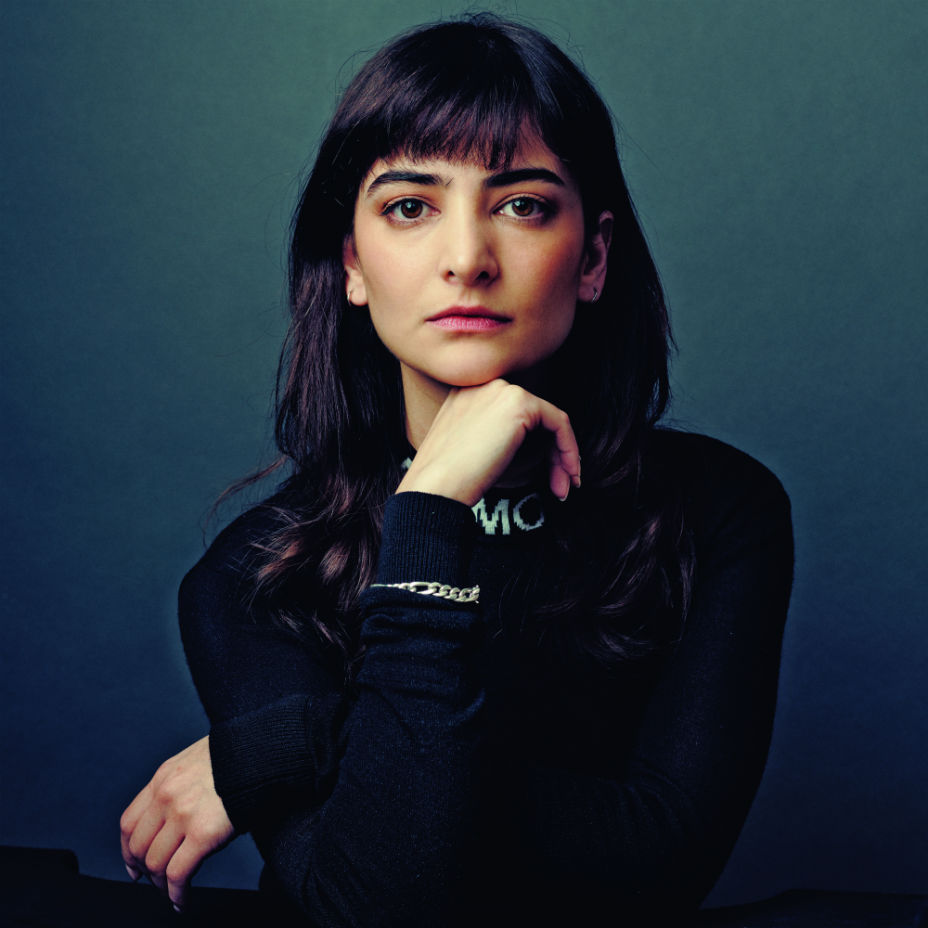 Felix’s film was financed by Amazon; Jennifer’s was bought by HBO. For all of you, will your films be given a theatrical release? And how important is that to you?

KOSSAKOVSKY It’s most important. This is my life. I dedicate my life to prove that my films, artistic documentaries, must be in the Salle Grande. Not in the basement. Not in some room for 20 people. Of course, at Cannes, if you make documentary saying, “Bush is an idiot,” they put it in the main competition. In Berlin, if it is a film about The Rolling Stones, they put it in main competition. Or if it is a film about refugees. But excuse me, what if it is just a film without big issues, without big rock stars — can it be in the Salle Grande? This is what I am doing.

Cynthia, does it matter to you where your film is seen? It’s a much more activist documentary.

LOWEN Yes, it does. This was two years of my life. There was a reason I did a verite documentary. People originally said, “What are you going to do? Film a bunch of women sitting around their computers crying?” It was important to depict the texture and fabric and rhythms and sound and light to really feel something. What I think is happening in American documentaries is there is considerable pressure that your film should look like a traditional three-act film … there’s less and less space to have things that are experimental so that they can be shown in theaters and on VOD platforms and get purchased. Sales have been really different coming out of film festivals than in the past few years, and I think we are facing a crisis of independent filmmaking.

FOX Every decade I’ve been making film, it’s been the end of independent film. And that’s been from the ’80s, the ’90s. There are these cycles. Film is an evolving art, and there is space for television to do amazing things.

VAN GROENINGEN A theatrical release for a movie just elevates it — people go out to see it, there’s an expectation. When a film is immediately on Netflix, there isn’t the excitement, the anticipation. … I had a film that was in Sundance in 2016 called Belgica. International distributors were afraid of it. Netflix bought it, and I was really excited. I thought, “Maybe times are changing and more people will see it.” But it got dumped onto their site and nobody saw it. 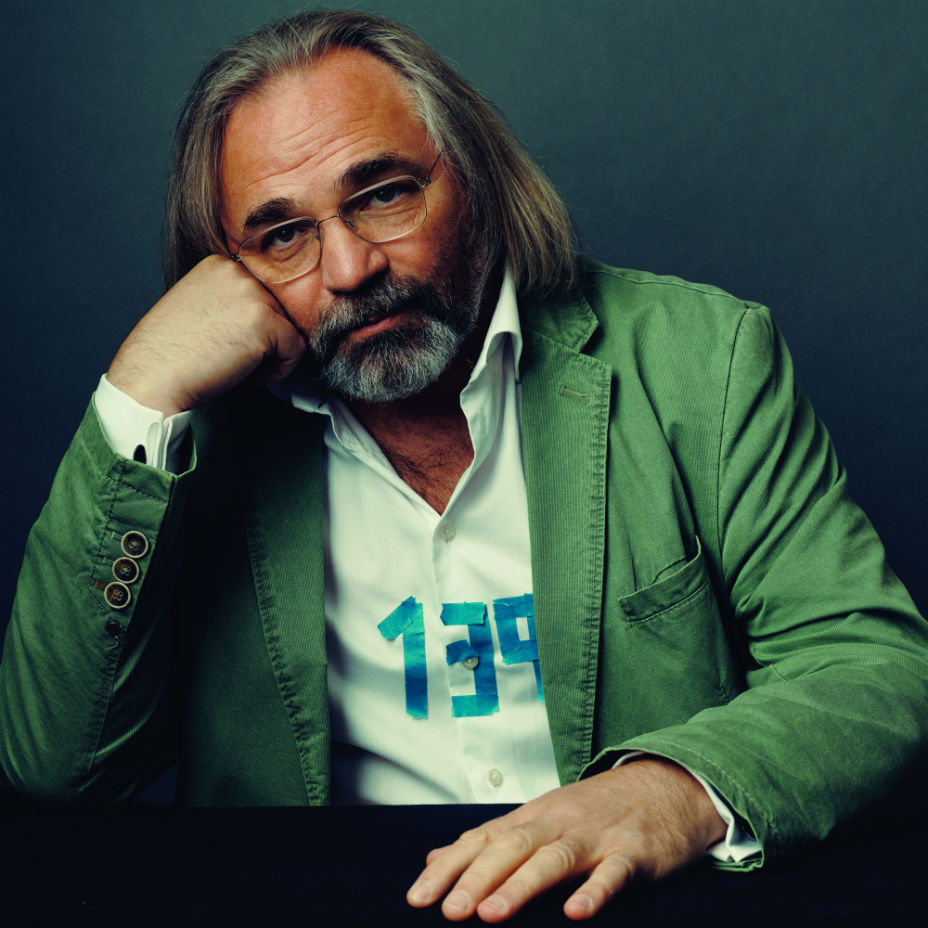 MOZAFFARI I made this film for less than $250,000, so if it gets any theatrical release, that would be an achievement. But it would be great if people could see it in the theater, since the audience I’m gearing toward is young, particularly young women. I don’t want to pigeonhole young viewers, but I know they watch things on their laptops with their cellphones on, and if you tune out of my film at any time, it is not going to have the impact that I’ve seen people [experience] when they’ve watched it in the theater.

LOWEN The diversity of platforms that are available now is incredible. But the criticism as I see it is that there is a profound level of risk aversion when it comes to whether a film gets distribution.

FOX But when has there not been risk aversion? Look at the studios in Hollywood. I think risk aversion is normal with making things that are so expensive to make.

KOSSAKOVSKY Can I remind you of Felix’s beautiful word: unique. We have more opportunities, more platforms — and everyone has a phone with which to make images. But with these increased possibilities, we have to raise, as filmmakers, our responsibility. Because a filmmaker has to ask themselves: “What is your motivation? Do we really need this film?” If we make films where nothing is unique, we will destroy cinema. Every film must be, as Felix said, something that has never been done before. Then cinema will still be surprising. It will still be art. Otherwise, it will just be another product. Like a supermarket. Everything shiny, everything plastic. When I was doing Aquarela, I saw this island, the size of Australia, in the ocean, made of plastic. That is why we should not pollute. Not physically. Not intellectually. If we make too much, people won’t listen anymore. 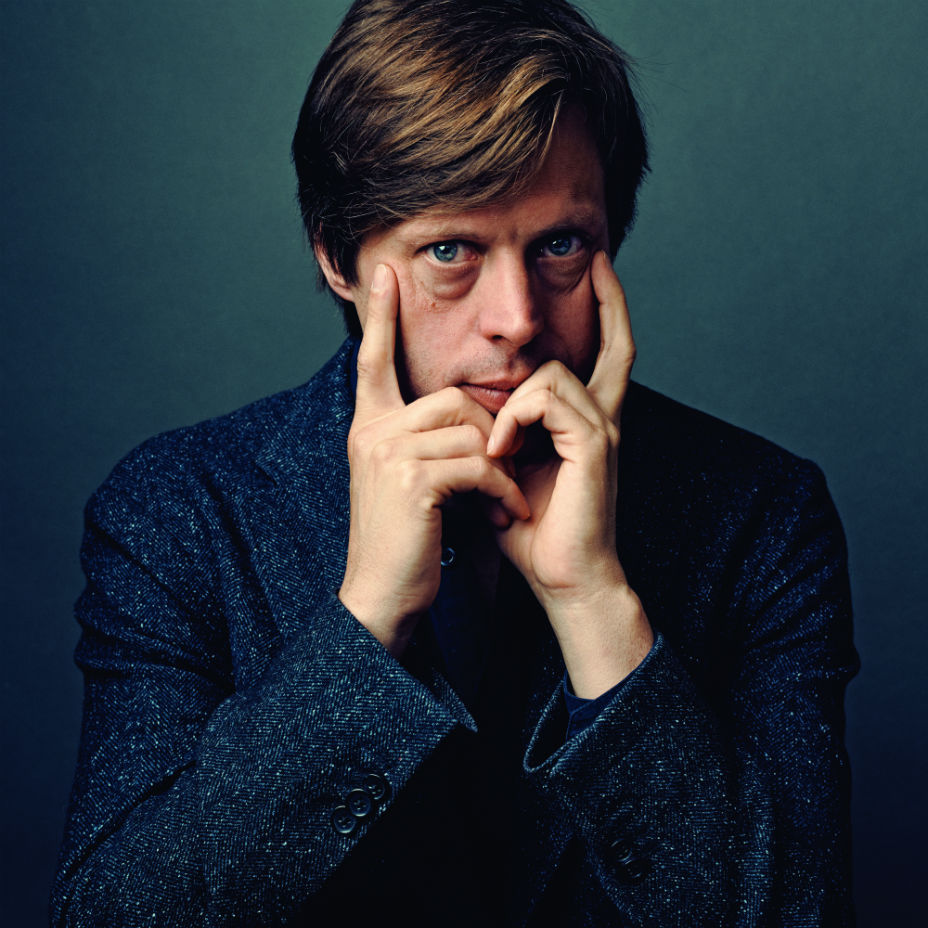 This story first appeared in The Hollywood Reporter’s Nov. 4 daily issue at the American Film Market.