Covering nearly an entire wall in Al Gore’s Nashville office is an image captured by the Hubble Space Telescope. Of all the decorations on display — including scads of White House memorabilia from his old job as vice president of the United States — this is the one piece he’s most eager to show off. “It’s called the Deep Field Hubble Image,” he says, nodding toward the photo. “What they did is they said, ‘Let’s find the darkest possible spot in the universe and focus on it.’ It was completely black, nothing. But when exposed to the lens for two full weeks, that’s what you see — galaxies, as far as you can see.”

Actually, the splotchy picture looks more like an oversized Lite-Brite than a window into the bottomless depths of outer space. But no matter. It’s still a pretty good metaphor for 68-year-old Gore’s latest challenge. Never has the universe seemed more dark and despairing — at least from an ecological crusader’s point of view — than since the Nov. 8 election of Donald Trump (who once proclaimed global warming a “hoax” perpetrated by the Chinese). And yet, the man who 11 years ago warned against a coming environmental disaster in An Inconvenient Truth — and who is about to sound the alarm again in An Inconvenient Sequel: Truth to Power, premiering opening night at Sundance on Jan. 19 — still finds a way to spot glimmers of light and hope in the black void. Even after actually meeting Trump.

Gore finally got on board after Participant documentary guru Diane Weyermann brought in Jon Shenk and Bonni Cohen, the San Francisco-based husband-and-wife team behind 2016’s high school rape documentary Audrie & Daisy. Gore, who has a pied-a-terre in San Francisco, began making regular trips to meet with the couple to discuss ideas on how to update the story for a new generation. Shenk and Cohen, as it happened, had plenty. “An Inconvenient Truth has a very specific style that we were never looking to replicate,” says Cohen. “We tend toward following action, watching events and characters unfold, not doing too much scripting beforehand.”

Few outside Participant have seen the film — which Paramount will release sometime this year — but it’s clearly going to be a dramatic departure from the original, which basically put Gore in a cherry picker and shuttled him around a soundstage as he delivered a high-tech version of his climate change road show. Cohen and Shenk say the new movie will be more of a cinema verite travelogue, following Gore through the corridors of world power, as he meets with such heads of state as Francois Hollande and Vladimir Putin and makes his case for carbon reduction. The third act culminates at the 2015 Paris Climate Conference, where 196 nations, including the U.S., pledged to reach net-zero greenhouse gases by the end of this century.

Although Gore spent two years with documentary cameras hovering around him wherever he went, the production somehow managed to remain relatively quiet. But the real drama, the extinction-level event that changed everything, happened after the filming wrapped: Trump won. Suddenly, those Paris accords now are in jeopardy (Trump has indicated he’ll pull out but also has said he has an “open mind”) as the new president fills his cabinet with an oil company CEO and climate denialists like Scott Pruitt, Trump’s nominee to head the EPA. “We had no idea that the administration would change,” says Skoll. “We could not have painted a time frame when this film could have been more important. It premieres at Sundance one day and then the inauguration happens the next.” (Shenk and Cohen will participate in the Jan. 21 Sundance protest march, though Gore’s plans still are unclear.)

Even when the documentary cameras aren’t following him around, though, it’s clear that battling climate change is a 24/7 preoccupation for Gore. Practically everything in his office, from the sleek rocking chair to the ukulele sitting behind his desk, is made of sustainable wood (in the ukulele’s case, that would be beetle-killed pine). He drives an electric vehicle, naturally, and for his Sundance trip will fly commercial. “I do not own a private jet,” he notes. “Never have. And everything I do is completely offset with carbon credits. I do everything I can to walk the walk as I talk the talk.” He even eats like an environmentalist; four years ago, he became a vegan, partly for health reasons but also to cut back on his carbon footprint (meat-eaters’ greenhouse emissions are twice as high as vegans’ due to the methane released by livestock). 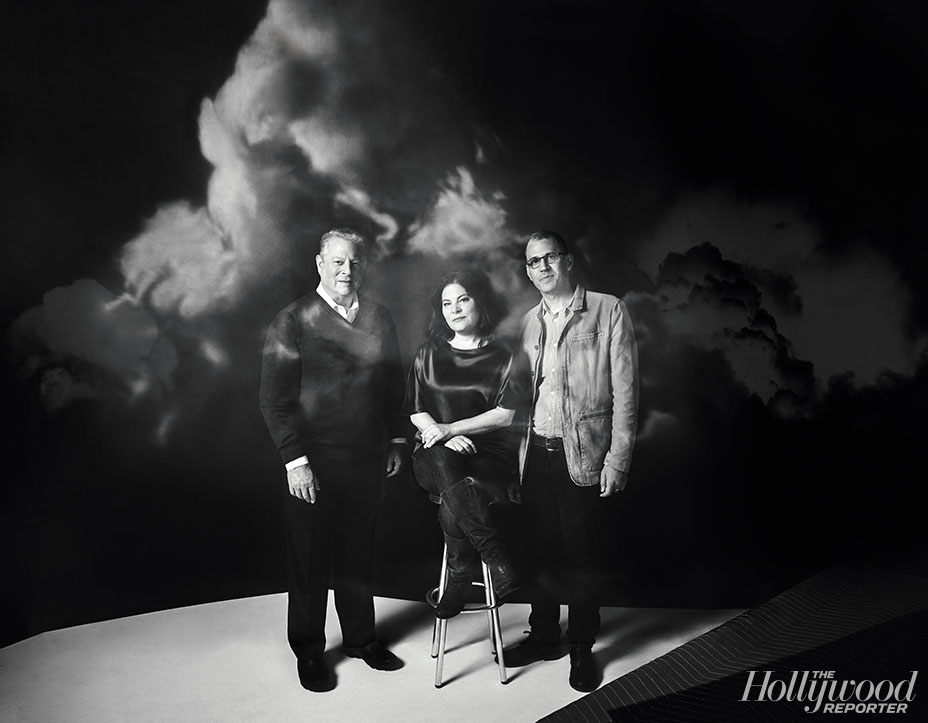 Here in Tennessee, his life has settled into a quiet rhythm, his faithful dog Bojangles often by his side (the black Lab mix insists on sitting in for most of this interview and whimpers outside the closed door on the one occasion he’s locked out). Gore rises at 5 a.m. and is asleep by 10 p.m. Still, he keeps one foot in Hollywood, with his daughter Kristin, who wrote the David O. Russell film Accidental Love, often playing consigliere. “Kristin has introduced me to a lot of her friends who are actors, writers, directors, producers,” he says. Gore counts fellow Apple board member (and Disney CEO) Bob Iger among his closest Hollywood friends, as well as Alan and Cindy Horn and Brian Grazer.

The eldest of his four children, Karenna, is the director of the Center for Earth Ethics at Union Theological Seminary. In that post, she has met the one world leader Gore would love to befriend, the equally eco-minded Pope Francis. “I’d be so honored,” he says. “When [his 2015 Environmental Encyclical] came out, I was blown away by the clarity and forcefulness of the Pope’s message, and I really cannot overstate the degree of respect I have for him as a leader in the world today. I was fascinated to see how viciously he was attacked by climate deniers as soon as he spoke up.”

In the decade since the first documentary, many of Gore’s dire climate predictions have come true — 2015 was the warmest year on record, with scientists predicting that storms like Hurricane Sandy will become more frequent. But deniers remain unpersuaded. And during that same decade, there has been a violent climate change on the internet as well. Gore’s reappearance on the big screen is sure to superheat certain blogs. “Ten years ago I thought a troll was something that lived under a bridge,” says Guggenheim of the anti-Gore outbursts he already has seen online. “In the last 10 years, I’ve noticed that there’s no more graffiti inside bathroom stalls. It’s now in places like The Drudge Report.” 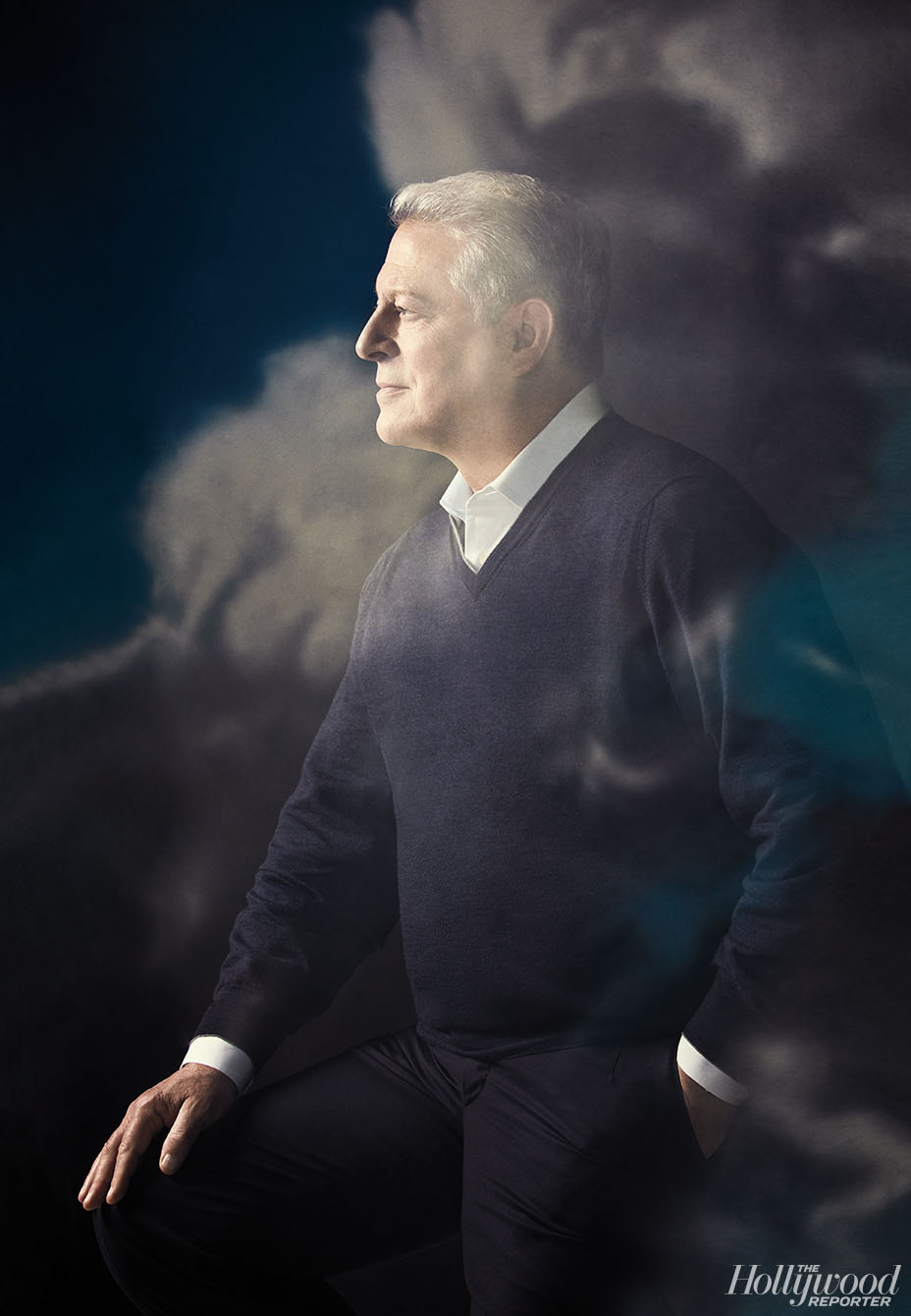 These days, though, Gore’s politics are not quite as predictable as the weather. His single-minded commitment has led him to making some strange bedfellows. On the one hand, he isn’t shy about criticizing President Obama for failing to push for a cap-and-trade plan during his first term (“His second term was far better,” he adds). On the other, he’s surprisingly friendly toward Putin, speaking of him with almost Trump-like admiration. “I first met him when he was deputy mayor of St. Petersburg back in the early ‘90s,” Gore says of the Russian strongman. “He’s come some distance in his views on climate, [and] Russia did not play a blocking role in Paris at all. Putin gave what I regarded as an excellent speech in Paris, and I was glad to hear it.”

Then again, perhaps Gore simply is doing with Putin what he does with everything — looking for light in the dark. Sitting behind his desk in his eco-friendly office, sipping his second cup of black coffee during the interview, he is nothing if not brimming with hope and resolve (or maybe it’s caffeine). He’s even convinced he can turn Trump around. “I’m going to keep the confidence of the president-elect for now,” he says of his ongoing dialogue with the new leader of the free world. But if it turns out he’s wrong, if Trump won’t budge on climate change, Gore is prepared for that, too. “I and others are ready to do battle if that’s necessary,” he says. “And I have a feeling that to some degree, it will be.” 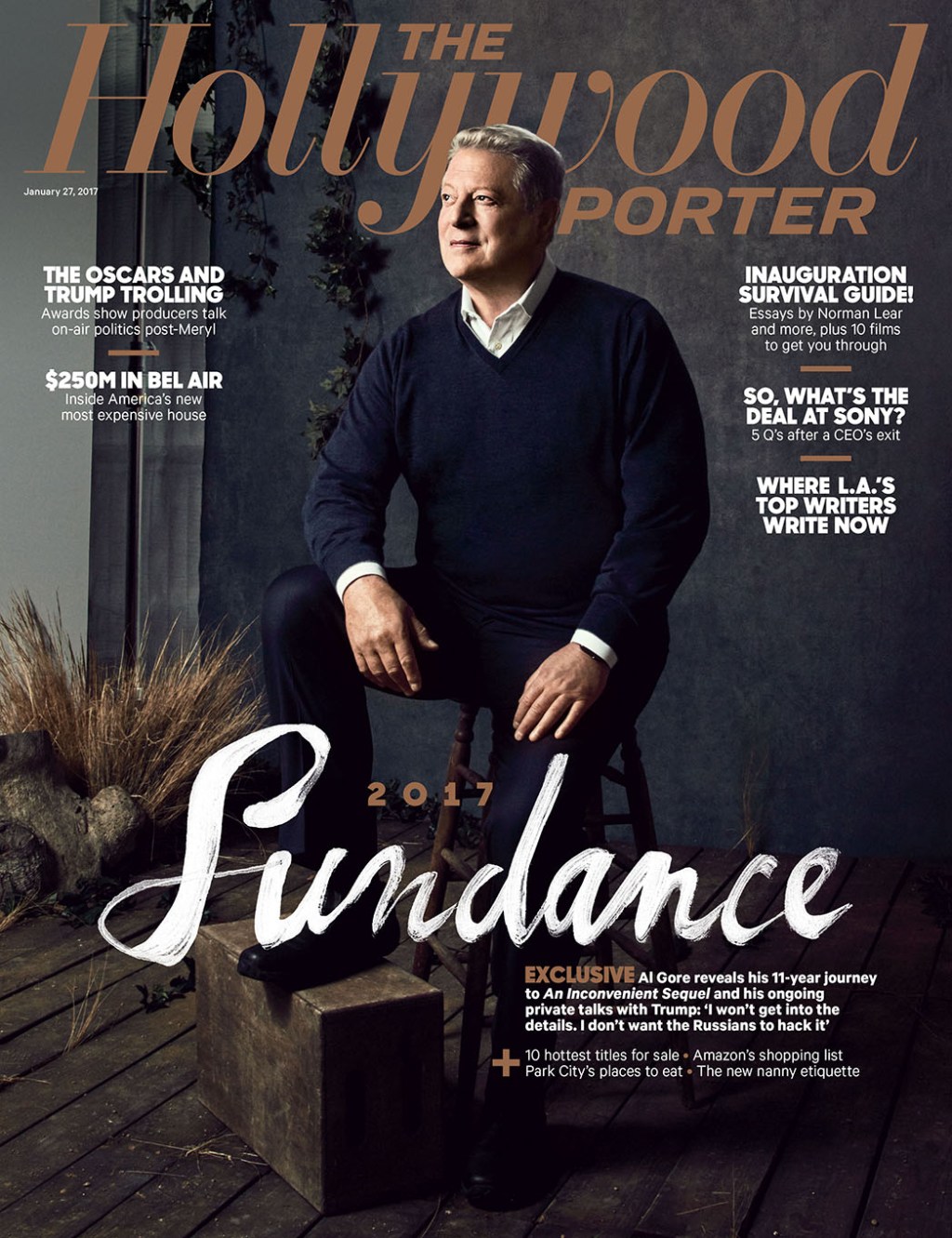