Alan Parker, the versatile British writer-director and two-time Oscar nominee who came from the world of commercials to make such features as Fame, The Commitments, Midnight Express and Mississippi Burning, has died. He was 76.

With his range of eclectic movies — many ending on a downbeat note — Parker was fluent in several genres. “I like to do different things each time” as a way to stay creatively fresh, he said. He received the British film industry’s highest honor, the Academy Fellowship, in 2013.

Parker also displayed a deft touch with such serious fare as the Oliver Stone-written Midnight Express (1978), a gripping tale about a young American (Brad Davis) imprisoned for five years in Turkey for drug-dealing, and Mississippi Burning (1988), about two FBI officers (Gene Hackman, Willem Dafoe) investigating the disappearance of three civil rights workers in 1964. Both films earned Oscar noms for best director and picture.

At the Academy Awards, Parker lost out to The Deer Hunter‘s Michael Cimino in 1979 and to Rain Man‘s Barry Levinson in 1989.

He also was not reluctant to push the aesthetic envelope. Angel Heart, his 1987 New Orleans-set horror thriller that starred Mickey Rourke, Lisa Bonet and Robert De Niro, opened amid controversy when it was initially rated X by the MPAA.

In 2015, Parker announced that he was through with the movie business.

“I’ve been directing since I was 24, and every day was a battle, every day it was difficult, whether you’re fighting the producer who has opinions you don’t agree with, the studios, whoever it is,” he said. “Film … is hugely expensive, and the moment it gets expensive, you’ve got people you have to serve.

“You duck under the ropes and you get into the ring and I’ve been punching out all my life to fight for the work. Everybody’s who’s ever worked with me knows I fight for our right to make our movie the way we want to do it.”

An only child, Parker was born Feb. 14, 1944, in Islington, a working-class section of London. His mother, Elise, was a seamstress and his father, William, delivered the Sunday Times and later was a house painter.

After attending school at William Tyndale Primary and Dame Alice Owen’s at the Angel, he landed jobs as a copywriter at the advertising agencies Maxwell Clarke, PKL and then CDP, the legendary ad firm run by Colin Millward. There, he started making commercials.

“My ambitions were not to be a film director, all I wanted to be was a creative director at CDP … until suddenly television commercials got that much more important, and the agency was transformed,” he said. “I was at the point when [CDP] did the best commercials, and I was lucky enough to be part of that world.”

At CDP, Parker had briefly crossed paths with David Puttnam, and with the encouragement of the future Chariots of Fire producer, he wrote a script for Melody (1971) that weaved around songs from the Bee Gees and was inspired by his school days. (Puttnam produced that film as well as Bugsy Malone and Midnight Express, and the two would be friends for life.)

He formed the Alan Parker Film Co. to craft commercials for such companies as Benson & Hedges and Parker Pens, but he would move more and more into the entertainment business as time went on. It was a path followed by his British contemporaries Ridley and Tony Scott, Adrian Lyne and others.

“As I was first to make the transition from the world of commercials into feature films, I think I was extra sensitive to the criticism, that in some way we weren’t ‘legitimate’ — a bunch of vulgar salesmen selling a product with flimsy intellectual credentials,” he said in a 2017 interview. “So I stopped making commercials altogether in order to be taken seriously as a filmmaker.” 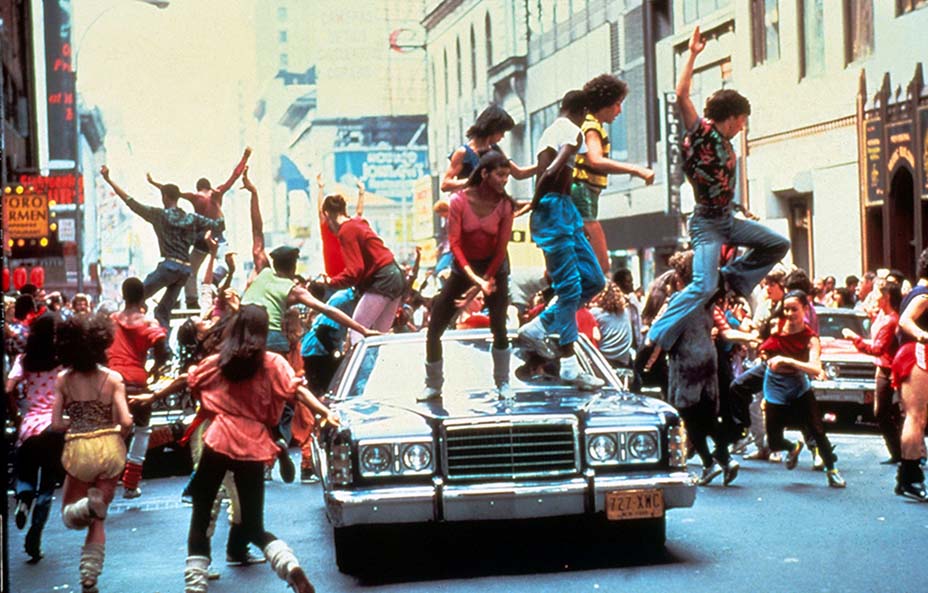 In 1976, Parker won the first of his six career BAFTA honors for directing The Evacuees, a BBC film about two young boys being evacuated during the Blitz.

He had been doing a lot of commercials with kids and had four children of his own, all under 9, at the time.

“I started with Bugsy Malone, which was like a ridiculous pragmatic exercise to try to get any kind of film done, and then I did Midnight Express,” he said in a 2017 British Film Institute interview. “And they were such opposite kinds of films that it sort of set me in a pattern of doing different things each time.”

That led him back to youngsters and Fame, about students at an arts high school in New York. Then, after tackling heavy subjects in Angel Heart, Mississippi Burning and Come See the Paradise, he wanted to do something fun, and that was the exuberant The Commitments, about amateur musicians in Dublin forming a soul band.

“To do something that actually entertains people and makes them smile and leave the cinema happy is quite an achievement,” he said, “and it’s not easy to do.”

In 1985, Parker had written and directed the documentary A Turnip Head’s Guide to the British Cinema. Produced by Kevin Brownlow and David Gill, it lambasted the British film establishment. (Somewhat ironically, Parker would become BFI chairman in 1998.)

He was appointed Commander of the Order of the British Empire by Queen Elizabeth II in 1995 and knighted in 2002.

Survivors include his second wife, Lisa Moran-Parker; his children, Lucy, Alexander, Jake, Nathan and Henry; and seven grandchildren. In recent years, he spent his time painting.

“I’ve lived a charmed life,” he said. “I’ve been in absolute control of my work, even though I work in a very difficult area of the Hollywood machine. They’ve not interfered with what I’ve done, and therefore if my films end up well or if they’re not liked, it’s no one’s fault but mine.”