Continue to The Hollywood Reporter SKIP AD
You will be redirected back to your article in seconds
Skip to main content
August 28, 2018 11:10am
Logo text

In a move that echoes last year’s discovery of political propaganda in the pages of an X-Men comic book, it has been revealed that a recent issue of Marvel’s Amazing Spider-Man features the hero wearing the logo of an anti-Mormon movement on his costume.

The Amazing Spider-Man No. 4, released Aug. 22, features a scene in which Spider-Man — who has been separated from Peter Parker through a scientific MacGuffin and therefore possesses none of his trademark responsibility — appears sporting a number of logos as the result of new corporate sponsorships. Of the eight logos seen in the image, some bear resemblance to existing companies — most notably a near-perfect copy of the Apple logo — but only one specifically references something real: CES Letter, a book described as “one Latter-Day Saint’s honest quest to get official answers from the LDS Church on its troubling origins, history, and practices.”

Ryan Ottley, the artist of the issue, is believed to have confirmed the reference on Reddit in a now-deleted post — which was screenshot and posted on a Mormon message board — describing it as “a little Easter egg.” (Although that post is deleted, the screen name matches a post identifying Ottley’s identity and occupation.) 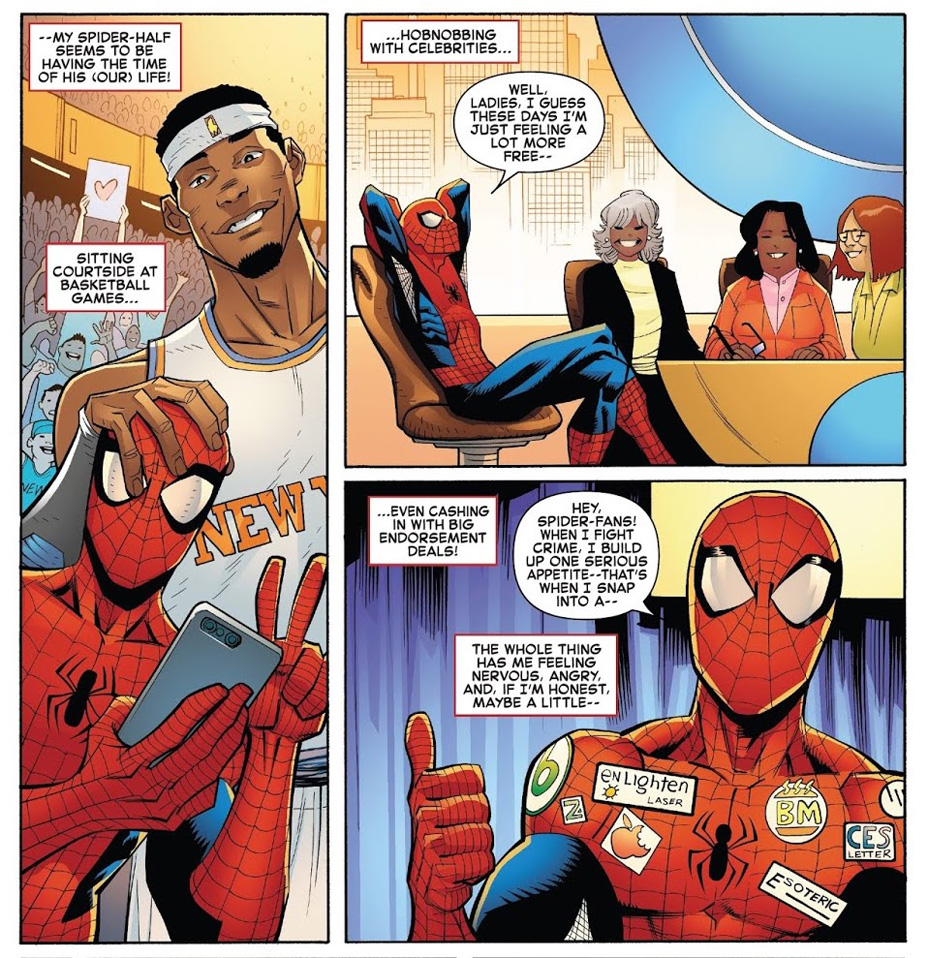 Unlike the response to Ardian Syaf sneaking references to then-Jakartan Gov. Basuki Tjahaja Purnama into the artwork for X-Men: Gold No. 1 last year — the issue was withdrawn from digital circulation, then reissued with edited art, and Syaf was dismissed by the publisher — Marvel has yet to react to the discovery of Ottley’s reference, even as commentary begins to appear online.