It’s a fact that many might consider unimportant, but for the Cairo-born, London-raised 30-year-old, being given this name was a major achievement and one that he had to fight for, pitching his case to convince the producers who wanted to go with something more Mediterranean.

“As simple as it may sound, it speaks volumes,” he says, adding that it’s “very uncommon” for him, as an Arab, to play a “Ben”. “What it does, subconsciously, is change people’s views of what someone looks like when they’re called Ben, or James, or anything like that.”

El-Masry hopes that his victory in keeping the name (which was in the original script prior to him being cast) will offer encouragement to other Arab actors starting out. They, too, can hope to play a range of characters rather that just pigeonholing themselves into stereotypical roles, which is what he says he had to do early on in his career.

It’s a career that might have looked somewhat different were it not for a chance encounter with perhaps the most famous Arab actor in Hollywood history — the late, great Omar Sharif — in Paris. 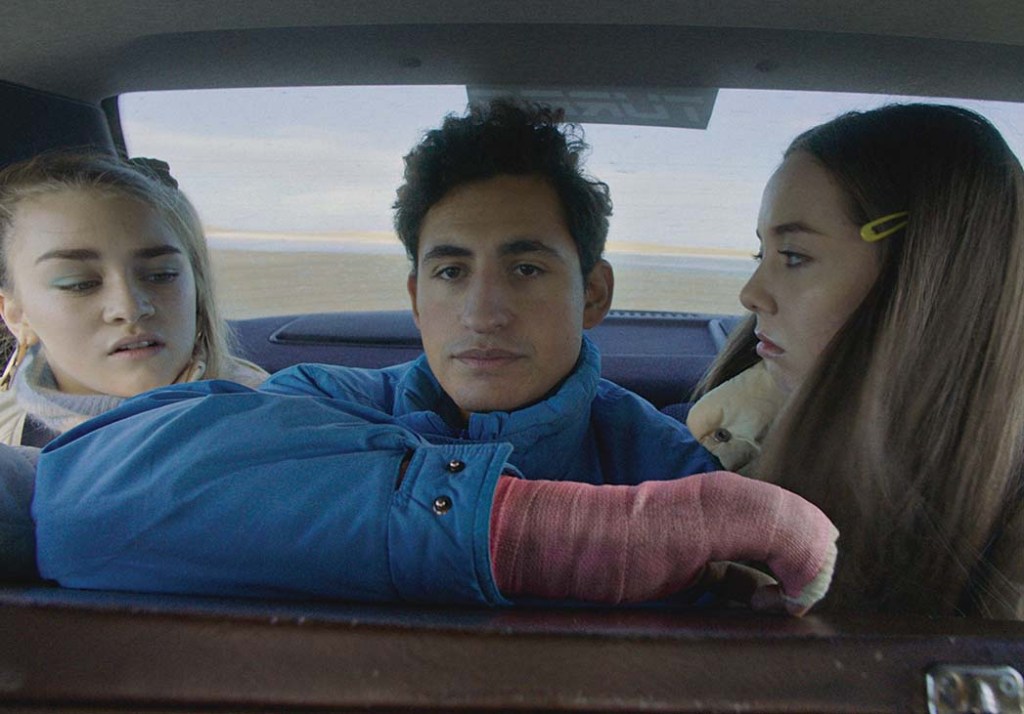 In an all-too-perfect-sounding series of events, the screen icon had struck up a friendly conversation with El-Masry’s dad, a fellow Egyptian, at the same time an 18-year-old El-Masry happened to be visiting from the U.K. Father and son ended up spending two hours with the Lawrence of Arabia legend, who offered advice about navigating the industry, and then gave them his own tickets to the premiere of his latest feature, 2008’s Hassan and Marcus, as he didn’t want to attend.

There, the teenager got to speak to the director, and from that conversation he landed his first screen role in the Egyptian family comedy Ramadan Mabrouk Abul-Alamein Hamouda. The film — in which he played the spoiled rich kid of a government minister — was a huge local hit, earning numerous local awards and putting its teenage star atop many local director’s wish lists.

But rather than seek to build his name in Egypt, El-Masry returned to London to study at the noted drama academy LAMDA. It was only when he left school in 2013 that he realized he faced a different path than his fellow graduates, whom he says were “struggling to get in the room for Downton Abbey.” This wasn’t a problem for him — it was simply never going to happen. Instead, El-Masry was being seen for mostly terrorist-type roles — two-line parts in films he admits left him feeling cold.

“I think it was just important to box myself in back then in order to survive,” he explains. There were a few notable parts though, including one in Jon Stewart’s directorial debut Rosewater; Star Wars: Episode IX — The Rise of Skywalker; and the BBC/AMC spy drama The Night Manager. But mostly he would go back to casting directors hoping they would give him a go on something else.

Limbo — a festival favorite that was given the coveted Cannes 2020 badge, landed two BAFTA nominations and hits theaters April 30 — was a role he really went for after reading writer-director Ben Sharrock’s script, the first to make him “laugh and cry.” El-Masry plays Omar, a Syrian musician who has fled the deadly conflict at home with hopes to settle in the U.K. but finds himself placed on a remote Scottish island with fellow asylum seekers waiting for their applications to be processed. 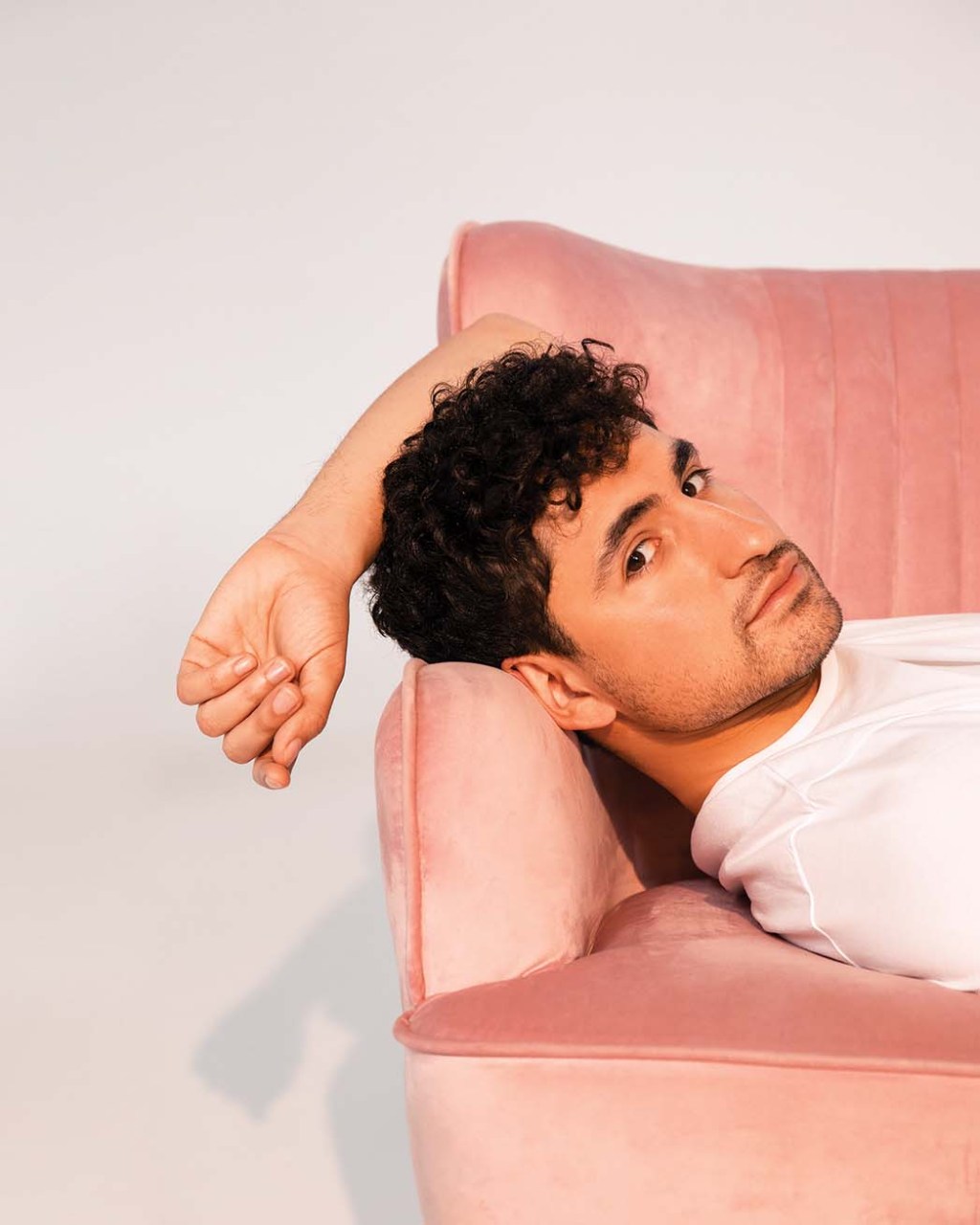 El-Masry admits he was “very tentative” at first over fears that producers would commercialize the film with a cliche white savior figure. But Limbo does anything but, putting Omar at the forefront, with El-Masry deftly moving between touching moments and scenes of absurdist farce (many courtesy of the island’s peculiar locals), and — most importantly — giving its characters more depth than simply war-ravaged victims. “Throughout the film, Omar is constantly talking about Syria in such a positive light and saying that he actually wants to go back,” he says. In its review, THR says the actor “gives a soulful, quietly hypnotic performance.”

Alongside having sparked an influx of scripts — “many that don’t have anything to do with background” — Limbo also has reignited El-Masry’s star in Egypt, where the film won the top prize at the Cairo Film Festival in December. He recently returned to London after shooting an Arabic feature there and now hopes to “keep feet in both territories.”

El-Masry — who in lockdown helped launch MENA Arts, a U.K. initiative to create a community of industry professionals connected to the Middle East and North Africa and push for “bigger inclusion” — will next star in Steven Knight’s BBC series SAS: Rogue Heroes, recounting the formation of the British special forces army unit during World War II. While it might sound like a project that could return to the stereotypical tropes of old, he claims the three-dimensional nature of his role is very refreshing.

“In terms of his character, his Egyptian heritage, how he talks, it’s definitely new territory,” he says. “I have no problem playing anybody of any heritage, it’s about the character and whether it poses a new challenge for you.”