At the Los Angeles premiere of I Feel Pretty on Wednesday night, stars Amy Schumer and Busy Philipps looked really, really pretty. The film follows Schumer’s character, a regular-sized woman, as she falls and suffers a concussion that rewires and boosts her self-esteem. (Some critics have already attacked the premise, saying that it body-shames Schumer’s character.) On CBS This Morning, Schumer said she kept it real during filming, too, refusing to be retouched: “You see my cellulite. You see my, my rolls, whatever. … It’s like, I feel great.”

Amy Schumer Refused to Be Retouched in 'I Feel Pretty'

The theme carried over to the red carpet, where Schumer went with Brandon Maxwell, a designer who has championed size inclusiveness and sells on the site 11Honore. He created a vivid-colored custom gown, styled by Lessa Evans. Schumer told THR she’d like to be buried with her stylist and we can see why. 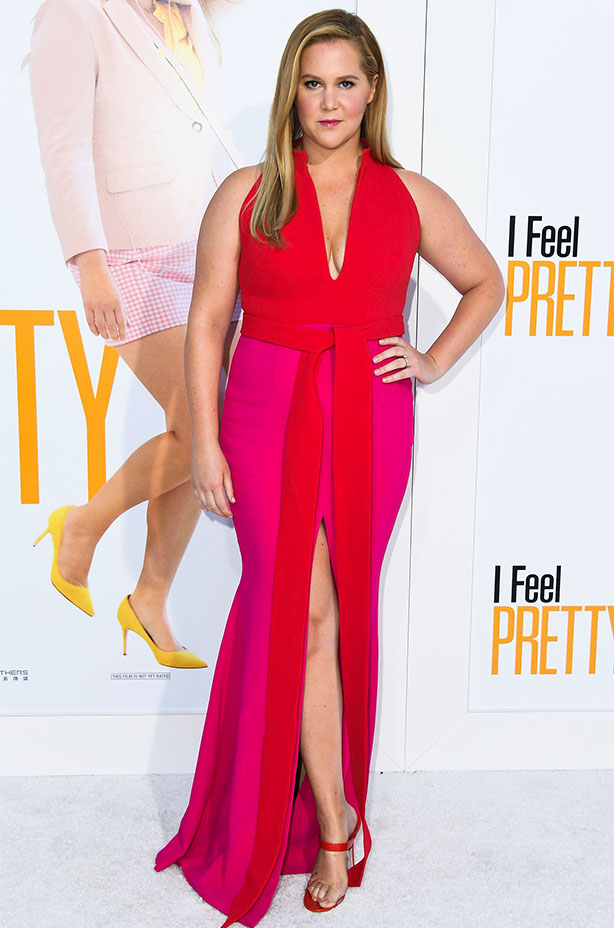 Meanwhile, Philipps wore a black sleeveless princess gown covered with sparkles by Christian Siriano, who has made inclusiveness a cornerstone of his business. Longtime stylist Karla Welch fashioned the look with an Edie Parker clutch and Giuseppe Zanotti sandals. 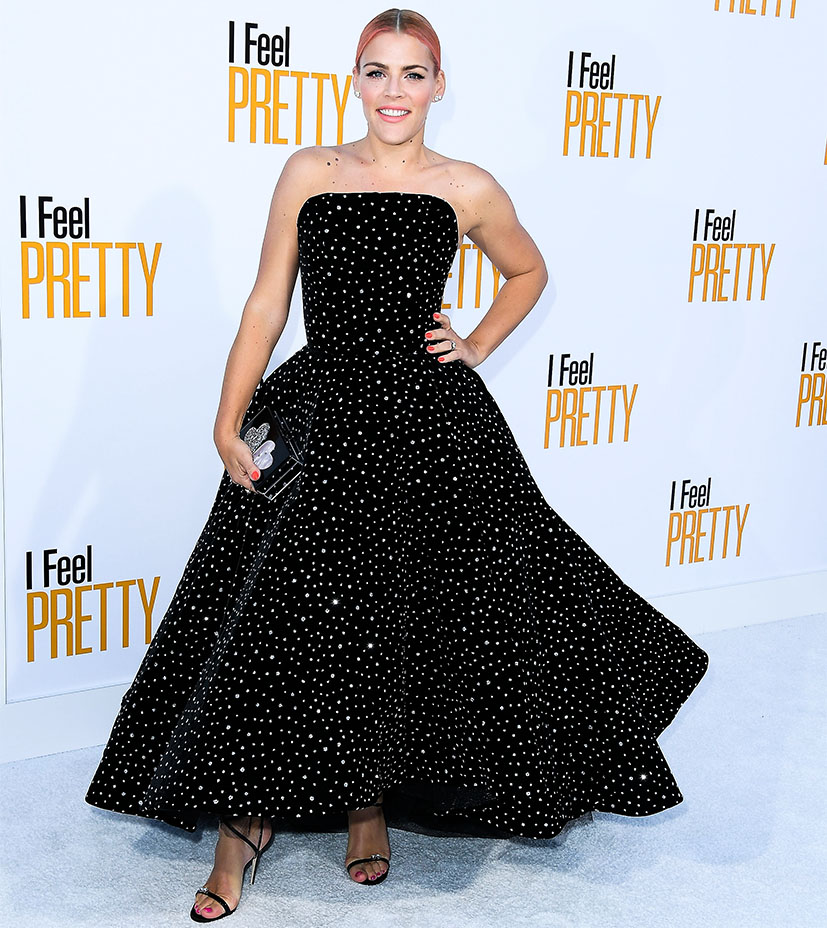 Siriano has a history of dressing women of all sizes. After Leslie Jones tweeted no designer would dress her for the 2016 premiere of Ghostbusters, he offered her a red, off-the-shoulder gown, to much applause. At his 10th anniversay NYFW show, Siriano showed gowns of all sizes. Overall, the designer is having a great week; his first-ever boutique, The Curated NYC, opened Tuesday evening.