Anastasia is nearing its Broadway debut, and its leads are all dressed up for the occasion.

Christy Altomare, Derek Klena and Ramin Karimloo — who star in the Broadway show inspired by the Twentieth Century Fox motion pictures — posed for the stage adaptation’s first press photo, as revealed exclusively by The Hollywood Reporter. Directed by Tony winner Darko Tresnjak (A Gentleman’s Guide to Love and Murder), the new musical begins previews March 23 ahead of its April 24 opening at the Broadhurst Theatre.

The shot of the stars captures their characters’ dynamic while also bringing the 1997 animated film’s climactic scene at the Palais Garnier Opera house to mind: Altomare, in a midnight blue gown, is at the center as the titular Russian princess, with a dressed-up Klena (right) looking longingly at her as love interest Dmitry.

Meanwhile, a suited Karimloo (left) grimaces over his shoulder toward her as Gleb, the show’s new villainous character — a former Russian revolutionary initially attracted to the heroine Anya, but later determined to stop the orphaned amnesiac from returning home when it appears that she might be the youngest daughter of Russia’s last Tsar, Nicholas II.

Spanning the twilight of the Russian Empire through the glamor of 1920s Paris, the project reunites librettist Terrence McNally, composer Stephen Flaherty and lyricist Lynn Ahrens, the team behind the Tony-winning musical Ragtime. The show — featuring more of a historically based plot than the film’s supernatural one — also incorporates a number of songs by Ahrens and Flaherty from the original movie, including the Oscar-nominated “Journey to the Past.”

See the full photo below. 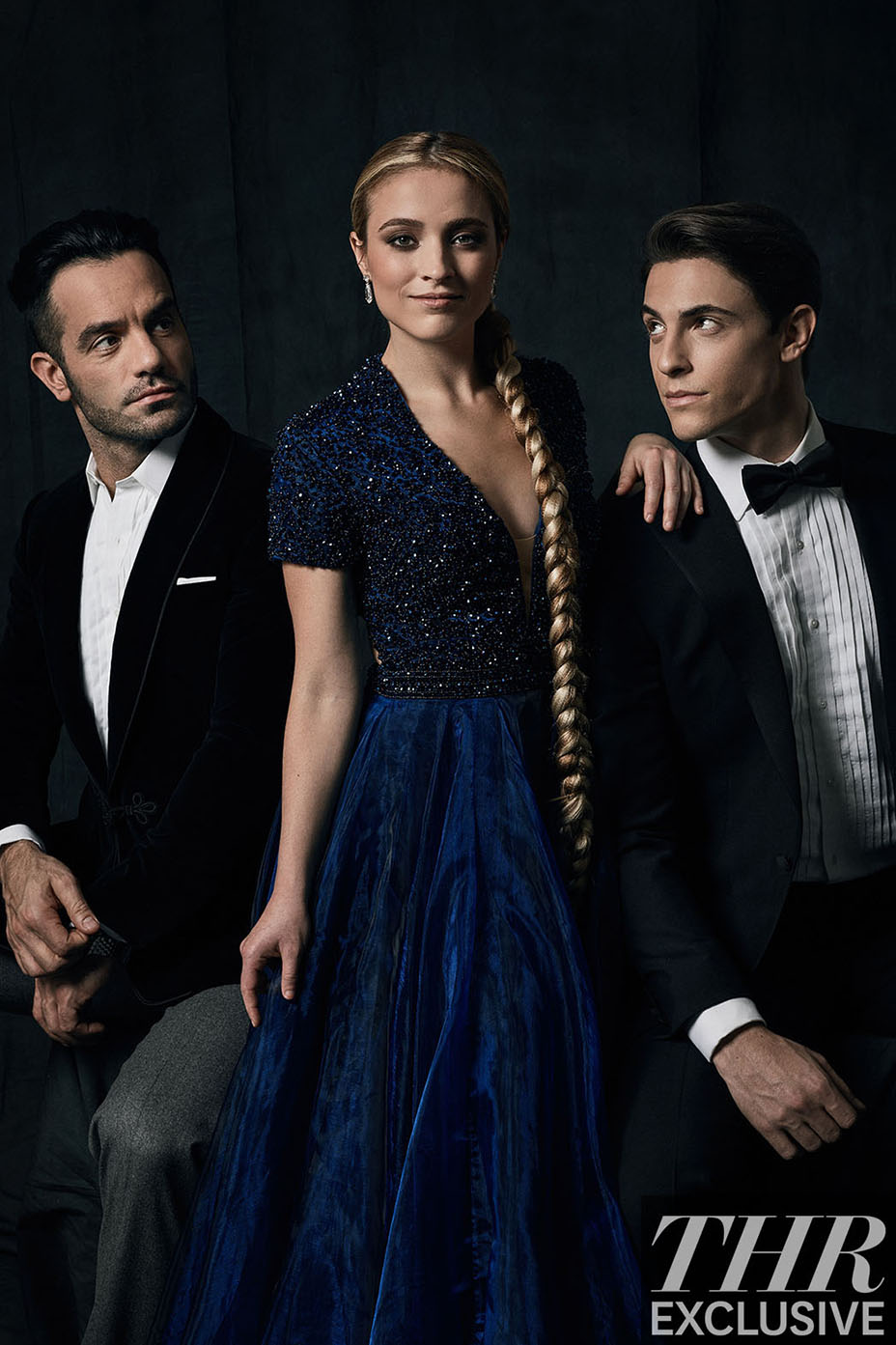