The post-Oscars party landscape in Los Angeles looked nothing like years past, with only a handful of gatherings across the city due to the ongoing COVID-19 pandemic. One of those bashes belonged to best actress nominee Andra Day who held court inside private membership club Spring Place L.A.

Day, who turned heads at the ceremony in Vera Wang and more than $2 million of Tiffany & Co. diamonds (and for calling “bullshit” during the show for Prince’s “Purple Rain” not receiving an Oscar nod back the day), mixed and mingled with the cast and creative talent behind The United States vs. Billie Holiday. That included director Lee Daniels as well as actors Evan Ross, Tyler James Williams, Garrett Hedlund (arriving with girlfriend and new mom Emma Roberts), Miss Lawrence and Rob Morgan. Also there was model Winnie Harlow, DJ Kiss and executive producer of the film Hilary Shor. Per sources, the party was made possible through social distancing and rapid COVID-19 testing.

Day arrived to Spring Place, where she is a member, wearing her second custom Vera Wang dress of the evening but by that point, she had traded in heels for a pair of platform fuzzy black slippers. It was a good call as the festivities went well into the night according to a source, with many of the guests hitting the dance floor in between snacking on bites prepared by Spring Place chef Bernhard Mairinger. He also prepared one special sweet treat for the Oscar-nominated chanteuse: her mother’s famous peach cobbler paired with vanilla ice cream, the recipe for which was shared with Mairinger in advance.

More Spring Place special touches for Day: a spread of gardenias (her favorite flower) and custom cookies featuring the faces of cast members (Roberts was spotted grabbing some with Hedlund on them). But even with the spread, the first thing Day went for came courtesy of a server who offered her Flamin’ Hot Cheetos and old English malt liquor — an inside joke between her and her manager, a well-placed source tells THR. See images from inside the event below (Cheetos not included). 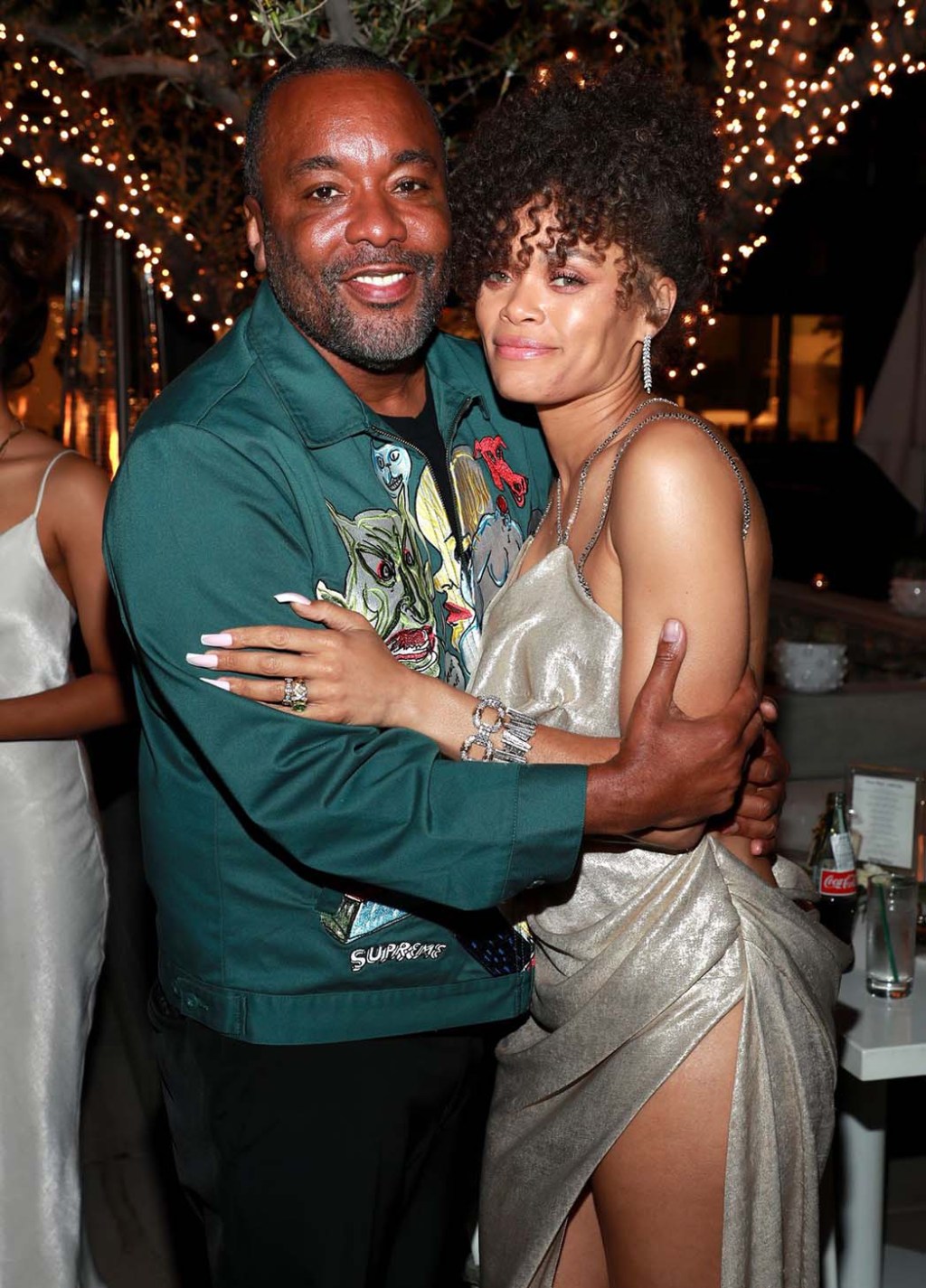 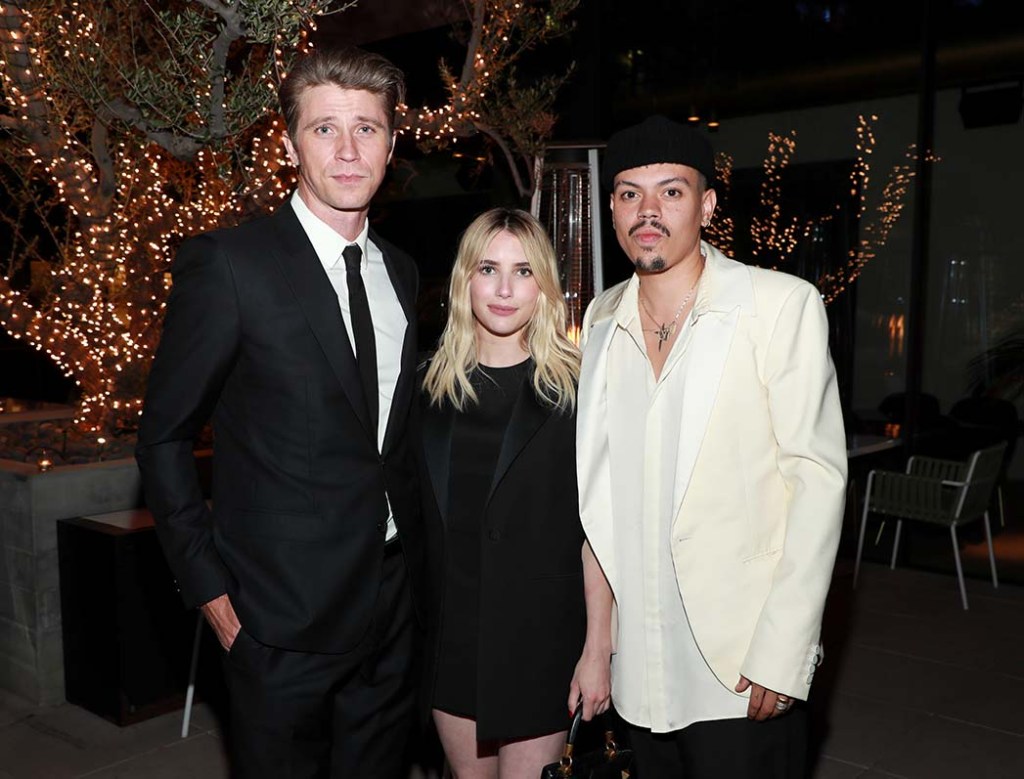 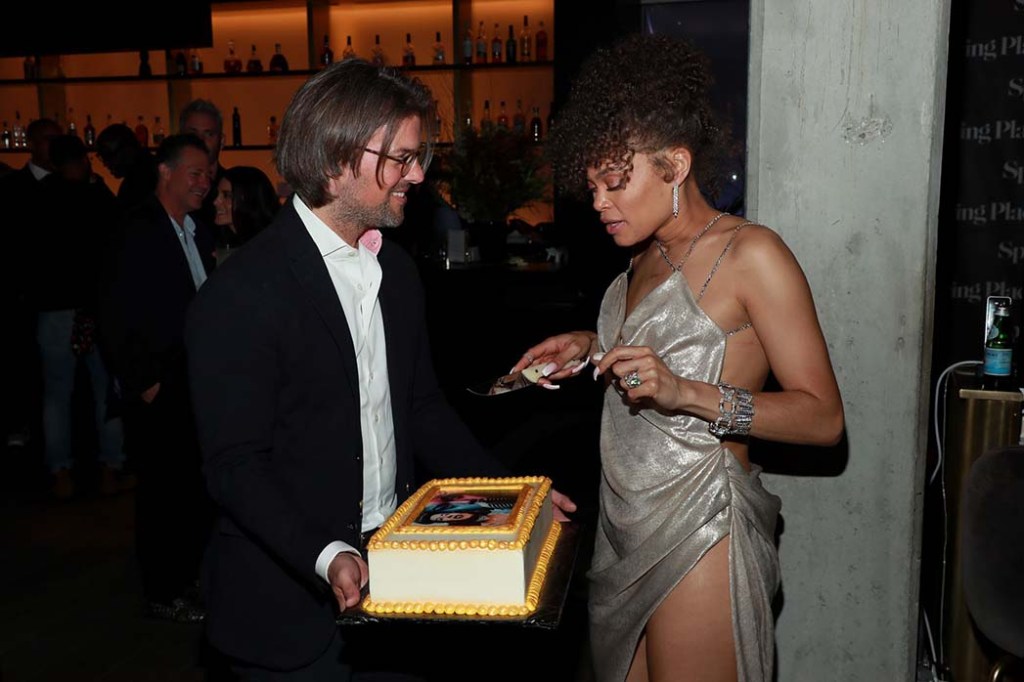