Angelina Jolie is a woman who wears many hats.

With no Hollywood or even Hollywood-adjacent projects in the pipeline to promote, the goodwill ambassador and special envoy to the United Nations High Commissioner for Refugees opened up to John Kerry about her political passion projects and discussed her Global Citizen of the Year Award from the United Nations Correspondents Association, as well as other light topics, including violence against women (Jolie co-founded the Preventing Sexual Violence in Conflict Initiative in 2012), the effects of climate change and what, exactly, it means to be both American and a citizen of the world. 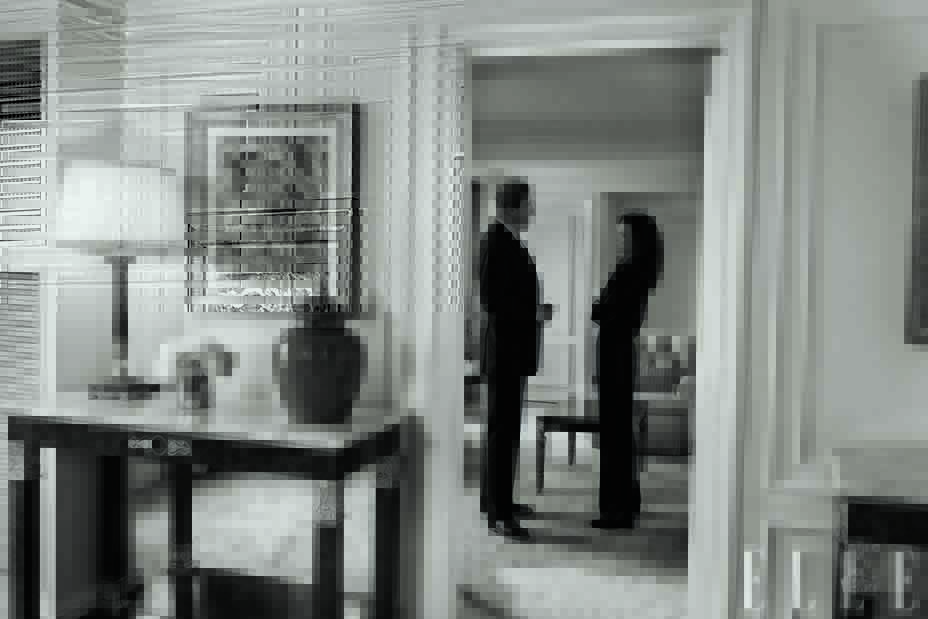 “I was quite anti-politics when I was young,” said Jolie of her work outside of Tinseltown. “I started working on human rights issues and meeting refugees and survivors mostly because I wanted to learn. I also had this romantic idea that I would get my boots on and be a humanitarian. But at a certain point, you realize that’s not enough. You have to find the root of the problem. And that, so often, brings you back to the law and politics.”

The actress turned humanitarian, educator and ambassador also spoke of raising her daughters in 2018, when women’s rights are at the forefront of the conversation. “I tell my daughters, ‘What sets you apart is what you are willing to do for others. Anyone can put on a dress and makeup. It’s your mind that will define you. Find out who you are, what you think and what you stand for. And fight for others to have those same freedoms. A life of service is worth living.'”

Of course, with Elle being a fashion magazine, there are plenty of beautiful images to accompany the story. Traditionally pegged as the spring fashion issue — second in magnitude only to the September issue — the March edition features Jolie in a range of elegant, structured workwear from the likes of Zac Posen and Brooks Brothers, which Posen also designs, and Akris.

The black-and-white images, photographed by Andres Kudacki, also show off two of Jolie’s children with ex Brad Pitt, Shiloh and Vivienne. The cover, a striking image of Jolie in a vibrant violet Saint Laurent look, was photographed by Mariano Vivanco. 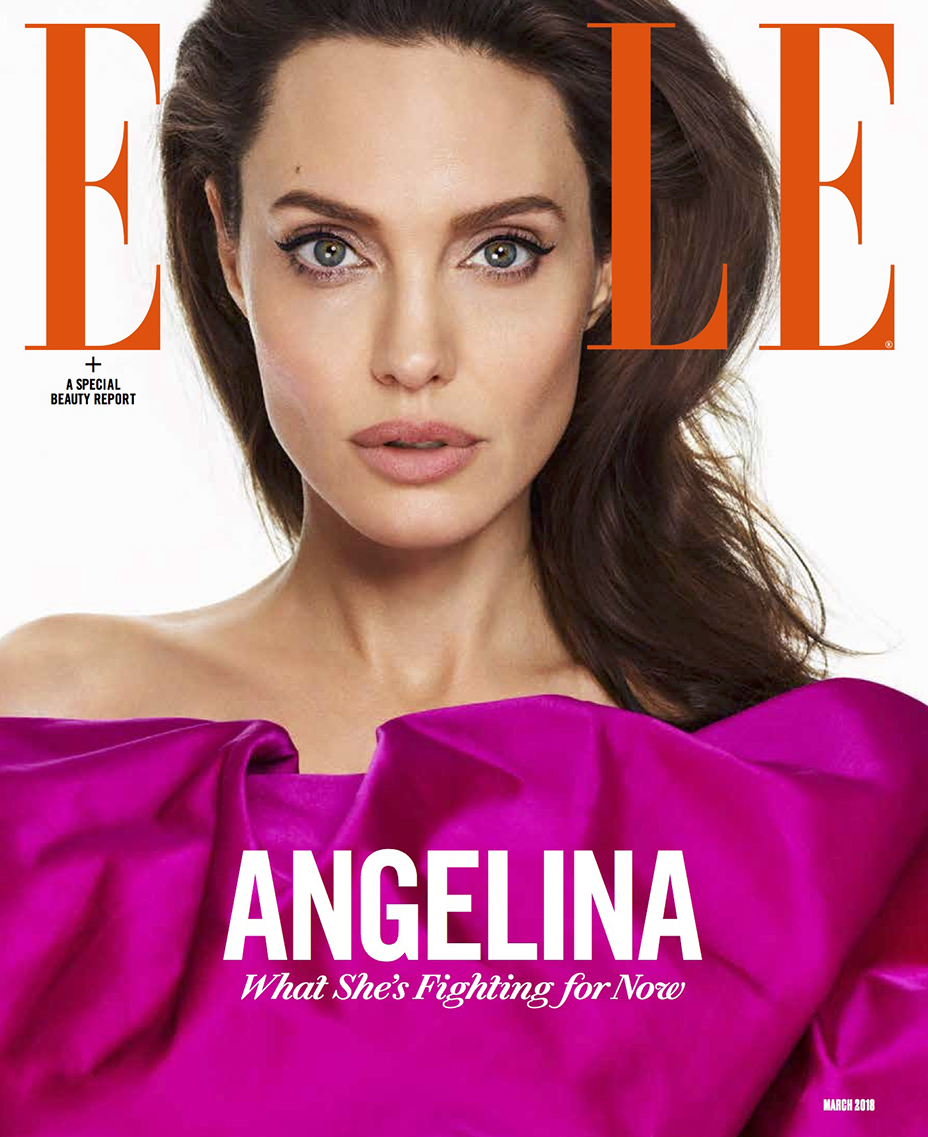