Few of Paramount’s films under Sherry Lansing proved as complicated as 2001’s Lara Croft: Tomb Raider, which needed an actress sexual enough to resemble the computer creation while accessibly human. Only one person could pull it off: Angelina Jolie.

It was early 2000, and the 24-year-old (soon to win an Oscar) was not yet a major star. She was plagued by damaging reports about her personal life, rumored to have dabbled in drugs and to have had an odd relationship with her brother, along with an even odder one with soon-to-be husband Billy Bob Thornton, whose blood she reportedly carried around her neck in a vial. “She definitely had some baggage and something of a dark reputation,” said director Simon West. “Funnily enough, that was one of my selling points: This troubled and dangerous aspect in her reputation actually helped the character.”

Lansing was concerned, especially when Jon Voight (Jolie’s father) and Jane Fonda (a family friend) called to warn her that the actress was extremely fragile. With Lansing’s blessing, West flew to Mexico to meet Jolie on the set of the thriller Original Sin. “She said: ‘Look, I want to do it, but I know what my reputation is, and I’ll do anything you want to prove that I’m worthy. I’ll be reliable, and I’ll turn up, and I’ll work hard,’ ” recalled West. “She said, ‘I don’t care if the studio wants to drug test me every day.’ ” 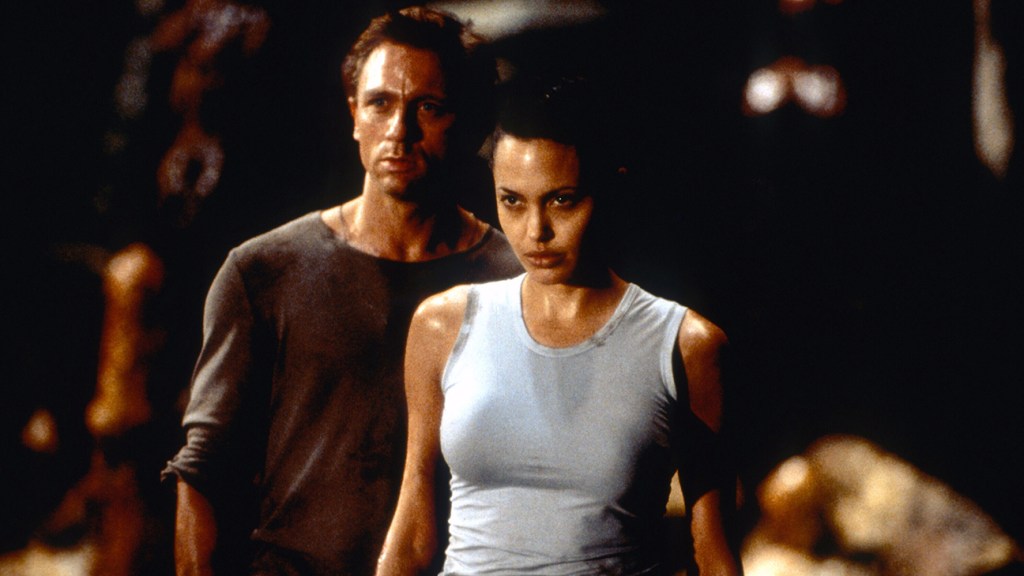 Lansing met with Jolie. “She was beyond beautiful,” she said. “She was smart, she was strong.” Negotiations commenced, and so did the drug tests. Said then-Para­mount president John Goldwyn, “We were sufficiently worried that we obliged her to undergo random drug tests — and not just urine tests but also blood tests.”

To everyone’s relief, Jolie passed. Even so, the studio and producers were concerned enough to talk about keeping an eye on their star. “We would put a team around her for two purposes,” said a member of the production crew. “One really was practical: to get her into great shape for the movie, not only in terms of appearance but to do what she had to do onscreen. Then there was this notion that we had to give her spiritual and psychological support.” 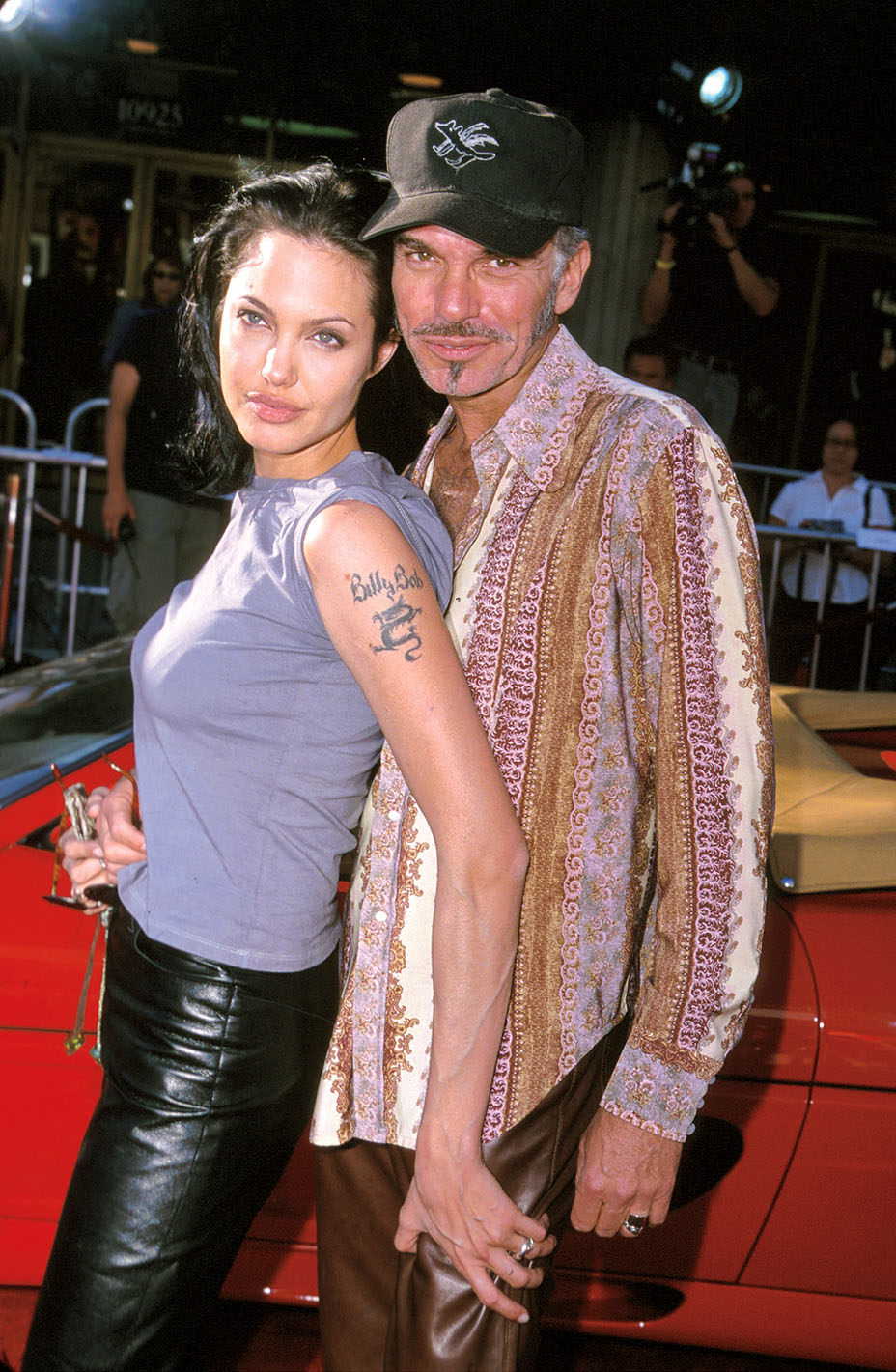 That’s when the real problems began. West suggested hiring Bobby Klein, a former photographer and therapist who he believed had the right kind of experience. “There were issues with the studio and producers being very nervous about Angelina,” he said. “There was a discussion with the group: ‘We’re looking for someone to oversee or keep an eye on her because we’re all making the film.’ That guy Bobby Klein came up as somebody who had worked in that world of psychotherapy or drug management or whatever. He was brought in to supervise Angelina.”

Relationships that had been tense became strained to the breaking point, and producer Larry Gordon, who had battled the studio over money and the script, bristled at Klein’s presence. “Simon West comes with this guy, Bobby Klein,” said Gordon. “He’s dressed all in black. He’s a weird-looking guy with a white beard and white hair. He’s very esoteric and gives me a thing that if you wear it, you can’t get cancer, some bullshit thing. [They said,] ‘He’s going to be a big help, and he’s going to do all these great things,’ and so on and so forth.”

As preproduction got underway in England, Klein asked to be placed in charge of Jolie’s physical preparation, even though a stunt coordinator was already working with her. After Klein insisted on employing a health expert who had been investigated by Scotland Yard, the production team balked. “[The expert] wanted her to have milk baths and started talking about yoga and meditation and wanted to be the point person in charge of Angelina’s training,” said Lloyd Levin, who produced the film with Gordon. “It was just this bullshit. It seemed like spiritual hokum.”

When Klein was then accused of sexually harassing West’s assistant, among other issues, he left the production. Gordon was ecstatic. “I said, ‘Angelina doesn’t want you around, and I never wanted you around, so your ass is gone. You can get your shit and go, or I can get security to throw you off the lot. You decide.’ He said, ‘I still get my expenses?’ I said, ‘Unfortunately, yes.’ “ 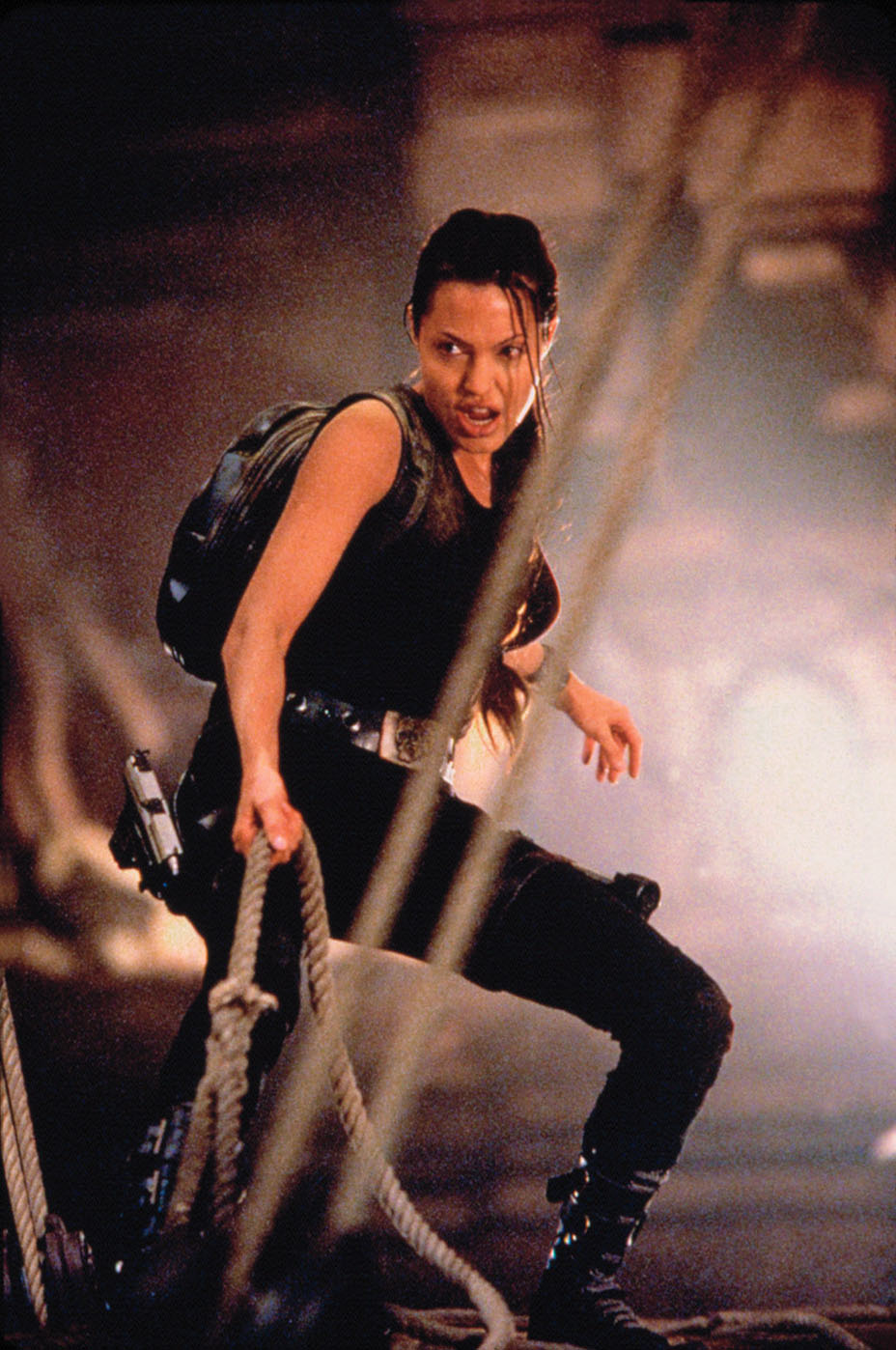 With Klein out of the way, Jolie was a dream. “In the dailies, she was riveting,” said Lansing. “She took what might have been a cardboard character and added a layer of mystery and emotion and humanity.”

Only at the end of the long, turbulent shoot did an accident occur, when the actress fell and hurt her foot. “It’s to be expected,” said Jolie. “After all the big stunts, I ended up hurting myself on a smaller stunt. A big jump over a statue, and I landed badly on my ankle. A partial tear, and I came back to work with a cane. Not very Croft.”

Tomb Raider made $275 million worldwide when it opened in June 2001, enough to warrant a sequel. Lansing had launched a new franchise at minimal cost to the studio and helped turn Jolie into a major star. And yet the experience left the studio chief feeling empty.

She had been bothered for some time by her growing awareness that the quality of pictures no longer seemed essential, that clever sales strategies could redeem all but the most abysmal of movies. When she revealed her fears to Rob Friedman, her vice chairman and a marketing expert, he dismissed them. “Don’t worry,” he said. “You can spend all this money to improve the picture, but it won’t make the tiniest difference to how much it brings in.” 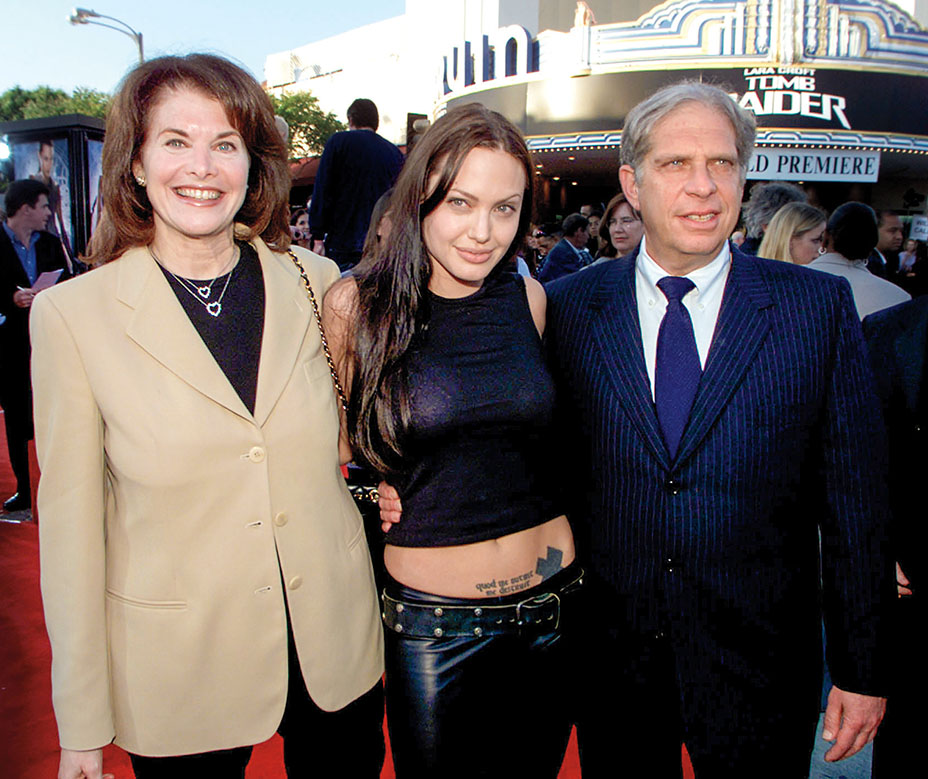 Adapted from Leading Lady: Sherry Lansing and the Making of a Hollywood Groundbreaker ©2017 by Stephen Galloway. To be released by Crown Archetype, an imprint of Penguin Random House, on April 25. It’s available for preorder now.

Sherry Lansing on Being "Painfully Insecure," Defending Cruise and Gibson and Post-Studio Life: "I Don't Miss Anything" (Q&A) 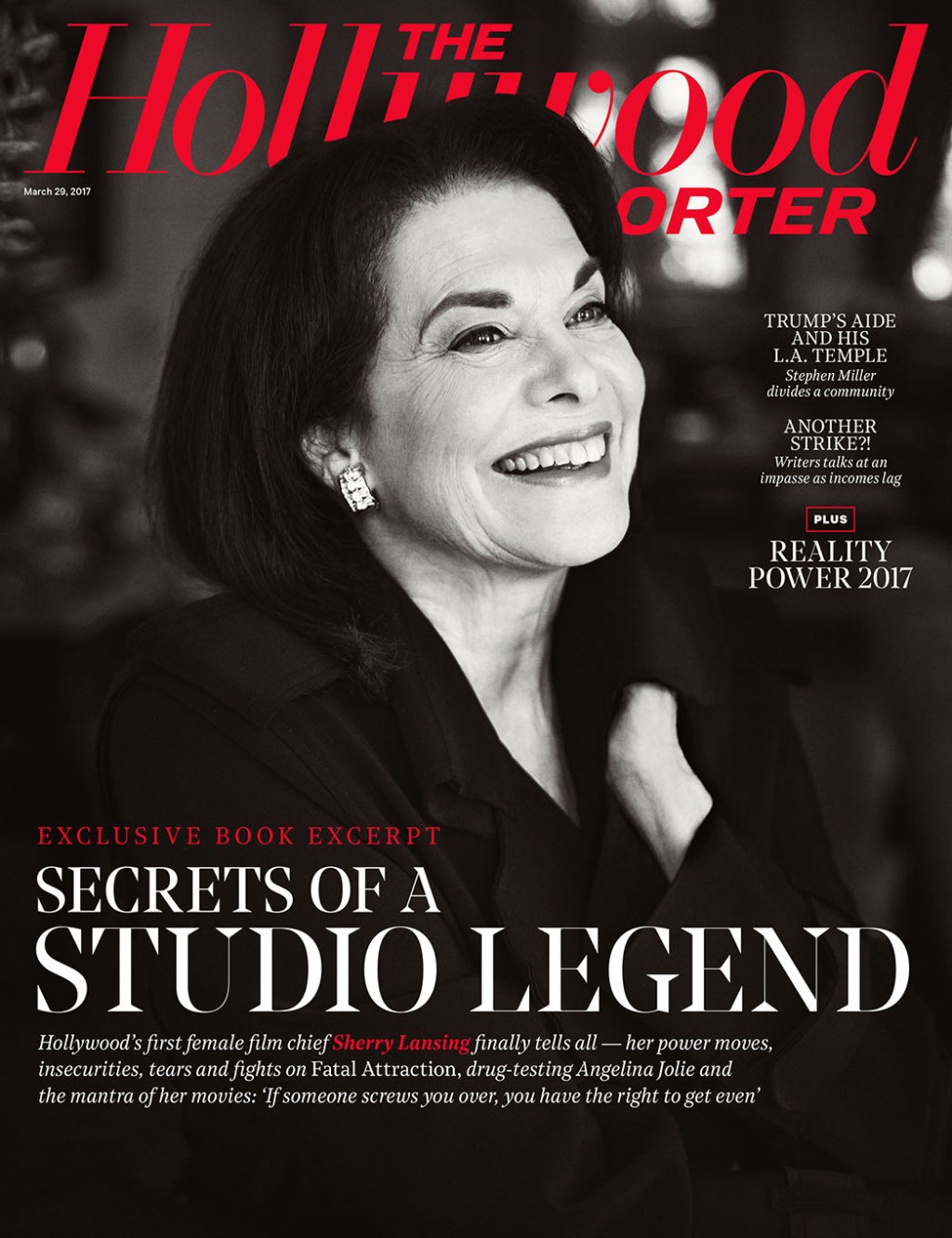 Sherry Lansing on Being "Painfully Insecure," Defending Cruise and Gibson and Post-Studio Life: "I Don't Miss Anything" (Q&A)